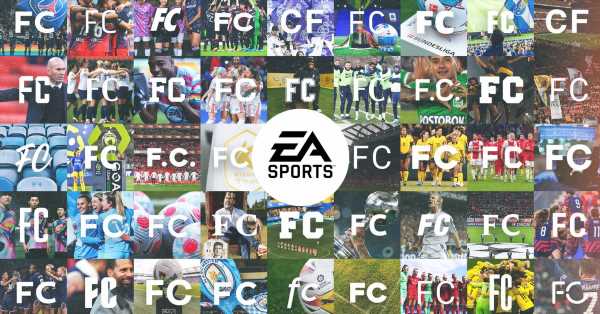 Electronic Arts announced Tuesday that this fall’s planned FIFA 23 will be the last title, in a nearly 30-year run, to carry the branding of world football’s governing body. Beginning in July 2023, EA Sports’ soccer flagship will be called EA Sports FC.

“The introduction of EA SPORTS FC will not impact any current EA Sports global football games, and EA and FIFA are excited to deliver the greatest, most expansive EA SPORTS FIFA ever later this fall,” EA said in a statement. “Our final FIFA product will also include more game modes, features, teams, leagues, players, and competitions than any previous edition.”

Last fall, Cam Weber, EA Sports’ general manager and top executive, said the company was reevaluating its licensing agreement with FIFA, considering the enormous patchwork of licenses the game already carried, from individual soccer leagues and teams, and what the FIFA brand actually added to the product. The same day, it was revealed that EA had filed trademarks in the U.K. for a game called “EA Sports FC.”

In Tuesday’s statement, EA chief executive Andrew Wilson said EA Sports FC will be “the largest and most impactful football club in the world, at the epicenter of football fandom.”

“For nearly 30 years, we’ve been building the world’s biggest football community — with hundreds of millions of players, thousands of athlete partners, and hundreds of leagues, federations, and teams,” Wilson said. “EA SPORTS FC will be the club for every one of them, and for football fans everywhere.”

Reading between the lines, the statement reveals how little FIFA’s branding actually brought to a game that also has exclusive partnerships with UEFA’s Champions League tournament, the English Premier League, most of Italy’s Serie A clubs, South America’s Copa Libertadores club championship, and other major brands not controlled or managed by FIFA. Tuesday’s statement from Electronic Arts mentioned that EA Sports FC will have “more than 300 individual licensed partners, giving players access to more than 19,000 athletes, across 700 teams, in 100 stadiums and over 30 leagues around the world.”

FIFA does own and control the branding for the World Cup and the Women’s World Cup, but those tournaments run every four years, and have traditionally showed up in an update to the main video game a few months before the real-life events begin. The last stand-alone World Cup title that Electronic Arts released was 2014 FIFA World Cup Brazil for PlayStation 3, Windows PC, and Xbox 360.

As a name, EA Sports FC not only eliminates a largely cosmetic expense, but also it returns some valuable brand space to a publisher that, officially, puts its name into every game’s title. The publisher’s soccer franchise has taken the FIFA name since 1993’s FIFA International Soccer for Sega Genesis, making FIFA the third-longest title partner in the publisher’s history, behind the Madden NFL series (1988) and NHL (1991).

In Tuesday’s statement, Weber said that EA Sports FC will be a continuation of everything players have come to expect from EA Sports’ FIFA series on PlayStation, Xbox, and PC. “Everything you love about our games will be part of EA SPORTS FC – the same great experiences, modes, leagues, tournaments, clubs and athletes will be there,” Weber said. “Ultimate Team, Career Mode, Pro Clubs and Volta Football will all be there.”

The statement also said that EA Sports FC’s new licensing structure will help the game “innovate in new areas around both women’s and grassroots football for the global community.”