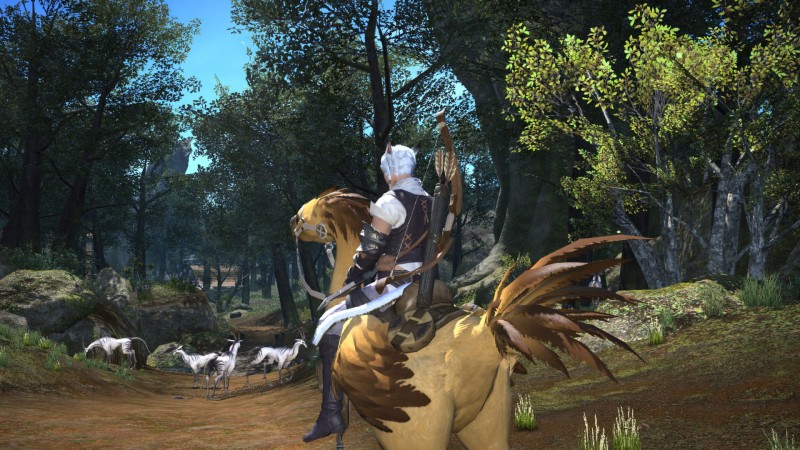 There’s few stories of death and rebirth in the MMO genre as compelling as Final Fantasy XIV. When the game first released, it crashed and burned, both critically and commercially. Square Enix was forced to tear the game down to its rivets and rebuild it as A Realm Reborn. Still, despite this turnaround, an MMORPG is only as good as its latest content, and Square Enix could have easily lost their audience with the first expansion titled Heavensward. Thankfully, they didn’t, and you can see that for yourself.

If you own any non-Steam version of current Final Fantasy XIV, which means either PC or PlayStation 4, you can now download Final Fantasy XIV: Heavensward for free. The PC version is free from Square Enix’s online store as part of its Golden Week sale, celebrating the Japanese collection of holidays in early May. You do not need to own the base game to claim it for later, but you need to own it to play Heavensward. On PlayStation 4, you can get it from the PS Store, but you have to own Final Fantasy XIV before you can lay claim to it.

If you really want to game the system, Twitch Prime is currently giving away a free copy of Final Fantasy XIV: Starter Edition, which is the game without any expansions, but that deal only lasts until May 3. After that, you’ll have to get the starter game from somewhere else if you want to take part. Heavensward itself will be free until June 27.