When Epic released Fortnite Chapter 2 it was coming off of one of the biggest and most surprising stunts an online game has ever pulled. One of the most popular games in the world had been dark for almost 36 hours, before it came back online with little fanfare. As part of this secrecy, Epic brought Fortnite back online with no patch notes. At first it seemed like a novel way to give players a new experience, but a week later players are starting to get restless.

On Tuesday morning, Epic released the first content update for Fortnite Chapter 2. We know it happened because there was a post on the Fortnite Battle Royale subreddit … and that’s it. No patch notes, no change list, no Tweet, no message. Just a post on Reddit that said “Downtime for patch v11.01 has begun,” then an update to let players know that the downtime had ended. With no notes, players were now left in the dark to wade into the new patch with no information on the changes.

One change that was quickly spotted, thanks to the sleuths on Reddit, was an increase in Battle Pass experience. The ridiculously low experience gain that Chapter 2 launched with was one of the community’s biggest concerns about the update, but it seems that Epic has quietly fixed that. Rather than the paltry XP gains of the early season, players now get nearly triple what they were getting before. But the rest of the changes in the patch remain a mystery. 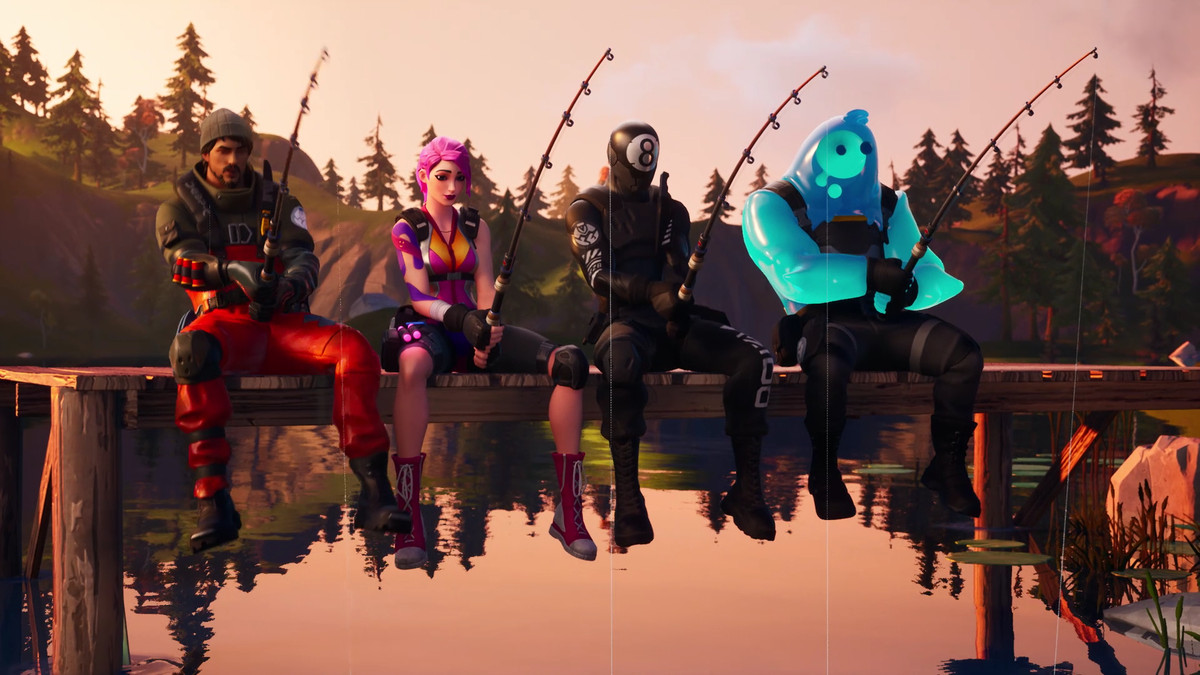 The first reaction to this week’s lack of patch notes was memes. In just a few hours players flooded the subreddit with posts and comments saying “patch notes have been vaulted.” Other players got a little more creative with their jokes, like one player who claimed to have found the rarest item in the game, along with an image of their character fishing patch notes out of a river.

But not every player was ready to joke about the absence of information. Many players took to Reddit comments to complain about the lack of patch notes, and one even claimed this as part of a larger pattern that Epic has stopped communicating with Fortnite players.

No game the size of Fortnite has ever reinvented itself over night in the way that Chapter 2 did. The sense of mystery and surprise that players got dropping into a brand-new map for the first time after the Fortnite blackout was completely unique. It didn’t need to be bogged down with details and patch notes. In fact, if Epic had released patch notes that meticulously listed each change, they would have been exhausting to read anyway.

But with the initial surprise out of the way, and Fortnite settling back into its groove, the details start to matter again. Now that we’re a week into the season, players want to see all the little changes. They want the satisfaction of knowing whether their favorite gun got buffed or if the shotguns that keep killing them had their damage reduced.

So far, Epic hasn’t said whether or not players can expect patch notes at some point in Chapter 2. For now, it doesn’t seem like this season’s first patch made too many changes to the game. But as the season continues on and the patches themselves are sure to get bigger and change more about the game. When these more meaningful changes happen, players are sure to want to know exactly what they are.

Polygon has reached out to Epic Games and will update this story when the company responds.