Spider-Man: Far From Home lands in theaters today, and so far critical reception looks positive. Fans of Insomniac’ Spider-Man on PlayStation 4 are in for a treat, because it looks like Peter Parker’s new outfits from the film will be available soon as free downloadable content.

The announcement comes courtesy of the official PlayStation Japan Twitter account, which tweeted and then quickly deleted the announcement this morning. IGN was fastest on the draw, downloading and posting the images online. We’ve included them below for reference. 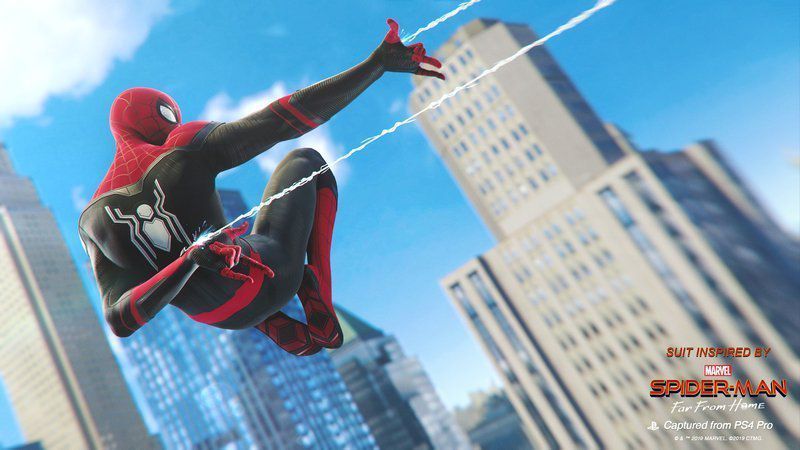 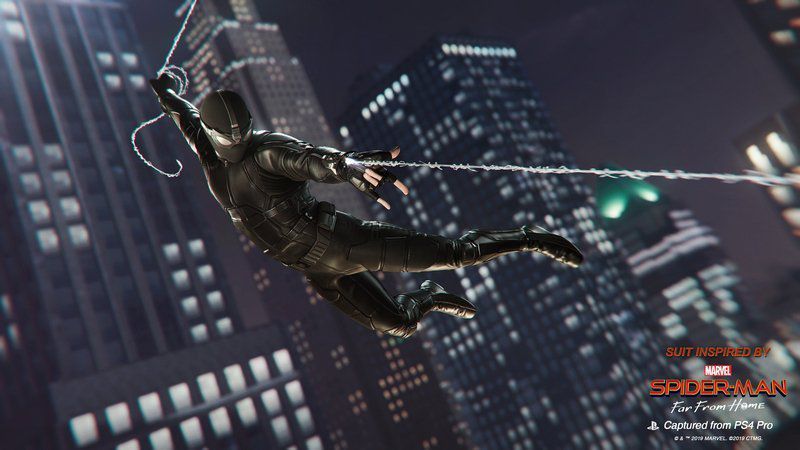 A guide to Spider-Man PS4’s many costumes, and their comic roots

The most interesting new suit is the darker of the two. That’s Spider-Man’s new stealth suit, shown for the first time in Spider-Man: Far From Home. But the design is not without precedent. It seems to draw its inspiration from Spider-Man Noir, which played a big role in Spider-Man: Into The Spiderverse.

Update: Shortly after our story went live, news of the DLC landed on the official PlayStation Blog. Called the Upgraded Suit and the Stealth Suit, the new costumes are available immediately. Both suits will be available as soon as players have built the Advanced Suit in-game.