In a presentation given during GDC 2019, God of War director Cory Barlog revealed the full story behind the famous E3 2016 demo that debuted the new God of War to the world.

Barlog says the team always knew the game’s big reveal would be at E3 2016, though he didn’t know if it would simply be a logo, a trailer or a full demo. Nine or 10 months before the show, he decided the demo would take place inside the game’s mountain, and pitched this idea to Sony and PR representatives

“About halfway through the pitch I realized ‘this is absolute crap.’ But I’m still giving the pitch,” said Barlog. “So in my mind, I’m starting to think of ways to eject. I start having a few ideas – potentially the beginning of the game, a few visual ideas that are coming up while I’m just running on autopilot on the pitch.”

Soon after, Barlog decided he wanted to take another crack at a pitch, but with a completely different premise. After writing a quick skeleton of what ended up being in the demo, Barlog had a conference call with these same people – this time, the rough pitch worked. Two weeks later, they came in person and he gave another full pitch on this newer idea, and it was going well.

“At the end, I couldn’t resist, I threw in a little joke, and said ‘then we can get Bear (McCreary) and he can play a live orchestra: the whole thing.’” Naturally, the individual in charge of throwing Sony’s E3 events, his “eyes got really big – super excited.” Barlog suspected this was an idea the event planner had had for a while, but a couple of weeks later, the planner brought in a diorama of the stage, saying “We’re really excited about doing the live performance to the live orchestra.” Of course, Sony ultimately brought in a live orchestra conducted by Bear McCreary to score the E3 2016 conference: McCreary also scored God of War as a whole. 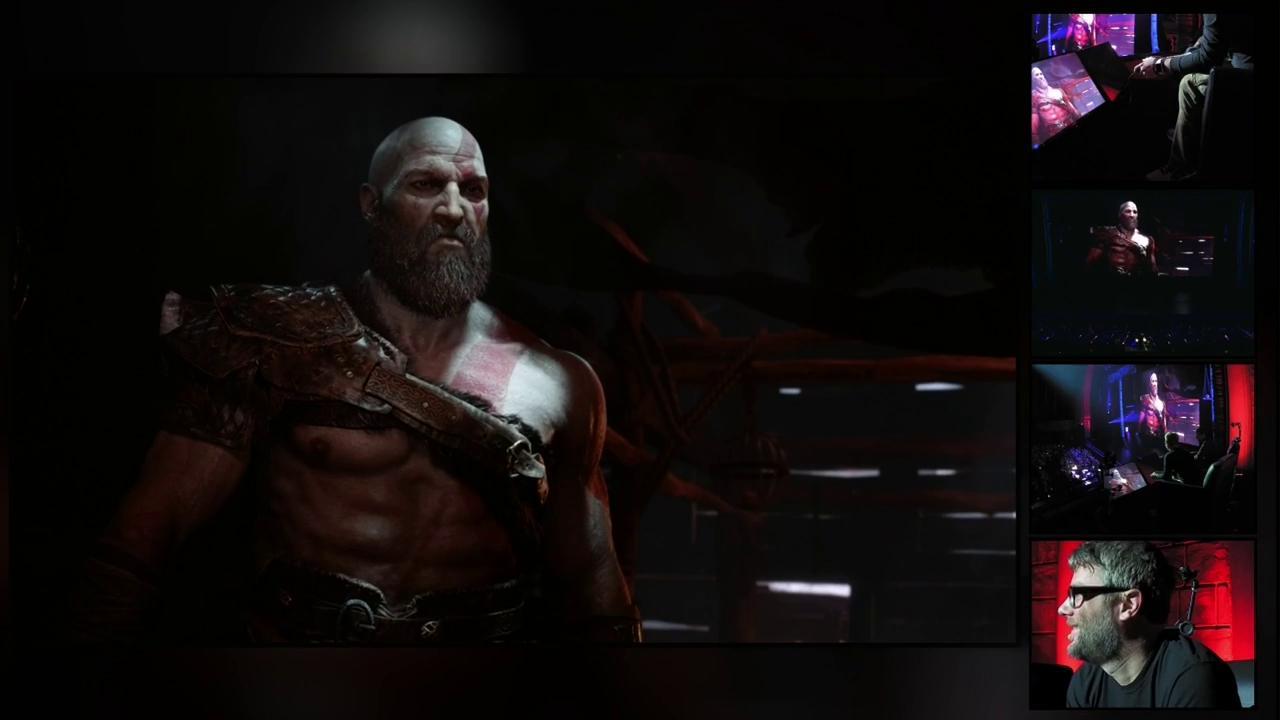 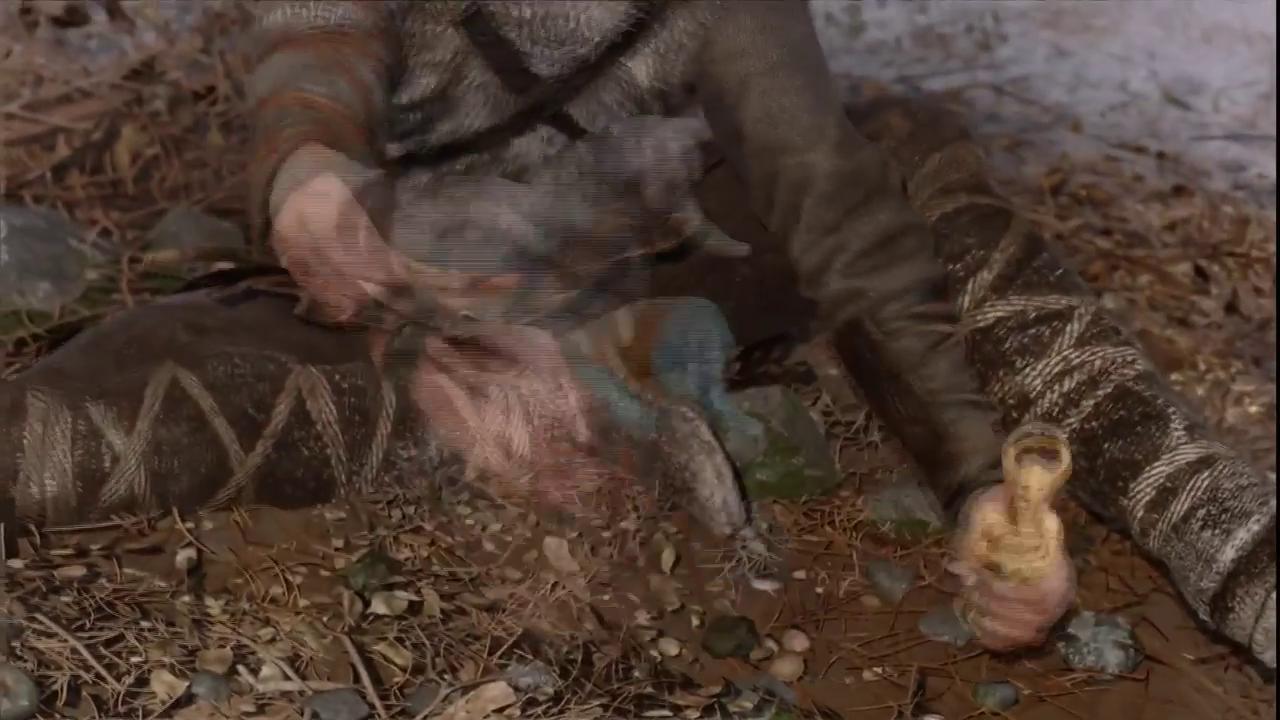 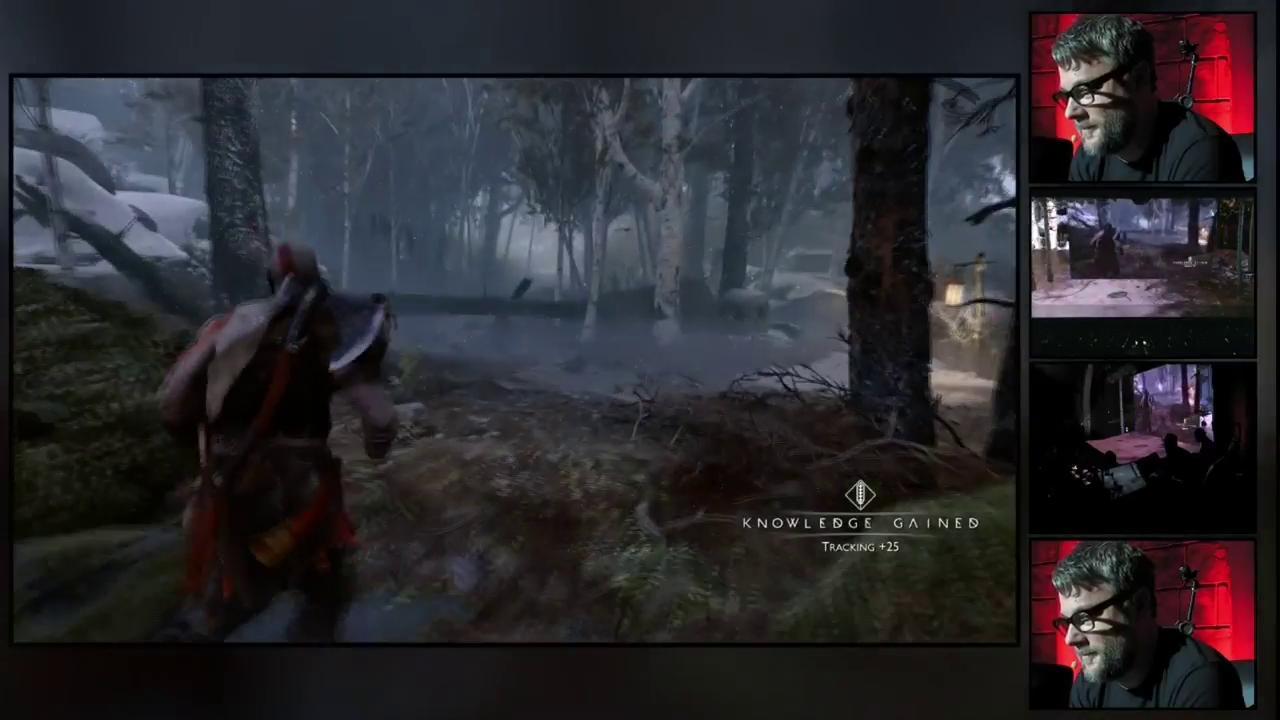 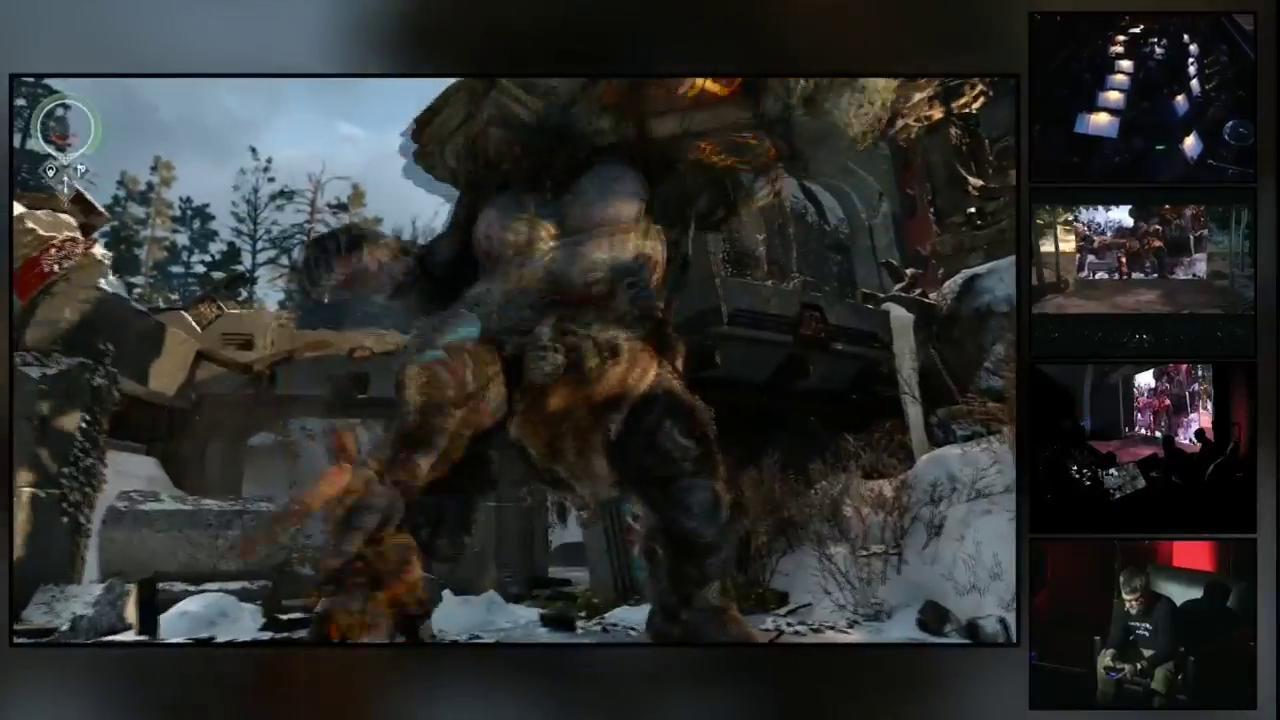 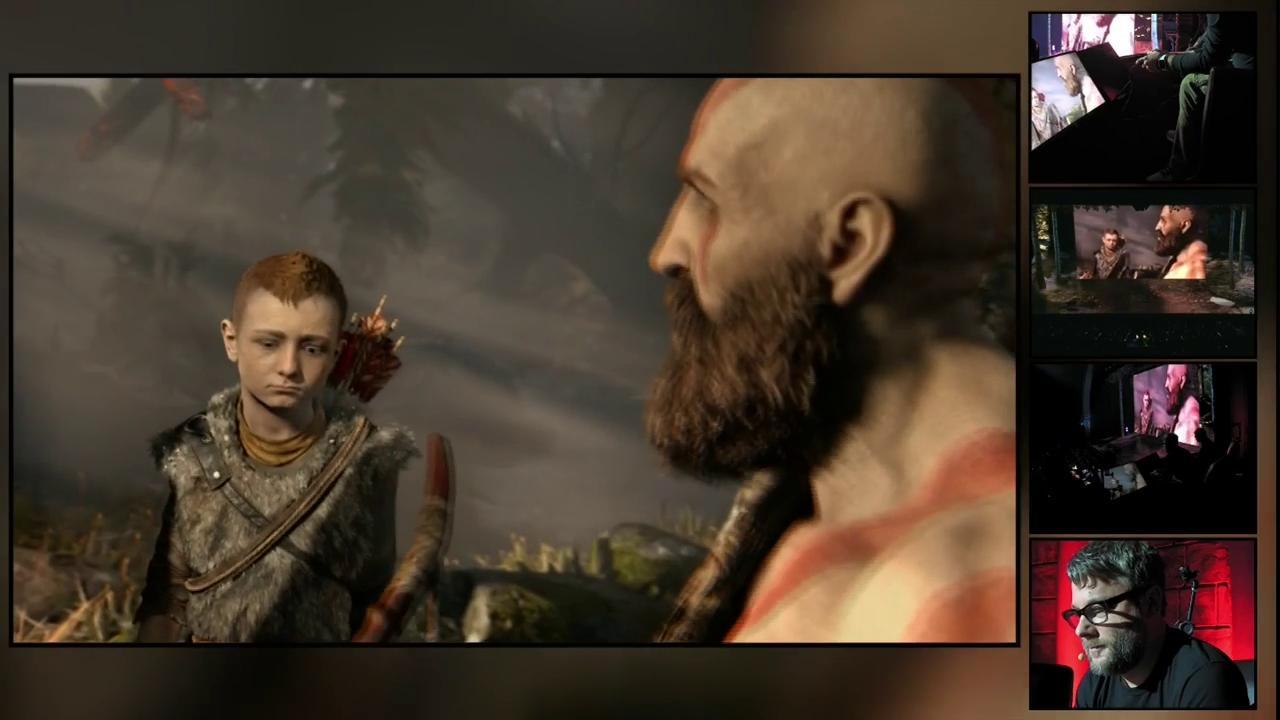 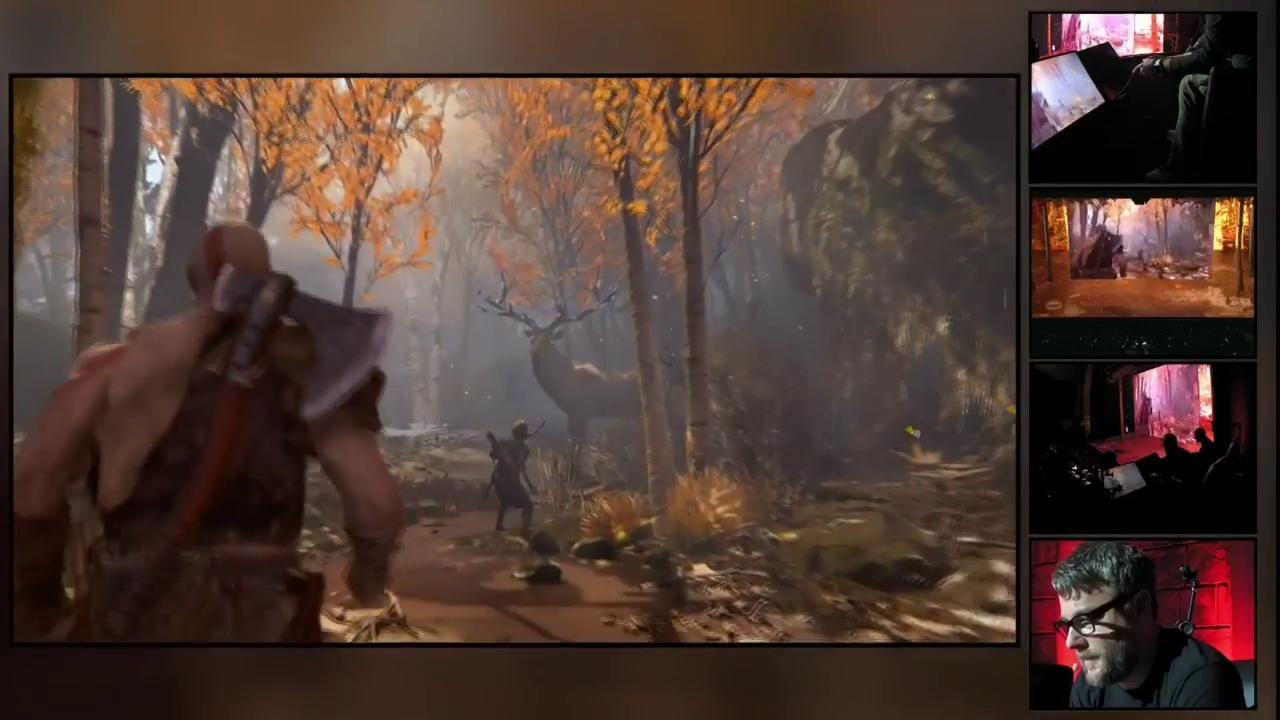 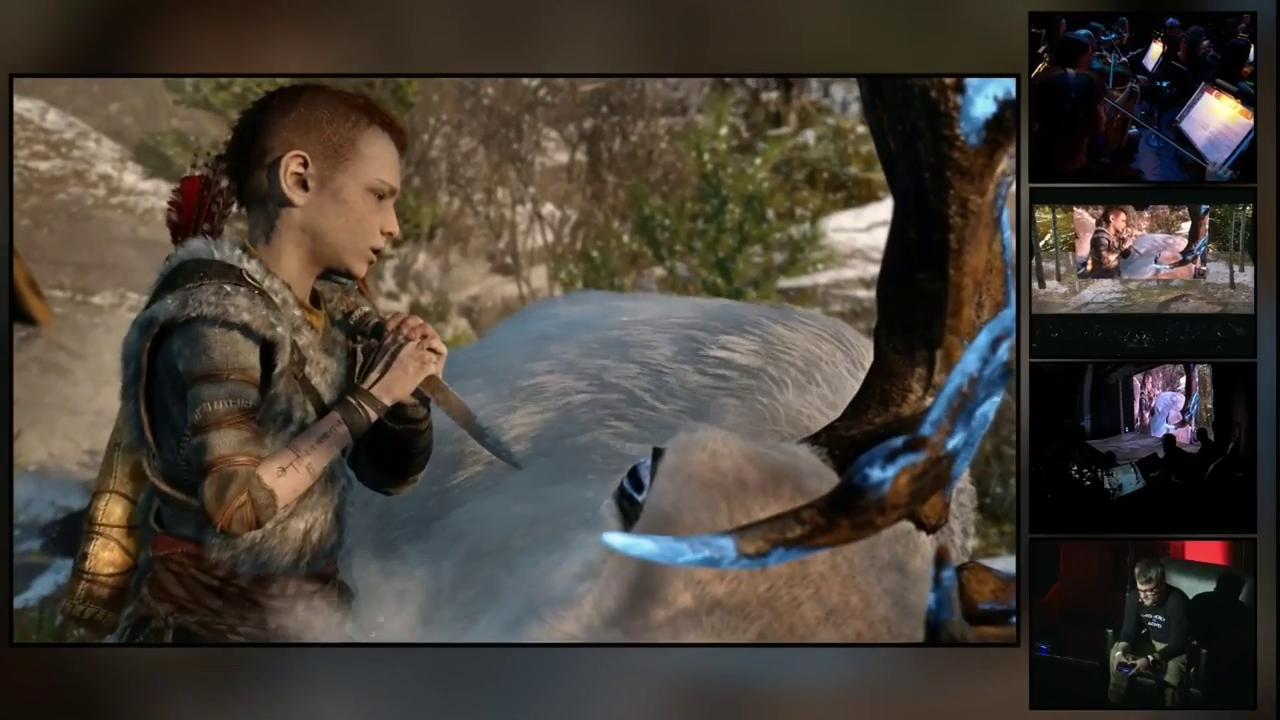 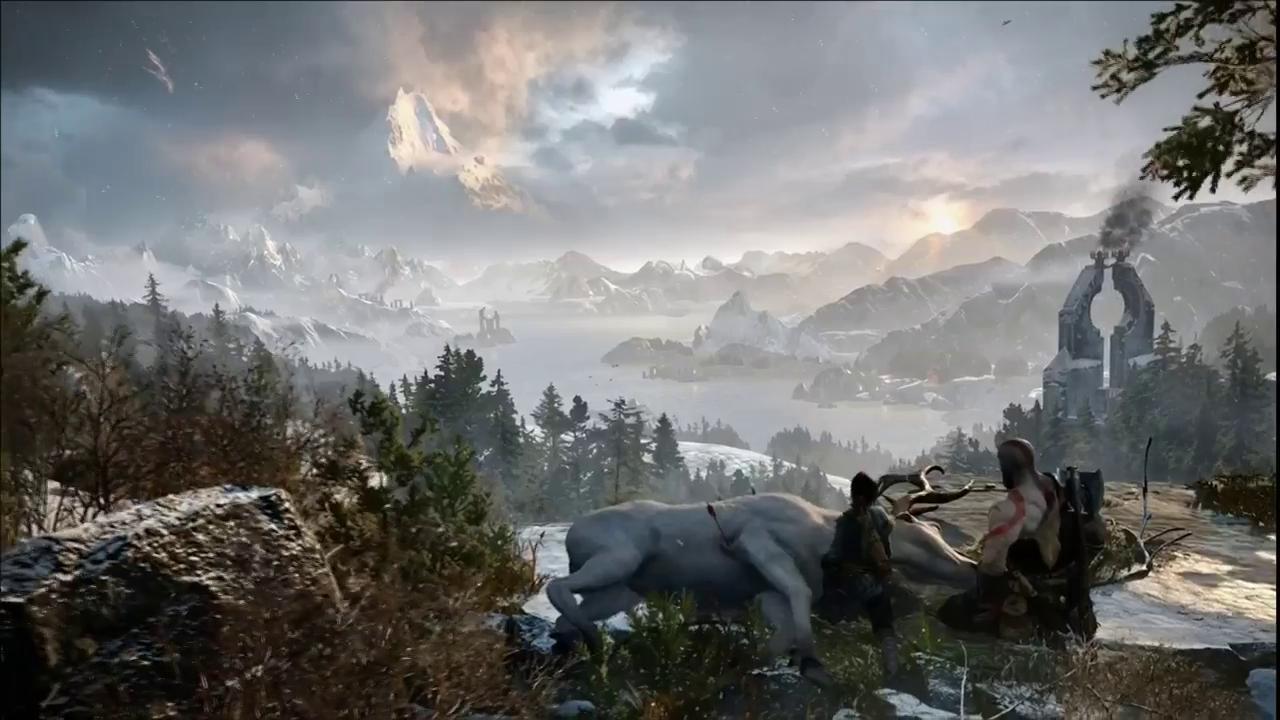 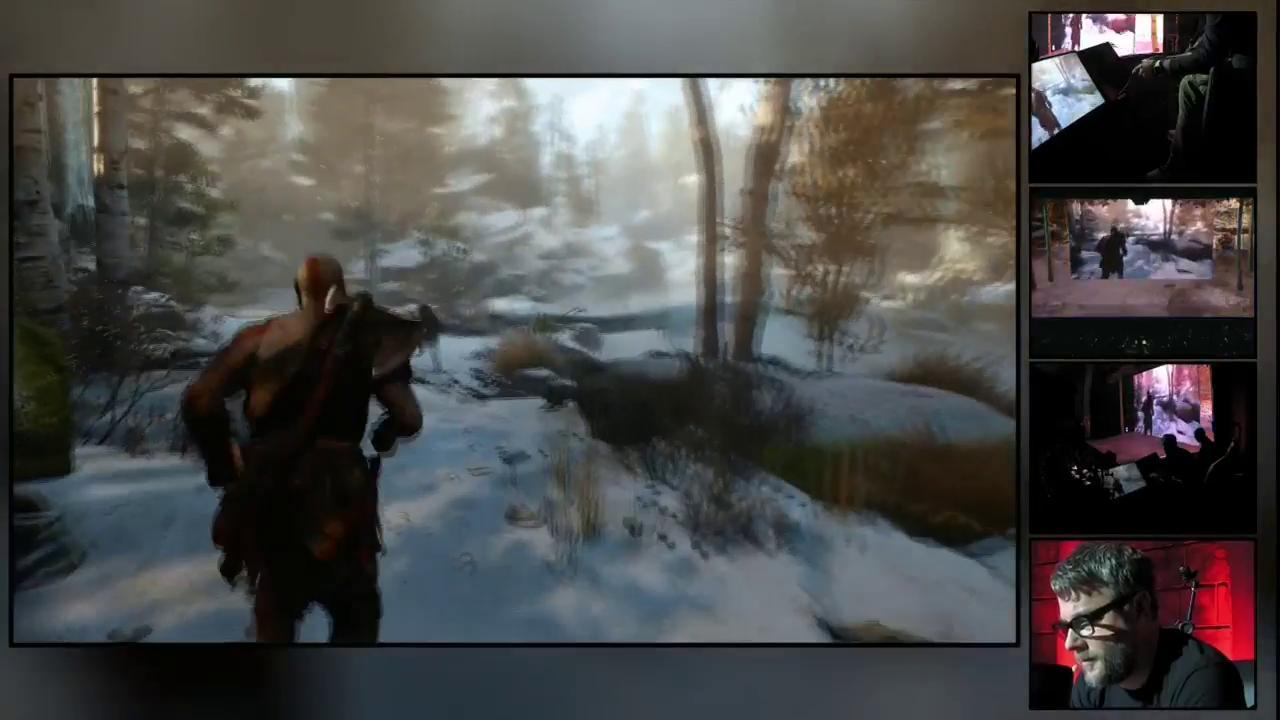 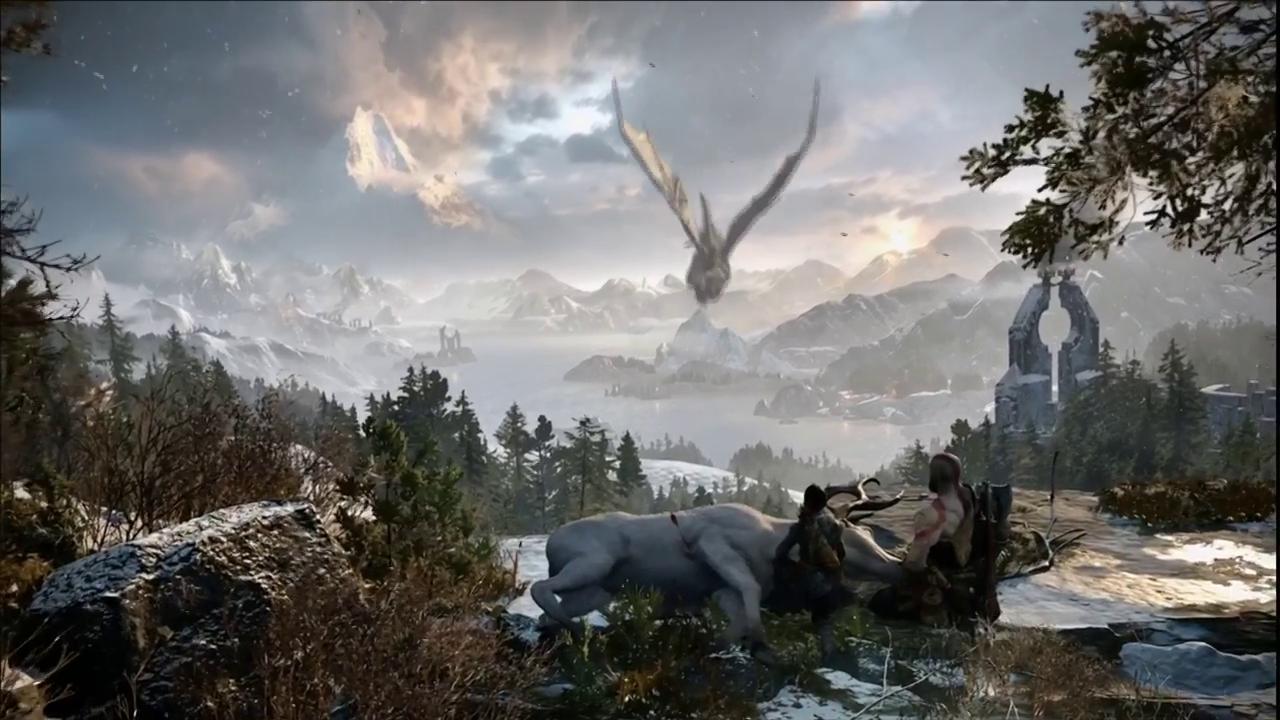 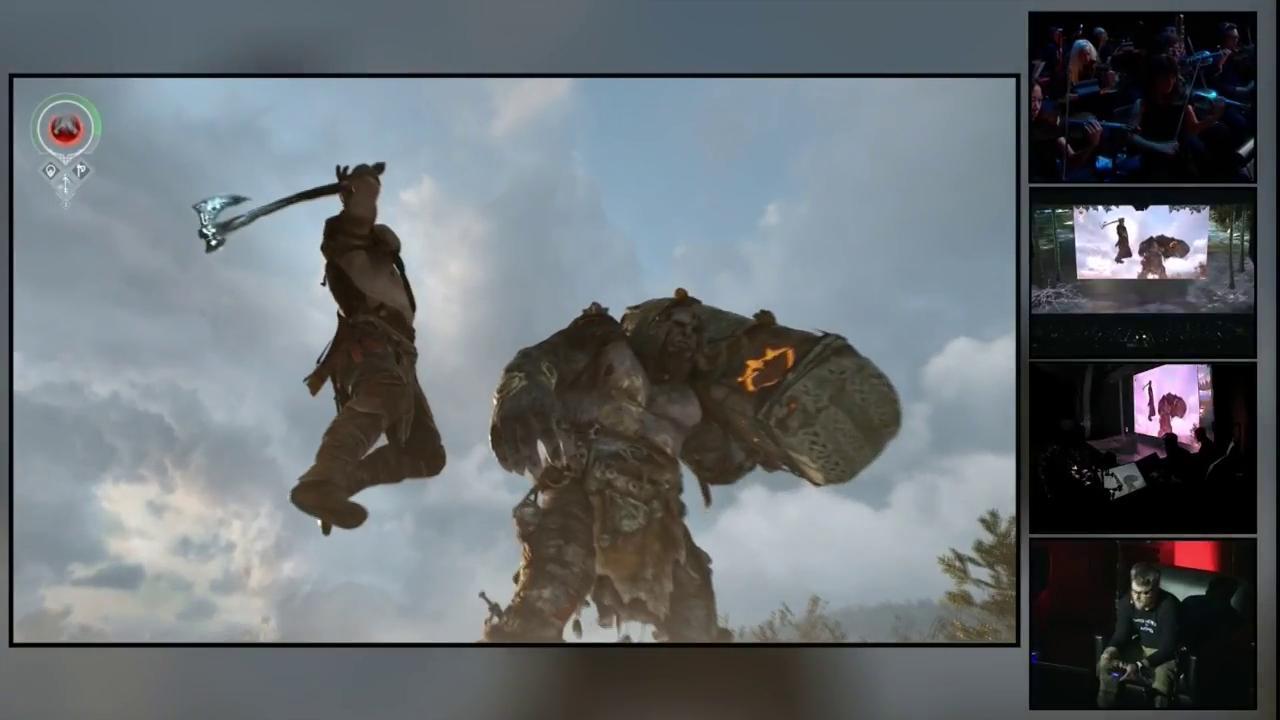 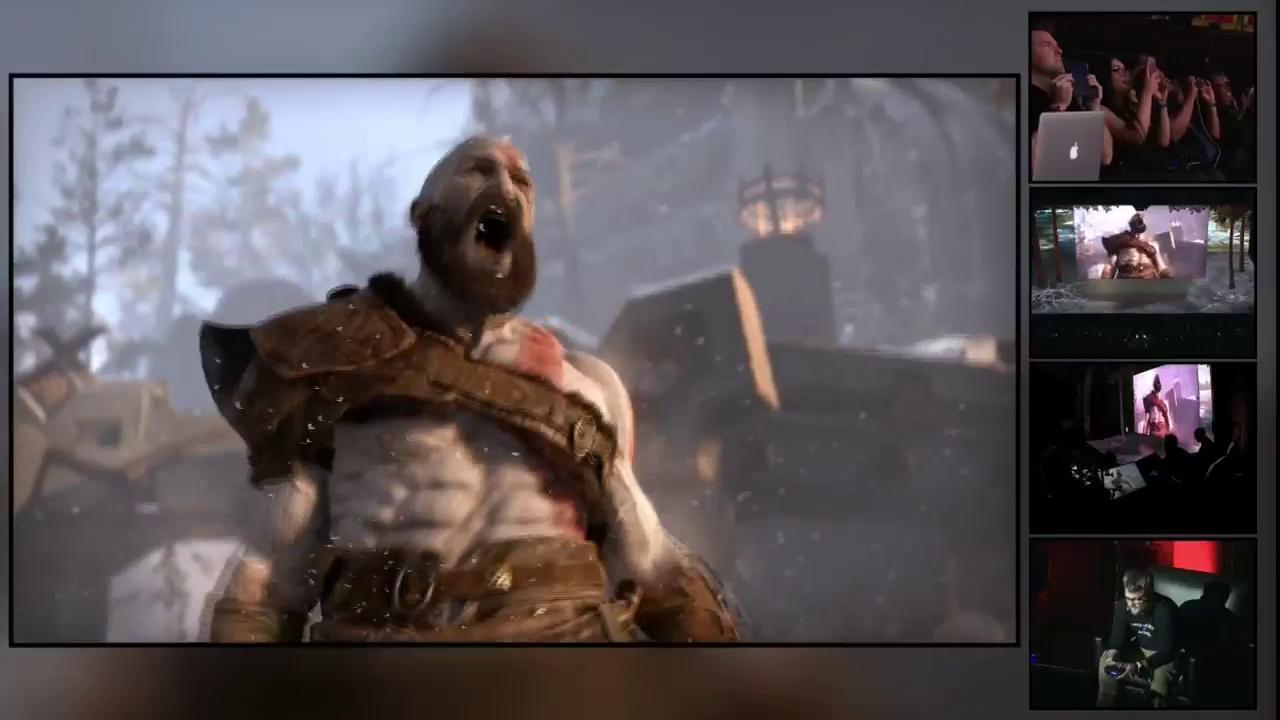 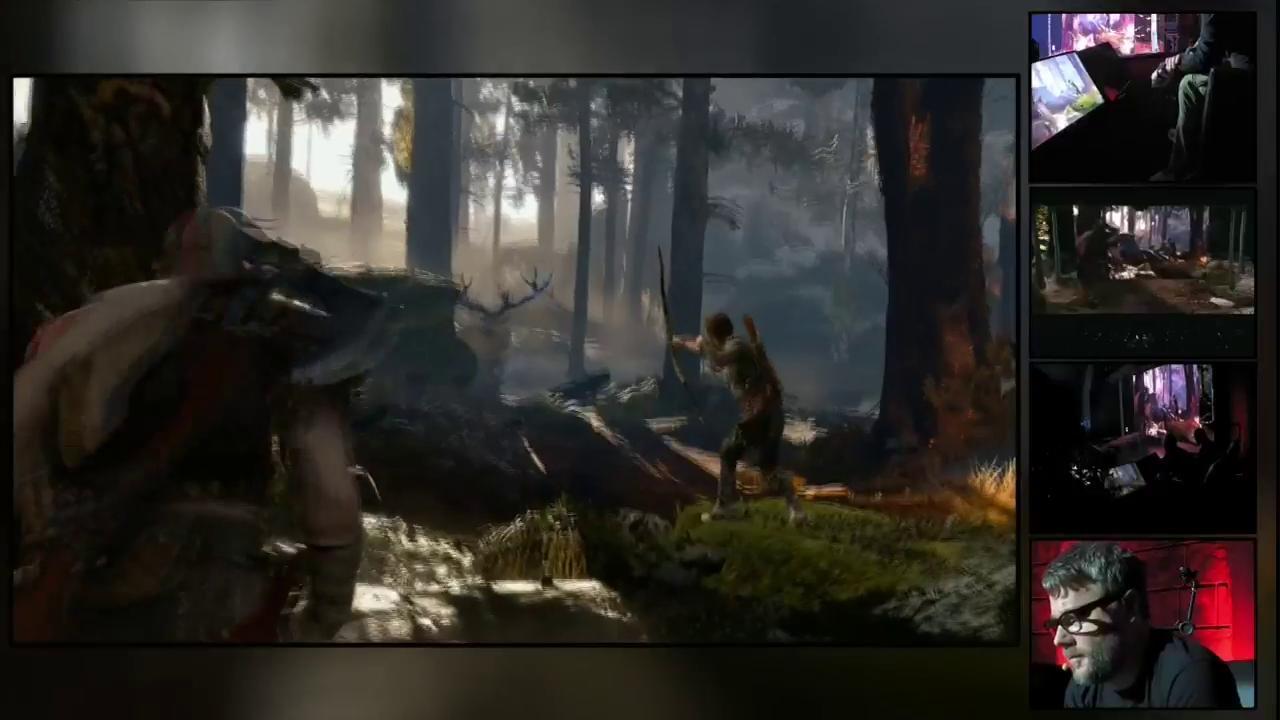 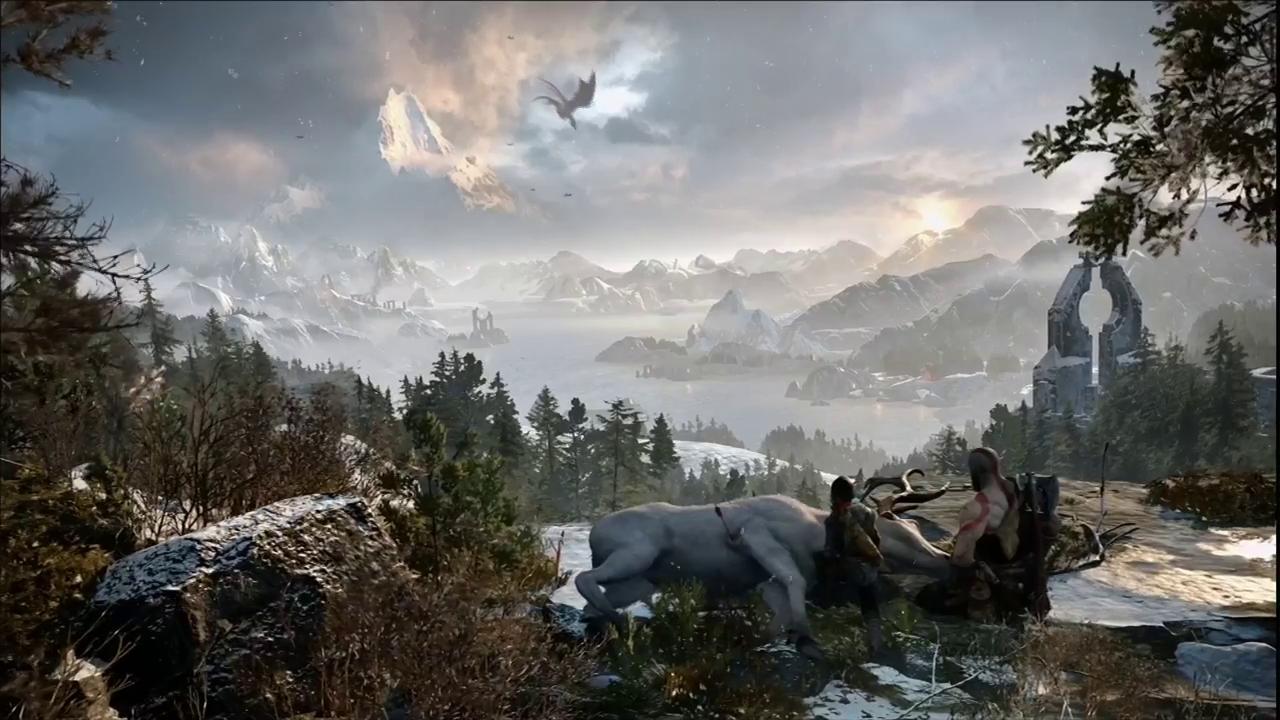 As time got closer to the June show, doubt and stress continued to impact Barlog and his team. “We were going through really stressful times because one: the engine’s getting good. Two: the lighting was maybe 35-40% of what it was going to end up being in the final game, and that was what we were gonna end up using for E3, so there was just NO way we were gonna get that done. Art direction: we hadn’t really been able to figure out exactly what our art direction was going to be.”

He said with God of War 2, a game Barlog also directed, the team was burning demo discs at 6 a.m. the day of E3, but in 2016, the demo had to be done two weeks ahead of time. The day of Sony’s press conference, Barlog had a couple of rehearsals with the orchestra with no sleep, and even had to rehearse an apology speech in case the demo and the backup demo happened to crash, and they’d be forced to show a trailer instead.

Barlog said that, just before he began playing the live demo, he genuinely forgot everything about it. He couldn’t remember the first button he needed to press, or the cues he needed to adhere to. Ultimately, an image on McCreary’s monitor reminded him what had to be done, and the demo was ultimately a success, unveiling a bold new vision for a game in an already acclaimed series.

For more on Barlog’s GDC presentation, check out how God of War’s script was rewritten after a year of work and how the team actively approached the game as a continuation rather than a reboot.

For more on God of War’s development, read about its combat designer breaking down the game’s first intense boss fight, SIE Santa Monica sharing entertaining bugs from the game’s development and how Barlog’s ideas for DLC would have taken too long to make.

Colin Stevens is a news writer for IGN, and he still thinks about God of War most weeks. Follow him on Twitter.