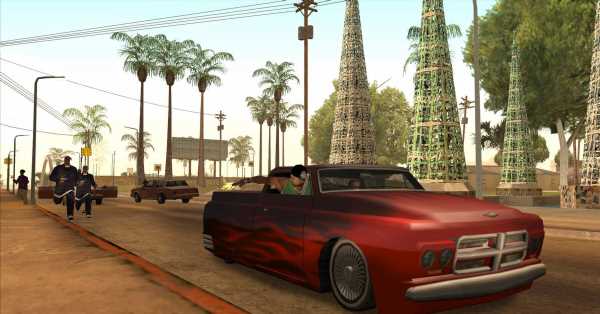 Rockstar Games may be releasing remasters of three classic Grand Theft Auto Games, according to a report from Kotaku. This remains unconfirmed, but the remastered version of Grand Theft Auto 3, Vice City, and San Andreas are rumored to arrive on Google Stadia, Nintendo Switch, PlayStation 4, PlayStation 5, Windows PC, Xbox One, Xbox Series X, and mobile devices.

Kotaku’s report suggests that the games will be “a mix of new and old graphics,” akin to a “heavily-modded version of a classic GTA title.” The UI of the games will be updated for clarity as well, though it’ll remain the classic visual style. Gameplay is expected to remain as close as possible to the original iterations.

These three titles are part of the “3D universe” of Rockstar Games, which include the PS2 era of Grand Theft Auto before the series moved into high definition with Grand Theft Auto 4. While these games aren’t quite as fleshed out or involved as Rockstar’s modern titles, they still remain classics. Lines from San Andreas, like CJ’s iconic “Ah, shit, here we go again,” remain a popular part of the zeitgeist.

Kotaku says Rockstar Dundee, a Scottish studio, is heading up development on these remastered titles. It’s unclear when they might be released, especially due to concerns from the COVID-19 pandemic, but it seems as though it will likely be in one bundle.

We’ve reached out to Rockstar for comment, and will update this story should it respond with additional information.