Square Enix character designer Toshiyuki Itahana is the artist responsible for the round, cute chocobo design Final Fantasy fans see everywhere. The small chocobo who headlines the Chocobo Dungeon spin-off games is easily identifiable by his big eyes and fluffy feathers, as opposed to the sleeker, pointier chocobos we see in other games.

Itahana was the character designer for not just the chocobo spin-off games, but for the Final Fantasy Crystal Chronicles games, Final Fantasy 9, and Final Fantasy Explorers. His style is noticeably cuter and less edgy than the designs that players might think of when thinking about Final Fantasy. (I’m looking directly at you, Cloud and Squall.)

With Chocobo’s Mystery Dungeon Every Buddy! recently releasing for Nintendo Switch and PlayStation 4, we talked to Itahana via email about how he came up with this iconic design, the influence it had on other games, and why chocobos were picked to be the focus of the spin-off series.

[Note: The interview below was done using a translator provided by Square Enix and has been edited for clarity and style.]

Polygon: When you first started designing characters for the chocobo spin-off games, what did you originally plan to do? How did the current designs deviate from what you initially had planned?

Toshiyuki Itahana: All the chocobos that appear in the Final Fantasy mainline series seem to tend toward a sleek design, so I mulled over how to stylize these characters when I went to translate them into a so-called roguelike game, where they would move around the spaces on a square grid. Making them too round ran the risk of destroying the perception of that stylish chocobo. So I had initially tried drawing a more monster-like chocobo with a sharper beak, but the design didn’t turn out in a way that would help it become a beloved protagonist. Thus, while I made sure to incorporate chocobo’s characteristic elements, like the beak, crest, and talons, the final design ultimately ended up being the round, cute chocobo we have now.

The storylines of Chocobo’s Dungeon 1 and 2 were written by Mr. Kazuhiko Aoki, who was also the producer of Chrono Trigger. The story itself takes place in a very soft, lovable game world, so I think the round design matches it very well.

Chocobos have always been fairly cute and lovable since the beginning but your designs have managed to make them even cuter. Even more fearsome monsters like Bahamut and Behemoth have been made much more lovable. How did you go about tweaking these designs in a way that made them all recognizable, but still cute?

Thank you for asking such a flattering question. Generally, I keep the silhouette of the original design while enhancing the characteristic qualities. By designing them this way, even if these characters’ looks were to become more round and cute, I tried to ensure that players would still be able to recognize immediately, so they know “Oh, it’s this character!”

Aside from that, in order to give even the monsters a rich array of facial expressions, I make their head and eyes a little larger to allow them to emote better. I think that may be why they’re perceived as being cute. I learned how to do this sort of thing when I previously worked at a company within the Bandai Namco Group, which is famous for its toys.

Were there any other Final Fantasy characters considered to be the star of the spin-off series, or was it always chocobo?

In the case of Chocobo’s Dungeon, the initial concept was to create a game using the chocobo, who we knew and loved from the Final Fantasy series. As such, our considerations involved chocobos from the start. However, chocobos can’t speak. So our approach was to get a moogle ready as a partner who could take on the role of communicating the chocobo’s feelings to other characters in the game as well as the player.

The setup of Final Fantasy Fables: Chocobo’s Dungeon, which served as the basis for the present Chocobo’s Mystery Dungeon Every Buddy!, is that the protagonist is actually Cid, a character known from the FF series, and Chocobo is his partner. But Cid in Final Fantasy Fables: Chocobo’s Dungeon was apparently a bit too laid back because the story ended up being centered on Chocobo. [laughs] 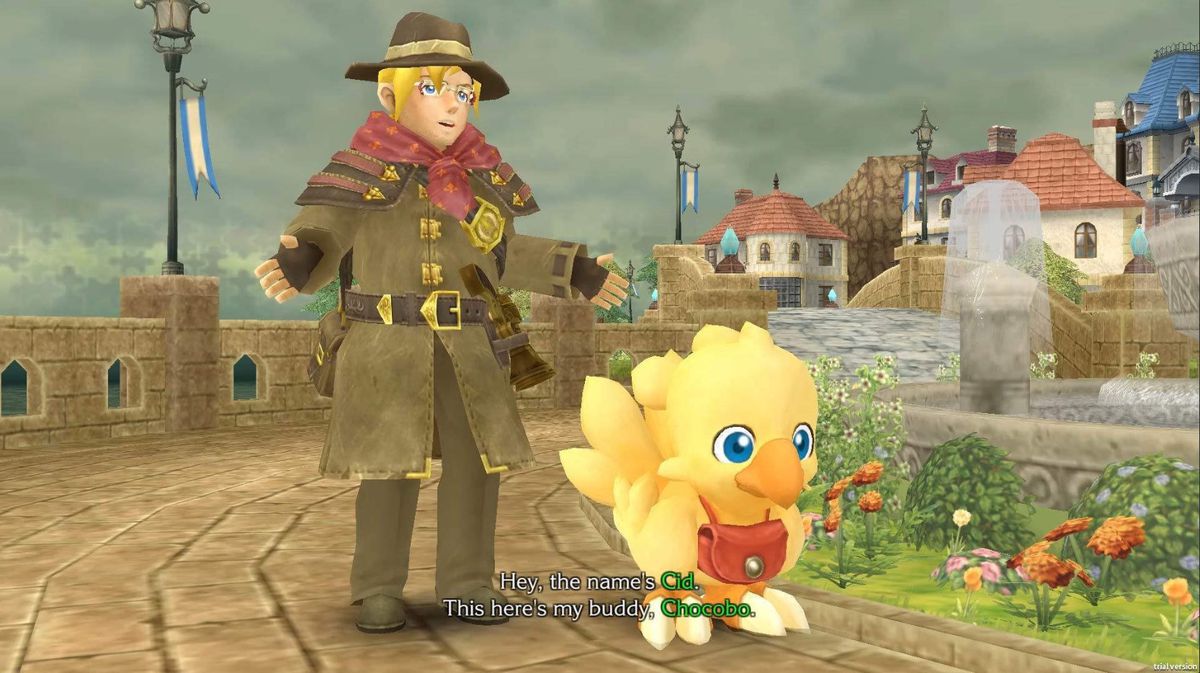 The style you coined when designing for the Crystal Chronicles games looks like it influenced later Final Fantasy work, like the remakes of FF3 and FF4 for DS, though you didn’t directly have a hand in those games. The chocobo from the spin-off games even seems to make a cameo appearance in Final Fantasy 14. When designing these characters, did you think that it would have the impact on Final Fantasy as a series as much as it does now?

I hadn’t been very conscious of this, but I do think there have been titles with super stylized designs that have kindly used my work as reference, such as Final Fantasy Explorers.

Additionally, with art design staff who worked on Final Fantasy 9 and Final Fantasy Crystal Chronicles participating in the development of World of Final Fantasy, for example, design directions are being forged anew, using past experience and know-how. As such, I would venture to say that the range of direction, even when considering only games with super stylized designs, will widen even more moving forward.

With regard to Alpha from Final Fantasy 14, it turned out that the scenario staff member on the Final Fantasy 14 team was a Chocobo’s Dungeon player back when it was first released. When the plan came about for Omega to appear in Final Fantasy 14, apparently they had suggested that Chocobo should join because the character who has defeated Omega the most times in the history of Final Fantasy characters was Chocobo from Chocobo’s Dungeon! I was very happy to hear that story. It was a moment where I was glad I had continued on with the super stylized chocobo series. 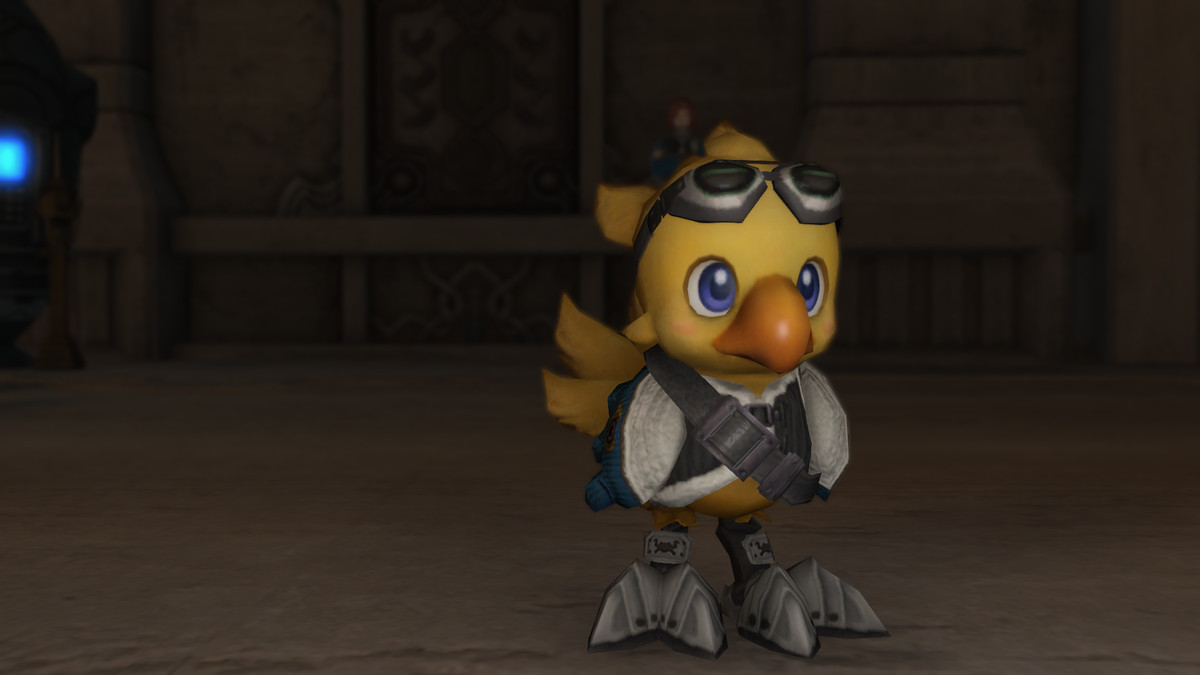