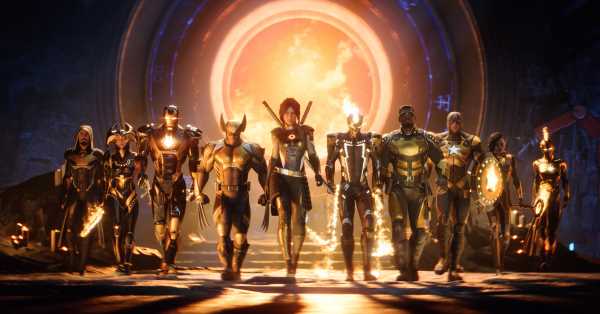 Marvel’s Midnight Suns is the next turn-based game from the team behind XCOM. Lead designer Jake Solomon was on hand today during a Twitch livestream hosted by IGN to detail the game’s card-based combat system.

The combat was the biggest reveal from the stream, which included a six-minute sequence of heavily edited gameplay. It showed a hand of cards positioned along the bottom of the user interface, right about where XCOM’s ability hotkeys lived in the past. The video went on to detail how those abilities are gained, upgraded, and combined with other heroes’ moves.

The player will take on the role of a centuries-old hero known only as The Hunter. The objective is to kill Lilith, queen of demons, before she can awaken a Cthulhu-like dark lord. Like The Hunter, Lilith has been asleep for some time as well, only recently awakened by Hydra through a combination of dark magic and science. In-game enemies appear to be a combination of weird, magical creatures and high-tech Hydra mooks.

A cathedral-like building known as The Abbey will be the player’s base of operations, and it will provide plenty of opportunities to interact with the other heroes in the game. Each one of those heroes — including members of the Avengers, X-Men, and Runaways — has their own set of special abilities. Those abilities can be upgraded over time, and when used correctly, they can create unique combo moves.

Compared to the XCOM series, this game’s maps seem much smaller and flatter. The screen is clean during action sequences, with the UI vanishing entirely to highlight the action. The video showed multiple environmental effects, including the ability to toss enemies into each other, the environment, and off the edge of skyscrapers. There were plenty of exploding barrels as well. In-game locations range from Avengers Tower, Dr. Strange’s Sanctum Santorum, bleak deserts, and a bizarre “hellscape dimension.”

The game will include cosmetic costume upgrades, but the gameplay trailer made no mention as to whether those cosmetics would be available for a real-world fee. Later, the development team added some more detail on Twitter.

“There are no loot boxes,” the team said. “We will have purely cosmetic character skins for purchase that do not affect game balance in any way.”

You can watch the full video on Twitch and YouTube.

Update: Firaxis clarified its policy with regard to loot boxes and cosmetic skins on Twitter. We’ve updated our original story to include those details.