Overwatch is, by nearly all metrics, a successful game. It has made a massive cultural impact, inspired people outside of the usual first-person shooter demographic, and made Blizzard a lot of money.

But Overwatch feels dated when I compare it to other, more recent competitive online games in 2019. A big part of the problem is that Blizzard can’t seem to keep up with the pace at which games like Fortnite, Apex Legends, or even Destiny 2 are updated with new content.

Overwatch’s biggest benefit over these titles has been that it offers a competitive, ongoing game and a rich world of lore, but it doesn’t matter: All aspects of Overwatch are updated at a similarly glacial pace.

The story is going nowhere slowly

Blizzard released Overwatch in 2016, and fans were treated to five post-launch animated shorts that year. The company then released two new shorts in 2017 and two in 2018, and we’ll likely see two new shorts this year as well.

Fans who care about the game’s ongoing story and the histories of these characters have two options: Learn to be patient, or give up.

The last canonical Overwatch comic, “Searching,” was released in September 2017. Short stories like “Bastet” are interesting, and I certainly hope to see more, but we have no idea if more are on the way. Nor is there often any resolution to the hints about lore or ongoing storylines that show up again and again in each of these releases.

This actually puts Blizzard in an enviable position as the holder of the Overwatch property: Fans are starved for more canonical details about these characters and the world they inhabit. At some point, however, their patience is going to wear out.

Whether the answer is to release more content or just to wrap up some of the threads of the existing story using the current schedule, something has to give. What started as an interesting story has become one long tease, and that’s a frustrating place to be for a game that takes place in such a fascinating world.

That’s an issue with the game’s story, but you can always ignore the background narrative if you’d like. The problem is that the slow, deliberate pacing of Overwatch content carries over into the gameplay itself. That’s not to say that the game never changes, or there’s been nothing new or exciting since launch, but the pace between these updates causes even initially exciting characters to fall flat.

The best example of this can be found in the story of Brigitte.

Brigitte’s release ended the competitive dive meta, but introduced the GOATS meta, which has since also been dominant for months. While the three-tank, three-support metagame isn’t prevalent at all levels of play, Brigitte is a particularly tricky hero. She deploys a small shield that can protect her and allies behind her, and then propel herself forward, stunning enemies for a second. 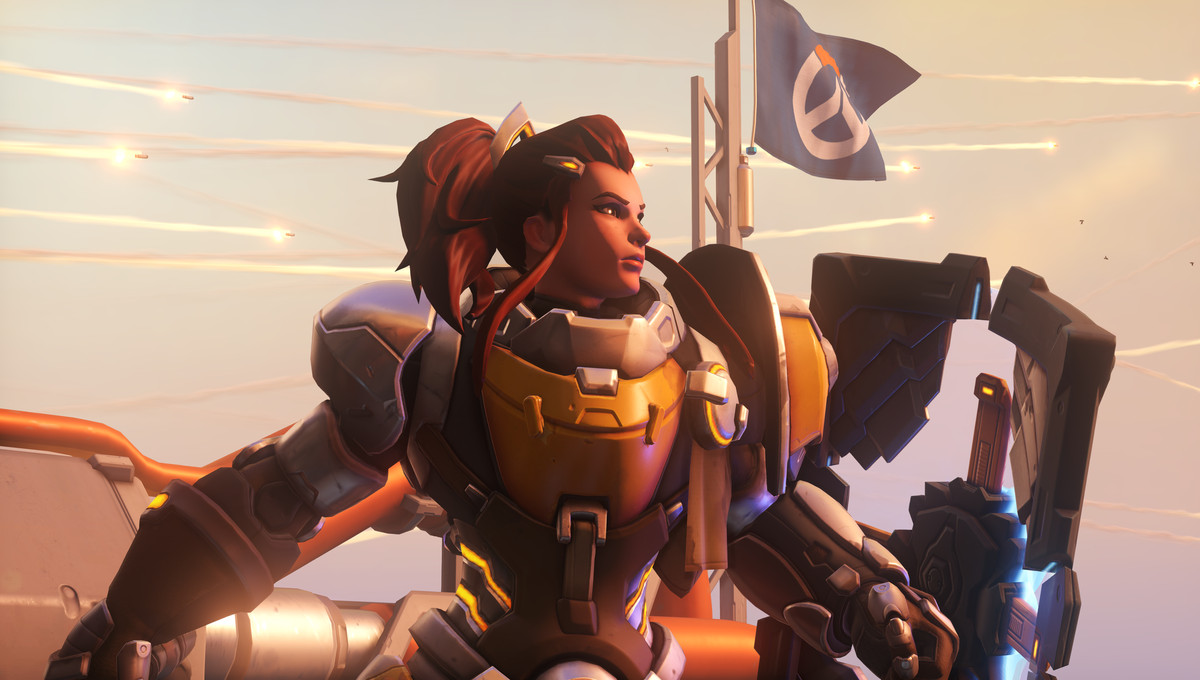 Brigitte was a controversial addition to the game.
Blizzard Entertainment

That’s not a long time, but Overwatch is a fast-paced game, and characters like Genji or Tracer who only have 150 health can be killed instantly by a well-timed Shield Bash. Even tanks like Winston or Roadhog, who have a lot of health, are badly hurt by Shield Bash. Their larger hitboxes make them prone to be hit by the attack, and when a Shield Bash stuns them, they can be further damaged by the rest of the enemy team without a chance to respond.

Brigitte was released in March 2018. Her Shield Bash was nerfed on May 3, and again on May 22, reducing its area of effect while increasing its cooldown timer by one second. Her ultimate, Rally, was also nerfed in May to give less armor to allies.

Shield Bash received another nerf in August, when the cooldown was raised by another second. Shield Bash was changed again in September to allow other characters to move Brigitte while she performed the move, and the update also allowed her to knock down charging enemy targets. Then her shield itself was nerfed in October to have 100 fewer hit points. Finally, Brigitte’s Shield Bash was nerfed again in December, decreasing its damage by 90 percent, and changing its properties so it can no longer move through barriers.

Brigitte had dominated the game and the discourse around it for a full year, as Blizzard tried again and again to balance the character. That must have felt like a lifetime to players who were frustrated by her place in the game. It’s only with the release of Baptiste, another powerful support character, that Brigitte’s place in the metagame is threatened.

We’re all locked into the game and Blizzard’s pace for updates. I don’t mind Brigitte too much, as I’m a Pharah main; I’m in the sky. But when I asked Twitter if any changes had frustrated them, they responded in the affirmative via DMs. Many players were upset about Brigitte, and others missed the old Mercy mass resurrect or a previous iteration of Orisa.

That sort of grousing is normal in any online game with balance changes, but the slow pace of Blizzard’s updates means that you could be waiting weeks — or even months — for balance changes that impact your character or fix an unbalanced aspect of the game that may make your own main nearly unusable. 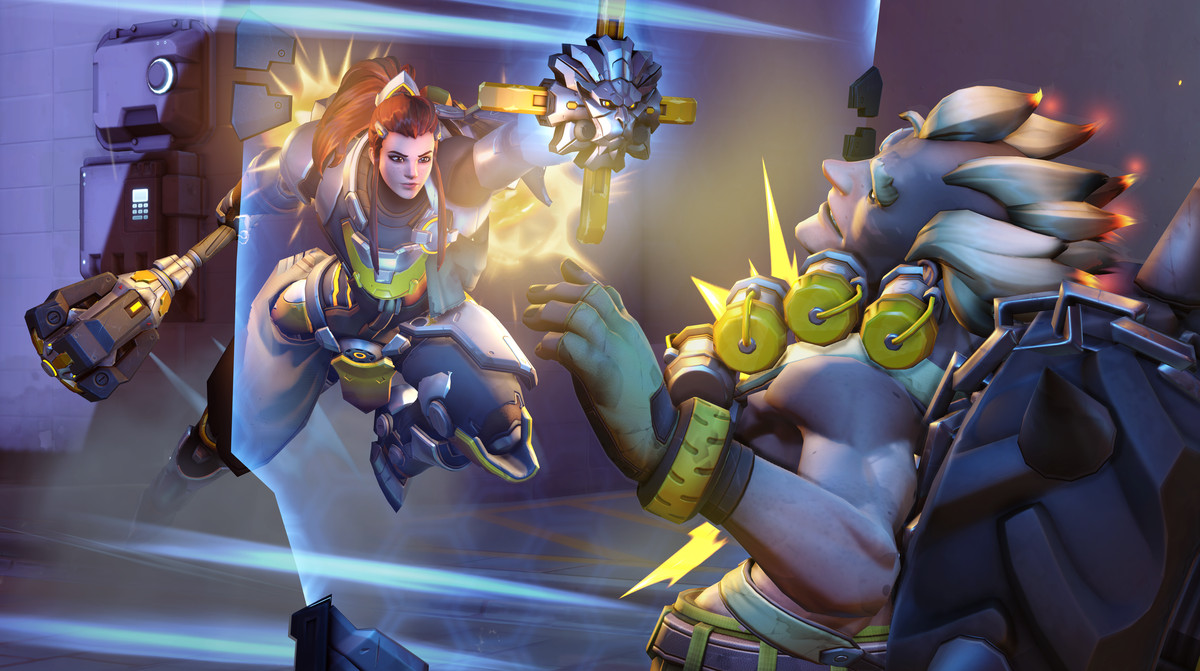 There’s also a dramatically longer gap between balance patches in Overwatch than in other competitive games. The dive meta lasted for months. Dive brought stagnation to higher-level Overwatch because the meta was effectively “solved.” There was one optimal way to play if you cared about winning, and everyone played in that manner. That’s the sort of thing that games like Fortnite would have solved in a week, yet Blizzard seems stuck supporting Overwatch at a pace that makes it seem like the living game revolution never happened.

Ironically, that pace may be too fast for some players. My casual friends have drifted away from the game since launch as these changes happened. Their favorite character had been reworked, never to return, and what’s the point of picking a new hero when that could happen again?

In a game like League of Legends, which has 143 characters, there’s enough overlap between heroes and characters that players can find a new, similar character if their main changes. In Overwatch, there are 30 characters. The roster is smaller, and the perceived loss of a hero hits much harder. 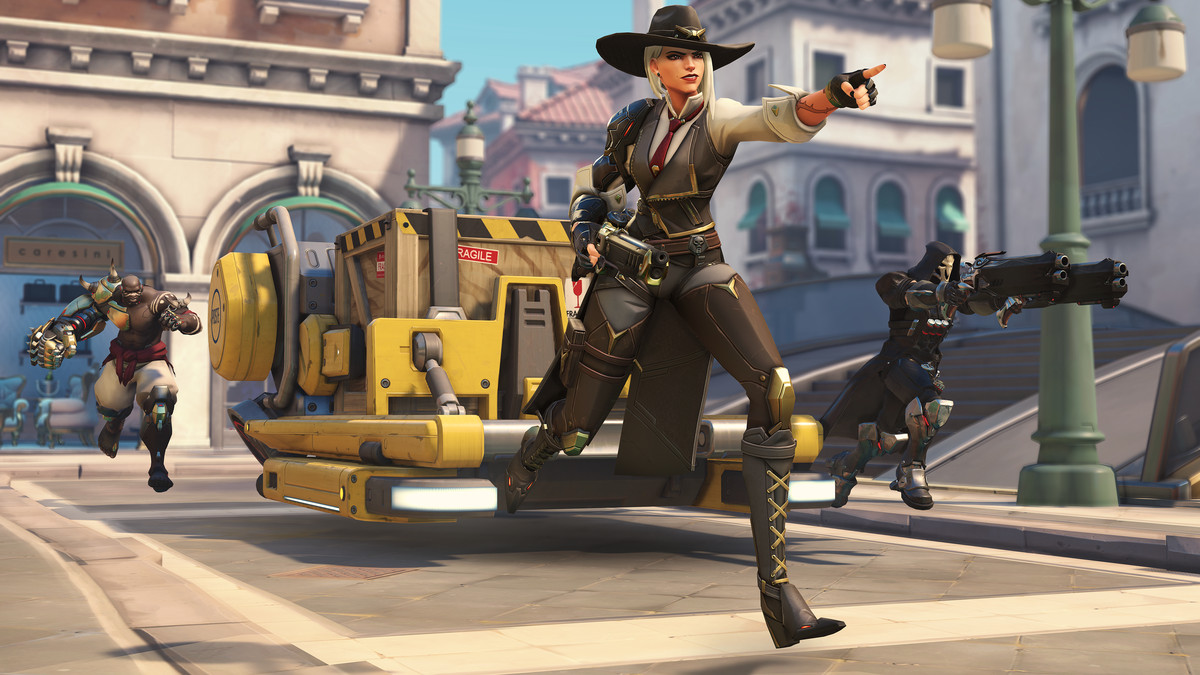 How do you drive interest in an online game forward?
Blizzard Entertainment

Every competitive title that’s updated semi-regularly faces the same risk of removing things that players love about the existing game. The situation becomes dangerous when the higher-tier players have their own, sometimes opposite complaints about the game’s changing nature. Mercy’s rework made for a stronger professional meta, but it was painful for Mercy fans at lower levels to re-learn the game.

These two situations have frustrated the two groups of fans for very different reasons. If you’re a Mercy fan who loved bringing your friends back to the dead with a perfectly timed mass rez, that’s been taken away from you. But pro players are likely hoping for even more changes to bring certain overpowered heroes in line and make the game more competitive.

The fans who bought the game based on the initial appeal of its characters and lore are disappointed that those concerns seem less important to Blizzard than new gameplay updates; players who are focused on competitive priorities want those to be addressed more frequently and comprehensively; and casual players may be frustrated at the pace at which characters change, forcing them away from their favorite strategies.

It’s the worst of all worlds for games that want to also exist as a service. Trying to “fix” the game for one group will only “break” it further for the other. 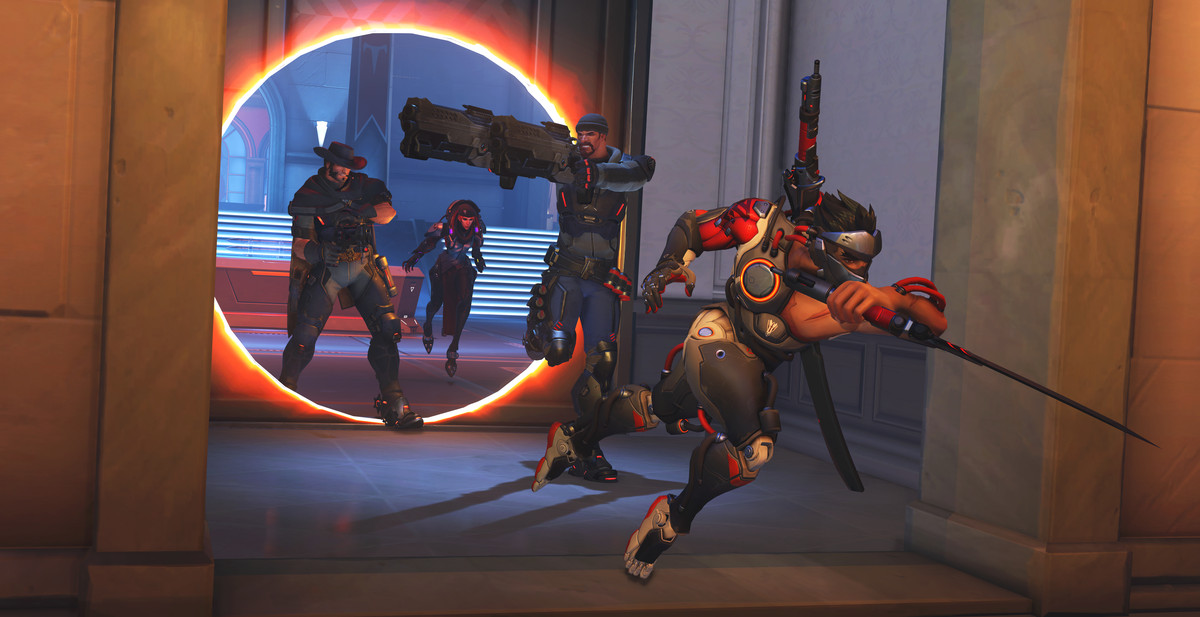 Last year, we got to see Blackwatch in action.
Blizzard Entertainment

I consume the big moments in Overwatch’s update schedule — play a new hero, see the event skins, play the Archives campaign — and then I don’t have a reason to stick around.I’m looking forward to the upcoming Archives lore event in April, and there will likely be a new hero and cinematic in the summer. Who knows what will happen after that?

There are lots of announcements that suggest Blizzard is committed to Overwatch: Lucio-Ohs cereal, Mercy hoodies, Nerf weapons, figurines, and Overwatch Monopoly are all real things you can buy, if you’d like. But merchandising can’t keep a game alive on its own.

Overwatch is well-known for its hold on communities like Tumblr, which generate reams of fan art, fan fiction, and memes years after the game’s launch. But that doesn’t mean those fans are actually playing Overwatch, and the game is going to wither if its fans stop playing.

Other online games have found a groove in their update schedules, and have learned how to keep players interested on a day-to-day basis. But how can Blizzard make a more stable game for casual fans, a faster-moving game with evolving meta for the competitive scene, while also finding the resources to continue telling the story of the game’s world and characters? It might be an impossible task.

I’m not leaving Overwatch behind, personally; I like too many aspects of the game to give up completely. But I am frustrated at how poorly Blizzard has addressed the divide between competitive players and casual fans. You can’t make everyone happy, but Overwatch doesn’t seem to be making anyone happy.

I’m curious about the future of Overwatch, but that curiosity is dimming over time. With an ever-growing backlog of single-player games, and more and more online competition, I wonder how long my investment can last.