Yooka-Laylee And The Impossible Lair Is Getting A Demo

Why Boogie2988 Is The Most Hated Video Game YouTuber

Bungie’s booth at PAX 2019 boasted a new build of Destiny 2 — the first time for players to experience the multiplayer changes coming in Shadowkeep. But while players waited in line to battle each other in some returning Crucible maps, some Redditors dove into the menus and uncovered a few secrets.

Players dove into the collections tab at PAX, and took notes or pictures of what they found. Here’s everything we learned last weekend.

Bungie has teased a few big exotics for Shadowkeep, but we finally saw some of their perks at PAX. 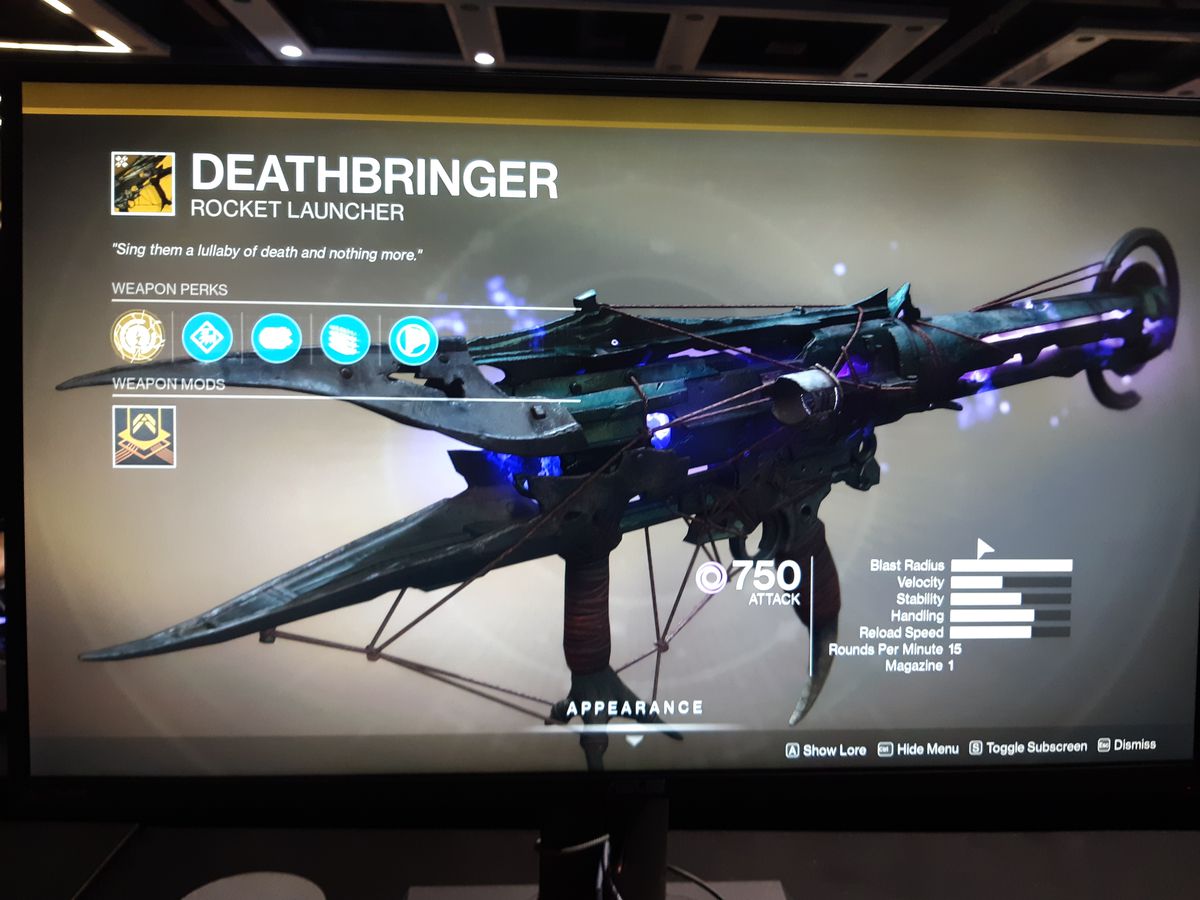 The Deathbringer is a new rocket launcher coming in Shadowkeep. It’s big, purple, and has one of the most unique profiles we’ve ever seen for a Destiny weapon.

Deathbringer’s two perks are Dark Deliverance and Dark Descent. The rocket fires a projectile that drops powerful void orbs when it explodes, and players can also remote detonate the rocket mid-flight. The farther the Void orbs fall, the more damage they deal. 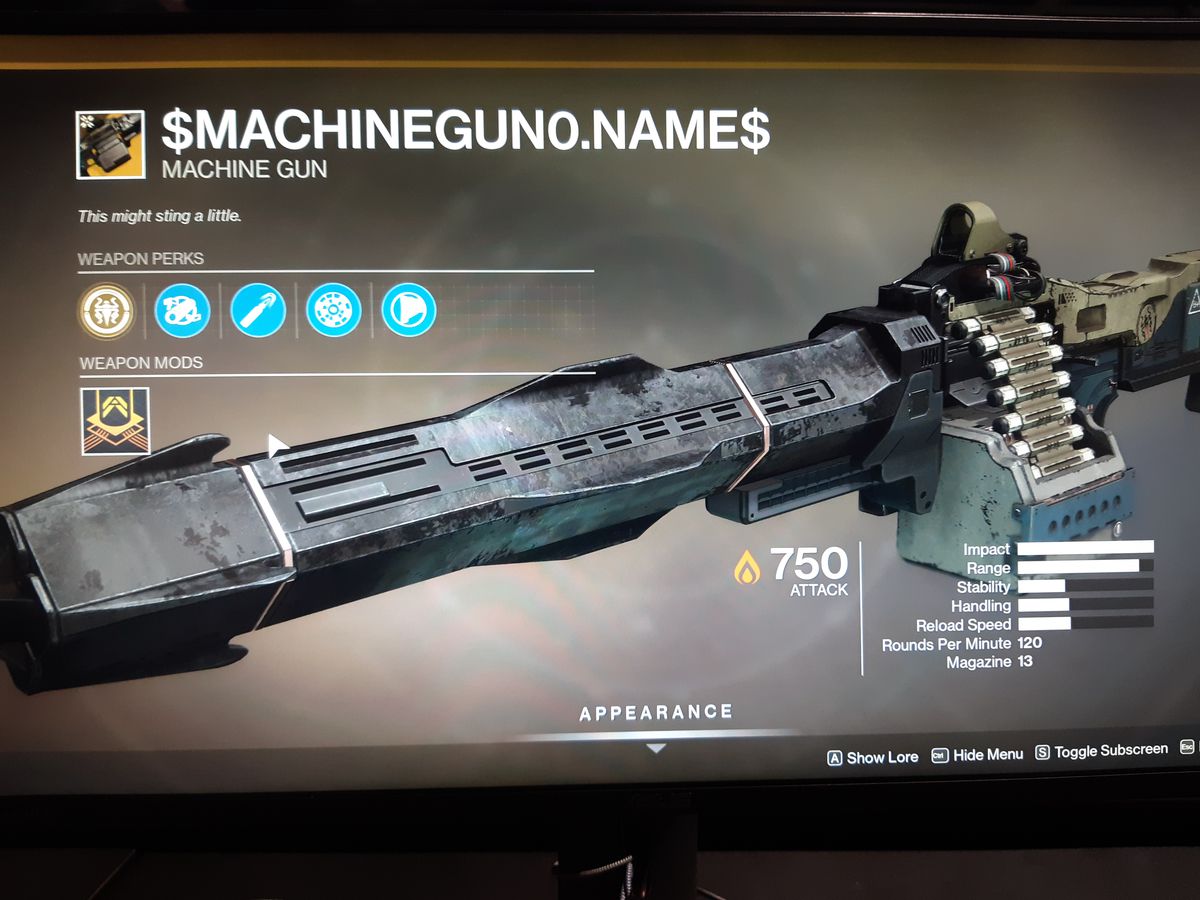 Destiny’s Bug LMG has been around since GuardianCon, but still doesn’t have a name. Players got to play with the new weapon at PAX.

The Bug LMG’s main perk is Pyrotoxin Rounds. The gun fires powerful explosive ammunition. It only has 13 rounds in the magazine, but does very high damage. 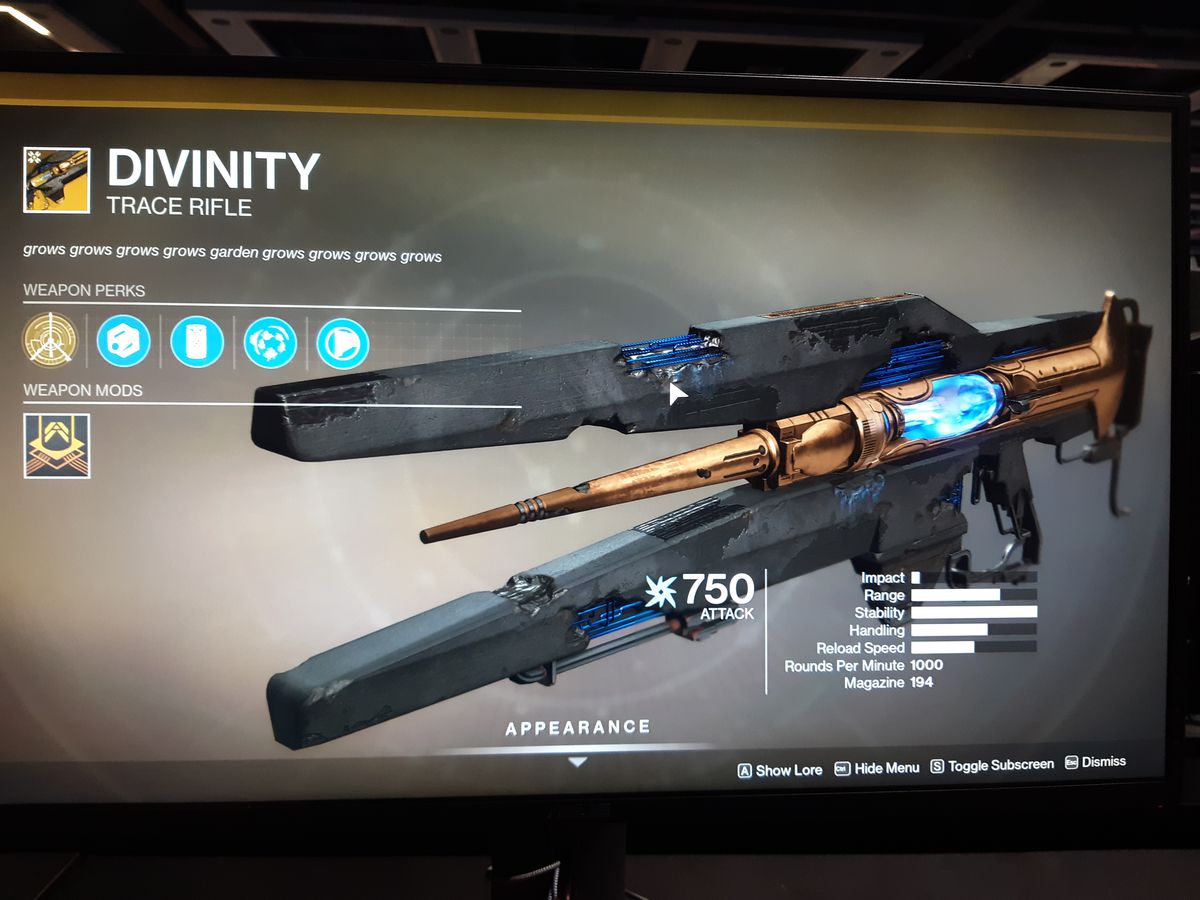 Divinity is the raid Exotic, and Arc trace rifle. It’s the trace rifle players saw in the original Shadowkeep ViDoc.

Divinity has two Exotic perks. Judgement causes the weapon to create an aura around an enemy that disrupts and weakens them with sustained damage. Penance causes enemies enveloped in Judgement to take damage. 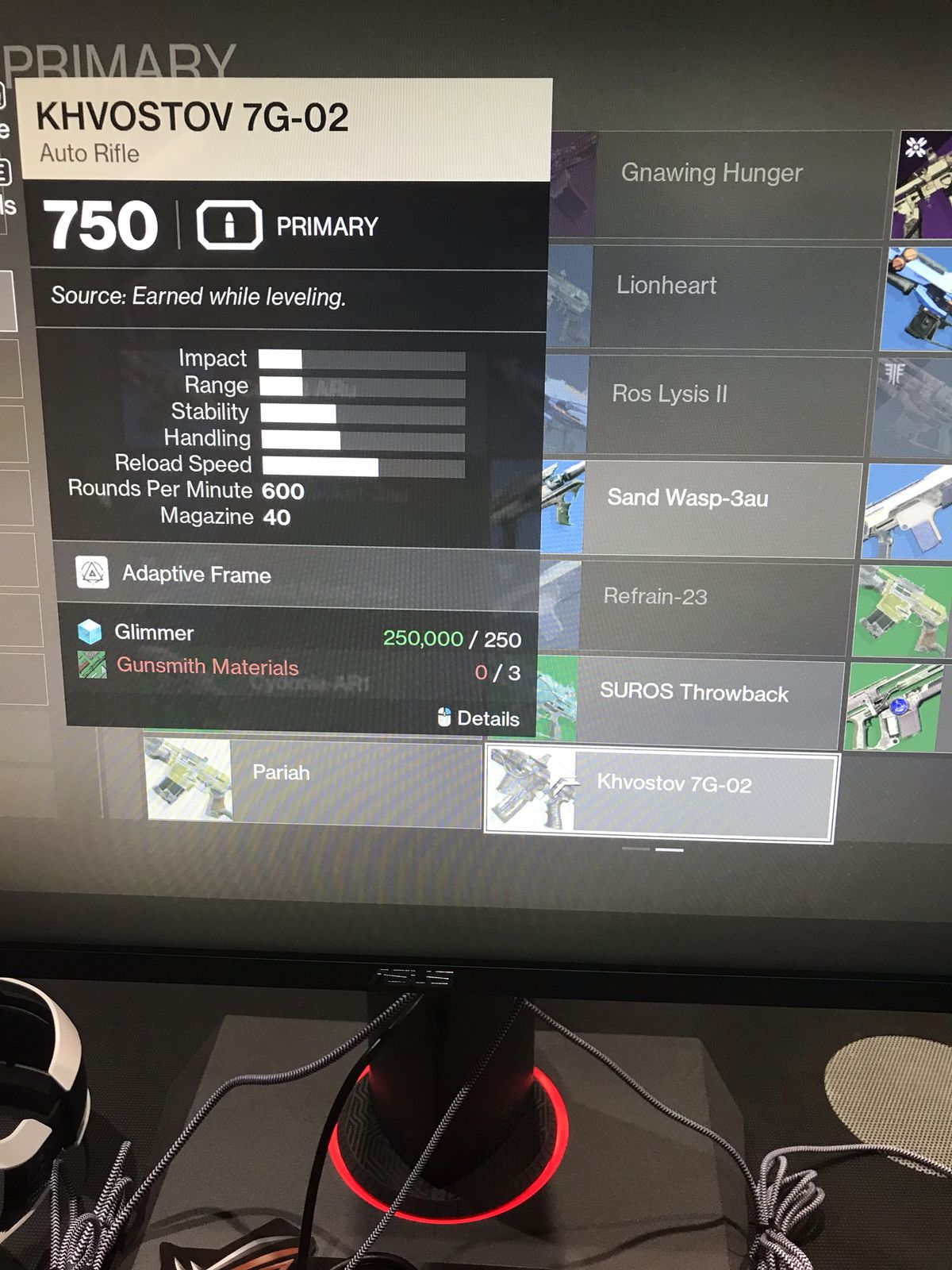 While not Exotic, players found a 750 version of the Khvostov 7G-02 auto rifle in the collection. This is the first weapon players ever wielded in Destiny, and it’s returning as part of the New Light mission. It’s suspected this weapon could come back as an Exotic, similar to what happened in the original Destiny.

The Phoenix Cradle’s Exotic perk is Beacons of Empowerment. The Sun Warrior buff lasts twice as long as before, and allies gain the buff when they walk through Sunspots.

The Stormdancer’s Brace Exotic perk is Ascending Amplitude. When players defeat enemies with Stormtrance, they increase the damage of Stormtrance.

These Exotics will come to Destiny 2 after Bungie releases Destiny 2: Shadowkeep for PlayStation 4, Windows PC, and Xbox One on Oct. 1.