You have less than a week left to claim the last two games PlayStation Plus is offering to subscribers in the ninth year of its Instant Game Collection. The subscription gave out 32 games, in all, in 2019; Were any of these any good? What would they otherwise cost? In short, what do the data say about the value of this PlayStation Plus benefit, which has been a part of the service since 2010?

We’ll try to answer that question for this year as we have the past five years, along with a few other questions. Such as: How old is the game? Did Sony publish it? What publisher did PlayStation Plus use the most? And did these appear earlier on Xbox Live Games With Gold?

These questions may shed light on where these free games programs are headed, particularly with a new console generation arriving next year in the form of the PlayStation 5.

What about Xbox Live Games With Gold?

In all, there were 32 games in the PlayStation Plus Instant Game Collection for 2019, with an average Metacritic score of 77.6 and a combined retail price (at the time of the offer) of $894.68.

The Metacritic average is 8.1 points higher than 2018, but the MSRP of the collection is $614.06 less. However, these figures don’t really compare well in light of the fact PlayStation Plus dropped support for the PlayStation 3 and PlayStation Vita after February 2018.

That reduced the number of free games offered from six to two (and therefore, the whole dollar value of the collection). Also, by shedding the dead weight of the PlayStation Vita, whose PS Plus games were often poorly reviewed and largely unknown, the catalog’s average critical score surged upward. And deservedly so; many high-quality first-party PS4 games were made available to players this year. It’s just a smaller sample size.

Some titles from January and February were cross-play enabled to one or more platforms; their primary platform is the one listed. After February, all games are for PlayStation 4 only.

Skinny: Amplitude and Steep are sort of hey-it’s-that-guy games that many folks may remember but never picked up. Skiing and a rhythm game are somewhat eclectic, but both are better than their Metacritic suggests, in my book. 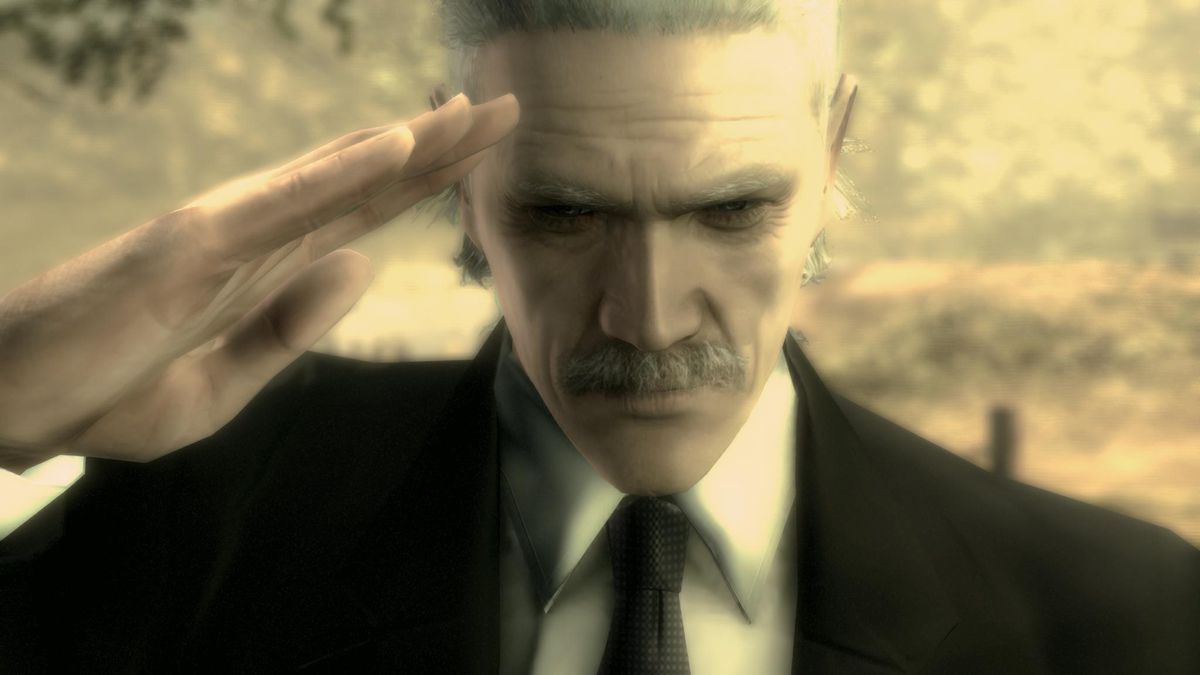 Skinny: In its last month on PS Plus, the PS3 gets a very fitting, very touching send-off with one of the best games ever made for it. Ten years ago, the PS3 inaugurated the PlayStation Plus Instant Game Collection, and with it the consumer expectation that a console’s premium service should toss its loyal customers a bone or two every month. The PS3’s no hero; just an old killer hired to do some wet work. 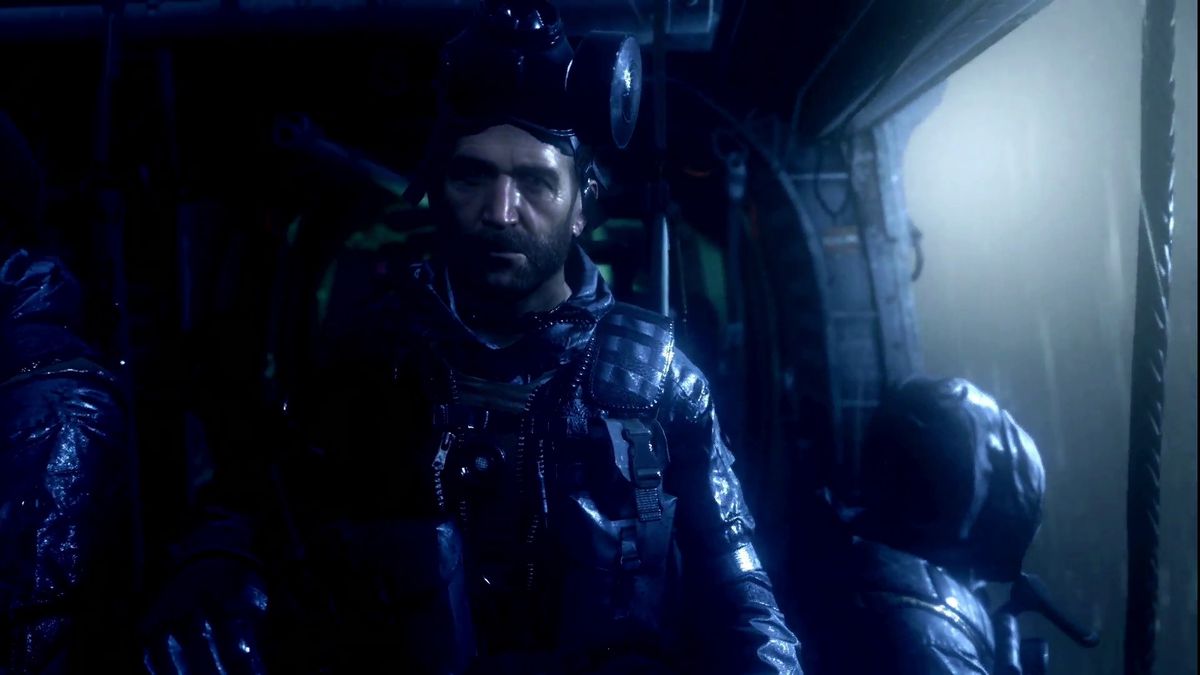 Skinny: Whoa! Where did that come from? Activision makes the best part of of 2016’s Call of Duty: Infinite Warfare available for good buddy Sony, and The Witness, which launched the same year, picked up a bathtub full of prestige nominations. 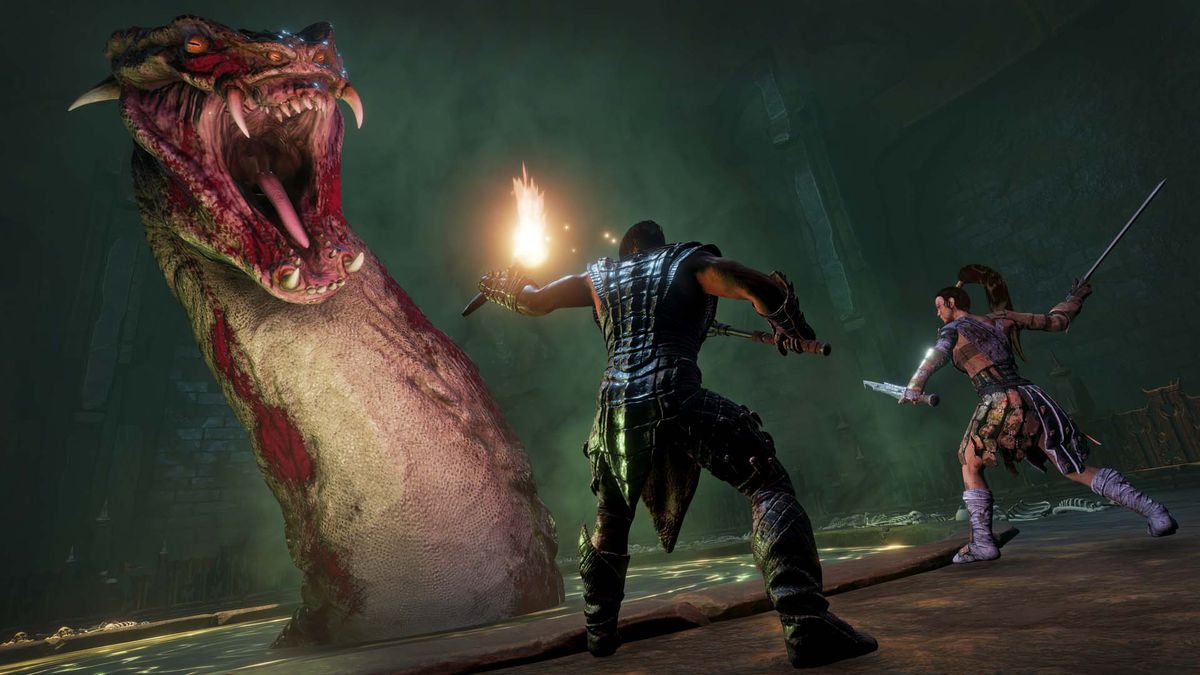 Skinny: This is what passes for a middling month now. Both games had a mixed critical reception, but if their genres are your cup of tea (survival action-adventure, or Souls-like action role-playing) it’s like found money. 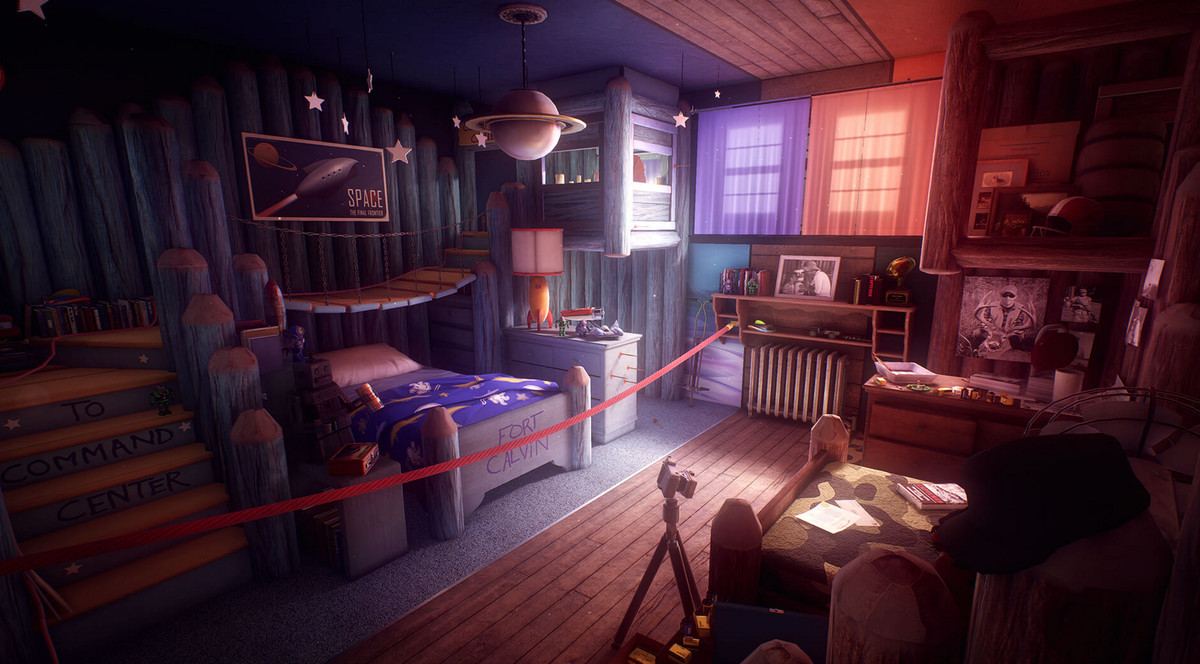 Skinny: An indie-only May doesn’t just pull out two any-old titles; What Remains of Edith Finch took Best Narrative at the 2018 Game Developers Choice Awards, and Overcooked was a grand prize nominee at the 2016 Independent Game Festival. It was followed by a sequel in 2018. 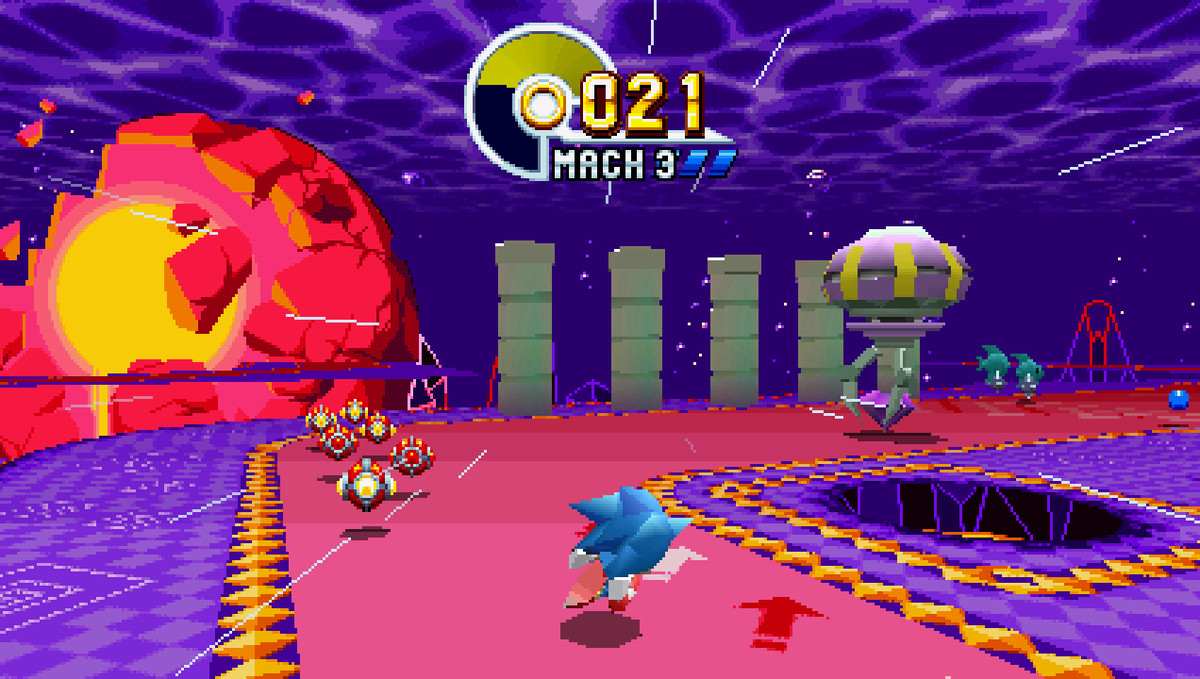 Skinny: Can’t argue with the value of three Borderlands games, even if they are five years old or more. Sonic Mania was also a breath of fresh air, celebrating the franchise’s 25th anniversary back in 2017. 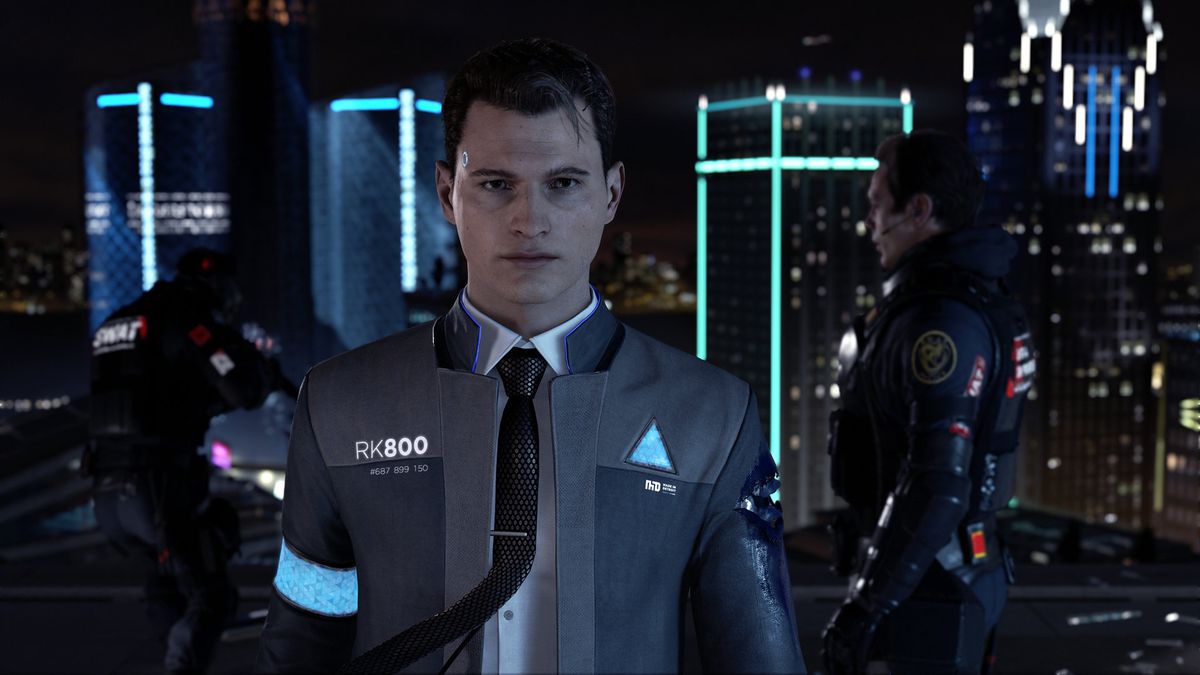 Skinny: Maybe you wondered if Detroit was worth the hype; maybe you thought it wasn’t. Either way, you could find out for yourself for free this month. 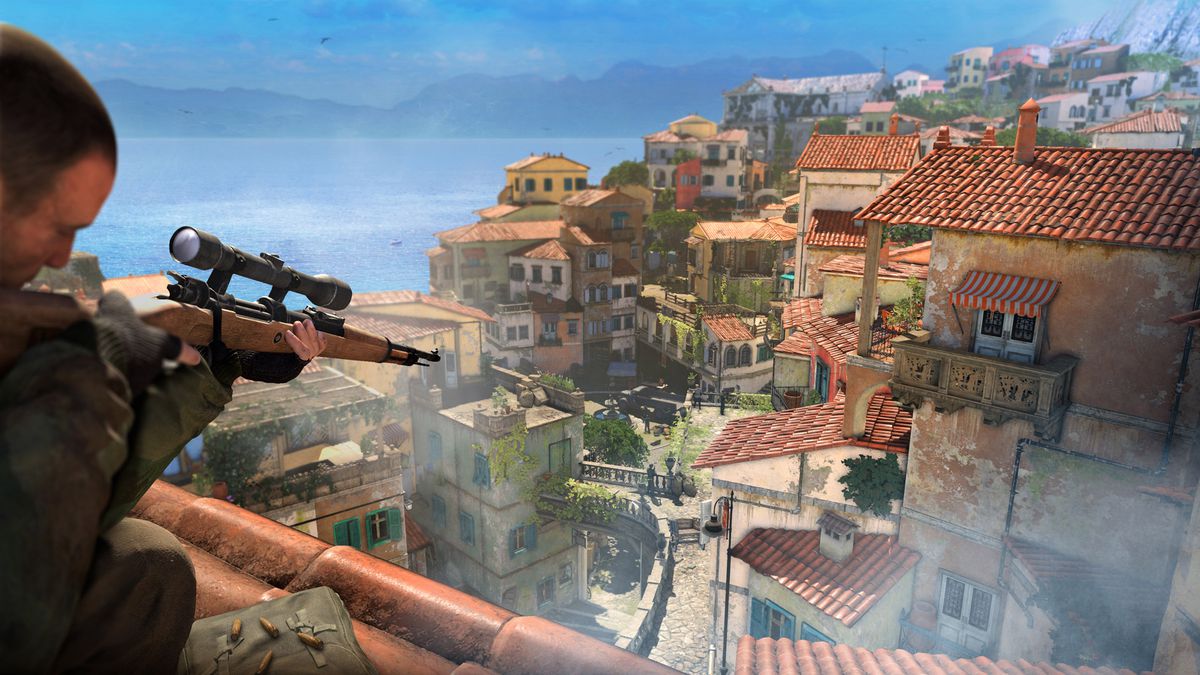 Skinny: Many will disagree, and for good reasons, but I think Rebellion’s Sniper Elite is a sorely under-rated series. Always happy to see that show up, even in a slow month paired with an older first-party anthology. 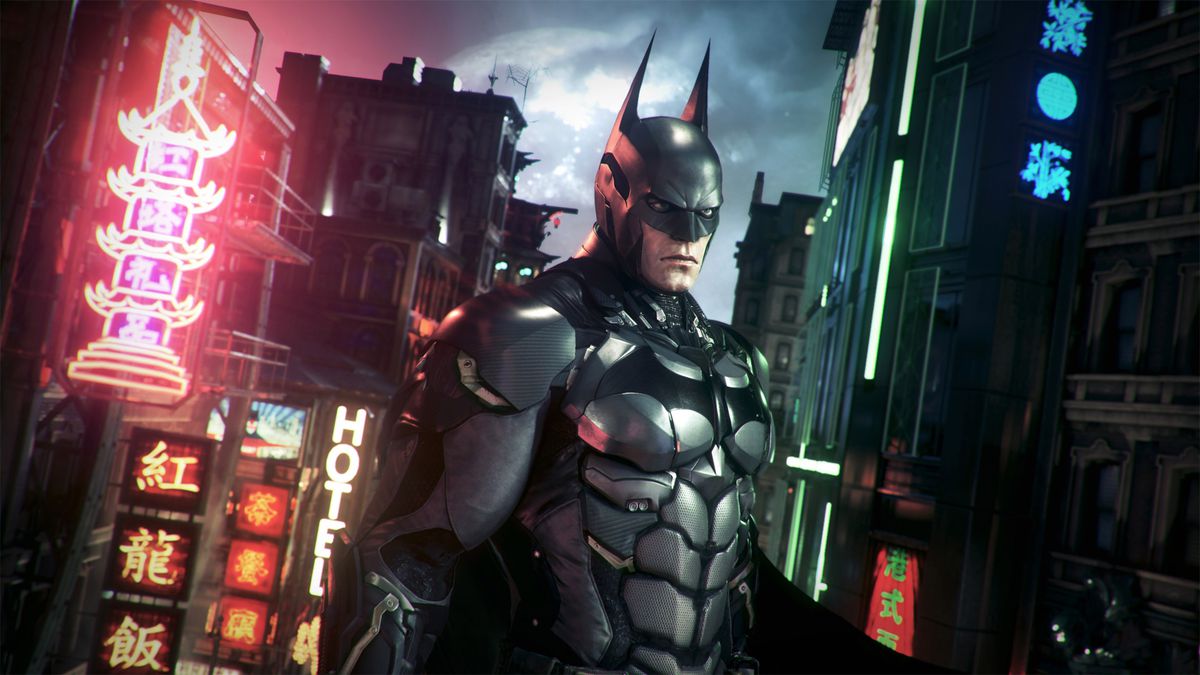 Skinny: Darksiders 3 was nothing special but we raved about Arkham Knight. Sure, it’s four years ago, but if you haven’t played Rocksteady’s Arkham finale yet, this is a month when you definitely feel like you’re getting something for nothing. 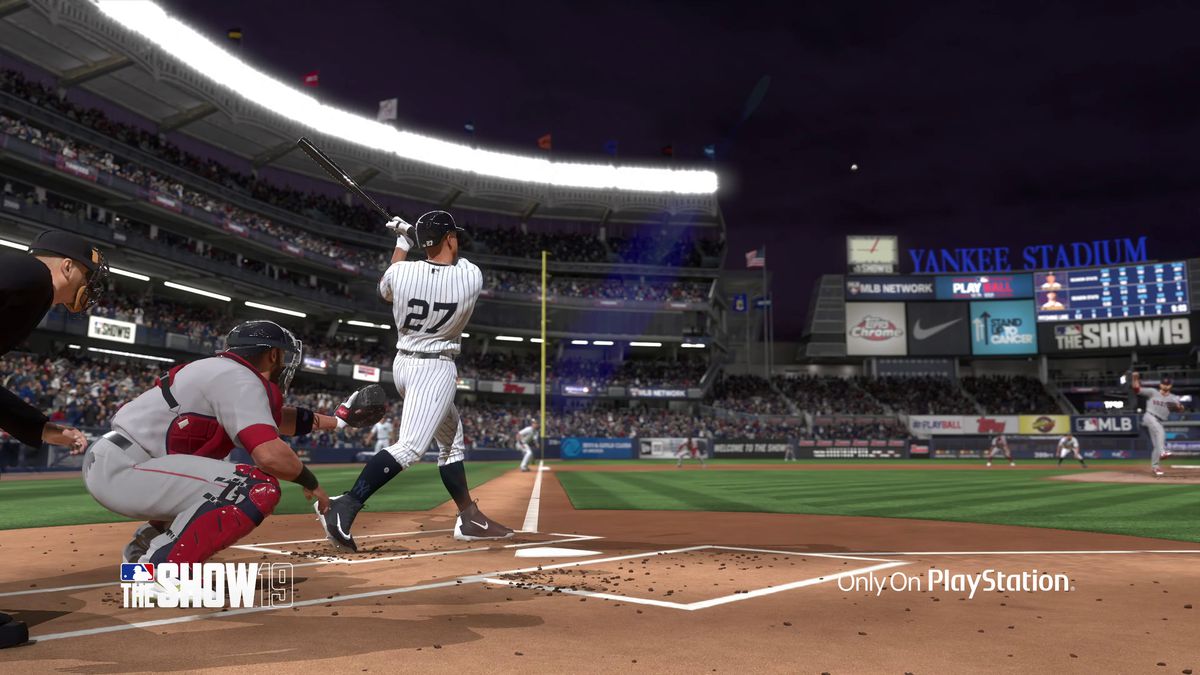 Skinny: A first-party only October highlighted Sony’s push on the PlayStation Now streaming/download service, which got a price discount and these two titles this month. MLB The Show 19’s career is always a time vortex for baseball fans, and it’s rare to get a AAA sports video game in its current year in one of these programs. 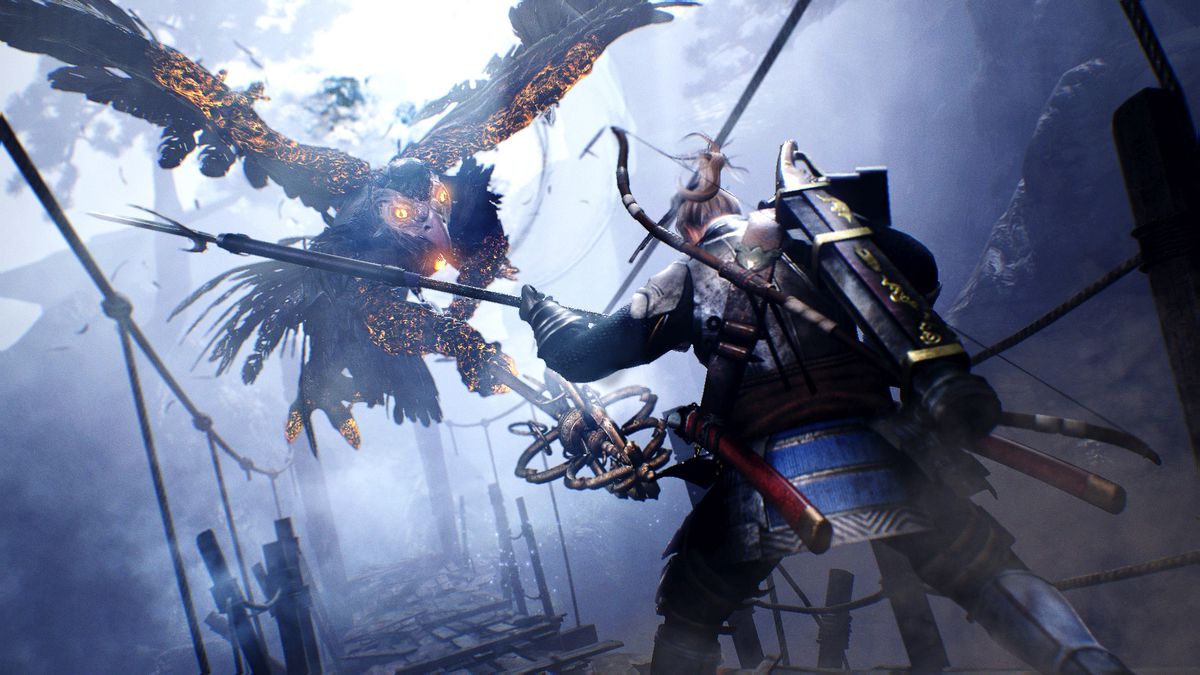 Skinny: Nioh was one of our top 50 games of 2017 and is the rare game that combines quality gameplay with mass-market recognition and cultlike devotion. Its sequel is on the way in March. 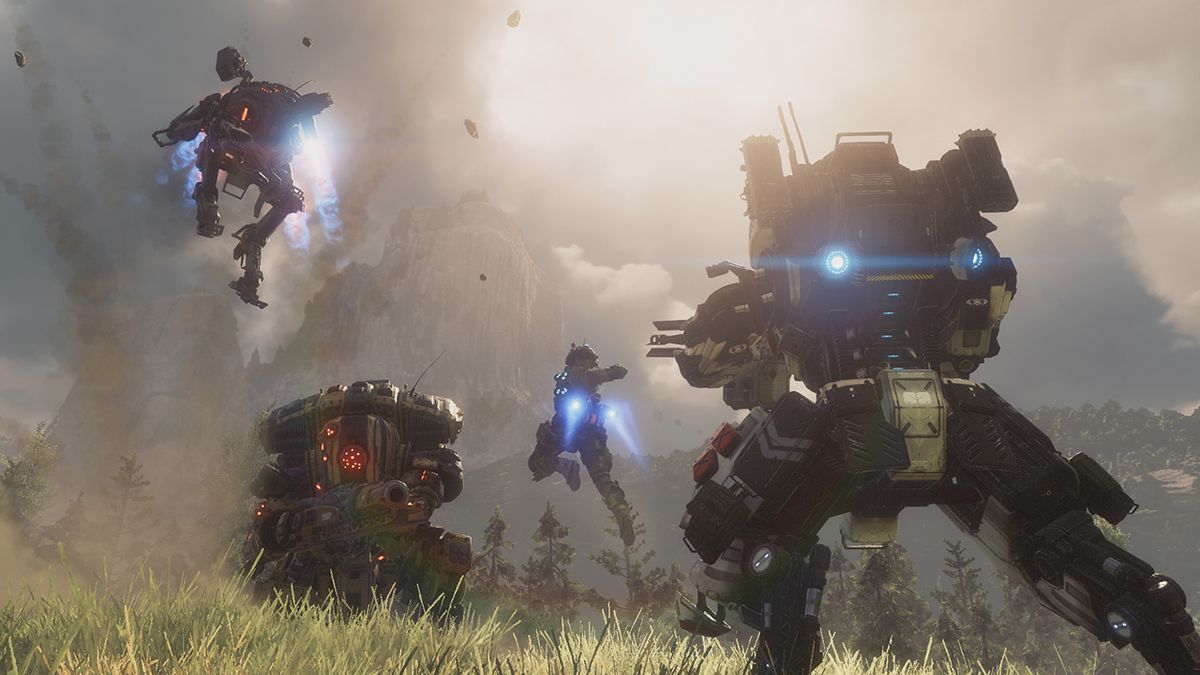 Skinny: Titanfall 2 had one of this decade’s best single-player campaigns for a first-person shooter, and is timely here in light of Respawn’s launch of Star Wars Jedi: Fallen Order the month before. If you liked one, you’ll probably dig the other. 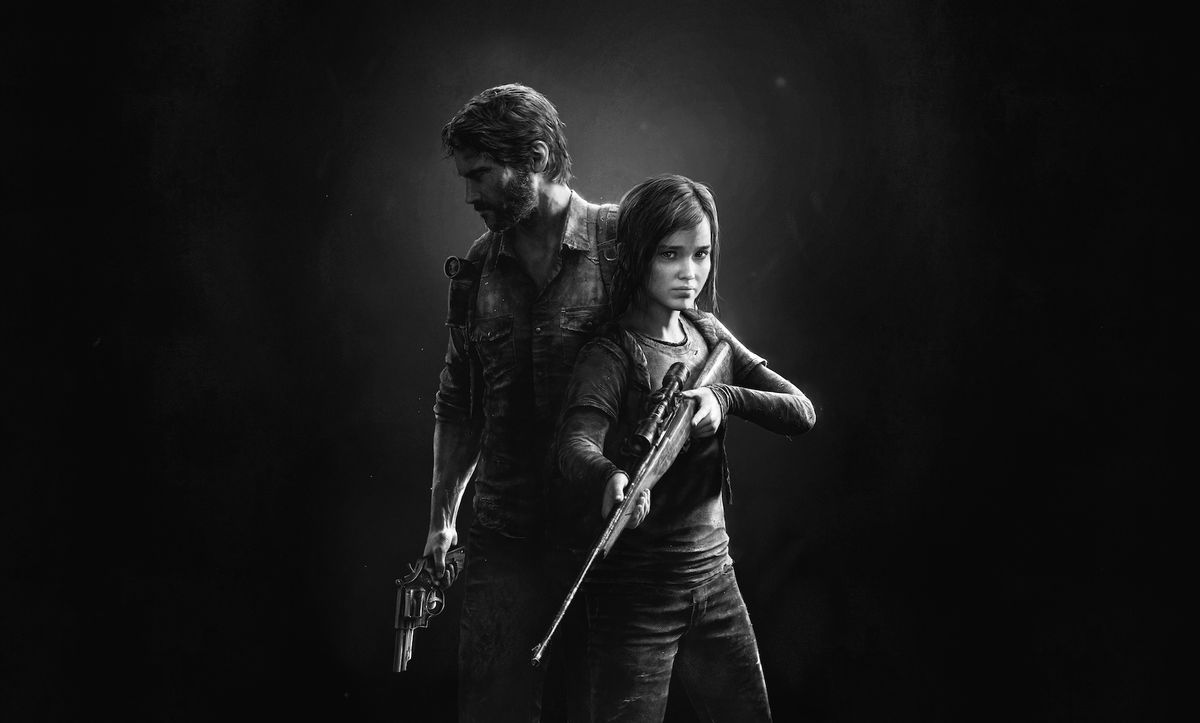 The Last of Us Remastered
Image: Naughty Dog/Sony Interactive Entertainment

Though Sony Interactive Entertainment itself stopped developing for the platform four years ago, 2019 was the year it finally took the PS Vita to the vet and buried it in the flower garden. Dropping PS3 from PlayStation Plus at the same time means a catalog one third the size of last year’s, but the high quality of the PlayStation 4’s deep library really shone through in 2019. And that’s before you get to third-party standouts like Nioh and Titanfall 2 to close out the year, or the well chosen indie cohort of The Witness and What Remains of Edith Finch, or even games with cult followings like Sniper Elite 4 and Conan Exiles. In all, it was a very strong, very well balanced year of offerings for PlayStation Plus. Games With Gold, which has advantages in backward compatibility and third-party support, looks slapdash by comparison.

Though Microsoft seems determined to drive everyone through its Xbox Game Pass program, especially for the new console generation, it’s less clear what Sony has in mind for its older program in PlayStation Plus. But this year’s focus on fewer, better games, rather than highlighting the lower (and often arbitrary) dollar figure of the catalog, instead draws attention to several titles who more than pay for the $60 subscription fee on their own. There is value in every month of 2019. 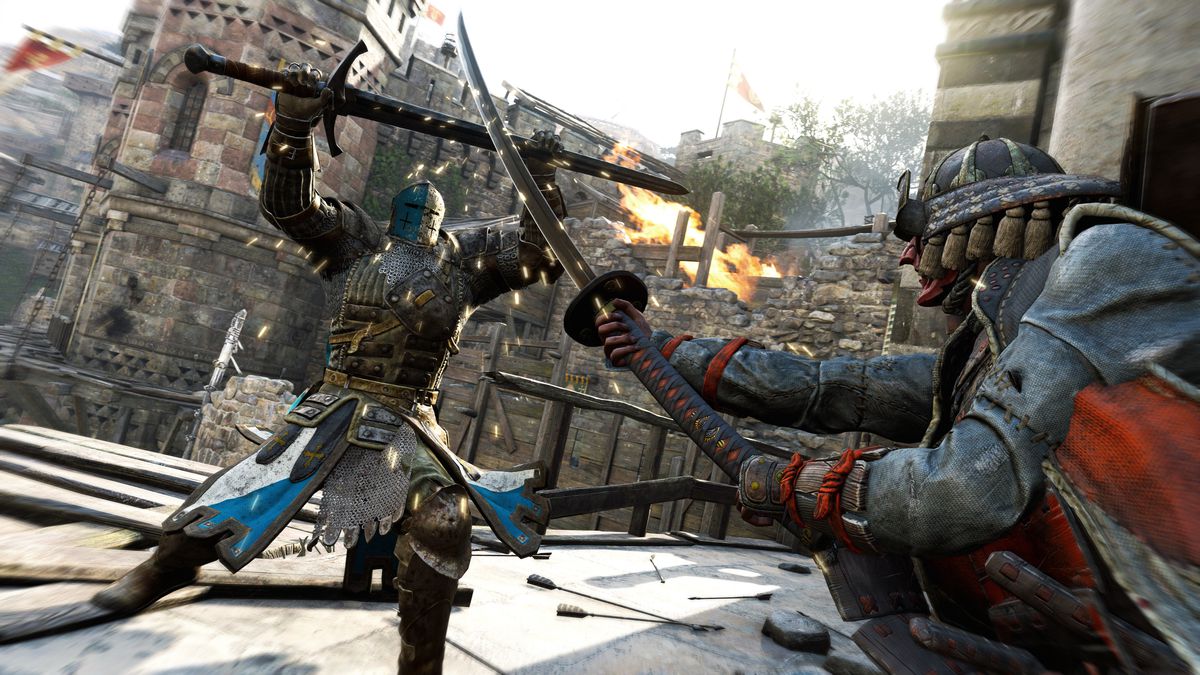 Published by Sony: Four titles: Detroit: Become Human, Wipeout Omega Collection, MLB the Show 19 and The Last of Us Remastered.

Publisher with the most titles: Sony. Second most was Ubisoft (Steep and For Honor) and Konami (Zone of the Enders HD Collection and Metal Gear Solid 4: Guns of the Patriots). 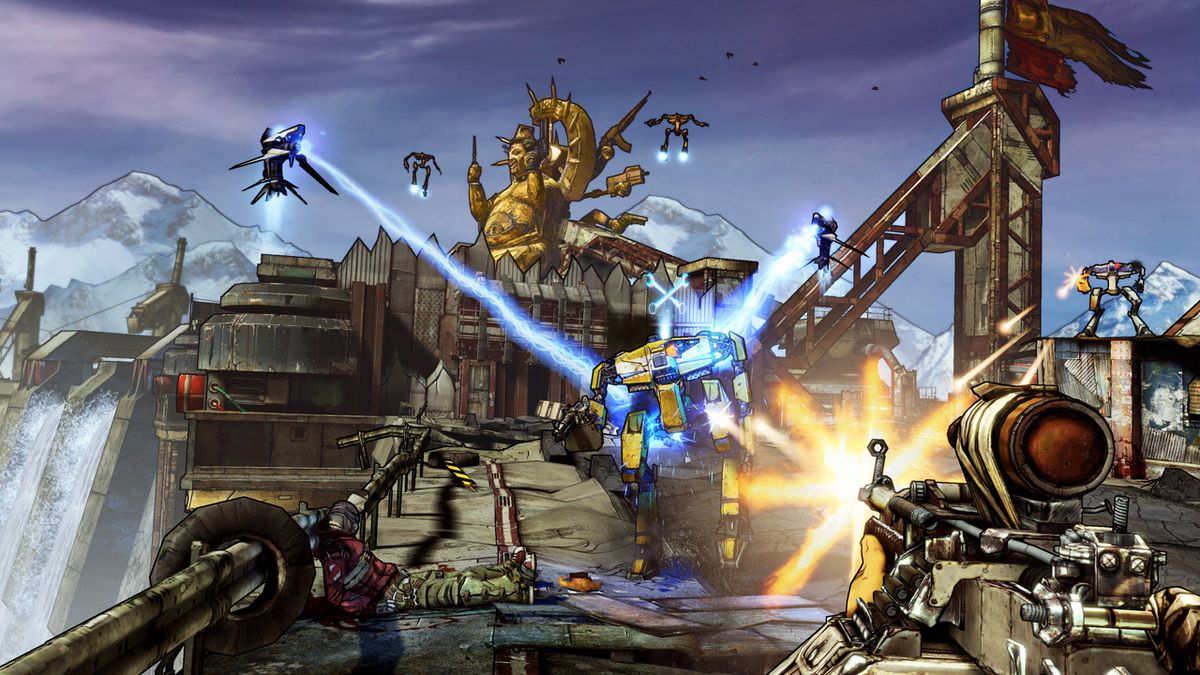 Highest rated PlayStation 4 game: The Last of Us Remastered (95)