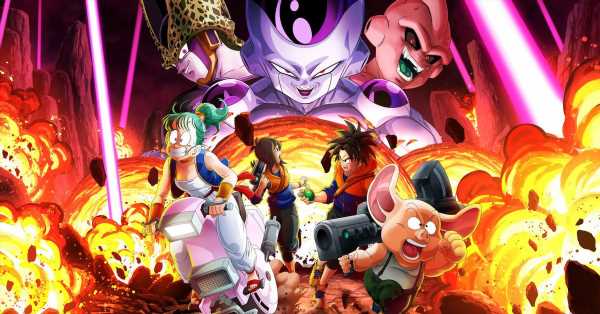 Bandai Namco and developer Dimps revealed Dragon Ball: The Breakers on Tuesday, a new game with an intriguing gameplay twist for the Dragon Ball franchise: It’s an asymmetrical online multiplayer game, where players fight to survive in 7v1 matches.

In other words, Dragon Ball: The Breakers’ closest comparisons appear to be horror-tinged asymmetrical multiplayer games like Dead by Daylight, Evolve, and Friday the 13th. In Dragon Ball: The Breakers, seven Survivors will try to outwit, outsmart, and outlast the player assuming the role of The Raider. Players in that role can choose either Cell, Buu, or Frieza, who are overwhelmingly more powerful than the other players. The underpowered Survivors — which includes the shapeshifting pig Oolong — must hide, use gadgets, weapons, and power-ups, or disguise themselves among the environment.

Survivors who find the Super Time Machine can escape the realm known as the Temporal Seam, where they are trapped, to win.

Dragon Ball: The Breakers is coming sometime in 2022 to Nintendo Switch PlayStation 4, Windows PC, and Xbox One, and will be compatible with PlayStation 5 and Xbox Series X, Bandai Namco says.