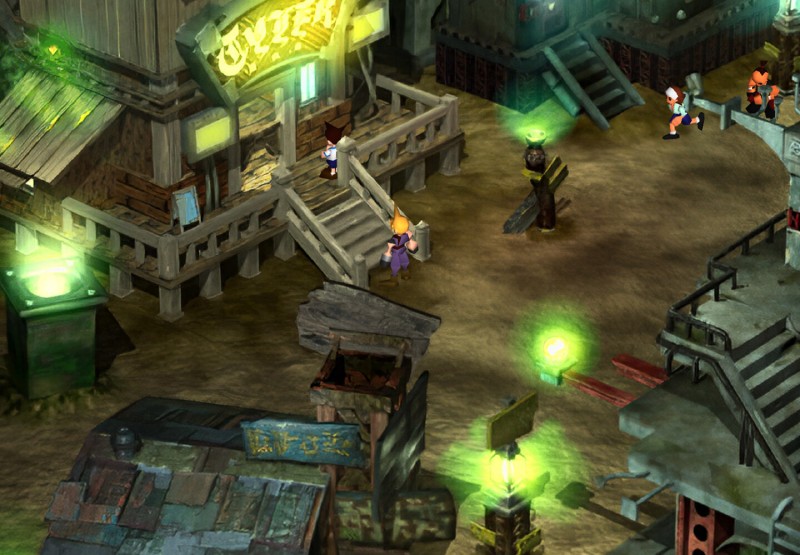 The Switch is a great little device. Most people who own it tend to agree that playing both new games and classic titles on the go to be a fantastic experience. One of those recent classics that has been ported to the system is Final Fantasy VII, one of the most renowned JRPGs of all time.

I bought the Switch version of the game to give it the old college try to see if I could come to appreciate it in spite of how many years have lapsed since its release. To my surprise, I found that I was enjoying the story and even the aesthetic to the point that I felt compelled to keep playing…right up until I hit a gamebreaking bug about three hours into the story. What’s worse is that this bug was reported over a year ago in the PC version. The game is also on Xbox One and PlayStation 4 and might have the same bug but we can’t confirm that since I only encountered it in the Switch version.

You can read the specifics of the issue here but generally what happens is an event that needs to trigger for you to progress doesn’t happen. Restarting the game doesn’t fix it. If you have an earlier save stretching back, you might be in luck but otherwise you’re probably looking at a full restart. PC players were savvy enough to identify the issue and come up with a fix by fiddling with the game’s config files. Switch players (like yours truly) are out of luck since they can’t dive into the game’s backend. The lack of a eShop refund option coupled with the fact this bug has been reported for over a year makes this issue completely unacceptable.

So just be aware if you’re considering purchasing the Switch (or Xbox One) version of Final Fantasy VII either to relive some of your favorite JRPG memories or you’re wanting to see what all the fuss is about, because there’s a decent chance you’re buying a broken game.