The Witcher Netflix series draws from the source material provided in Andrzej Sapkowski’s novels and short stories. However, the creators kept the series’ gamer base in mind, incorporating several references to The Witcher 3. 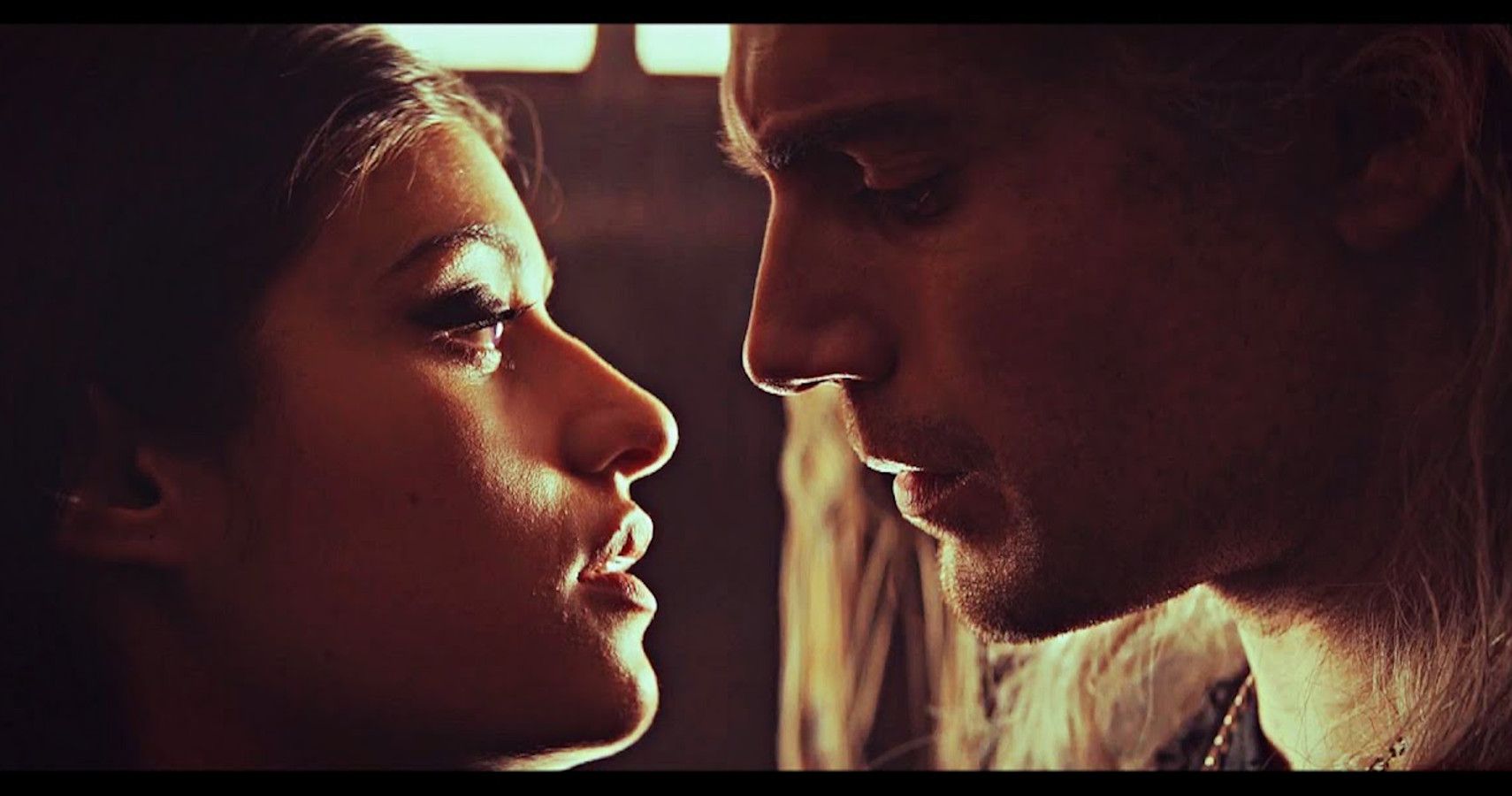 “Lilac and Gooseberries” is the second main quest in The Witcher 3 when Geralt and Vesemir are looking for Yennefer. The scent is a distinguishing quality of Yen’s along with her violet eyes and black and white attire. Throughout the dialogue, players can tell the scent has a certain effect on Geralt, softening his gruff persona momentarily each time it arises. 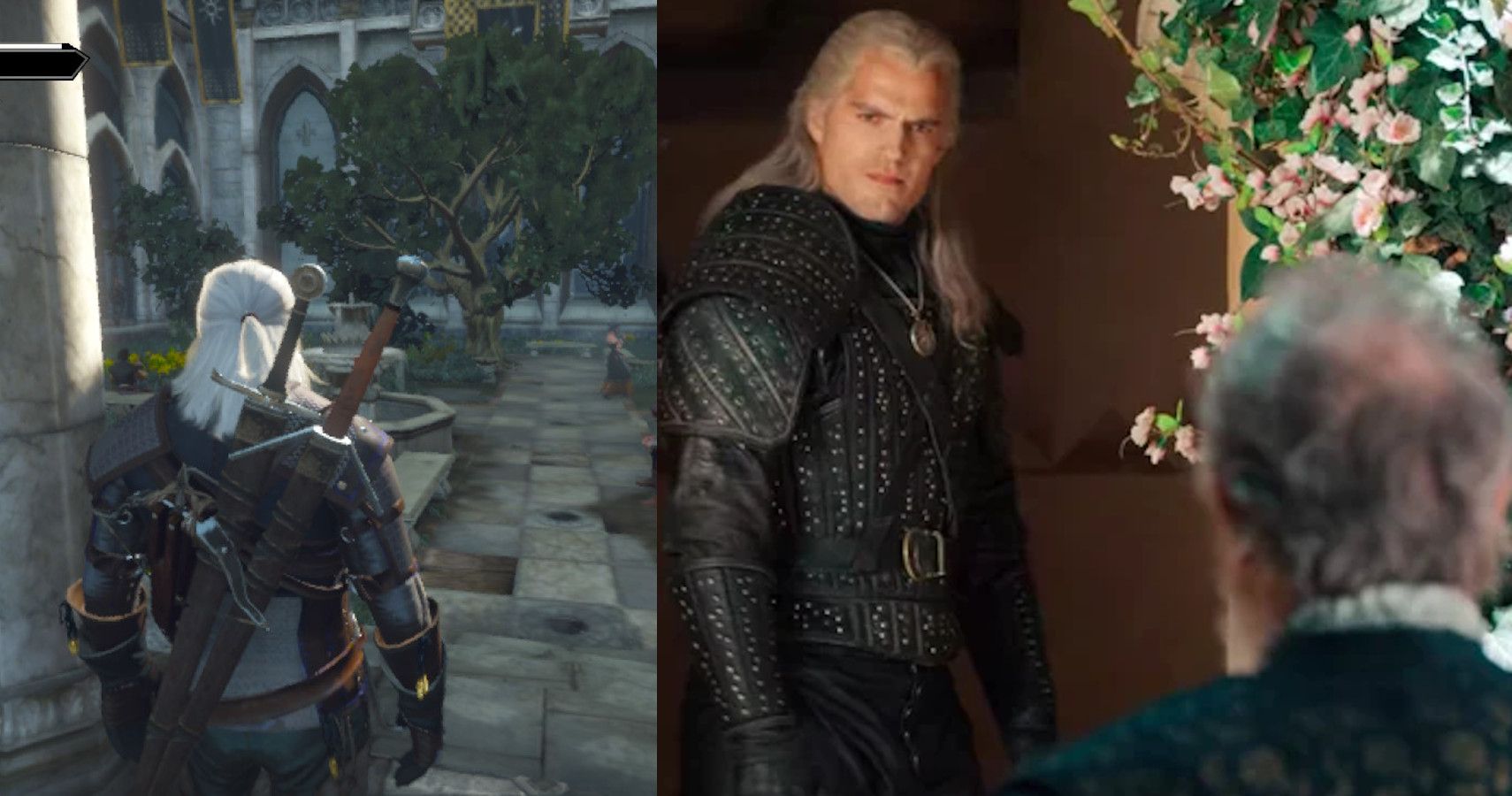 To be clear, Stregobor’s hideout in Blaviken is not the same location as the Royal Palace in Vizima, visited in The Witcher 3, but it is oddly reminiscent. Minus the sorcery and naked women, Stregobor’s hideout in episode 1 of the Netflix series matches up to the courtyard found within the Royal Palace. The scene in the show implements key aesthetics like the tree and fountain in the center. 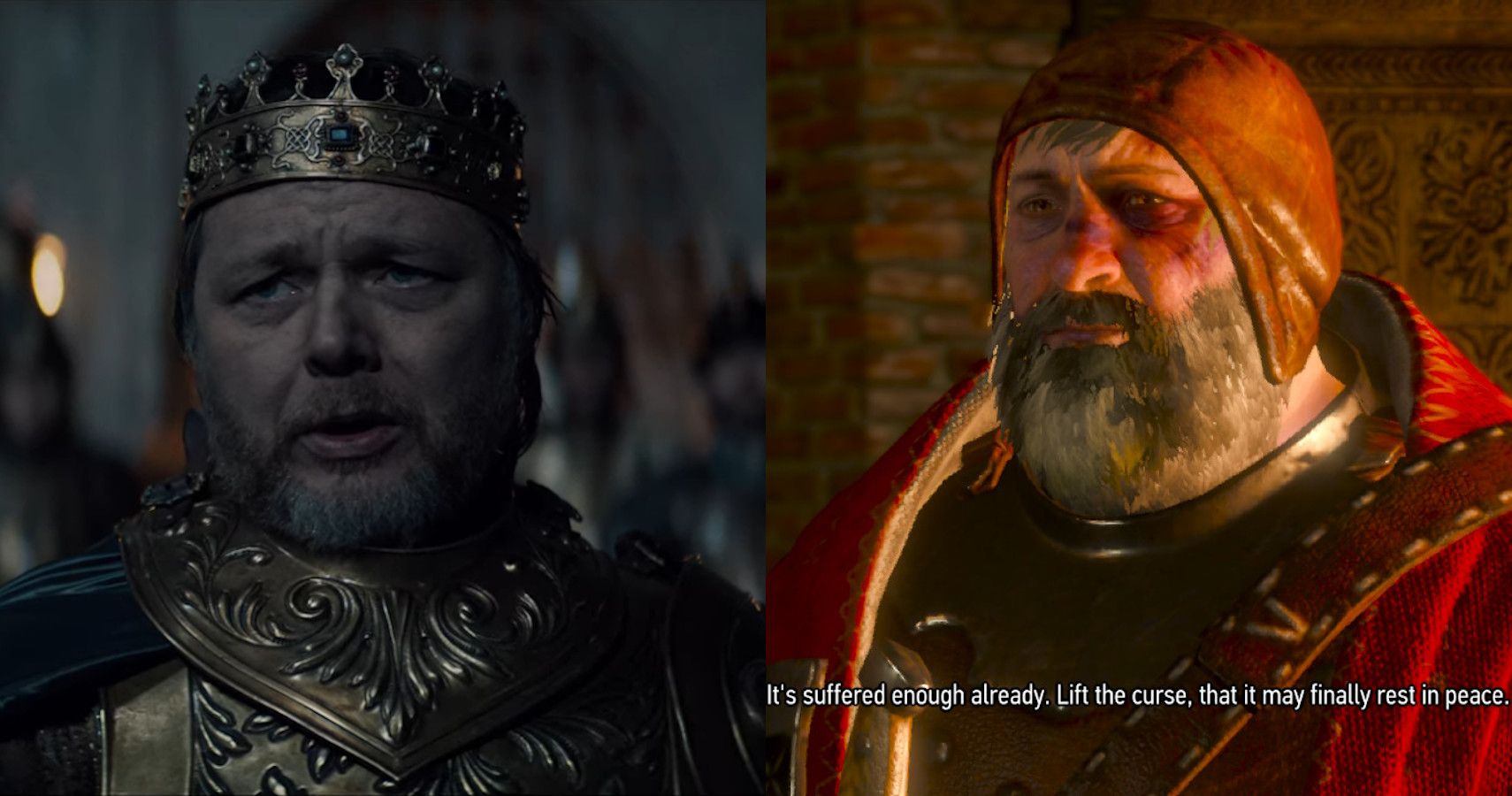 In The Witcher 3, there is a quest chain called “Family Matters” in which Geralt is tasked with helping Phillip Strenger (The Bloody Baron) locate his family. One of the quests within the chain requires Geralt to choose between attacking or turning a Botchling that was once the Baron’s daughter. This questline is eerily similar to episode 3 “Betrayer Moon” where Geralt is contracted to take on a Striga that was once King Foltest’s daughter. In the show, Geralt is faced with the same decision of either killing the Striga or lifting the curse.

Upon Geralt’s first audience with Foltest, he equates the Striga to a mutated abortion. While Strigas and Botchlings are different monsters, Geralt’s choice of metaphor is quite similar to how Botchlings are created. A gruesome chain of events including unborn children not receiving proper burials causes Botchlings to take the appearance of mutated fetuses.

Foltest and the Baron share similar traits as well, both being men of power and foul deeds. Both are remorseful however and plead with the Witcher to spare their daughters. The situations mirror each other closely and the Baron drives the correlation home by eluding to Foltest several times in his dialogue. 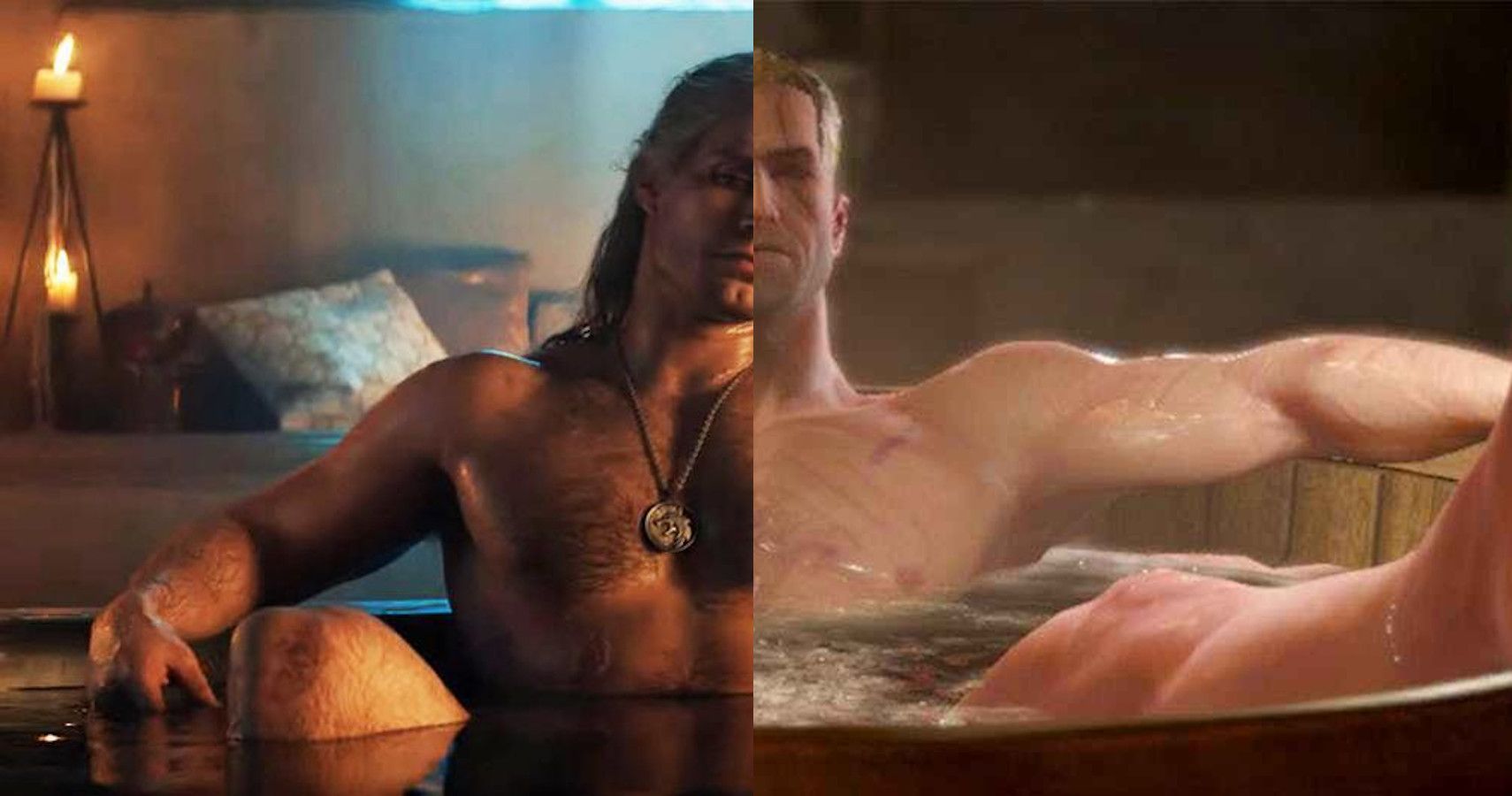 The opening cutscene in The Witcher 3 depicts a flashback dream of Geralt and Yen in the Kaer Morhen bathhouse. The Netflix timeline takes place well before the game’s events, harkening to events that take place in Andrzej Sapkowski’s short story “The Last Wish” instead. However, it’s evident the show was aiming to pay tribute to the iconic moment from The Witcher 3‘s opening as well. Both scenes set similar lighting and angles along with witty and sexually charged banter between the two that strike reminiscent tones. 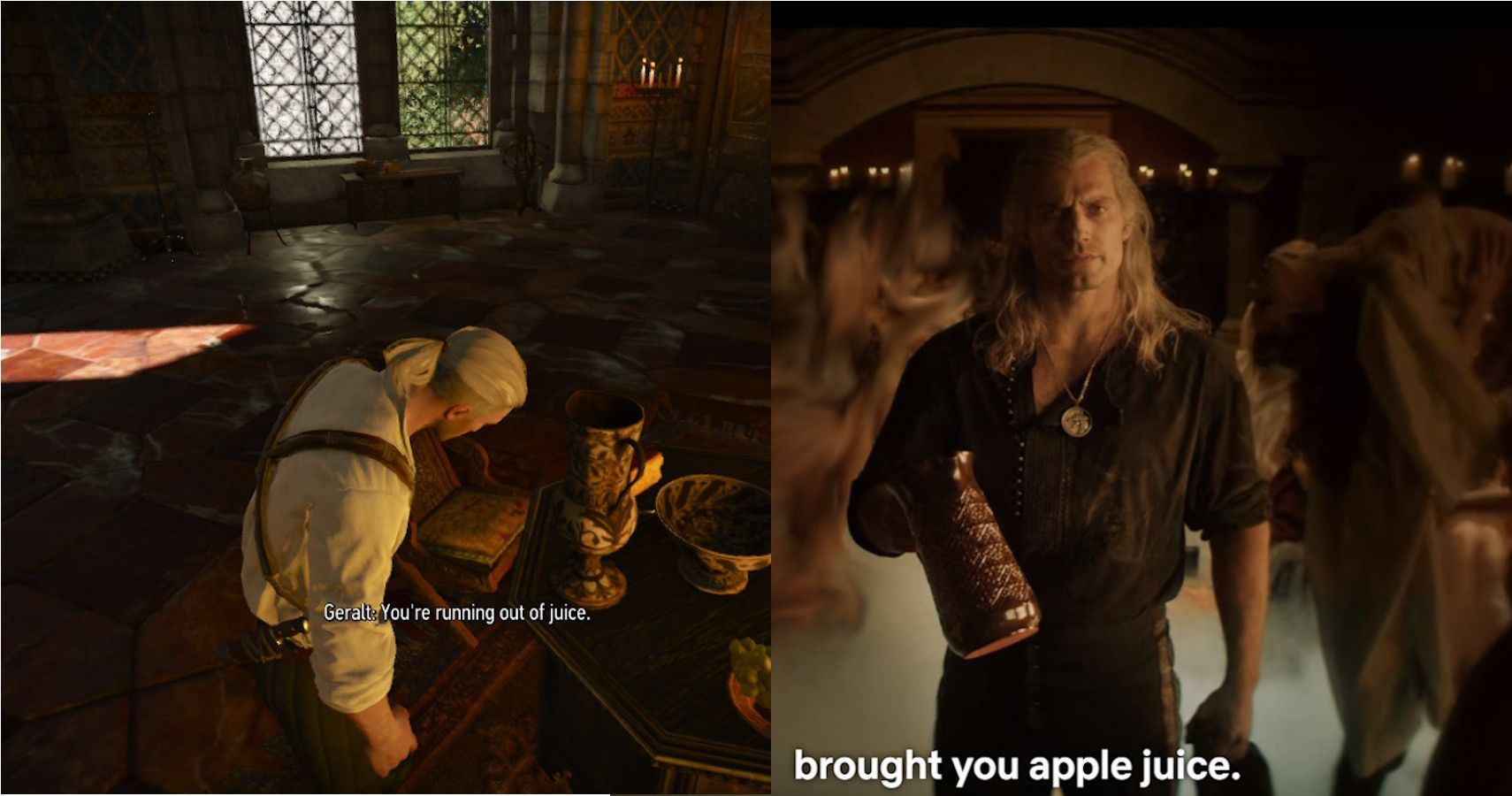 Geralt and Yen’s first meeting in the show is memorable to be sure, but the best part is the hidden easter egg in the scene that seems to respond directly to a bit in The Witcher 3. After the infamous bathhouse cutscene, players enter gameplay and while searching the chamber for a key, may just happen upon a diminishing bottle of apple juice. Interacting with the bottle incites dialogue between Geralt and Yennefer. When Geralt notes Yen’s running out of juice she responds with “…you might get me some more…” With that in mind, it is downright adorable when Geralt’s first words to Yen during “Bottled Appetites” are “I, uh… brought you apple juice.”

It’s not a reference so much as a neat coincidence, but MyAnna Burning (who portrays Tissaia Des Vries in the Netflix series) also voiced Anna Hennrietta in The Witcher 3. On that note the Witcher himself, Henry Cavill has a background with The Witcher 3 as well, albeit recreational rather than professional.

So many connections tying one adaptation to the other can only bolster the success of the franchise, so long as those correlations don’t disrupt the series’ continuity or timeline.