“You know, I’m actually playing Mass Effect right now, because the Legendary Edition was released,” Jack Wall, composer of the first two Mass Effect games and the four most recent Call of Duty Black Ops games tells me. “I decided to get it and give it a shot. It’s just funny, how we implemented the music back then was not great. And they really didn’t improve on that at all, unfortunately, but I wish they had. I thought they would do a pass on the music, but it’s pretty much exactly the way it was in the first game. Maybe they were trying to be pure about it.”

Wall has over two decades of experience in the games industry, working on titles such as Jade Empire and Myst prior to Mass Effect and Call of Duty. He explained that he likes to try and include musical cues from whatever era he’s scoring for within this work – something he’s been able to do with quite a lot of Zombies maps and Black Ops games as Call of Duty moves through the 20th Century. With Mass Effect, set close to 200 years in the future, there’s no reference point available, which is why the game’s futuristic sound is influenced by looking backwards. “Casey Hudson [Mass Effect’s director] decided he wanted that sort of Blade Runner sound, or synthesiser orchestra sound,” Wall says. “I’ve never done that before, and so it’s pretty much all synth, especially the first one. Then in the second one we had gotten into using samples and orchestra and stuff like that. We just wanted a unique sound. I think it worked really well for the game, I’m pretty proud of that. The references were Tangerine Dream, Vangelis. You know, people who did music with synthesisers back in the ‘80s for movies. There’s a tonne of them. And I just went back and listened to all those things. And Tangerine Dream was a pretty heavy influence on it, actually. It’s taking pretty cool music and then trying to figure out how to make that work in our worldbuilding. That’s what my challenge was, but I think it came out pretty good. And people seem to enjoy it a lot.”

Of all the missions across the first two Mass Effect games, the suicide mission is the most iconic and the most epic, with the rising and falling score maintaining a razorwire tension throughout. I tried to tap Wall’s brain for how that steady tension was constructed in the soundbooth, but unfortunately, he hadn’t played up to that point when we spoke, and couldn’t recall the specifics of a mission scored over a decade ago. “I don’t remember [the suicide mission] right now,” Wall admits. “I just remember the very end of it, where you’re trying to escape and get out of there before it all blows up. It was so nerve wracking to get done because we had a very limited amount of time. That was the first game BioWare ever was required to ship on a date. Every game they had done before that Jade Empire, [the first] Mass Effect. All the games before that, Ray Muzyka and Greg Zeschuk who owned the company, were like, ‘We’re not going to ship a game till it’s ready’. But they couldn’t do that with Mass Effect 2. 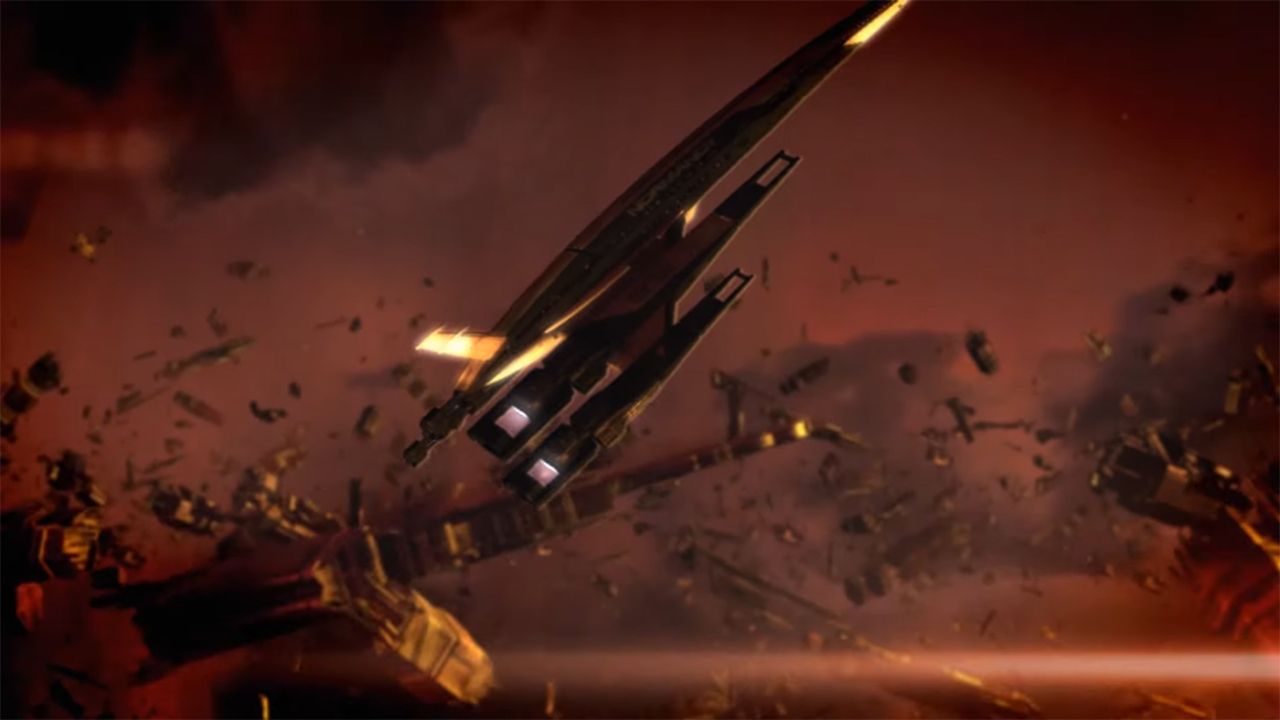 “So it’s really intense, getting the game done. But in terms of leading up to their final mission, I can’t really recall it, but I do everything the same way. I just try to tell the story. I try to create moments where you can come down, and it’s just tense. And then you create space for the big moments. That’s your job. As a composer, you’re going to score the moments, but you’re also going to need space for music. And that’s what happened at the end of that game. I think it’s one of the best endings of any game I’ve ever played or been involved with. It’s truly a satisfying experience to play that. I think that the payoff is huge after you play this game. It’s just a really big deal.”

Another intense, pressurised situation Wall can recall much more easily was the score for Call of Duty Black Ops: Cold War. On top of the extra challenges that come with writing and recording for an orchestra during the pandemic, Wall set himself the task of writing the theme in Russian to match the Cold War theme. There was just one hiccup – Wall does not speak Russian. Instead, he had to write in English, then have the script translated and transliterated in order to compose the melody. Thanks to the pandemic, the majority of this work was completed over phone calls and video conferencing.

“Oh my God, Russian was really hard,” Wall says. “It’s not one of the Romantic languages, so you can’t look at a word and say, ‘Oh, I know this kind of means that’, or know how to pronounce that. So I had to hire a translator, and we went through a very long, very arduous process. [We came up with] a pronunciation guide for English singers, and it was especially challenging because of Covid, so they could not get in the same room. We had to find 32 singers that all had the ability to record themselves at home by themselves, and then had them do two different passes – one on the mic and one off axis – and then somebody [had] to clean it up, edit it together, make sure it all sounded good together. It came out flawlessly and was amazing, but it was a lot of extra work. I didn’t really know what the game was even called until maybe around May of last year. So we recorded in June, I think, and then again in August, and it was intense.” 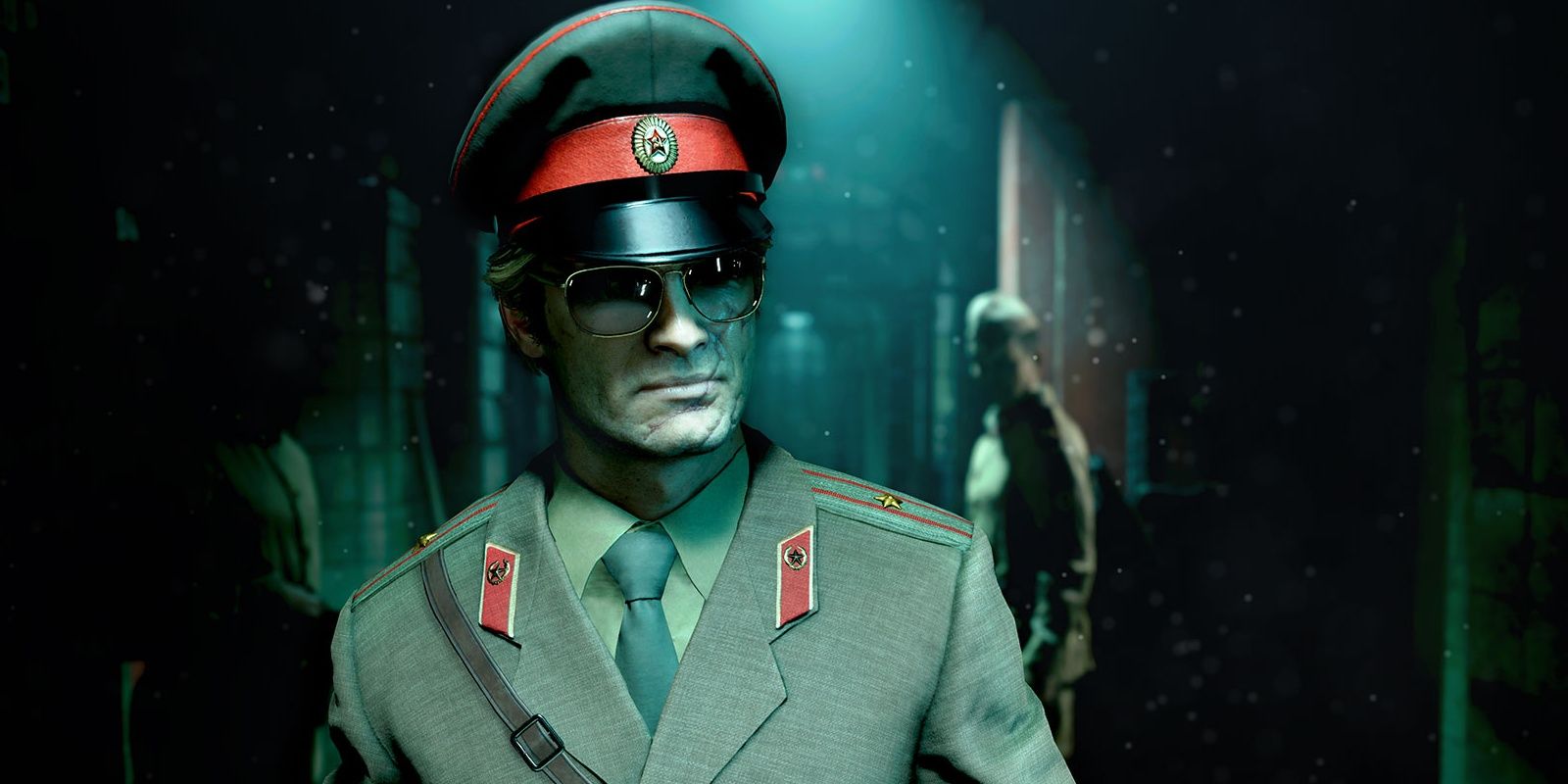 Wall says he tries to stop the Black Ops series from having a specific sound across every game, and instead goes for a “textural score.” That’s why integrating choral Russian was key to the soundtrack of Cold War, and why swing jazz was added to Shadow of Evil in the Zombies mode of Black Ops 3 to fit its New Orleans-inspired setting. “Because of the setting of the map, because it was in the 1930s, it seemed like a fun idea to write swing jazz for what I was seeing on the screen. And I think it worked out really well. One of the things that is a challenge as a game composer, especially if you’re writing for first person shooters, is you have to write action music so often. I’m always looking for ways of making that more fun, just for me as a composer, because writing action music is tedious. It’s a lot of work, a lot of orchestration, a lot of elements to give it the energy it needs. So I look for different ways of doing that. I don’t like to repeat myself too much, because that’s boring as well.”