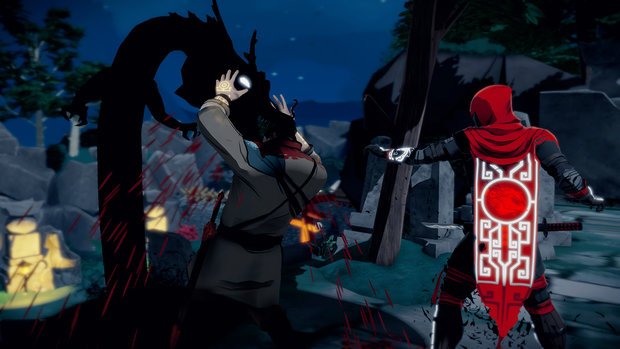 Used in conjunction with the ability to create a shadow on any surface, and you’ll find numerous ways to circumnavigate guard patterns.

Levels vary from sneaking through both interior and exteriors, to shadow-jumping across chasms, and avoiding crumbling platforms.

There are also secrets to find that increase Aragami’s abilities, allowing him to transport bodies to another realm to prevent them being discovered, or throw lethal kunai.

The campaign itself is varied and challenging enough, but the addition of the Nightfall campaign (essentially a more difficult set of new levels) makes for a great amount of content. The game supports co-op multiplayer, too. 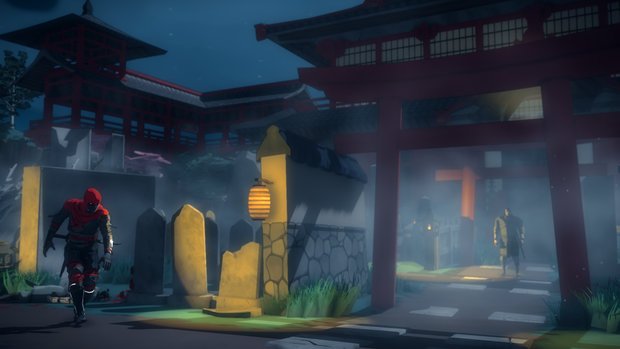 Boss battles are surprisingly tense, with our protagonist unable to take any damage and restricted to shadows, but never feel shoehorned in.

Instead, they build on mechanics crystallised in levels prior, and the culmination of each battle feels like a reward in itself.

Visually, Aragami is striking. Its colour palette is muted, accenting each shadow to be clear enough to jump to, and each splash of blood from a well-timed stealth kill looks positively stylised.

Its visuals help clearly define light sources to be avoided which is key because there are no HUD elements other than subtitles.

The amount of “Shadow Essence” Aragami has available to use is shown by the markings on his cape, and specific mission information and tutorials are shown as projections on the walls and floors of the mission. 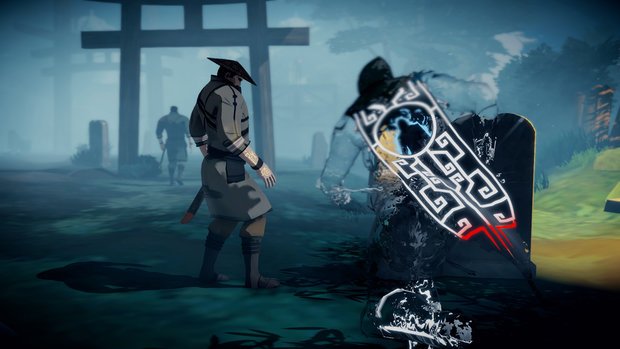 Unfortunately, while Aragami is an undoubtedly a pretty game, it isn’t uncommon for noticeable frame rate drops to appear even when played in docked mode.

This can be difficult to endure when it causes a slip-up on an otherwise perfect run (each mission can be replayed to improve your score), but generous checkpoints certainly help minimise frustrations.

If you yearn for the sneaking days of yore, you can do a lot worse than Aragami: Shadow Edition.

Its levels are expertly crafted, its style is unique, and its mechanics are sharper than steel. See you in the shadows.