Bat-tank discourse… I bet you didn’t have that one cropping up in 2022 on your bingo card. Look, I see people left and right online trashing the Batmobile sections of Arkham Knight. Frankly, I can’t wrap my head around it. It makes no sense to me. It’s baffling. They’re a wonderful addition to the Arkham series, and something that kept it fresh when – let’s be honest – it was becoming a bit formulaic and repetitive.

In the Arkham games, you have the grappling hook and a gliding mechanic that comes part and parcel with the cape. You can parkour, although not as well as Ezio Auditore, and are able to interact with the world of Gotham. Well, the rooftops of Gotham at least. Each game made it slicker. Even Origins did. But doing that same song and dance over and over would just cheapen it. Take Assassin’s Creed – by the time we reached Black Flag, there was only so much more that you could do with climbing. It’d been done to death in that series alone, and it was continuing on from Prince of Persia which had been doing it since the PS2 days.

So, Black Flag overhauled and emphasized the boats of 3. It became a huge part of that game and the main way of going from A to B. That kept things fresh. The tank sections of Knight are in the same ballpark. Suddenly, you could get around Gotham in your sweet, over-the-top, macho billionaire toy. It had skins, custom paint jobs, races, and even combat objectives where you duke it out with the thugs fighting for Scarecrow and co. 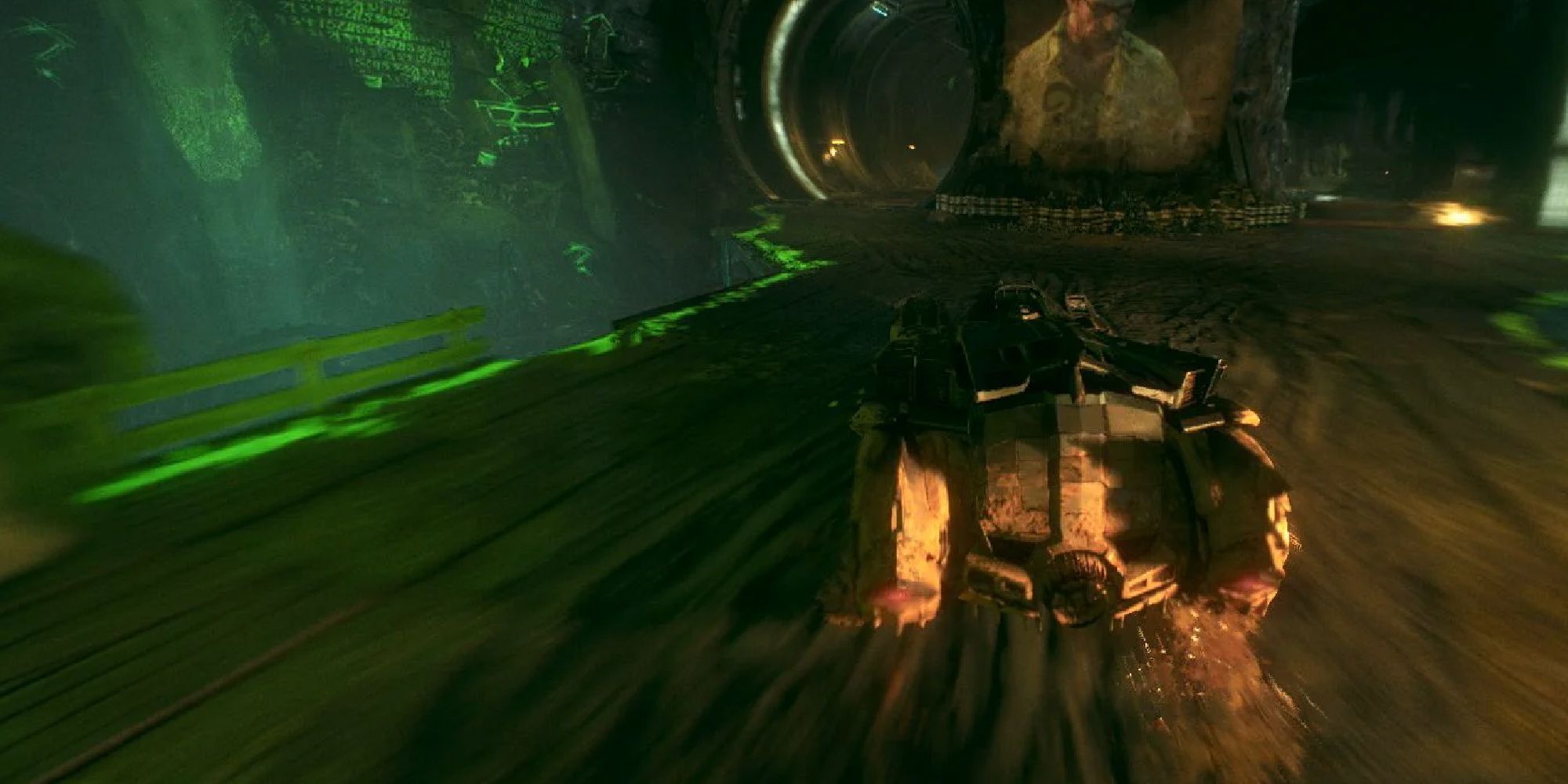 Were they really ‘riddles’, those Riddler tracks? Not especially, but it was something completely new that hadn’t been done in the other games making Knight stand out. It didn’t feel like more of the same. The physics of the destructible environments only added to that oomph that came with driving around in this beast of a car, separating it from even other open-world games of its ilk like Grand Theft Auto, Saints Row, and Just Cause. Yet people call it repetitive.

The tank sections get singled out and it’s boggling. Repetitive isn’t something that’s exclusive to the Batmobile. So much of the Arkham series is recycled gameplay elements in new settings. How many of the same stealth scenarios have we done? How many similar crime scenes have we dug through for clues? How many combo-mashing brawls with thugs have we been thrust into? So much of Arkham is repetitive.

That isn’t bad because it does all of these things to near-perfection. Those stealth scenarios are plain and simple fun. You feel like Batman, picking off hapless goons, scaring them, hearing on the radio chatter as they slowly begin to unravel while the fear sinks in. Meanwhile, the brawls make you feel like Batman in a different way. Now, you’re the kick-ass Dark Knight who knows how to throw a mean right hook and take a few punches. Hell, you can even stomach a good wooden board to the kneecaps and shrug it off. 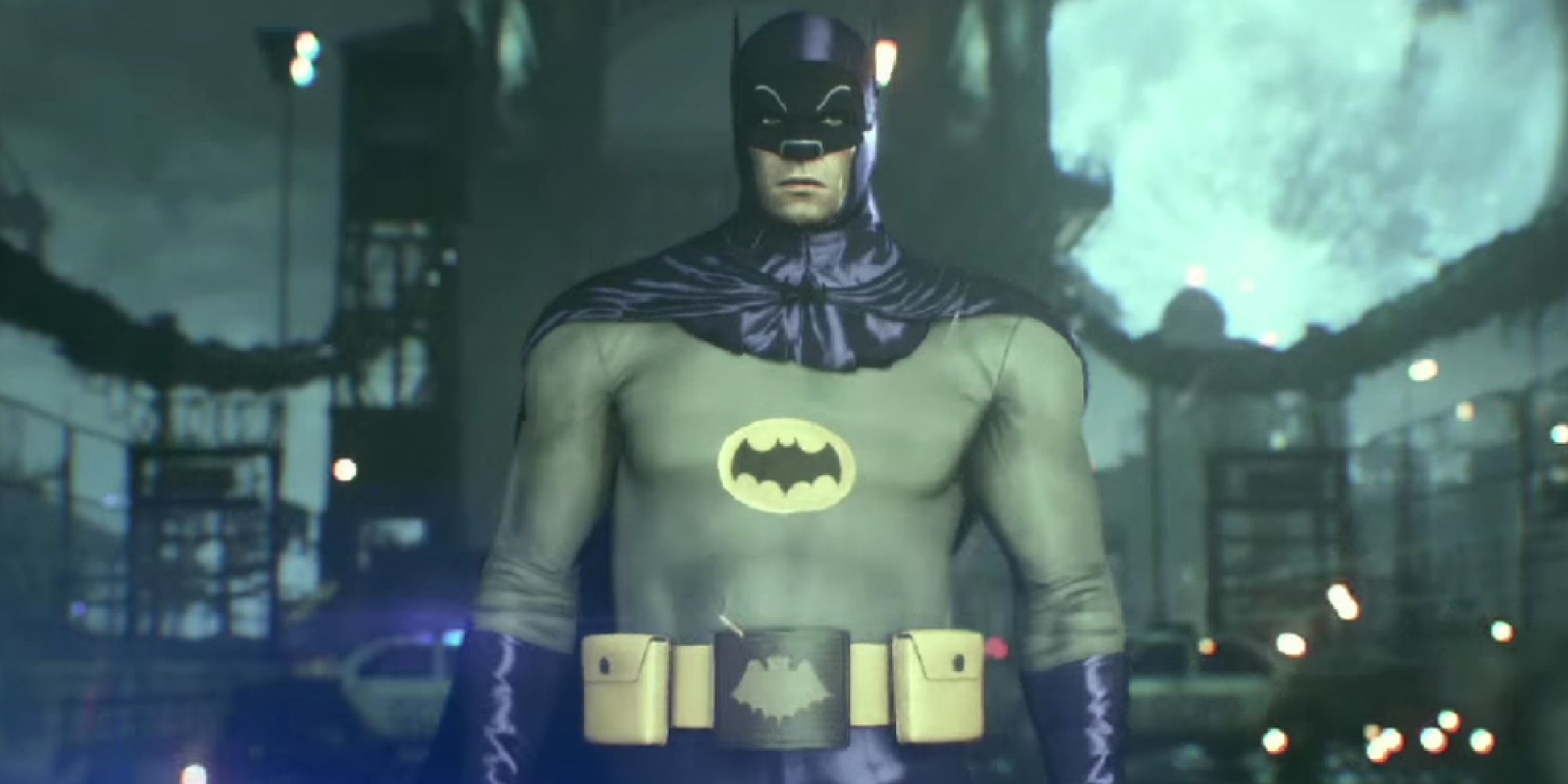 Being a detective is a vital part of Batman’s persona even if the films often fall flat in that area. All of that being repetitive is ultimately okay because we get to feel like Batman which is, frankly, cool. Maybe that’s a bit of a low bar but damn, it feels great to be the caped crusader, showing up these wannabe supervillains in this derelict city where the solution to every problem seems to be a few uppercuts and jabs. The tank portions are a crucial part of letting us feel like Batman.

We get all that aforementioned, over-the-top, comic-book shlock pure entertainment, but then we get the indestructible monster of a car with guns and missiles attached thrown into the mix, one that manages to also zoom around like it’s on an F1 track. It only heightens what made Arkham such a mesmerizing series.

I’m glad that Rocksteady is moving on now, trying its hand at co-op, because Arkham was running out of wiggle room. The tank sections were enough to avoid burnout for Knight, but there's not much else to play around with, and even throwing that into the mix proved unpopular. But it's awesome. Being Batman is awesome. I’ll never apologize for enjoying the tanky gunfights and Riddler races because god damn it, they were awesome.