In 2015, Microsoft introduced the Elite, a high-end version of the Xbox One controller. It was immediately popular, despite costing more than double what a standard controller cost. Four years later, Sony is yet to offer a similar high-end controller option for the PlayStation 4. Instead, third-party hardware companies have filled that void with mixed results.

The Astro C40 TR is the first PS4 controller I’ve used that bests Sony’s DualShock 4. But the new controller comes at an astronomical price.

The C40 TR costs $199.99. You could buy four DualShock 4 controllers with that money. Whether or not the controller is worth the investment is dependent on a number of factors, namely what kind of games you play, where you play, and how often you play. If your answers are “shooters,” “PS4 and PC,” and “constantly” (and if you have the financial means) this might be the controller for you. 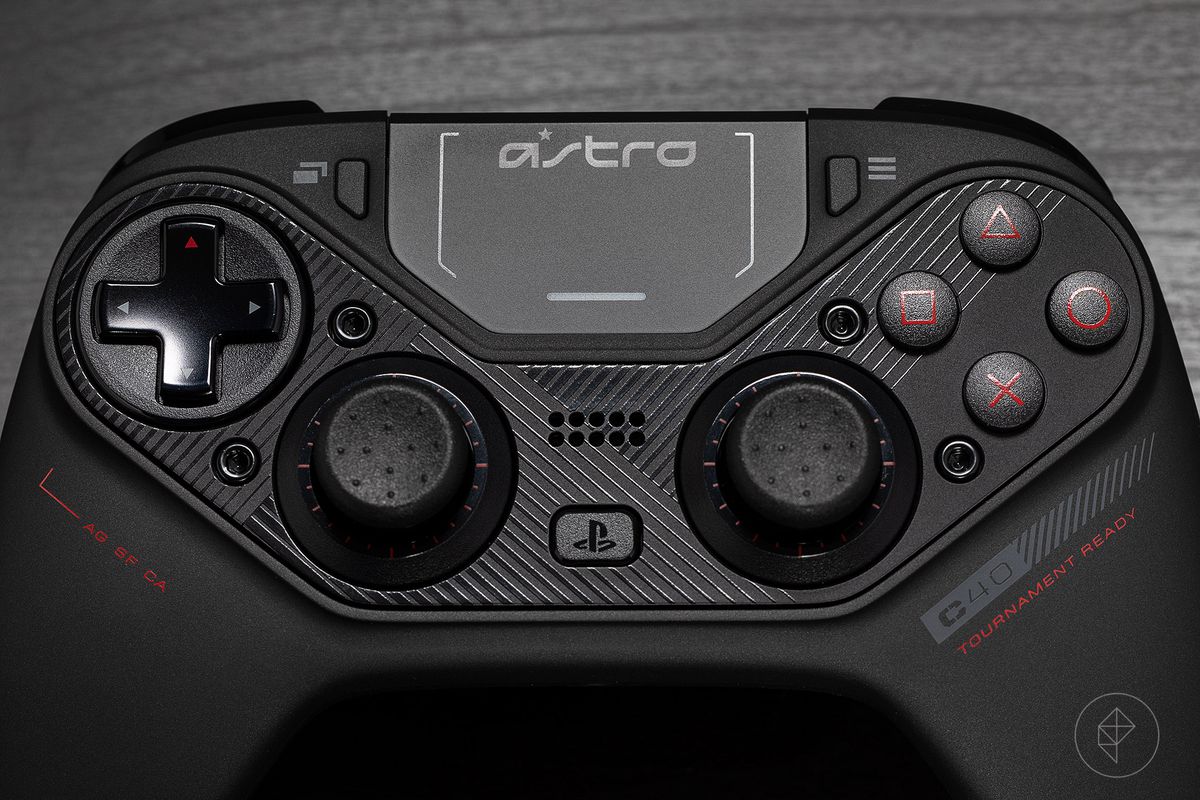 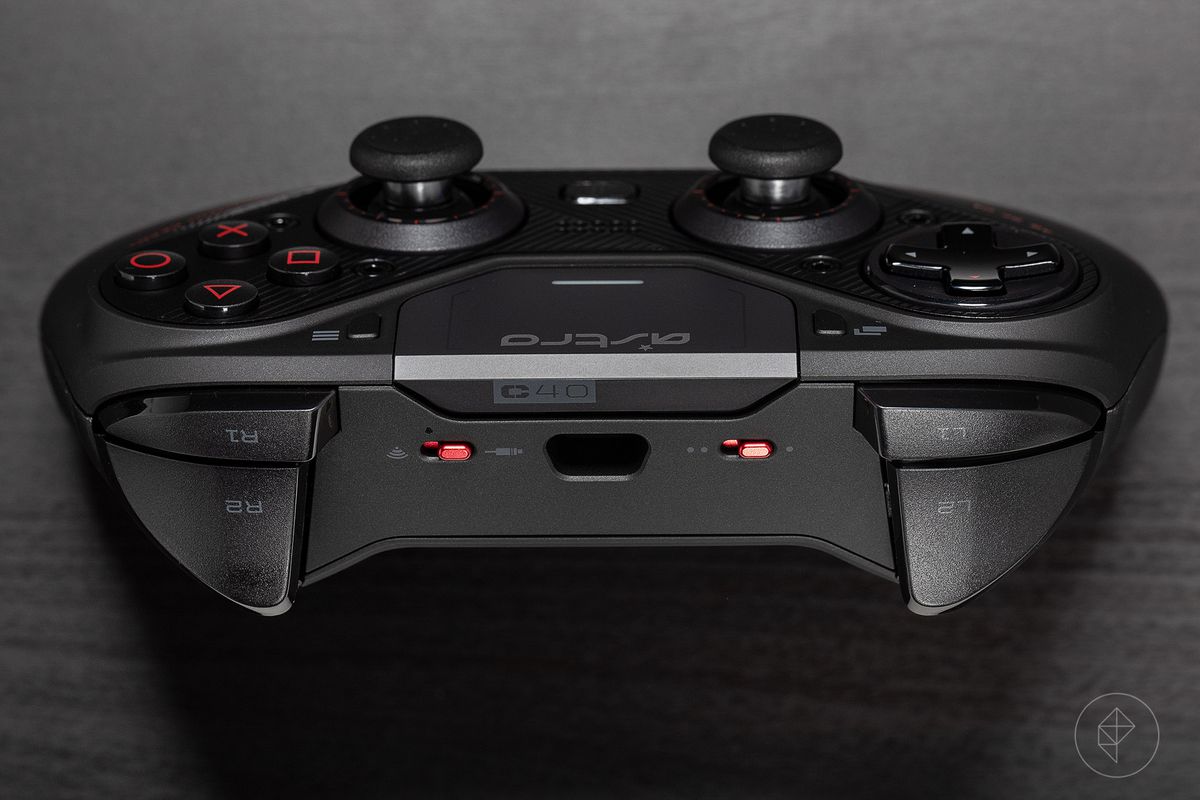 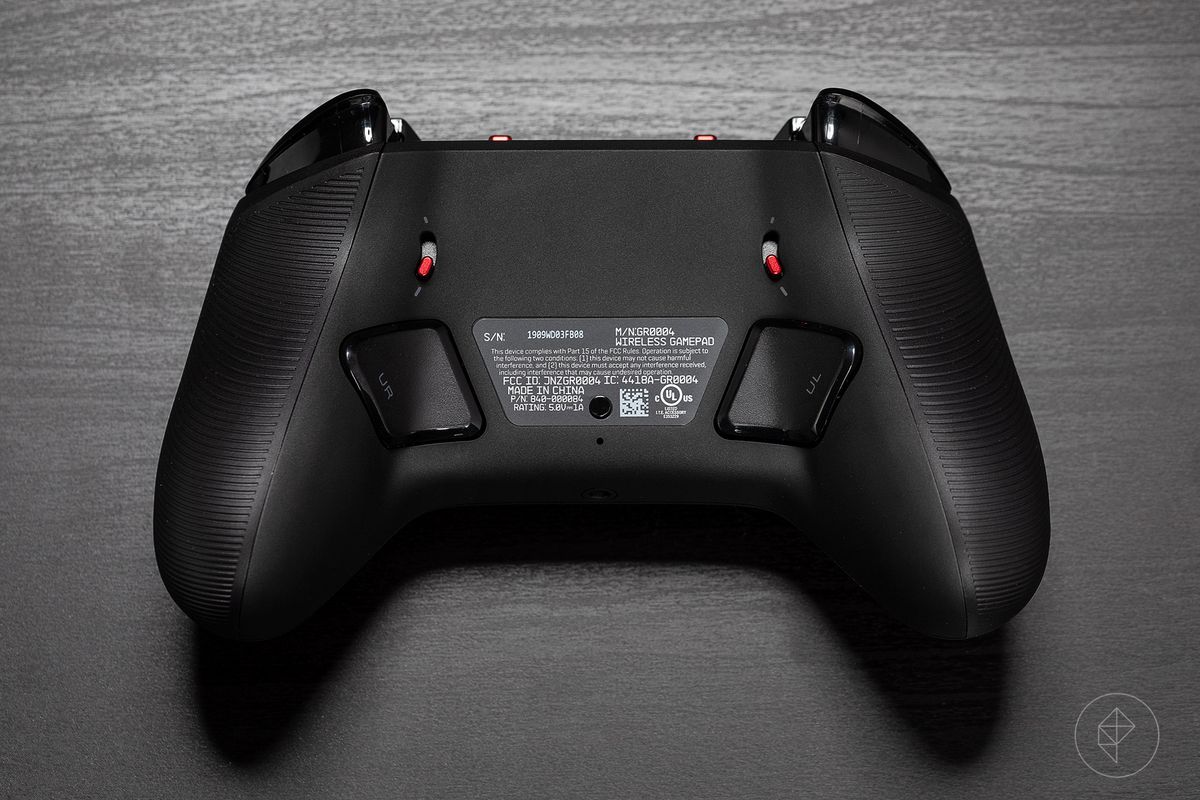 The Astro C40 TR works differently than a traditional controller

Newcomers to the high-end controller market will likely wonder why anyone would spend this much for a controller that’s not encrusted with diamonds. The short answer is competitive advantage. Most competitive controllers feature “back paddles” that allow the player to keep their fingers on the analog sticks and triggers at all times.

An example: Let’s say you have to hit a face button to reload your gun. That split second where your thumb is moving from the right analog stick to a face button is a moment when someone can turn the corner and kill you. Maintaining constant contact with the analog sticks means being able to pull off complicated slides and jump shots, all while maintaining perfect aim. For fast-paced shooters it can make a major difference at the highest levels of play.

The C40 TR has fewer back paddles than some of its competition, at just two, but even for hardcore players that should be plenty. The nice thing about the back paddles on the C40 is that they’re built right into the molding of the controller. They don’t look like detachable hangers-on, as is the case with the Scuff Vantage or the Xbox One Elite controller. Here they fit right in with the design, resting where the tips of your middle fingers fall on the back of the controller.

The controller feels right. There’s a sturdiness to the C40 TR; it looks and feels like it could withstand the wear and tear of a few thousand Overwatch matches. It’s got a heft, without being too heavy. It’s a high-quality build that doesn’t become exhausting to carry through a long gaming session. Given the steep investment, this really needs to be a controller that can survive for several years, and the C40 really feels like it could weather the apocalypse. 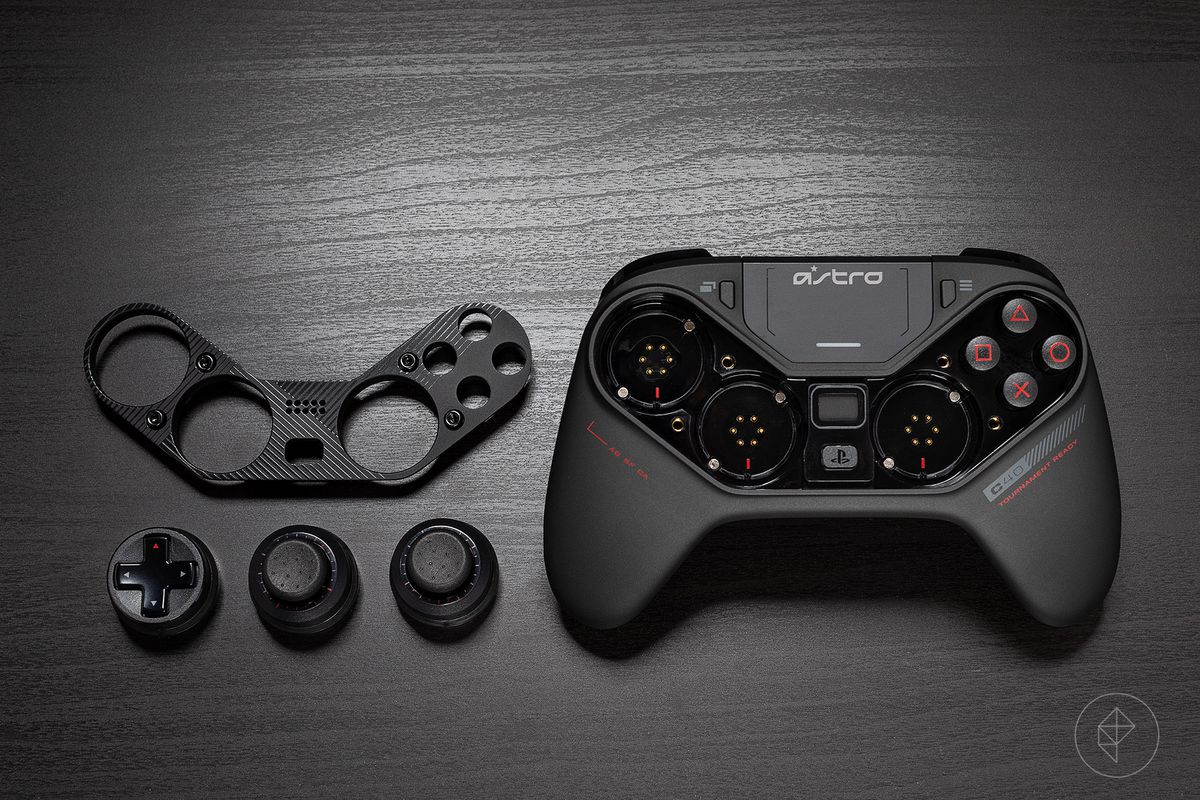 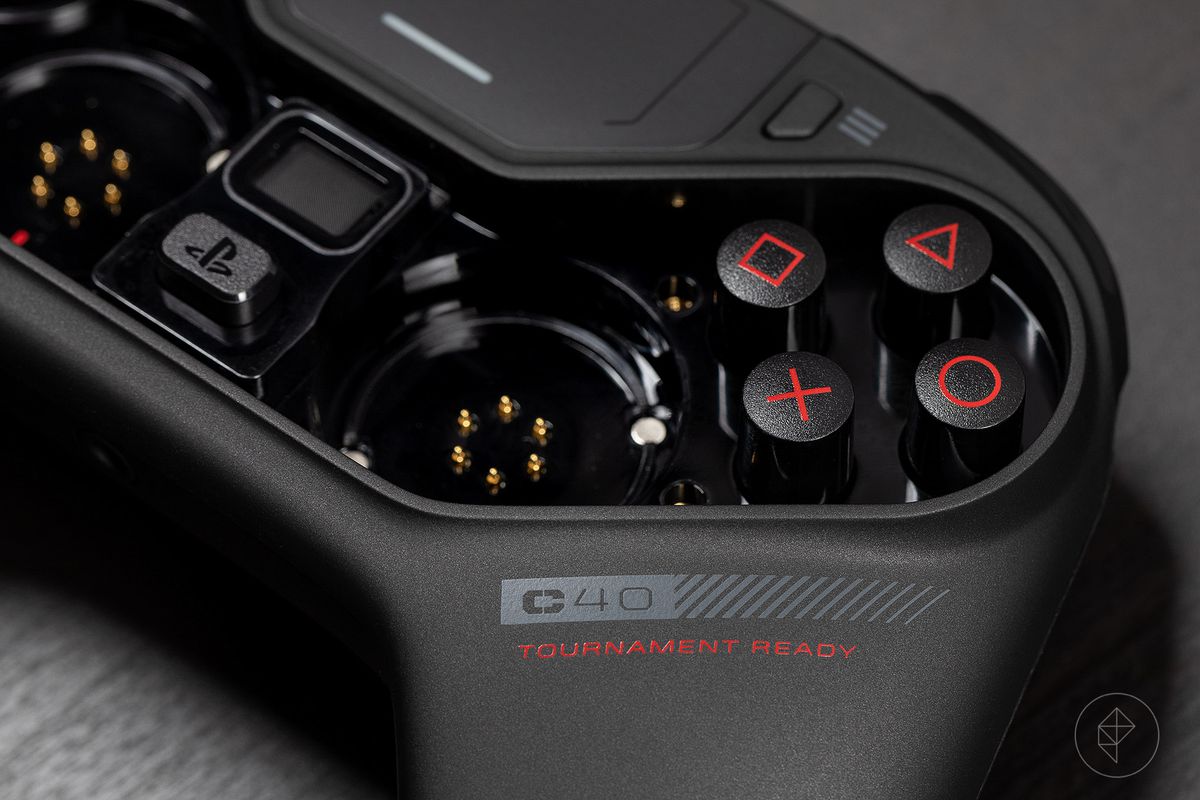 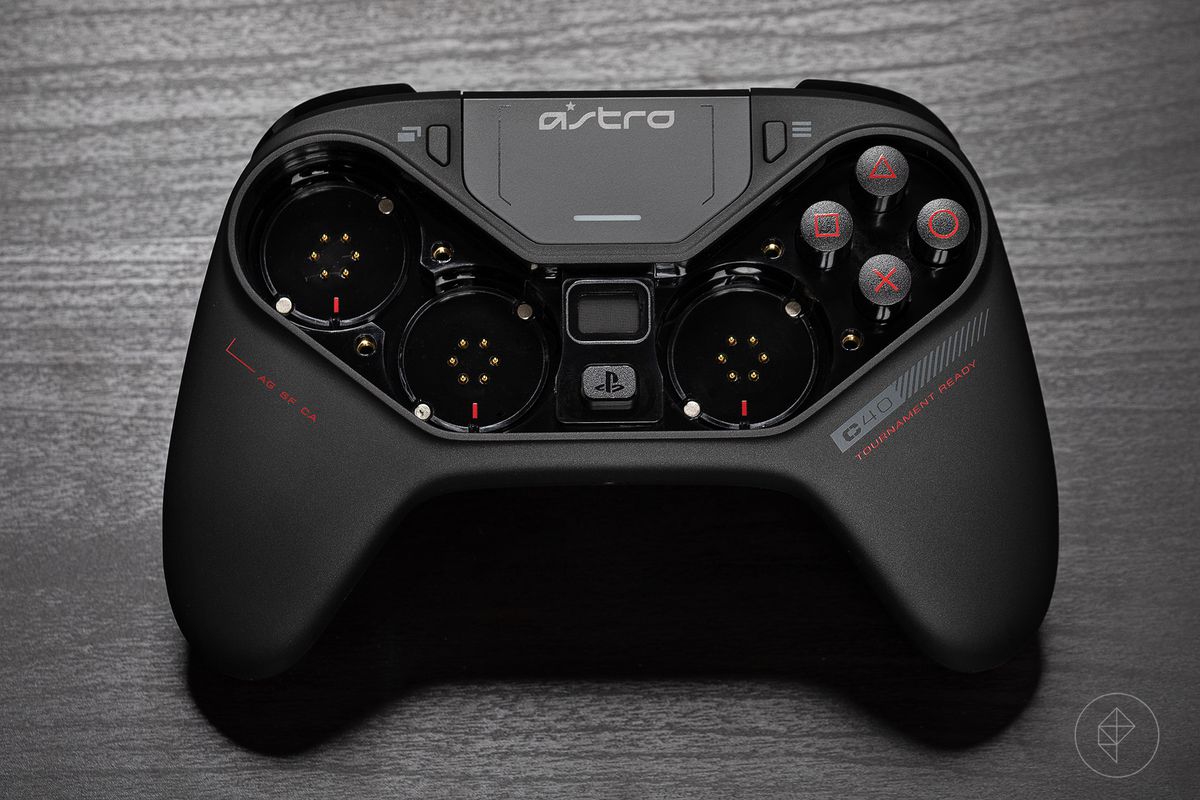 While most competitive controllers settle for a few extra buttons and some programmability, the C40 TR offers silly levels of customization. The splashiest feature is the ability to swap the location of the analog sticks and d-pad. Depending on hand size, you may prefer the off-set analogs of the Xbox One layout or the symmetrical sticks of the DualShock 4. I’ve always preferred the former, and playing PS4 games with my hands in a more comfortable position is a real boon.

The stick-swapping process is interesting, requiring the use of a mini hex screwdriver (included in the box). If you’ve never cracked a controller open before it may seem terrifying, but I found the process a breeze with Astro’s controller. Once the front plate is removed, all of the components are swapped around in just a few seconds, snapping into magnetic slots. With a little practice I’m able to complete the whole process in just over a minute. This means that swapping to a more d-pad oriented game like Shovel Knight is never a time sink.

There is software customization as well. I can reassign any input from one button to another in just a few seconds using Astro’s software on a computer. Settings are all saved locally on the controller itself, meaning the changes will carry over no matter what machine I’m playing on. The only disappointing limitation: Astro doesn’t allow reprogramming of the touchpad button. On the PS4 the touchpad will default to its normal function, but on the PC it is essentially worthless. It’s not a dealbreaker, but given just how customizable the rest of the controller is, this is a letdown.

Another hiccup: The C40 TR has wireless and wired modes, but the wired port on the controller is limiting. The micro USB cable included with the controller fit fine, but a number of other micro USB cables I had lying around the house were not narrow enough. The passage required to reach the USB port is supposed to be there for protection of the hardware, but Astro may have gone a bit overboard.

These issues are obviously minor and easily trumped by the overall design and functionality of the C40 TR controller. It is one of the finest pieces of gaming hardware I’ve ever used, setting a new high-end standard for controllers. Whether that’s worth $200 is between you and your student loan debt. 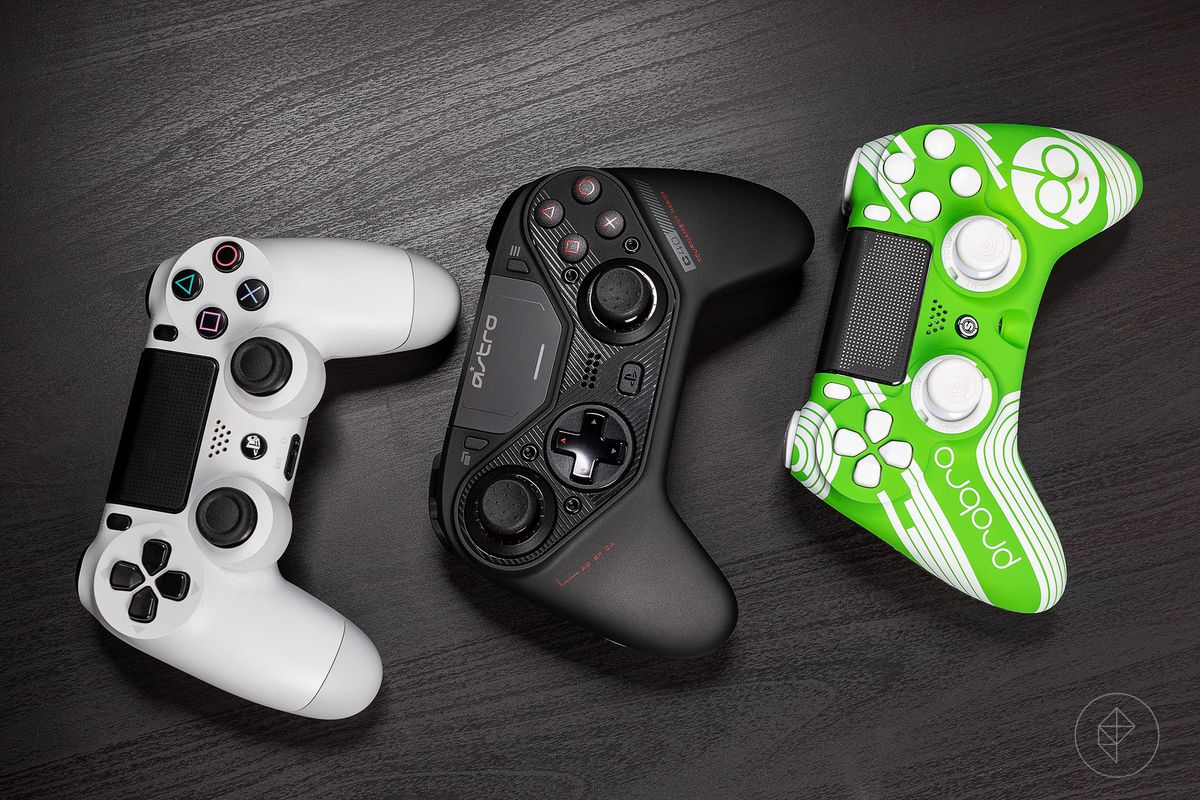 The Astro C40 TR controller was reviewed with a unit provided by Astro. You can find additional information about Polygon’s ethics policy here.