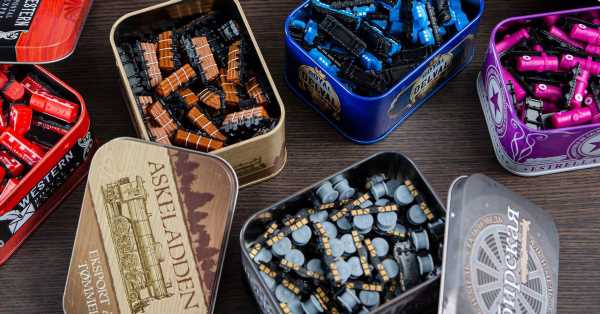 The early summer months are traditionally a slow period for fans of tabletop games, as big publishers gird their loins for the convention circuit. This year, the pandemic’s disruption to tabletop’s annual events calendar has freed things up a bit, and there are a bunch of great games going up for sale this June, July, and August. We’ve rounded up all the information that we could, and dropped the most notable new titles here for you.

My personal picks include Terraforming Mars: Ares Expedition, which promises to streamline the award-winning strategy board game into a more beginner friendly, one-hour experience. There’s also a ton of new and revised content on the way for Vampire: The Masquerade, which was recently handed off to the capable team at Renegade Game Studio.

Remember that you can pick up just about everything listed below at your friendly local game store as well as online.

I was introduced to the Clever series of games by NPR’s Petra Mayer, and I’ve since sort of fallen in love with the roll-and-write genre. Players roll a series of multi-colored dice and use them as a kind of shared resource, tallying them on a scorecard with the intention of earning the most points and doing the most harm to their competitors’ totals. Clever Cubed is getting its first English translation this summer. Copies should be available through the Stonghold Games website soon. Your best bet, however, is probably to drop a dime on your local game store and get it pre-ordered.

The first game in the Clever series of roll-and-write board games.

If you’ve heard of Czech Games Edition (CGE) then you likely know them from their breakout hit series, Codenames. But tabletop aficionados will also know them for their very first game, Galaxy Trucker. It’s a madcap adventure with a frantic real-time ship-building sequence and a turn-based delivery phase. The award-winning formula helped put the publisher on the map back in 2007. CGE is relaunching the game with a brand new edition featuring fresh art and revised rules. You’ll find it available for order on the CGE website soon.

The original version of Galaxy Trucker is shipping now.

Gravwell is one of those high-concept board games that sounds incredibly complex, but is actually quite simple and compelling at the table. Players take on the role of a party of small ships navigating a black hole. With your engines failing, the only way to maneuver is by using tractor and repulsor beams. That means you’ll have use your neighboring ships as leverage to catapult your own crew to safety. This second edition of the game appears to be a straight reprint, but it’s well worth your time.

Haba is a household name in Germany with lots of different product lines, but American consumers likely only know them for the bright yellow boxes of their family board games, including mainstays like Rhino Hero and Animal Upon Animal. Haba has a new game coming to the states this summer called Hammer Time, and no it doesn’t have anything to do with parachute pants. Players will use a toy hammer to knock gems loose, all while being careful not to wake the sleeping dragon. Pre-orders kick off on Aug. 1, which a retail release set for Aug. 20. Keep an eye out on the official Haba Amazon storefront, or let your local hobby store know you’d like a copy when it’s available.

Germany’s biggest board game award, the Spiel des Jahres, unveiled its 2021 nominees in May and among the more traditional titles was an outlier — MicroMacro: Crime City. This cooperative game consists of a poster and a deck of cards. Players work together to scour the Where’s Waldo-style map for clues to solve clever little mysteries all around the city. The awards hype made the game hard to find in the spring, but stock has been flowing in sporadically all summer. Keep an eye on the official website, or ping the nearest game store.

Oath: Chronicles of Empire and Exile

Cole Wehrle is a strategy board game designer with a very specific oeuvre. His past games have dealt with the politics of nation-states, but in beautiful and at times cuddly ways. Root: A Game of Woodland Might and Right, for instance, is basically an asymmetrical wargame starring adorable woodland creatures who use guerrilla tactics to fight against an oppressive monarchy. Oath: Chronicles of Empire and Exile uses some of the same design hooks, but extends the experience out into a longer campaign. Pick this up if you’re looking for an engaging solo experience, or have a gaming group eager for a new obsession.

Oath: Chronicles of Empire and Exile

Plague Inc. The Board Game

Based on the hit video game of the same name, Plague Inc. The Board Game is a “strategic game of infection, evolution and extinction” where players take on the role of viruses with the goal of infecting the world. While this may feel a bit too on the nose given the ongoing global pandemic, it’s actually a very entertaining way of teaching the broad strokes of modern virology.

Plague Inc. The Board Game

Terraforming Mars is a hugely successful strategy board game, but it takes quite a bit of work to get new players up to speed. Terraforming Mars: Ares Expedition aims to streamline the onboarding process considerably, all while speeding up playtime as well. This new version began life as a Kickstarter, and went on sale at Target stores on June 20. Expect to find it available on Target’s website soon as well.

The original Terraforming Mars, a competitive strategy game for 1-4 players.

The Loop caught my eye with its quirky, Saturday morning cartoon-style art treatment, and then drew me in with its mechanics. The cooperative game tasks players with stopping the evil Dr. Faux from destroying the galaxy. Players spend energy to create temporal loops, allowing them to use skills over and over again. While the game ships in August, you can peruse the manual online before you decide to place your pre-order.

The Snallygaster Situation: A Kids on Bikes Board Game

Kids on Bikes is a tabletop role-playing game that rode the wave of Stranger Things fandom to commercial success. Now there’s a spin-off board game set in the same universe called The Snallygaster Situation. The game begins with one player taking on the role of the Lost Kid, whom the other players must rescue from the clutches of the monster of the week. Then it’s a matter of gathering up enough resources in order to win the day. Expect a charming art style and lots of twists and turns.

The Snallygaster Situation – Kids on Bikes Board Game

Evil Hat Productions’ (Blades in the Dark, Agon) most anticipated new tabletop role-playing game is called Thirsty Sword Lesbians, and it sounds like an absolute blast to play. Using a ruleset inspired by Powered by the Apocalypse it will help players tell queer stories with their friends. I’m especially interested to see how its flirting mechanics work. The game is available as a physical book and as a downloadable PDF.

Alongside Pandemic and Catan, Ticket to Ride remains one of the most newbie-friendly board games around. Players take turns drawing cards and then use them to take trips across the map. It’s dead simple to teach, and the base game looks marvelous when it’s all set out on the table. Ticket to Ride Europe: 15th Anniversary Edition is a collector’s dream. It includes metal tins filled with intricate train car playing pieces that can be used with any version of the game. I’ve been told this set is only available in limited quantities, so grab your copy before they’re gone.

Much like Terraforming Mars: Ares Expedition, Trails is a streamlined version of an even larger game called Parks. The family-friendly board game takes just 20 or 30 minutes to play, and includes beautiful art from the Fifty-Nine Parks project. You can read our full preview from early June right here. The boxed game is available in-store at Target and will soon be available on the Target website.

The original Parks strategy game. A portion of the sale of each game helps support the National Park Service.

The latest edition of Vampire: The Masquerade, the classic tabletop role-playing game, got off to a disastrous start by courting several entirely unnecessary controversies. Development has since shifted to Renegade Game Studios, and they’re pushing out a load of new and reprinted material this summer. That includes the core rulebook and the Anarch and Camarilla sourcebooks, which are all currently up for pre-order. If you’ve been interested in doing something other than medieval fantasy with your TTRPG group, now is the time to hop in. The system is even available via Roll20 for remote or enhanced in-person play.

A version of 5th edition Vampire published by Modiphius Entertainment, which held the license prior to Renegade Game Studios.

I’ve yet to try my hand at Wrath & Glory, the current iteration of the Warhammer 40,000 role-playing universe, but I have started painting up some Adeptus Mechanicus miniatures. That sudden interest has been brought on by Audible’s comprehensive selection of books from the Black Library and the upcoming release of Warhammer Plus, Games Workshop’s new streaming video service. Cubicle 7 will soon be adding to its own library with Church of Steel, which promises all the inside information on the artificers of Mars. Look for more information soon on the Cubicle 7 website.