Breath of the Wild is one of the best games ever made, right, but listen – there’s a little red goblin, a lankier version of the same red goblin, some rocks that shoot lasers, and a clan of ninja warriors who are a pain in the arse to fight until about 20 hours into the game. I’ve had my hand going as I typed that – one, two, three, four – and I still have my thumb tucked in, meaning I’ve got no need for the other one yet. That probably tells you a lot about where I’m from, doesn’t it – that I count with all four fingers before using my thumb. That’s how your man gets caught out for not being German in Inglorious Bastards. Drei – bang!

I know that there are technically a couple of other enemies in Breath of the Wild – balls of slime, and maybe one or two other forgettable ones I have little to no recollection of – but the four above are the ones that endure. If you ask me to name enemies in The Witcher 3, I’ll say ghoul, alghoul, drowner, water hag, fiend, chort, wyvern, nekker, siren, noonwraith, moonwraith, wraith, botchling, ekimmara, bruxa, higher vampire, alp, katakan, werewolf – that’s literally just off the top of my head and took less than ten seconds to type. All of the above monsters require different tactics to defeat, from using Yrden to cause a wraith to materialize to combining Relict Oil and Devil’s Puffball bombs to take down beefy chorts. Moblins? Mate, I’m just going to press X five times until my club breaks and then pick up another one. I know people have managed to accomplish some outlandish feats that go completely against the will of physics and nature in Breath of the Wild – but for the most part, especially during the main part of the game – it’s just mashing a button until bullshit weapon durability says, “Sorry bud, sword’s haunted – and broken. Haha.” Sorry, I know the Breath of the Wild weapon durability discourse needs to break.

Related: Breath Of The Wild 2’s Tone Is A Little More Majora’s Mask And Twilight Princess – I Dig It

I mean it when I say that I’m not trying to dunk on Breath of the Wild for no reason here. I didn’t like it as much as a lot of other people seemed to, but I can appreciate that it is unequivocally one of the best games ever made. I mean, I think Majora’s Mask is better – had more enemy types too, innit – but Breath of the Wild is brilliant in its own right and its influence on the industry ever since it launched is irrefutable. 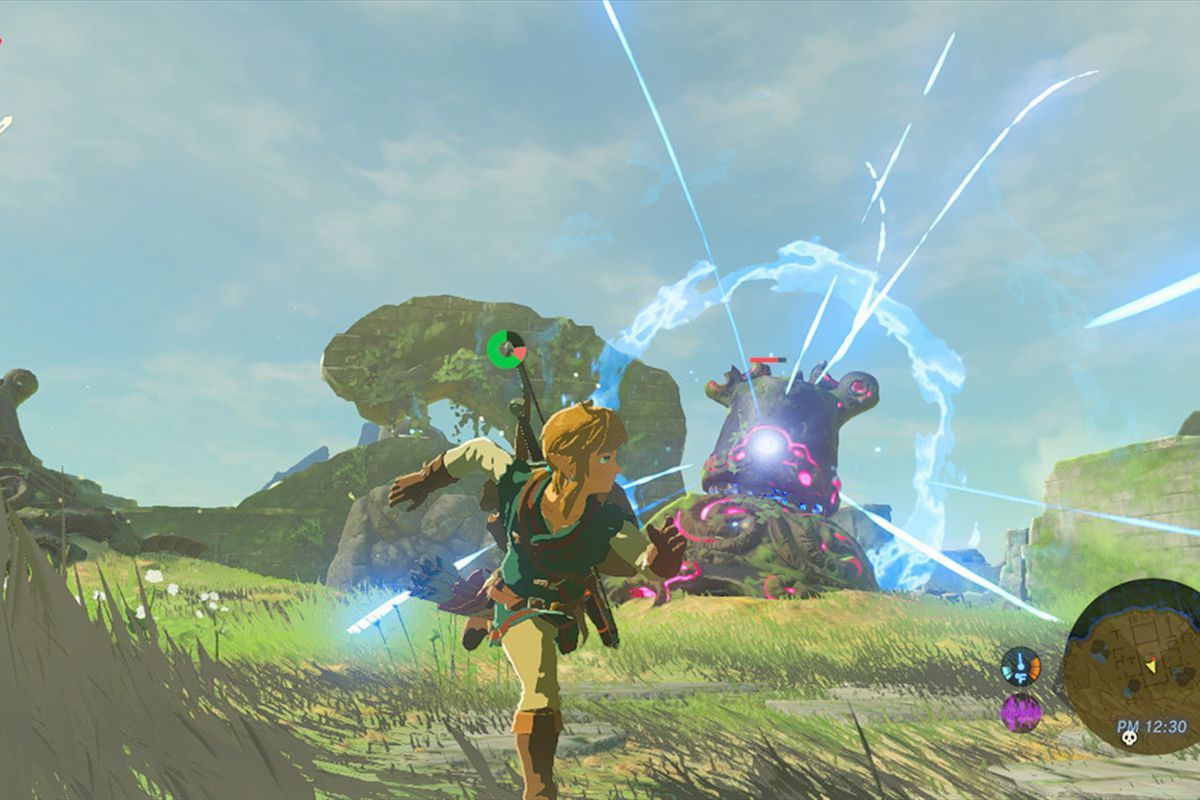 The thing is, it’s not as if the Zelda series is sorely lacking in enemy designs. If you look back to the GBA games in particular – yes, I am once again asking you to play Minish Cap – you’ll see more monster mugs than you’ll know what to do with. The Moblins don’t look as good as the Breath of the Wild ones, mind, but at least they’re one of dozens of different mainstay enemies instead of being, like, one of four. Just look at Twilight Princess’ Shadow Insects, or anything out of Ocarina of Time. Look at the MOON in Majora’s Mask – that nefarious little grin with too many terrifying teeth has haunted my nightmares since I was about four years old. No moons with scary faces in Breath of the Wild, though. Give a rock a laser eye and call it a day. Rubbish.

I know for a fact that Nintendo is going to smash it out of the park with Breath of the Wild 2. I already wrote about how it looks to be expanding its open world perfectly, and I didn’t reverse the trailer and write a 2,000 word lore breakdown about why Link, Ganon, and Zelda are going to be playable because I vehemently dislike the game. What’s more, I’m all for the fact that Link’s new glowy arm looks to be ripped straight from Irish mythology – that’s where I’m from, by the way, in case the fingers joke at the start of this article didn’t land. No, you’re not very funny.

Look, I just want to punch things that aren’t all little red goblins. That’s literally all I’m asking for here, because the trailer was full of those same little red goblins and, to be honest, I’m a bit sick of them. Even Age of Calamity had more enemy types than Breath of the Wild and most of you still won’t even admit how brilliant that was. Smh. “Performance.” I know it stuttered a bit, but so do most games on Switch. Come on.

Anyway, hopefully Breath of the Wild 2 has at least five different types of enemies. At least make the little red goblins – I know they’re called Boboklins, shhh – blue, or something.