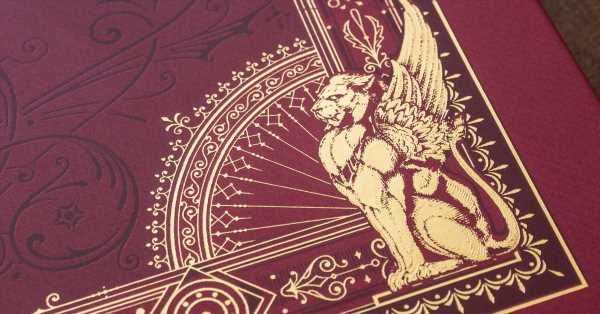 For the last few years, Dungeons & Dragons books have bordered on formulaic. There’s a bunch of narrative or rules-heavy content up front, then a few appendices full of monsters, spells, and magic items in the back. It’s been a winning formula, to be sure, boosting the original role-playing game to newfound heights. But it’s also gotten a little stale.

Candlekeep Mysteries is completely different. Inside you’ll find 17 new adventures from 20 different authors, each of which could serve as the jumping off point for a home-brewed campaign or an interlude between published adventures. But, perhaps more than any other book in D&D’s 5th edition, Candlekeep Mysteries makes room for dreaming. It’s a set of one-shots — adventures that can be run in a single sitting — but it’s also a set of tools and tricks that can be placed in virtually any setting you can imagine. That makes it a resource that every Dungeon Master (DM) should have on their bookshelf.

The conceit behind Candlekeep Mysteries is that it’s a book filled with other books, each one taken from the shelves of a fictional library in the Forgotten Realms, the main setting for this edition of D&D. It starts out with a hefty preamble describing the layout and customs of the titular Candlekeep. There’s also a gorgeous poster-sized map of its confines in the back of the book. But exactly where these books are hidden in the world isn’t really important. Publisher Wizards of the Coast takes care to encourage DMs to place the library and/or its collection anywhere they like — including in the world of Exandria, home to the popular new setting created by Matt Mercer for Critical Role, but also Eberron and Greyhawk.

Each of the chapters in Candlekeep Mysteries is named after the title of an in-fiction book, and each one includes all of the new content you’ll need to run a single two-to-four hour game with your friends. Of course, you’ll need the three other foundational D&D books in order to run these adventures — the Player’s Handbook, the Monster Manual, and the Dungeon Master’s Guide.

The titles of the books in Candlekeep Mysteries alone are enough to get your imagination churning, including gems like Mazfroth’s Mighty Digressions, Lore of Lurue, The Book of Inner Alchemy, and The Joy of Extradimensional Spaces. But these aren’t just books to be pulled down off the shelf and devoured with the roll of a single die. Many are complex magical artifacts that player characters will interact with over the course of the adventure. Some are even mechanical or physical in nature, and figuring out how to read them in the first place is often a puzzle in and of itself.

While these books have a story inside, each one is treated as an object with a history of its own. That makes each book another character in the adventure. Each one gets a written description and an illustration, excellent news for anyone invested in making props for their campaigns. There are a few, I feel, that could even have a good life as hand-made products on Etsy — especially one that involves several cylinders that must be rolled atop wet clay in order to move the narrative along.

The adventures themselves are tremendous, and feature some of the best writing of this generation of D&D. The complications they present are a delight, including a sketchy bookstall with an even sketchier collection of employees; an abandoned mining village with a sinister secret; a haunted house trapped in an alternate dimension; and an earworm so toxic that it forces players into quarantine. The latter adventure, involving the earworm, is actually quite clever. The book at the center of the encounter is actually an elaborate clockwork contraption, the complexities of which are mirrored by the adventure’s elaborate social interactions. There’s almost no combat whatsoever. Instead, it forces the DM to take on the role of multiple NPCs. It’s up to the player characters to tease things out, mostly through dialogue.

One chapter, titled “Kandlekeep Dekonstruktion” by Amy Vorpahl, made me laugh out loud while reading it. It’s utterly ridiculous, going so far as to introduce technologies that, even given the powerful magics in play within the Forgotten Realms, would be game-breaking if they got loose. Of course, in D&D the DM is always in control. From that perspective, an adventure that causes all hell to break loose is a feature, not a bug.

In addition to the writing, the art direction in Candlekeep Mysteries is unusually strong. Chapters include work by different artists, giving each one a wholly different look and feel from the next. By contrast, the maps presented throughout the book are simple, almost unadorned. That’s clearly by design, as it makes them easy to lift out and re-theme for an entirely different setting. That also makes this book an excellent resource for DMs who have gone digital during the pandemic.

For bookworms of a different sort — that is, folks who love to buy RPG books and read them as others might a novel — there’s another layer of fun to be had. Scattered throughout this set of adventures are a series of subtle nods to previous 5th edition campaigns, including Storm King’s Thunder and Curse of Strahd. Even while breaking new narrative ground, Candlekeep Mysteries can’t help but wink and nod at the rest of the 5th edition canon.

While structurally an outlier, Candlekeep Mysteries nonetheless fits right in with the rest of the 5th edition material. I’m excited to see where players go from here.

Candlekeep Mysteries arrives on March 16. A special alternate art cover designed by Simen Meyer is only available at your friendly local game store, while the standard edition of the book is available all over — including on Amazon. Digital versions of the material are available for the D&D Beyond toolset, for Fantasy Grounds, and on the Roll20 platform.

Candlekeep Mysteries was reviewed with a pre-release copy of the books provided by Wizards of the Coast. Vox Media has affiliate partnerships. These do not influence editorial content, though Vox Media may earn commissions for products purchased via affiliate links. You can find additional information about Polygon’s ethics policy here.

This anthology of 17 different one-shot adventures only requires Dungeon Masters to place a library somewhere in their world. Well, that and 3-5 hardy adventurers to find it.