Collecting gems has always been my favourite part of the Crash Bandicoot trilogy. While I love the nonsensical talisman-feel of the crystals, just completing the level is a bit of a basic goal. Meanwhile, because one slip can ruin an entire time trial, relics are rewarding but deeply frustrating. Gems though, given out for collecting every box in a single level, strike a good balance between pushing you to explore the game fully and demanding perfection without punishing mistakes too harshly. There’s also the coloured gems – five or six extra special gems to be hunted out during the game. Normally I love these, but the blue gem from Crash Bandicoot 4: It’s About Time haunts my nightmares.

Crash 4’s attitude to gems as a whole is quite different. Rather than one per level, there’s now six. Three for collecting Wumpa fruits (40 percent, 60 percent, and 80 percent), one for dying less than three times, and one for finding the hidden gem, plus the traditional one for breaking every box. Since each level can be reversed or tweaked in mirror mode, that’s actually 12 per level. This extra replayability seems like a positive on paper, but because the game has too many damn boxes, it doesn’t always shake out this way.

In the original trilogy, going through the level and being vigilant with boxes was usually enough. The bonus stages could be tricky to figure out, but they were very easy to find; just difficult to complete. It felt rewarding. Once you made it to the end of the level, either this vigilance was enough for the gem, or you were two or three short, and your resolution strengthened for the next go around. In Crash 4, there are frankly a stupid amount of boxes – over 500 in a single level at times. It’s very rare that you miss out by just a handful, and instead fall short by 20 or 30, even when you’ve been keeping an eye out, and then you can’t be bothered going back. 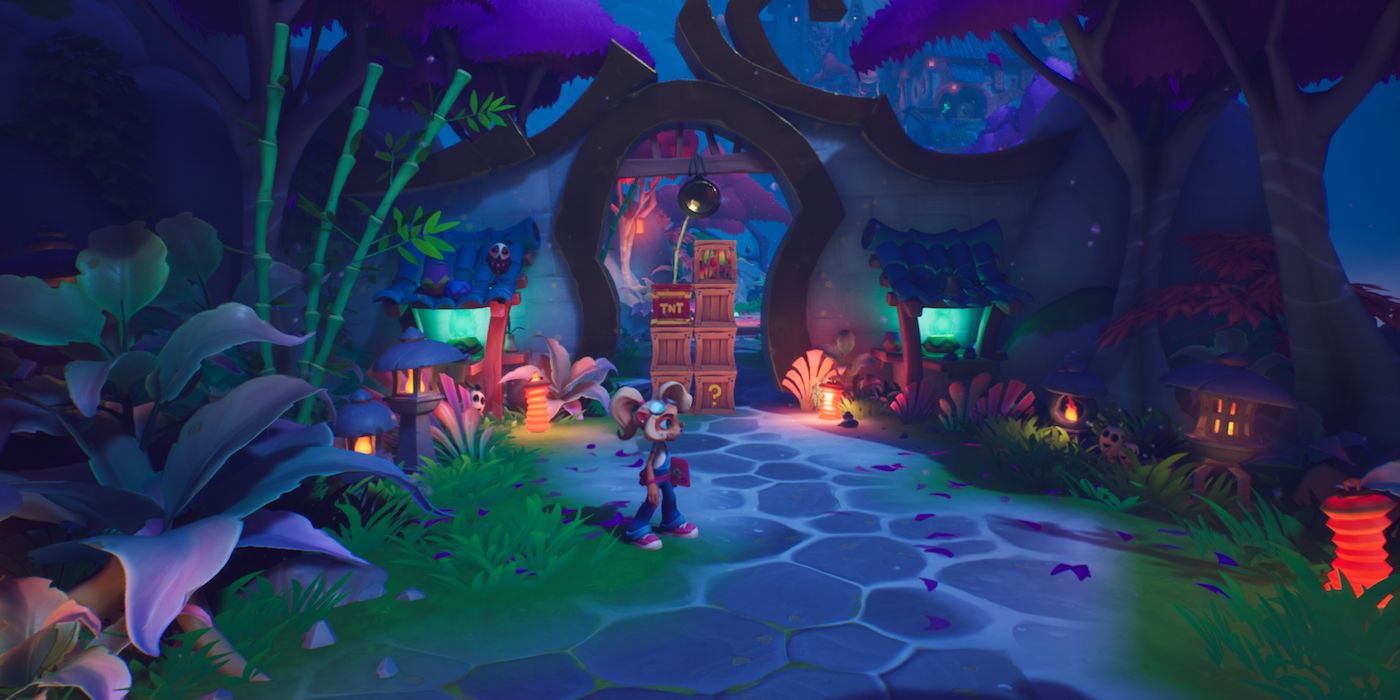 The blue gem strikes a similar theme. It understands that the coloured gems are supposed to be challenging, and it riffs off the old death route idea, but it completely misses why these challenges were so popular for so many of us. It’s like the game has spent too long on Reddit listening to people with over a thousand hours in classic Crash complaining that it’s too easy, and has decided to cater every single challenge towards them.

To get Crash 4’s blue gem, you need to complete Draggin’ On without dying. Sounds simple enough so far, and in step with the trilogy’s death route gems, which asked you to do the same thing, although usually only until around two thirds of the way through the level. To make it extra difficult though, you can’t break a single box on the way either. As you’ll recall from a few paragraphs ago, there are a lot of boxes in the game, but still, that sounds like a manageable challenge, right? Only there are several sections in this level that you can’t pass without the spin glide. These sections are full of boxes, and so if you so much as breathe near them, you smash one and need to start all over again. There are also a few gateways which are completely full of boxes, requiring either an incredibly precise jump over them, or to use the spin glide again. But of course if you start the spin glide too close to the gate, the boxes shatter and you go right back to the start.

There’s also enemies to deal with, and attacking them sometimes sees them bounce into a crate, meaning the whole thing needs to start over yet again. Doing it without dying is tricky, and doing it without breaking a box is incredibly tough, but the worst part is that one mistake in either of these categories grants a hard reset. It goes beyond the risk-reward balance of a gem and turns it into a relic-style challenge. Okay, you can take your time before a difficult section to clear your head, but it’s still one of those tasks where one wrong move dooms your entire endeavour. 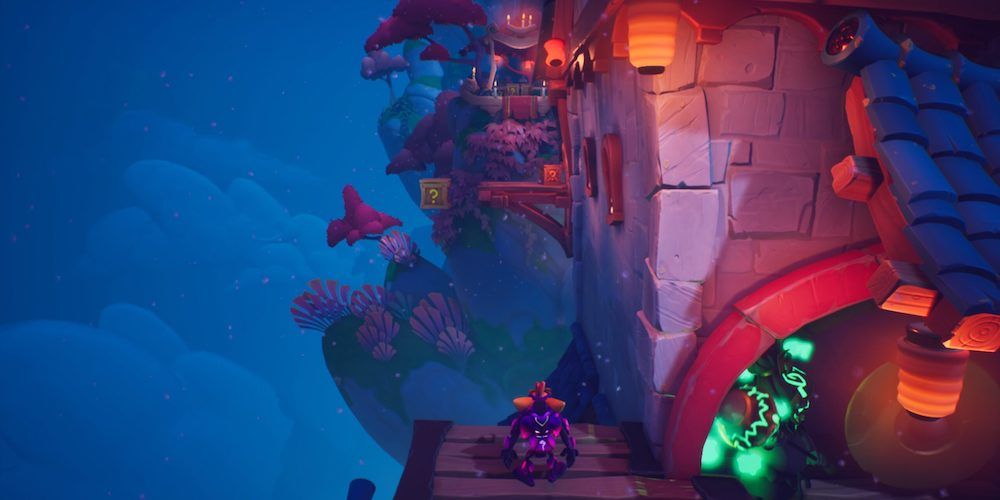 That said, it is fulfilling to get… the first time. Getting the blue gem in Crash 4 was one of my favourite accomplishments in gaming last year on PS4, but then I upgraded to the PS5 version recently, didn’t bother with the save transfer, and had to do it again. This time, I learned the bonus stage could act as a de-facto checkpoint, but repeating the trick was even more frustrating and far less rewarding to finally accomplish. I also picked up the Switch version, and because I crave pain, I tried it a third time, and this time I hated it even more. Never again – I swear I mean it this time.

Blue gem in Crash 4, I hate you. Why can’t you be more like your cousin, the yellow gem?

Next: Which Pokemon Would Win In A Fight? 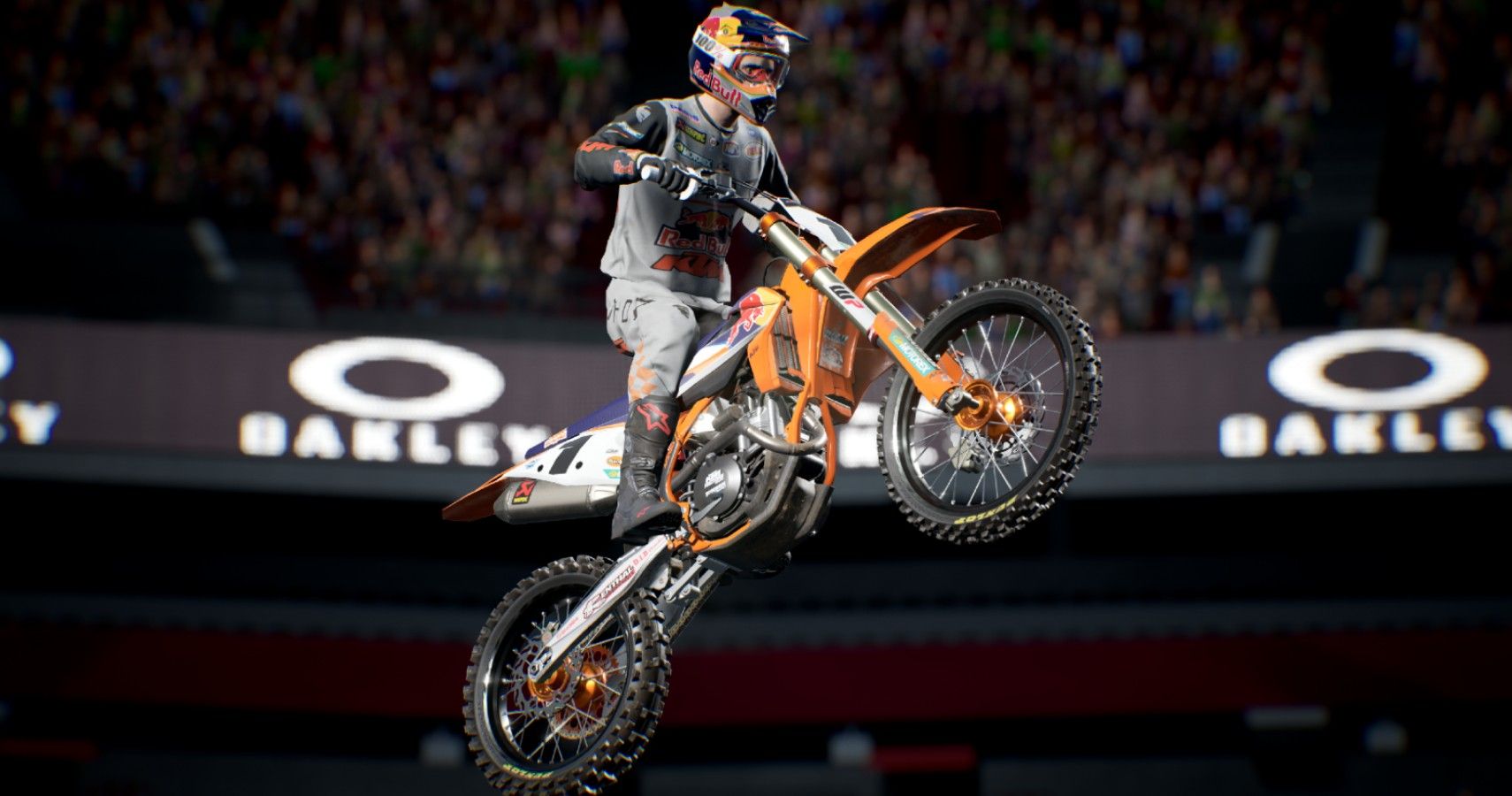