Welcome back to Pokemon Movies in Review, a weekly recap of the entire Pokemon cinematic universe. This week we’re revisiting Pokemon the Movie: Diancie and the Cocoon of Destruction, the first film in the X & Y generation and perhaps the most off-putting Pokemon movie of all time. Princess Diance and her Carbink subjects exhibit a level of personhood never before ascribed to Pokemon, which begs a lot of very uncomfortable questions about the relationship between people and pocket monsters. As has become a weird tradition over the last four movies, Cocoon of Destruction also dabbles in some complex themes it isn’t fully prepared to explore, namely the cycle of life and death. It’s yet another in a series of toothless Pokemon films that begin with plenty of potential but end up being about nothing, and saying even less.

Cocoon of Destruction begins in the Diamond Domain, an underground civilization inhabited exclusively by Carbink and their monarch, Princess Diancie. The Diamond Domain is powered by a living construct called the Heart Diamond, but as the princess’s loyal subject – a Carbink named Dace – explains, the Heart Diamond will die soon and only Diancie has the power to create a new one. Unfortunately, Diancie’s diamond-creating power isn’t quite matured yet and all of her constructs disintegrate after a short time. Dace sends Diance to find the Legendary Pokemon Xerneas whose Fairy Aura can give Diancie the power she needs. Dace also explains that years ago he was killed by a mysterious forest disaster, but Xerneas brought him back to life.

Related: What's The Deal With Ash's Dad In The New Pokemon Movie?

Right away, we’re in some wildly uncharted territory. Not only do these Pokemon have individual names, personalities, and human voices – which is unusual – but they have an entire monarchical society, history, and power infrastructure. We’ve seen plenty of Pokemon with varying degrees of personhood in the films before, and some that even live alongside humans as equals like Lucario, but we’ve never seen a Pokemon society like this. Imagine Ash wandering into the Diamond Domain and capturing a Carbink, it would be tantamount to kidnapping. Now think about old man Dace with his posh British accent being forced to fight a Charizard. The ethics of Pokemon battles has always been in the back of my mind, but this takes it to the next level. I will never catch another Carbink again for the rest of my life. 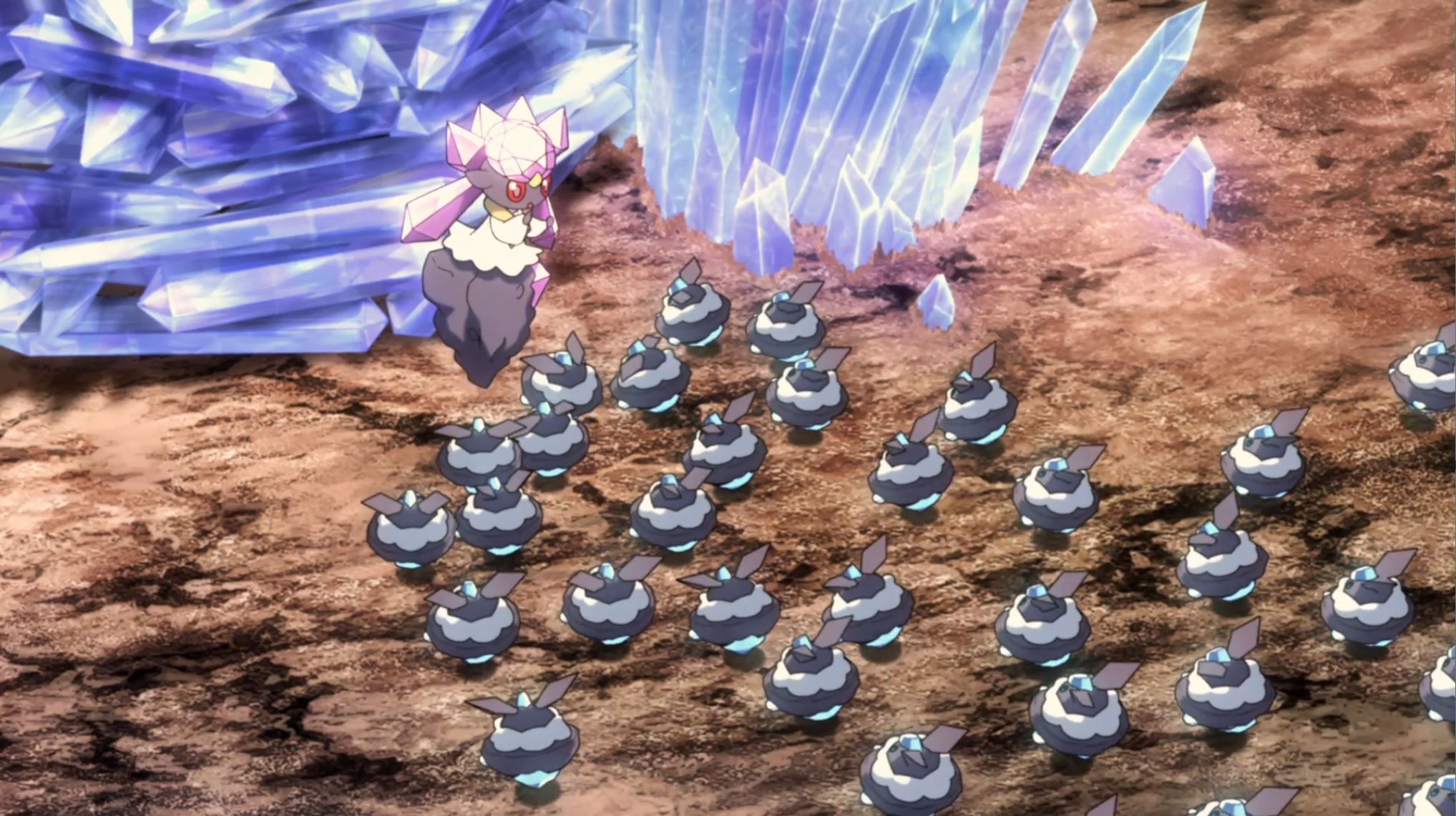 Diancie’s quest to find Xerneas eventually leads her to cross paths with Ash and his friends, Clemont, Bonnie, and Serena, and from there the movie becomes a not-so-subtle homage to Audrey Hepburn’s Roman Holiday. As she experiences the world outside the Diamond Domain for the first time, the princess discovers the joys of friendship, adventure, and self-expression. The trainers take her to a fancy restaurant where she eats at the table with the humans while Pikachu and Dedenne eat out of a bowl on the floor. They visit a mall in Orsay City where Diancie tries on different outfits with Bonnie and Serena. Eventually, Diancie brings her new friends back to her home in the Diamond Domain where she learns that the Heart Diamond has indeed died.

The heroes rush to find Xerneas in Allearth Forest who powers up Diancie with its Fairy Aura, but they’re immediately intercepted by a group of thieves that intend to use Diancies power to produce unlimited Diamonds for themselves. The ensuing battle awakens the Destruction Pokemon Yveltal from its cocoon, causing it to go on a rampage and spread its Dark Aura across the forest, turning people and Pokemon alike into stone. 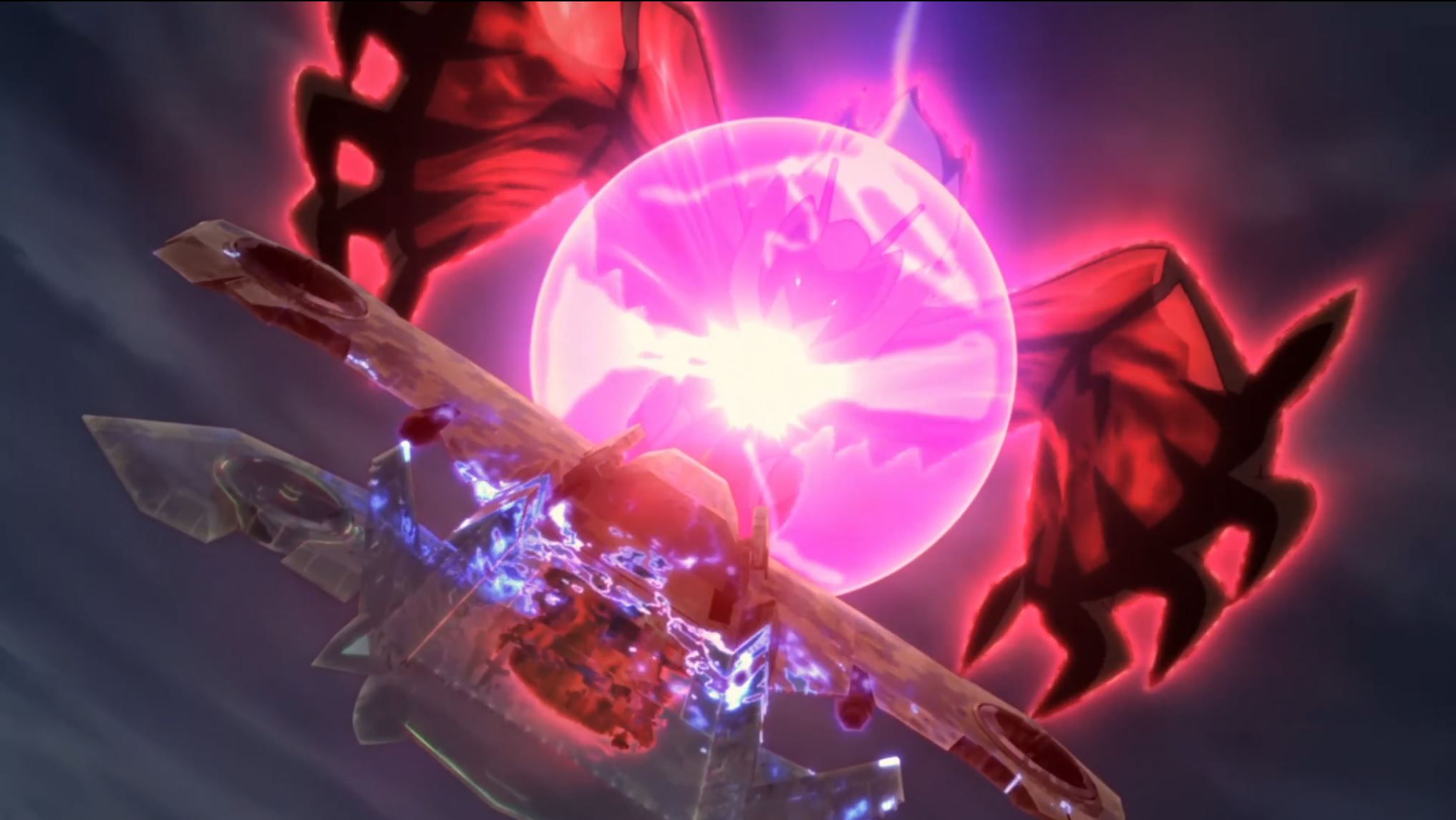 It’s here that the Cocoon of Destruction loses sight of its themes completely. In the X & Y games, Yveltal is not an evil Pokemon, but rather the embodiment of death and destruction. Xerneas is its counterpart, the Pokemon of life and rebirth, and together they represent the immutable cycle of life and death. Yveltal is a force of nature, not a villain, but Cocoon of Destruction casts the Pokemon as an enemy to better serve a simple story about destiny and realizing your potential. We’ve seen this play out in many Pokemon movies before, including Kyurem vs. the Sword of Justice just two films ago. The life cycle of the Heart Diamond could have worked as a parallel to the metaphysical concept that Xerneas and Yveltal represent, but instead, Yveltal is just a meaningless force for destruction that Diancie has to overcome in order to discover her own true power.

And she does: to protect her new friends, Diancie Mega Evolves and creates a Heart Diamond that she uses as a shield to stop Yveltal’s Dark Aura from turning everyone to stone. Pikachu is momentarily made a casualty, but Xerneas shows up just in time to soothe Yveltal’s rage and bring everyone back to life. We never learn why Yveltal unleashed his fury, but once Xerneas talks to it everything is ok. The thieves even retire from their life of crime and open a cupcake shop. Everything is resolved, but nothing is said. Even Sword of Justice had a message about believing in yourself. Cocoon of Destruction, like the worst movies Victini and Reshiram/Zekrom and Genesect and the Legend Awakened, is a movie about nothing. 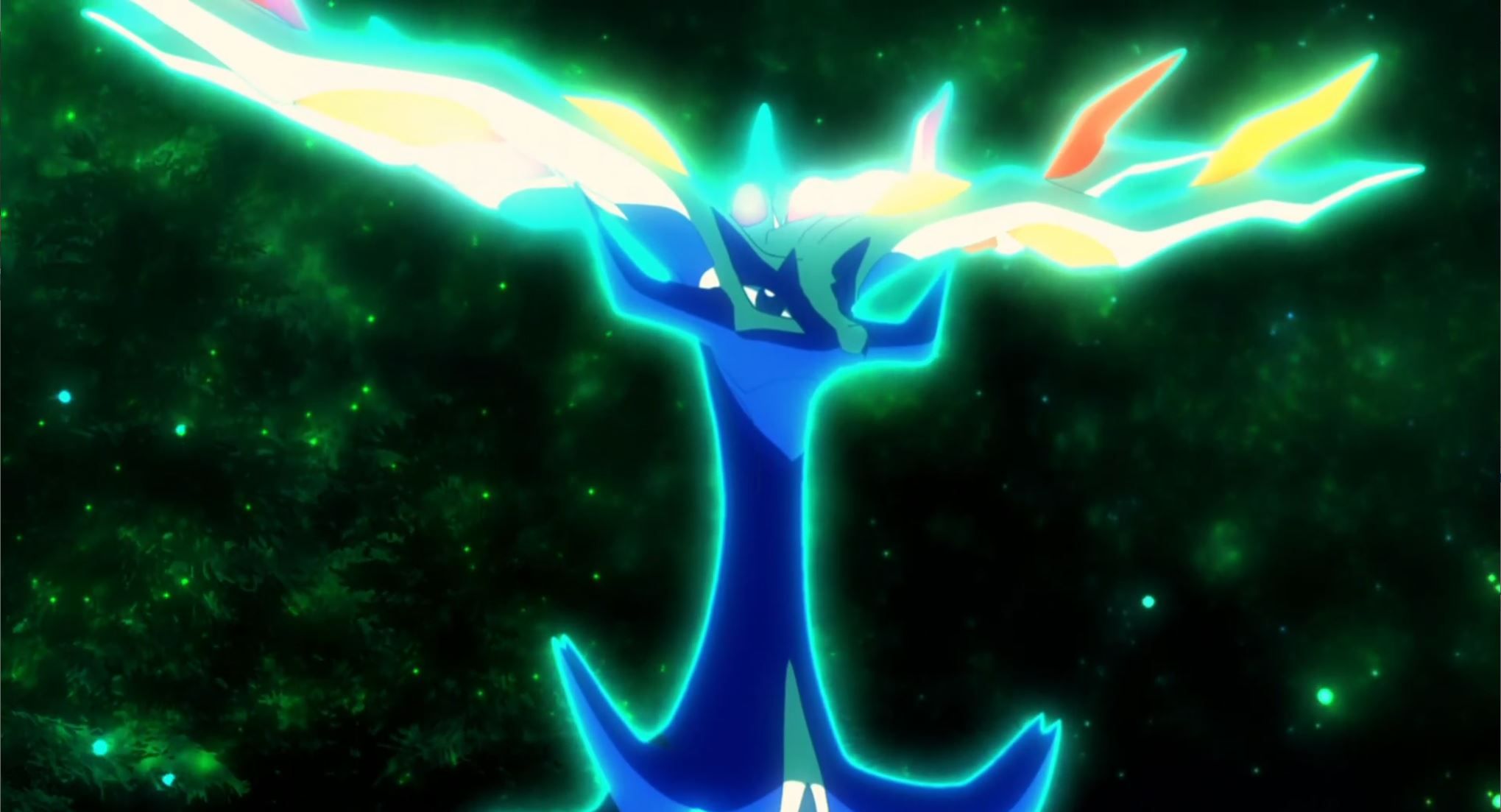 It seems like as Pokemon movies have achieved greater visuals, their stories have conversely grown more shallow and pointless. I know we can’t expect Pokemon to age with its audience, but the films have regressed significantly over the last two generations. The series used to deal with complex themes using a delicate and deft hand. Master of Illusions addressed the inherent dangers of mass media, for example, and Spell of the Unown explored loss and grief. Every movie in Black & White and X & Y so far has felt like an obligatory yearly entry. The potential was there for all of them, but they just keep missing the mark.

Next week is Hoopa and the Clash of Ages, and then we only have one more X & Y movie until the big series reboot. It’s starting to make a lot more sense why they decided to start over with I Choose You, but let’s hope we can finish the original series strong.