Dragons were never really supposed to be a part of the second age of Tamriel, the time in which The Elder Scrolls Online takes place. They’re more at home in the fourth age, the temporal locale of Skyrim which takes place a thousand years later. But ESO is nothing if not fluid in its lore, and so, here we are, with dragons.

They are the star attractions in Elsweyr, the new ESO chapter due to be released for PC/Mac, Xbox One, and PlayStation 4 on June 4 (May 20 for pre-purchase customers), which I played for an hour or so, at a recent media event.

Dragons have gone largely unmentioned in this MMO since it was launched back in 2014, and have not featured in its various annual updates. According to the updated lore, they’ve been in the land of Elsweyr the whole time, confined, in a zoo of sorts. Until, that is, some fool lets them loose. You guessed it: That fool is me, the player.

I begin the game in a comfortable castle room, in medias res, recovering (I’m told) from a recent dragon-mauling. My guards are surprised and impressed that I’m alive. But with dragons on the loose, I’m obliged to get to work, uncovering secrets, recruiting friends, slaying enemies, and all that fantasy narrative stuff.

ESO goes out of its way to be friendly to newcomers to its world, so, as with last year’s Summerset update, anyone can jump right into this game, and quickly feel competent. 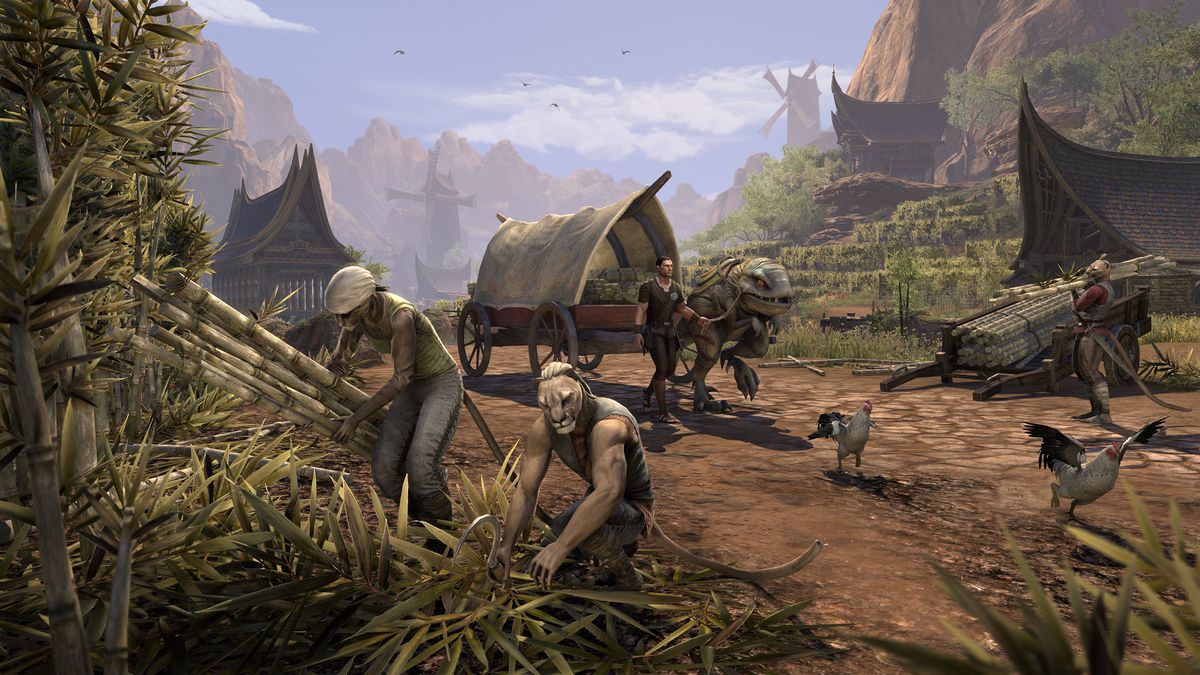 In combat, I slash and dodge. I slay rats. I loot treasure chests, I dialog with NPCs. I explore castle corridors, until I’m outside, where the world has a decorative feel inspired by South-East Asia. There are three main biomes in Elsweyr: savannah, forest and desert. I search for magic artifacts that will bring the dragons back. Soon, I learn more advanced combat moves, including magic.

This early section plays out the same way if you’re a newbie, or a highly leveled denizen of ESO, upgraded to the gills with magic and might. The game levels itself against your abilities, offering a fair fight. Of course, experienced players will have access to spells and other useful skills to make early combat more varied.

I encounter my first dragon after an hour or so of fighting less exotic enemies. I don’t want to spoil the game, but it’s enough to say that my feeble abilities are not enough to slay the creature. Its appearance is merely a lesson that killing these beasts is no walk in the park. Skyrim’s “dragon-shouts” are not available in this world. This means, I need help.

And so the adventure begins, in which I’ll eventually team up with other questers in order to take out dragons in staged instances that arrive at random times and places. It’s possible to kill a dragon with just a few comrades, but not advisable. The general guide is for eight players. Elsweyr also comes with a 12-player raid, called “Sunspire.” 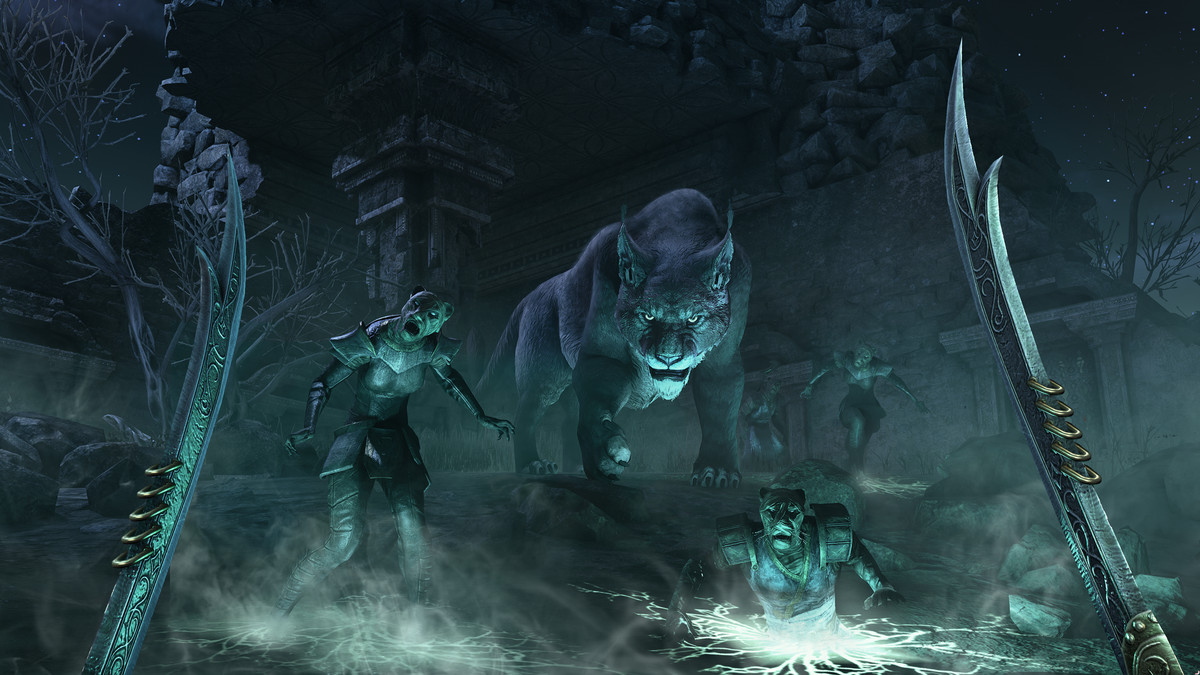 Apart from dragons, the other main attraction to Elsweyr is a new class of player, a Necromancer, the game’s first new class since 2017’s Morrowind chapter. As the name suggests, this character has useful skills when it comes to interacting with the dead. Necromancers specialize in illusion, destructive magic and mastery of human souls.

In a fight, the Necromancer is able to conjure minions or reanimate any humanoid corpses that are laying around. Once thrown into the fray, these undead helpers are limited in their abilities, but they can also be used as bait for explosive spells. The Necromancer’s main downside is that it lacks the ability to move quickly in a sticky situation. But a phalanx of rearguard zombie-allies seems like a fair trade-off.

Part of ESO’s charm is exploring its fantasy worlds and interacting with its many NPCs. Elsweyr is the homeland of the leonine Khajiit race. Apart from loosened dragons, their biggest problem is an invasion from the Imperial northerners, who have shown up with an army of bad guy Necromancers.

For fans of ESO, this storyline brings back some familiar faces from adventures past, including Abnur Tharn, voiced by Alfred Molina and Sir Cadwell of Codswallop, a comic-relief knight voiced by John Cleese.

The Elder Scrolls Online has been played by around 12 million people since its launch, with last year’s high fantasy Summerset chapter cited by publisher Bethesda as its most successful year ever.Elsweyr is available to pre-order now, in variously adorned editions. Keep an eye out for Polygon’s review closer to launch.