I didn’t get to see Spider-Man: No Way Home until Saturday afternoon, and by that time it felt like the whole world had already watched it. My Twitter timeline and TikTok For You Page was overrun with people sobbing uncontrollably and declaring No Way Home as the greatest Marvel movie ever made. One popular Marvel fan account on my FYP said “You think you know what it is, but you don’t,” and then burst into tears. This was a level of hysterics I hadn’t anticipated, and frankly, it scared me.

Spoilers for Spider-Man: No Way Home

I love the MCU, but the only thing that ever made me cry was the death of Iron Man. Tony’s death carried the weight of ten years of struggle, heartache, and heroism. When Pepper told Tony he can rest now, it was an overwhelmingly cathartic moment. I found it hard to believe that No Way Home was hitting people with that same kind of emotional weight. Homecoming and Far From Home rely so heavily on Iron Man and what the MCU built before introducing Spider-Man that they suffer from a lack of identity. Knowing No Way Home was pulling the same trick with Tobey Maguire and Andrew Garfield’s Spider-Men, I expected the same kind of empty-calorie, fan-servicey experience as the other ‘Home’ movies.

Then I saw it, and I cried four times.

The hyperbole surrounding No Way Home turned out to be spot-on, at least for me – a 30-year-old Spider-Man fan that grew up watching Sam Raimi’s Spider-Man movies. There’s never been a Marvel movie that pierced through my jaded critic heart like this one. I have plenty of issues with the plot, pacing, and themes (or lack thereof) but I have to admit that the emotional beats were surprisingly effective on me. Here’s a spoiler-filled recap of every time Spider-Man: No Way Home made me cry. 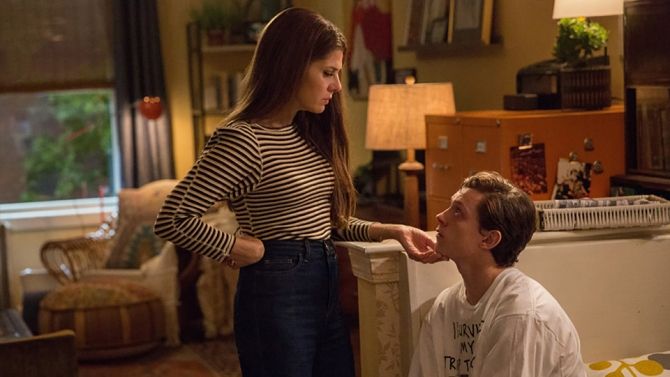 There’s been a lot of side-character deaths in Marvel movies, from Yondu in Guardians 2 to Agent Coulson in Avengers, to Quicksilver in Age of Ultron and even Vision five times. While some of the death’s are more memorable than others, none of them have ever messed me up as bad as Aunt May’s did. She’s been the heart of the series and Peter’s moral compass in all three movies. She was the only one who believed that Peter had a responsibility to help the villains, and even as she was dying she made sure he knew that with great power there must also come great responsibility. This series has struggled to find Spider-Man in the shadow of Iron Man, but with her dying breath, May made Spider-Man the hero he’s supposed to be.

Losing his moral compass and having to find it on his own is one of the defining characteristics of Peter Parker, and No Way Home nailed the execution. Despite knowing it’s necessary for his character arc, it was still a difficult scene to watch. Tomei played May with such a perfect balance of strength and vulnerability, and the way she gets back up after the explosion and tries to walk it off was such an effective way to trick the audience into believing everything is going to be okay, despite knowing deep down that she has to die. Iron Man still has the most heartbreaking death scene, but Aunt May’s is a close second. 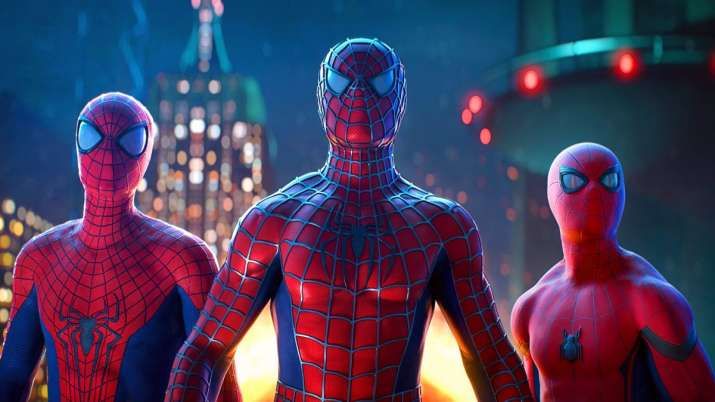 I was disappointed and confused by Maguire and Garfield’s entrances (what were they doing for two days, just standing in an alley?) but the meeting between the three Spider-Men gave me chills. Once again, the MCU’s version of Peter has thus far skipped past many parts of the Spider-Man mythos that I consider to be fundamental to the character. May’s death set things on the correct course, and meeting the other Spider-Men helped Peter understand who he’s supposed to be. The moment that got me choked up was when Garfield explained that he’ll never forgive himself for losing Gwen, and that in the years since he’s become angry and vengeful. His cautionary tale is powerful and important for Peter to hear at this moment, and Garfield delivers it as though there's a knife stuck in his heart. It’s significant that these three Spider-Men were first able to relate to each other through their loss, and the memory of Gwen’s death is still devastating.

The Night Gwen Stacy Died was written in 1973 and has shaped all of Spider-Man’s relationships since. Garfield’s short monologue in this scene captured the weight of her death better than either of the Amazing Spider-Man movies did. As a lifelong fan, evoking Gwen’s death and reflecting on the consequences of it hit me like a ton of bricks. 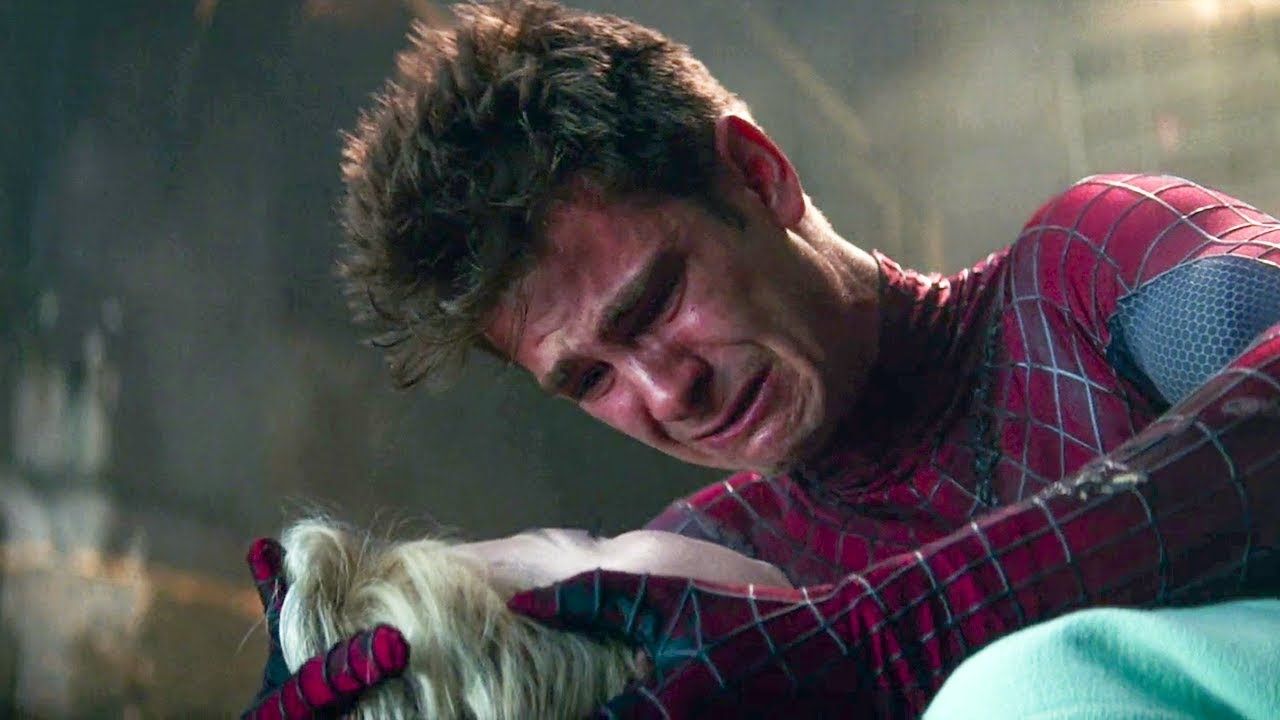 Spider-Man’s ‘second chance’ could have gone horrifically, but it turned out to be one of the most beautiful moments in the film. Andrew Garfield is a phenomenal actor, and the flood of emotion that washes over him and he lands on the ground with MJ safely in his arms brought the entire house down. I’m tempted to go see No Way Home again just to see this moment a second time. I rolled my eyes when people cheered for Daredevil’s cameo, but this moment of redemption made my heart leap into my throat. I think it's the way that he asks her if she’s okay because he’s so terrified that it’s happened again. There’s a fan campaign to get Garfield back for another Amazing Spider-Man sequel, and to be honest, this moment made me desperately want to see him play the wallcrawler again. 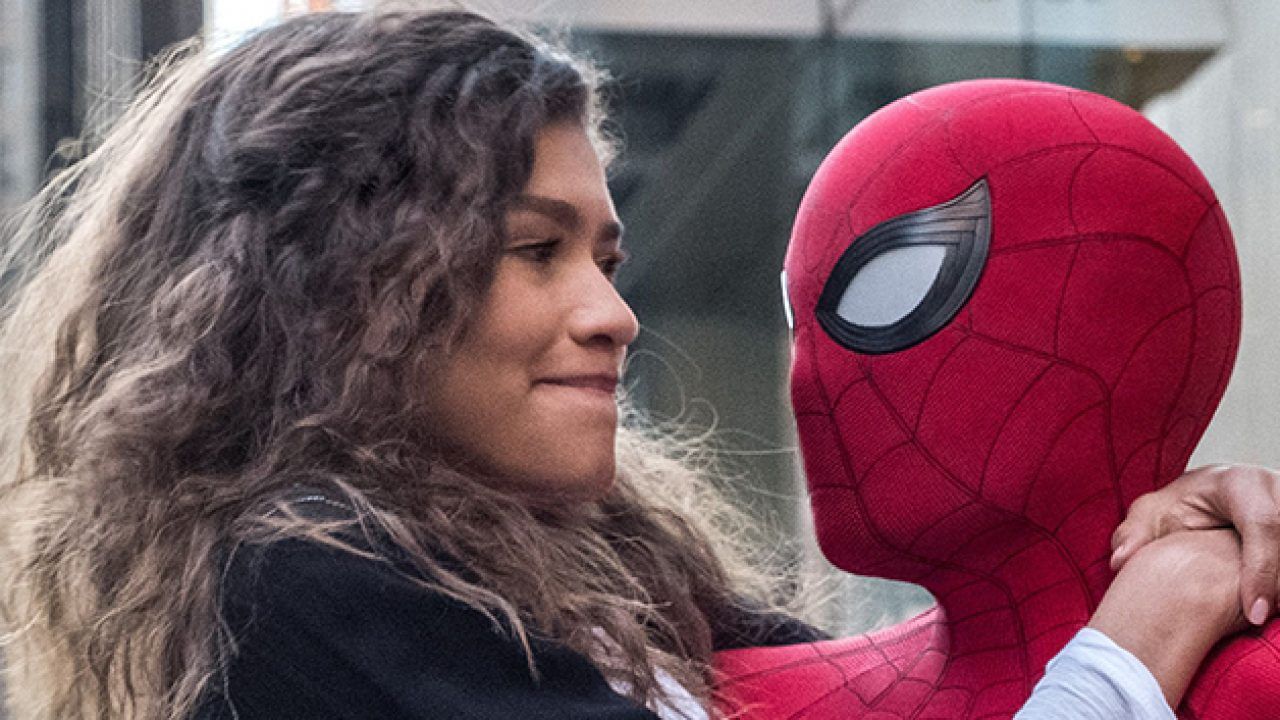 For all of its flaws, No Way Home course-corrected Spider-Man in a way I never thought would happen. Peter experienced character-defining loss, he internalized his responsibility to do good for the first time, and passed the ultimate test by sacrificing his history and identity to save the world. No Way Home is the final movie in a three-part origin story for Spider-Man, and I didn’t see it happening until it was already over. The new status quo put Peter right where he belongs: alone, penniless, with nothing and no one to guide him but the voices from his past and the belief that he can, and must, do good. In the end Peter lost everything, his name included, but he finally became Spider-Man. So yeah, I cried.

No Way Home doesn’t stand up on its own. While Into the Spiderverse is a fantastic multiversal story that works well even if you’ve never heard of Spider-Man before, No Way Home relies on the audience having experienced the entire history of the MCU, two decades of Spider-Man movies, and even some comic book knowledge in order to really appreciate how spectacular this Spider-Man is. It’s full of memes and references and the story it tells isn’t cohesive or logical. It’s the kind of thing that usually only works in comic books, not massive blockbuster movies. I’d rather jump off a bridge than call it a love letter to fans like some kind of hack, so I’ll just say this: I feel rewarded for loving Spider-Man, and for the first time in the MCU, I feel like the filmmakers love Spider-Man too. Oh great, now I’m crying again.