You might not have gotten wind of it yet, but Twitch’s hot tub meta has been replaced by farts, which sounds less like something you’d expect of Twitch and more like something from a weird ‘00s game show on Bravo, where the contestant either wins a hot tub to take home, or loses and has to smell some farts. Hot Tub or Fart, they’d call it, because who needs creative branding with a premise like that? It’s also an opening sentence that should prove to my family once and for all that this is a very real, very serious job that I do.

When it was hot tubs, I was very clear in my opinion – we all needed to shut up. Conversation around the hot tubs quickly turned toxic, and it didn’t feel like anyone had anything constructive (read: not sexist) to say. I had issues with the hot tubs and what they meant for Twitch’s direction in general, but when the discourse never rose above “these thots don’t play games,” I had no interest in engaging with it beyond telling people to shut up.

With the fart meta, it’s different. Here’s a quick catch-up on what it’s all about. The hot tub meta was fairly simple – it was people (usually women) in hot tubs. Aside from that, most of the streaming was fairly straightforward. Thanks to the water, gaming didn’t usually happen, but there were a lot of Just Chatting streams, which included, you know, just chatting, as well as make up, tarot cards, and similar harmless things. There were a few weird ones, and I’ll get to them, but for the most part it was regular content except in a hot tub, because the algorithm wanted hot tubs, and when you’re a streamer, sometimes you have to listen to the algorithm. 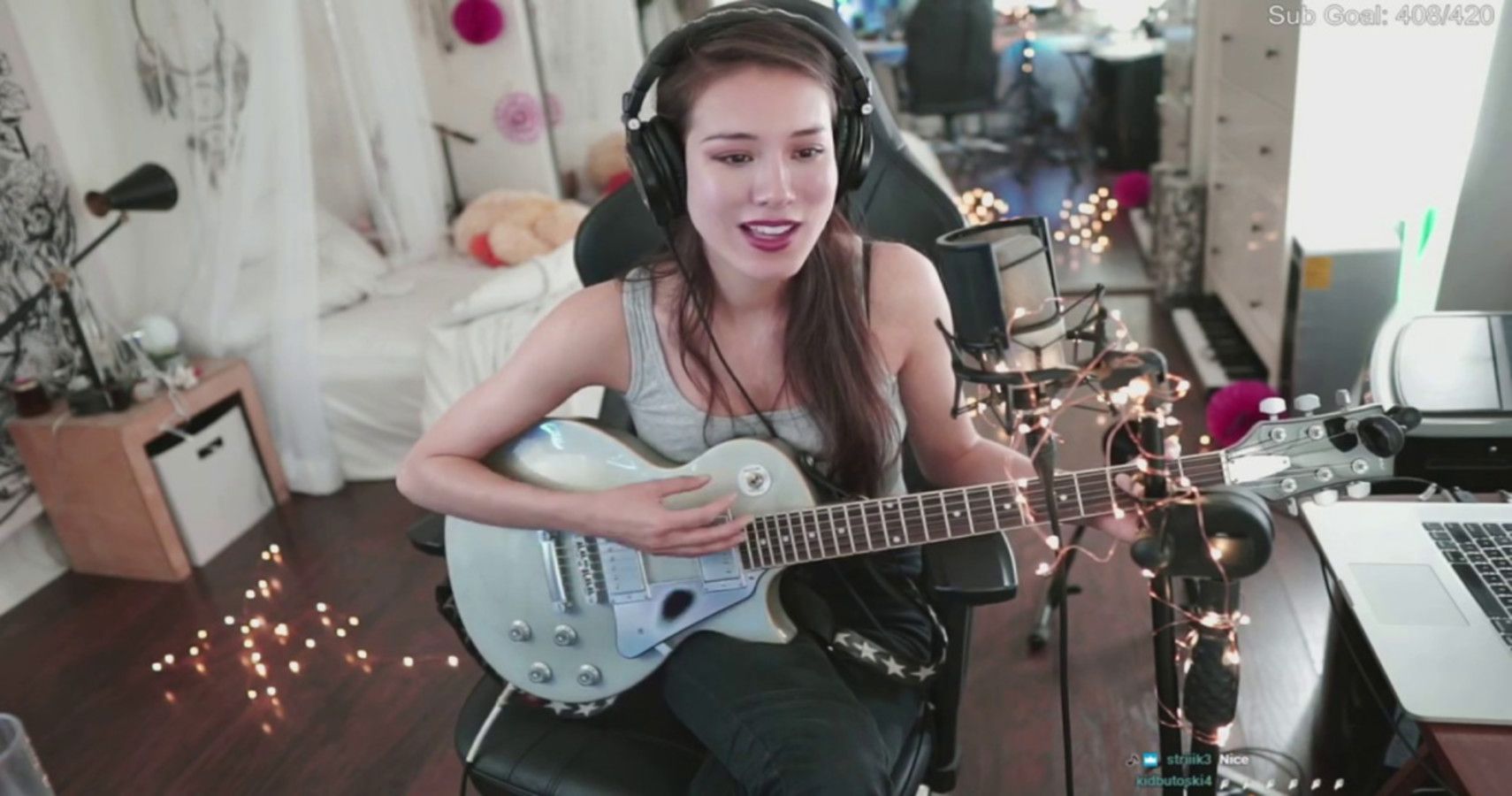 The fart meta, for one thing, is actually an ASMR meta – that is to say, unlike the hot tubs (which was just hot tubs), the fart meta is not just farts. I promise this is a real job. Anyway, ASMR has been on Twitch for a long time – it’s all about relaxing sounds, such as whispering into the mic, talking or breathing softly, jangling keys, or crinkling foil. I don’t really get it, but it helps some people relax. The fart meta is so called because even though it poses as ASMR, it is clearly distinct from the regular ASMR meta, and makes everything sexual and weird. Amouranth and IndieFoxx have both been banned during the rise of the fart meta, and their antics include farting into the mic (obviously), licking the mic, and in one incident, dressing up as Spider-Gwen but with a horse’s head on, jumping on the bed, and bashing the horse mask into the mic. No, I’m not kidding.

It’s strange to think that we live in a world where farting is more sexual than hot tubs, but undoubtedly, we do. Fart videos outnumber hot tub videos on a certain popular adult site by a six to one ratio (Ed: how do you know this, Stacey?). Twitch previously said that being thought of as sexy was not against the rules when it legitimised hot tub streaming with its own category, but this is something different entirely.

I mentioned earlier that there was some weird behaviour during the hot tub streams. I addressed that once the hot tub category was created, but it’s worth repeating. As well as the pretty harmless fun of the streams, some creators would write the names of viewers on their semi-naked body in exchange for donations, and while watching someone chill and talk tarot in a hot tub is a little strange, no one is getting hurt. But when women are offering to write the names of their anonymous viewers – many of whom could be minors still understanding the sexuality of the world – on their bodies, it becomes more insidious. Of course, from the games streamed to the chat, there is lots of content on Twitch that minors should not be involved in, but at least those things – in theory, at least – can be moderated against. Twitch is totally unprepared for this new direction. 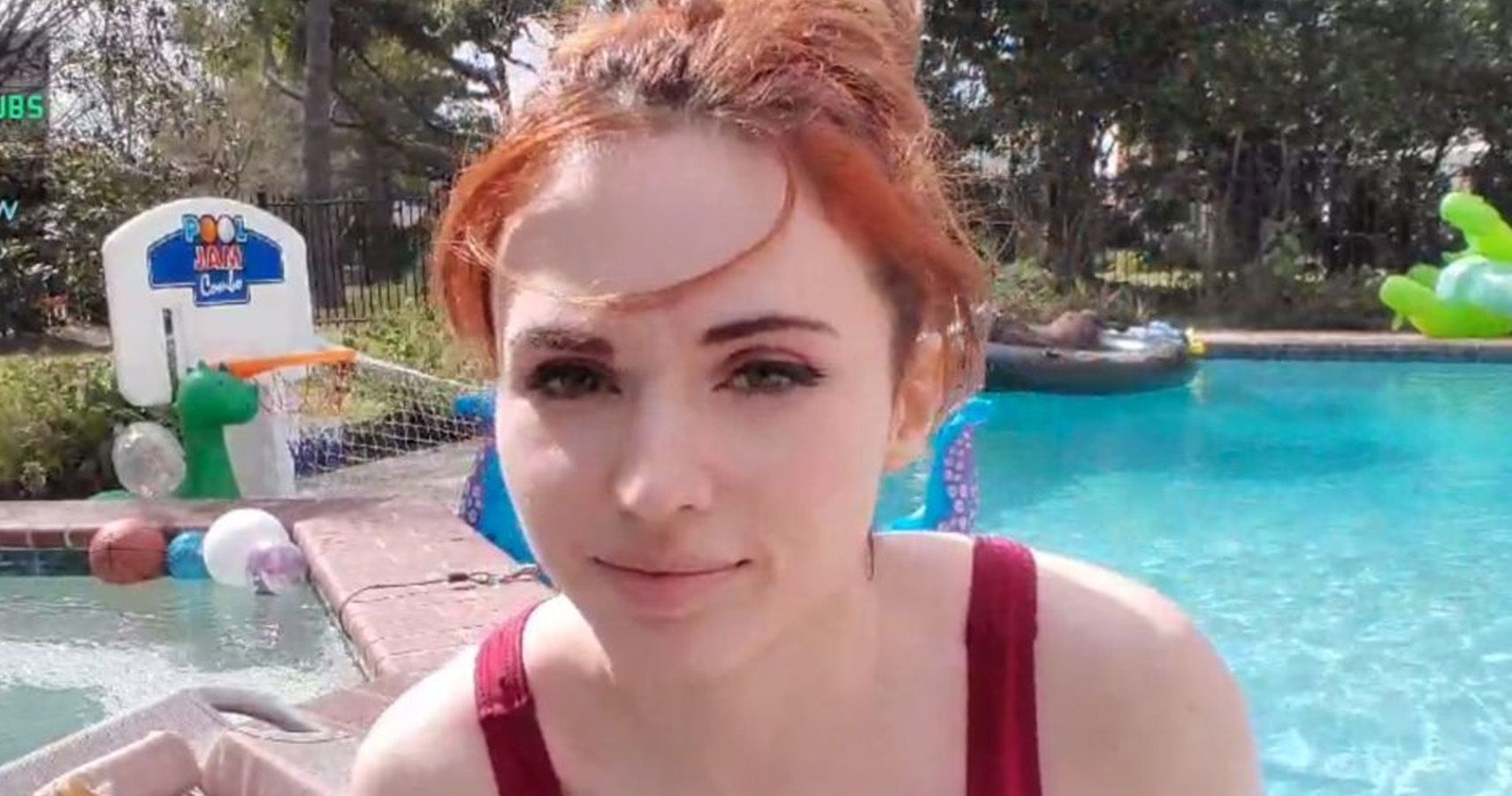 Both the best and worst thing about Twitch is the way it allows creators to build communities and parasocial relationships. You aren’t really friends with Ninja or Shroud or Pokimane; you aren’t even really friends with that 100 follower streamer you always watch. They are an entertainer, and you are the audience. It can provide people with a connection that helps them through a difficult time, but it can also be exploitative. Offering to write someone’s name on your body in exchange for money seems more like the latter.

This is where Amouranth and IndieFoxx’s bastardisation of the ASMR tag comes into play. Even when their behaviour is not overtly sexual, their content in these streams is clearly designed for sexual gratification – Amouranth even used the ban to promote her OnlyFans page on Twitter, while IndieFoxx advertises hers in her Twitter name and pinned Tweet, and used the ban to flirt with Amouranth. We can have the debate over whether sex work is real work another time (it is – debate over), but what we really need to be looking at is how it is encroaching on Twitch. Twitch is the most popular streaming platform in the world, and has strict rules over explicitly sexualised content, but many streamers are finding loopholes – either getting away with ‘not quite sexual enough’ content or using the sexualised controversies on Twitch to promote their OnlyFans pages. Twitch is incredibly popular with minors, is completely unprepared for moderating sex work adjacent content, and is clearly not the place for content like this, however legitimate that content might be on other sites.

It’s also incredibly damaging to legitimate streamers – this is not the sort of content the ASMR category typically produces, and with many on Twitch already seeing the platform as for gamers and no one else, Amouranth and IndieFoxx aren’t helping the cause. It’s not only ASMR streamers that are affected either – it’s anyone, but particularly anyone from a minority group who produces any kind of content or art that is not strictly gaming-based, who are more likely to be taunted and harassed while these pseudo-sexual metas continue to dominate headlines. 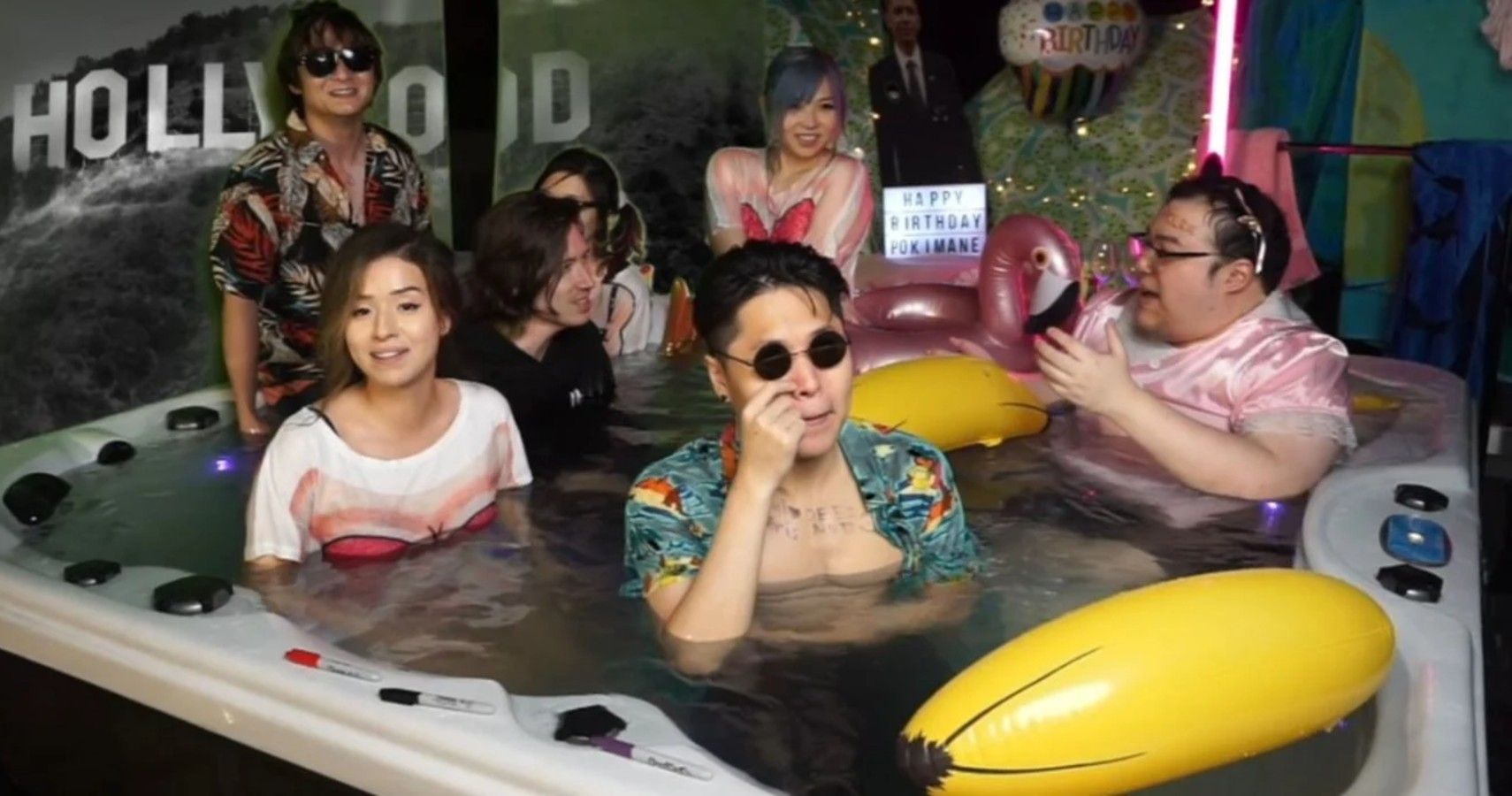 When I wrote about the hot tub streamers, I dismissed the argument that they were making life difficult for other streamers who may now face harassment, with trolls telling them to get in the hot tub. In that case, it was down to the trolls being nasty little trolls – the streamers in the hot tub, with the exception of those writing things on their bodies, had no blame. This time, Amouranth and IndieFoxx are clearly trying to be controversial. They are deliberately making things harder for other streamers in the hope that they can generate extra revenue through the controversy, siphoning it through one of their many social platforms.

As well as the rise in sexual content, these bans also reveal yet again the toxic attitudes of many others on Twitch. xQc, the 12th most popular streamer in the world, has repeatedly called out the hot tub streams and the fart meta, but it’s the way he does it – especially with regards to the hot tub streams – that makes Twitch so uncomfortable for many in the first place. Those getting trolled in the wake of this aren’t being helped by xQc, they’re being hurt – his attitude makes it acceptable for viewers to gatekeep and verbally attack any streamers they don’t care for, which primarily tend to be women. If you’re also a woman who does not use Twitch to game, the vitriol you get is likely worse. This is xQc, banned from the Overwatch League for homophobia, one of 0.006 percent of players in history to be permanently banned from League of Legends for toxicity, and a man who has been banned three times by Twitch previously for showing explicit content on screen. 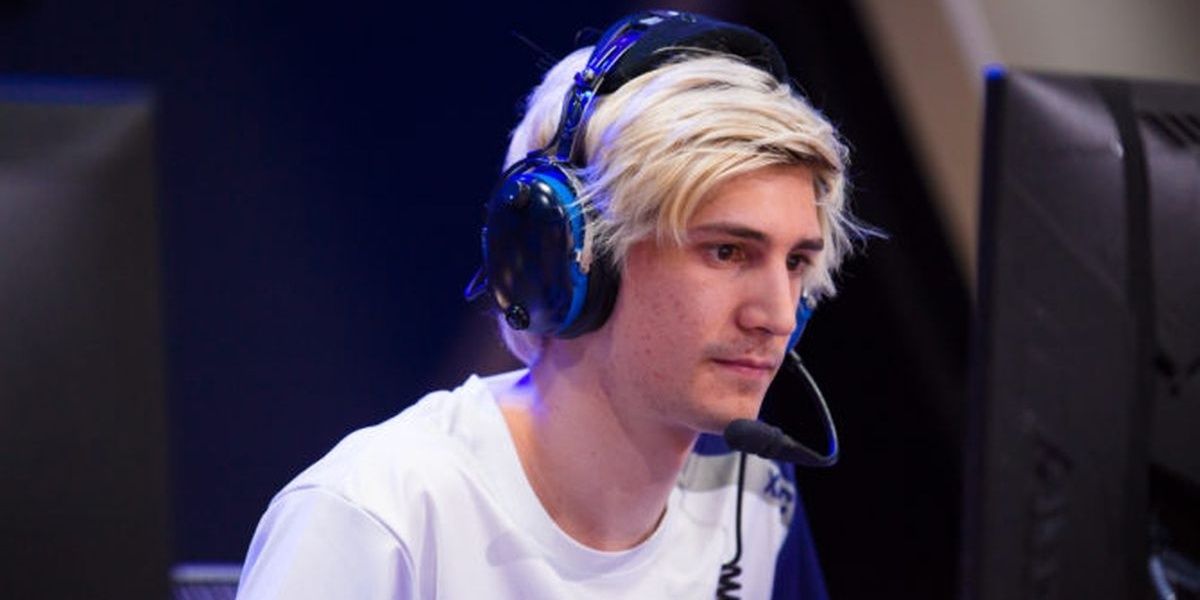 There are no winners here. It feels like the biggest winners are Amouranth and IndieFoxx, which just goes to show how ineffective these bans are when the most popular streamers can use them to grow their brand. Twitch is changing fast, and while I don’t think it always needs to be for the gamers, I also don’t think it needs to be for women in Spider-Gwen catsuits with horse masks on farting into the mic. Isn’t there a middle ground?