I love Kingdom Hearts. More than most things, in fact. It’s my favorite video game series, and has been with me through my childhood and into my young adult years, standing by me through thick and thin.

And yet? I only finished the original game for the first time only a couple months ago. Trust me, I know how strange that sounds. 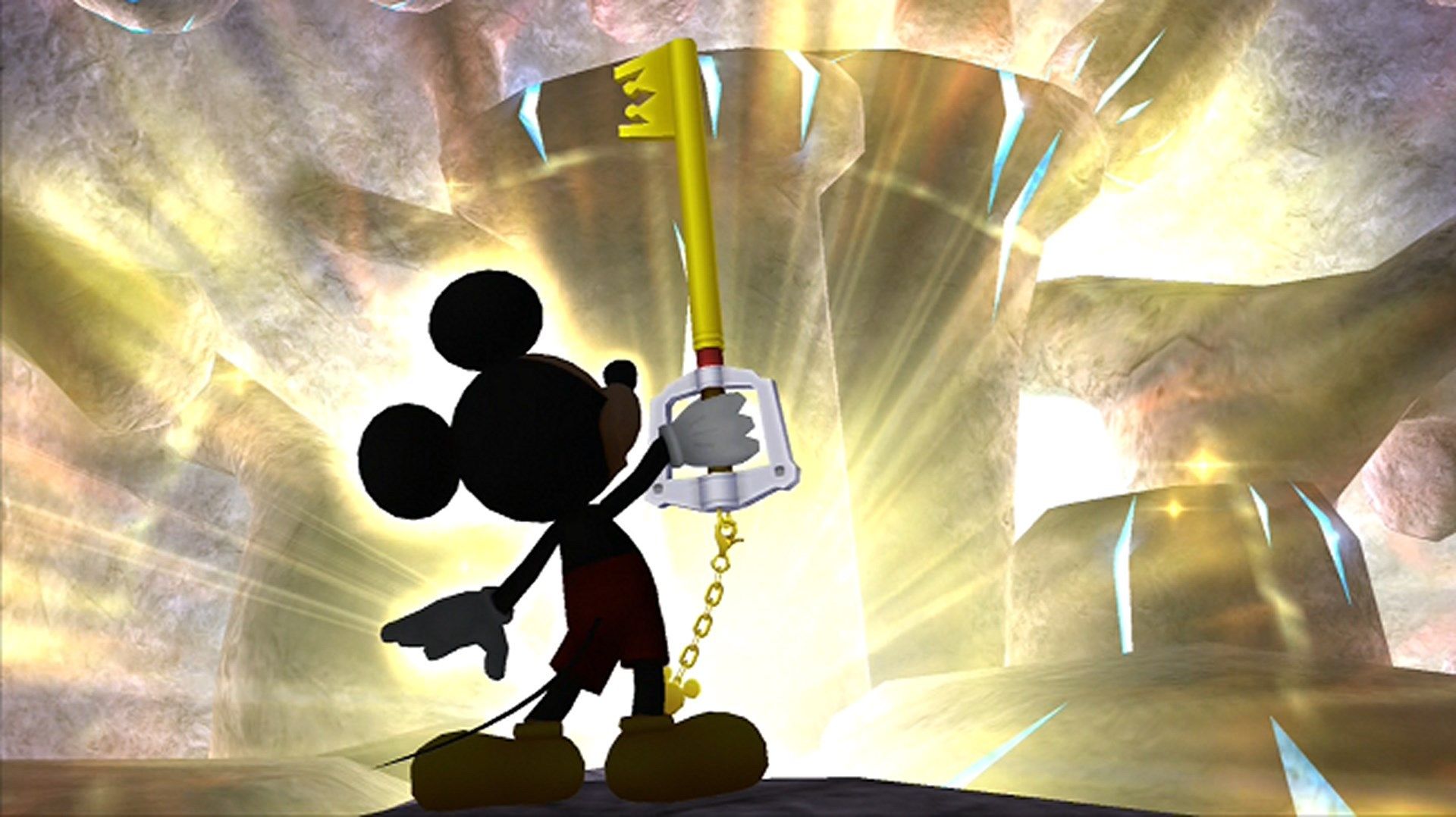 About two weeks before my seventh birthday, my sister turned four years old. She was how any would expect a four year old to act on their birthday, begging for cake and excited about all the toys she received. But one gift came completely out of left field. She excitedly received a wrapped present from our dad and when she opened it, she was faced with a copy of Kingdom Hearts.

We’d had our PlayStation 2 for about a year at that point. Our dad had bought it for himself, but I’d quickly taken a liking to it. I filled my time with movie-tie-in games and classic EA sports titles. They were all easy enough, and kept me occupied. But once Kingdom Hearts fell into my life in the most unorthodox way, I had no idea how much my life would change.

“It has Disney characters on the box,” I remember my dad saying. He pointed to Donald and Goofy, completely ignoring the spiky haired characters surrounding the more iconic Disney figures. “I thought it would be a good choice.” Little did he know how attached I’d become instead of my sister who wouldn’t be interested in video games until her late teens.

I took it upon myself to find out what this Kingdom Hearts thing was. I mean, there were Disney characters involved. As I inserted the disc into the PlayStation 2 I was greeted with beautiful music, followed by some very confusing narration about whether anything was real that didn’t mean much to me at the time. But soon enough, I was running around Destiny Island, making new friends and getting way too competitive during my race with Riku.

I was having a blast up until the island was destroyed, and I defeated a giant shadow monster. But as I was whisked away to Traverse Town, I saw Donald and Goofy for the first time and finding them was seven-year-old me’s ultimate goal.

After hours of slicing through beginner heartless, I finally made contact with my Disney pals and the adventure could really begin. But for me, it was the nearing its end. 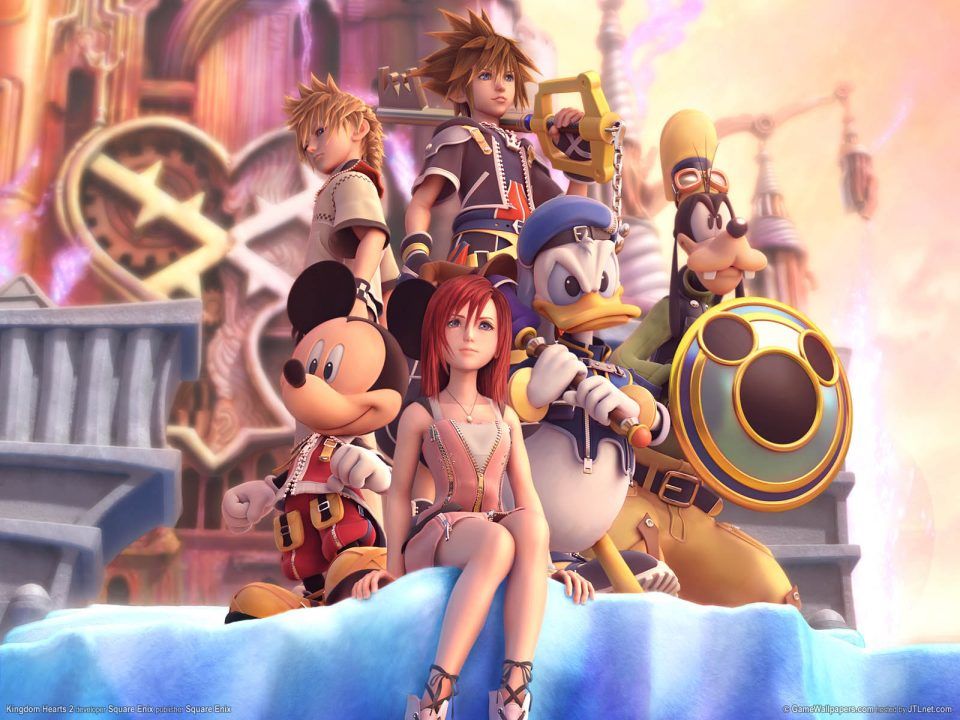 Those first two Disney worlds, Alice in Wonderland and Tarzan, were just too difficult for a seven year old with little video game experience. And I never even made it to either boss battle if that tells you anything. I was getting frustrated and wasn’t having fun anymore. So I put that portion of the game down, but continued to restart over and over again to see Sora and run around with my new friends on Destiny Island. At that point, I had no interest in continuing my journey with Kingdom Hearts.

A few years (and a hefty rental store late fee) later, Kingdom Hearts 2 had become my favorite video game of all time – and still is to this day. After asking my parents to rent it out of pure curiosity, I fell in love with the gameplay and figured out the story as I went with little knowledge of what came before. And while it took some time, and me finally purchasing my own used copy from GameStop, I finished what would become my favorite boss battle and Kingdom Hearts 2 cemented a place in my heart.

And yet, I felt no need to backtrack to the original.

I’d fallen in love with Kingdom Hearts 2’s design, its gameplay, everything about it. And because of that, I couldn’t imagine going back to something I knew didn’t flow as well. So I didn’t. That is until my sister picked up the game.

“There’s A Light That Never Goes Out” 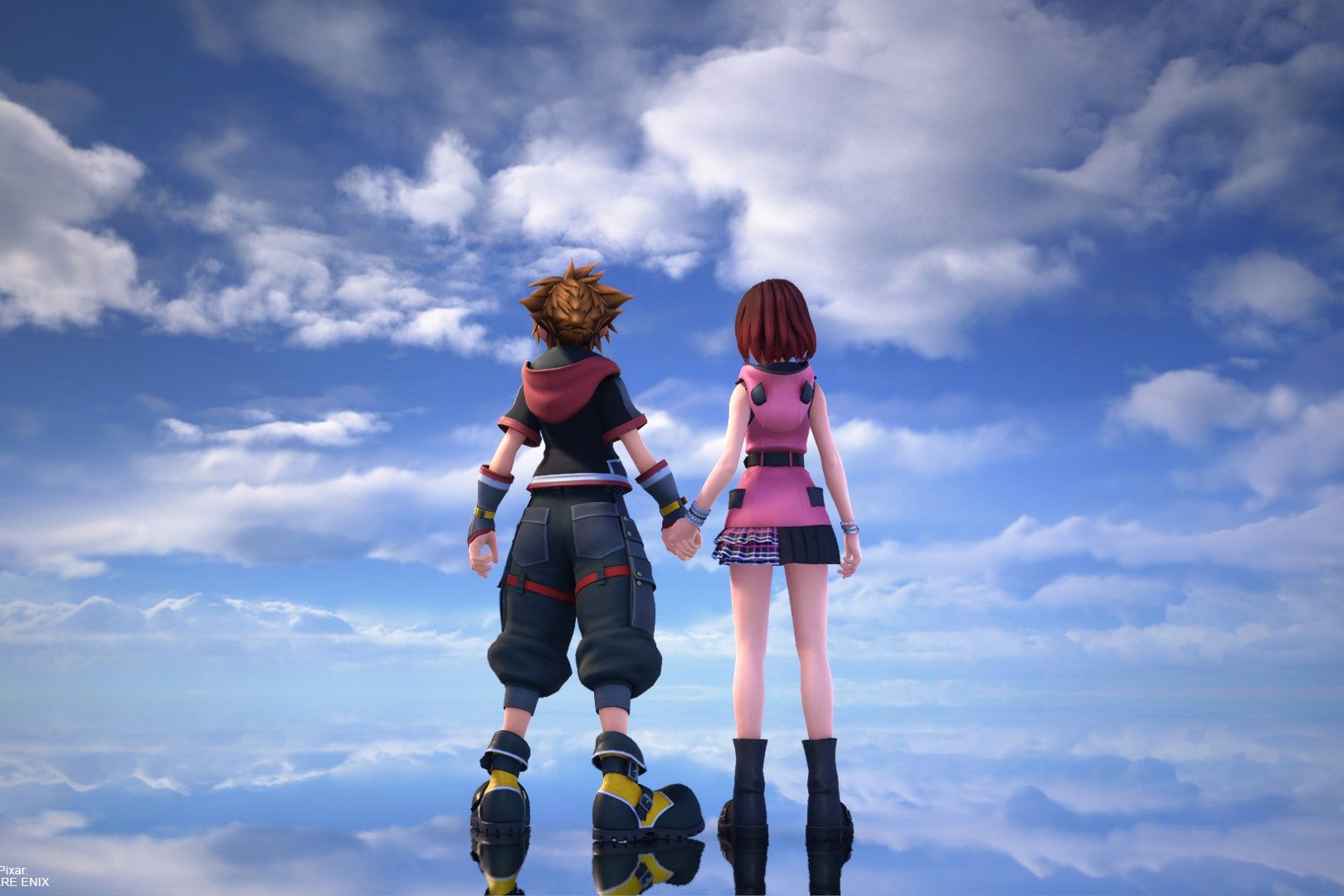 Now, I will admit that I did play a majority of the original Kingdom Hearts back in 2013 when the third game was announced. The excitement was overwhelming from the confirmation of a long yearned for third installment, so I decided that was the time to finally pick the original back up. I had since watched countless amounts of YouTube videos  explaining the story and was already in a better position to enjoy the game than my past self. It may not surprise you considering previous events, but I never finished it. I found myself stuck during a late-game boss and decided to put the game down yet again.

That brings us to August 2020, many years after my multiple failed attempts at what was supposedly the first game of my favorite franchise.

My sister, now a thriving college student and my best friend, had expressed interest in Kingdom Hearts before, but it wasn’t until the series popped up on Game Pass that she took the leap and downloaded it onto her Xbox. It felt like a weird fever dream as I sat down with her and we experienced the beginning of the game all over again. Listening to “Simple and Clean,” watching her struggle to collect items for the raft, seeing the excitement when she herself ran into Donald and Goofy for the first time…  it made me realize something.

Kingdom Hearts was never my favorite game franchise because I had finished them, but because of how much I connected with the themes of friendship, courage, and love. I didn’t need to see the end result for that to connect with me. Watching Sora search for his friends with a sword shaped like a key filled my heart with joy and kept me company during some lonely years. And watching my sister experience those same things was a moment I never knew I needed.

So, once she arrived to that same boss I’d abandoned back in 2013, I asked her to create a separate save file for me so I could finally finish the game – on an Xbox, no less. And while finishing the game offered me an exceptional sense of pride, I felt no different towards the series once the credits rolled. Kingdom Hearts was still my favorite video game franchise, it still brought a smile to my face, and it’s still something I’ll return to in the future. But now, I get to share it with my family, and that’s something I’ve wanted for more than a decade.

Next: “My Friends Are My Power!”: Lessons In Friendship From Kingdom Hearts