Out of all the JRPGs I’ve played, Fire Emblem: Three Houses is the best candidate to be adapted into an anime. Aside from the obvious fact that it’s already done in an anime style (the cut scenes look exactly like an anime would), the complex plot and depth of the characters provide plenty of content from which a full-fledged anime could be built.

I can probably guess what most of you are already thinking—if an anime is made, that means one path would have to be chosen as canon. This does not have to be the case. In my mind, one crucial change that would need to be made right at the start is the fact that Byleth should not be made a leader of one of the Three Houses. Another professor character would need to be created to oversee the third house, and Byleth would need to be recruited in a different role at the monastery. This way, Byleth can be involved with and get to know the students from all three houses without being an authority figure.

More importantly, this doesn’t actually need to be an anime that is solely centered around Byleth. In fact, especially when the anime starts delving into late-game material, I think it would be best to do it in a Game of Thrones style. This way, episodes can switch off their focus between a bunch of the main characters, giving the audience a full opportunity to assess every side of the situation thoroughly. In addition, the writers would be able to add content about what the other characters are doing in all their different territories at times in which they are not fighting alongside their house leader.

In terms of how to end it without running into the problem of one canon path, I would say ditch all three endings from the game. I’m not about to say I’ve got the perfect idea for a new ending, but I’m willing to bet that an ending could be written in which none of the three actually win. In fact, it could be a good set up for a tragic ending in which all three of them lose. Either way, there doesn’t need to be a definitive statement that one of the three paths was actually the best one. I’ve even written about how if you break it down, none of the three really came up with the greatest solution anyway. 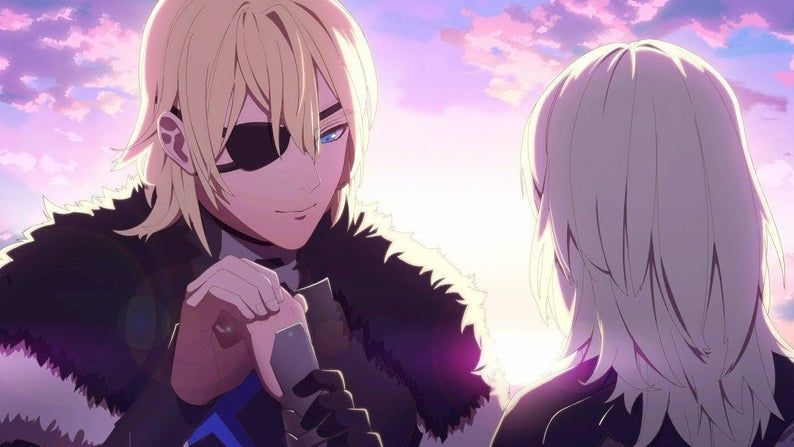 Considering the amount of time an anime could put into exploring the back story of each of these characters (which we only hear snippets about in the game) with both the entire time skip and also potential times in which the whole group isn’t in the same place during the content from the second half of the game, you end up with a plethora of opportunities for new stories and episodes.

And as a side note, if we’re being honest, the romance in Fire Emblem: Three Houses was so unfulfilling. I wanted more so badly, and to be able to see all these relationships develop more would make my year. As for who to pair up, maybe have fans participate in a mass poll about it. But no matter the results, I would be happy to get any extra content in that area regardless.

There are hundreds of directions that a Fire Emblem: Three Houses anime could potentially be taken, and I honestly think it would be difficult to botch it if the anime kept characters true to their nature in the game.