With the official release of PlayStation 5 and Xbox Series X, football fans don’t have to wait much longer to bring their Madden 21 gameplay to their shiny new next-gen consoles. Madden 21 will release for the consoles on December 4, adding crisp new visuals and dynamic player mechanics to the game through the use of the Frostbite Engine and NFL Next Gen Stats.

TheGamer recently had the opportunity to get a first-look at the next-gen footage during a press event, which showed off the power and cutting edge technology being brought to the Madden franchise to make it one of the most immersive experiences in the series. 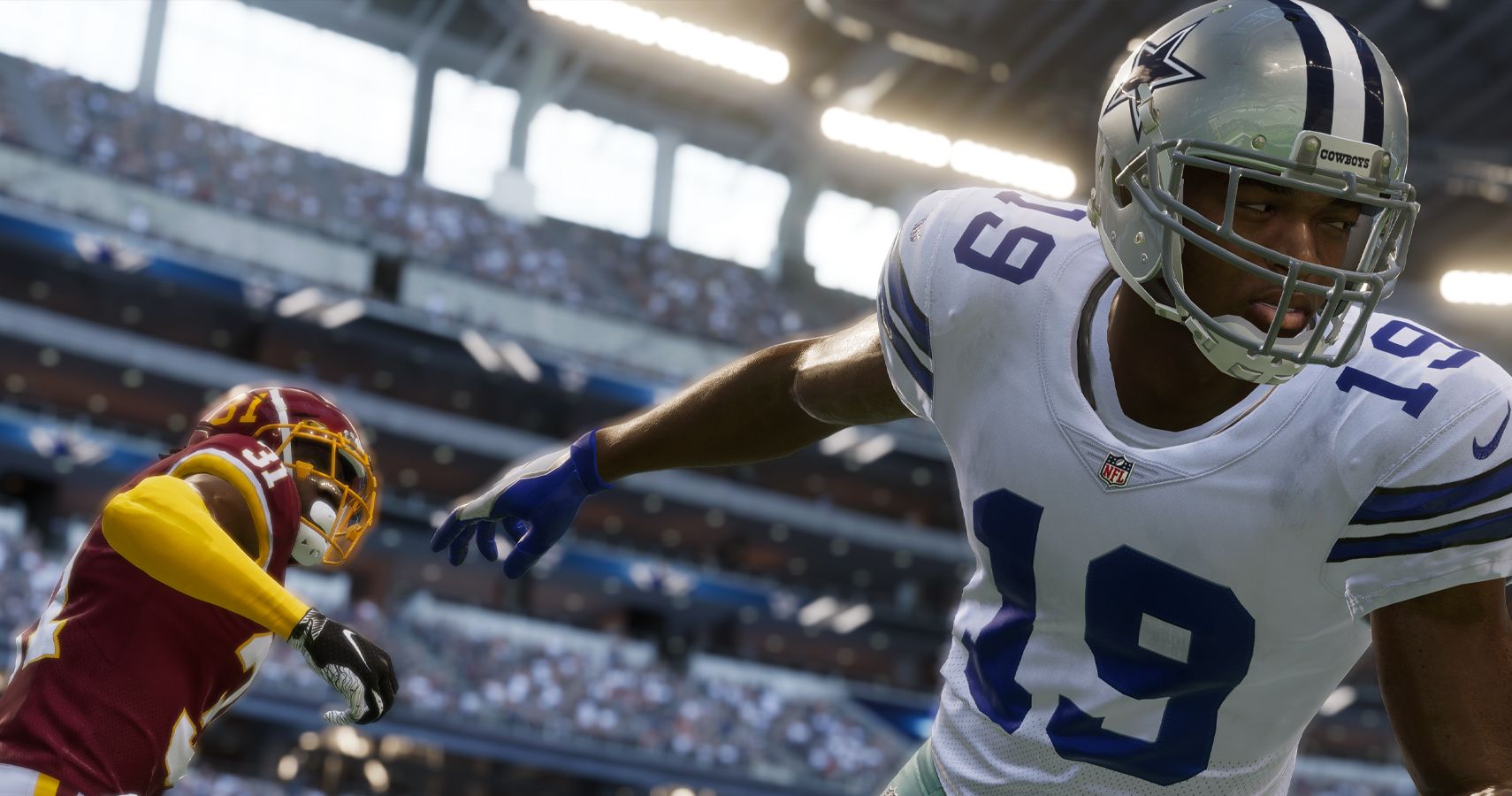 Deferred rendering and lighting, new weather details, location-based audio, and more realistic player models and movements were highlighted during the event. With football, as a whole, being played in some of the most lit-up environments in sports – whether it be under sunny skies on a Sunday afternoon or under the lights of a Monday Night Football showdown – it was important to try and replicate that experience in Madden.

The deferred light system allows for even more lighting than ever before, making every gameday detail look better, even in the rain. Speaking of which, weather details are also more prevalent on the next-gen consoles, such as standing puddles accumulating on the sidelines during a downpour.

Sidelines themselves feature more details in the ways that players react to what’s happening in the game in real-time. And how do the new character models themselves look? Quite frankly, pretty great. A comparison of Lamar Jackson’s up-close facial features between current-gen and next-gen consoles showed off a more detailed and human look. Admittedly, I wasn’t as blown away as I was with the next-gen player models from NBA 2K21, but players’ updated facial features and expressions are a nice touch, even if underneath a football helmet.

The highlight of the first-look event came courtesy of NFL Next Gen Stats, which powers the all-new player movement system on next-gen. The development team used NFL Next Gen Stats to recreate player positioning and movement using real-life data captured from the tracking tags that are placed inside every players’ shoulder pads. Whereas current-gen player movement looks and feels a bit more robotic, the data from NFL Next Gen Stats allows players to run routes, for example, that are more true to how they would be run in real-life, with body positioning playing a major role in the fluidity of their movement. These changes may sound subtle enough to be overlooked during gameplay, but there’s no doubt in my mind (as a daily Madden player) that they – along with the responsiveness of controller haptic feedback – will be powerful enough to make the Madden 21 in-game experience even more immersive than it already is. 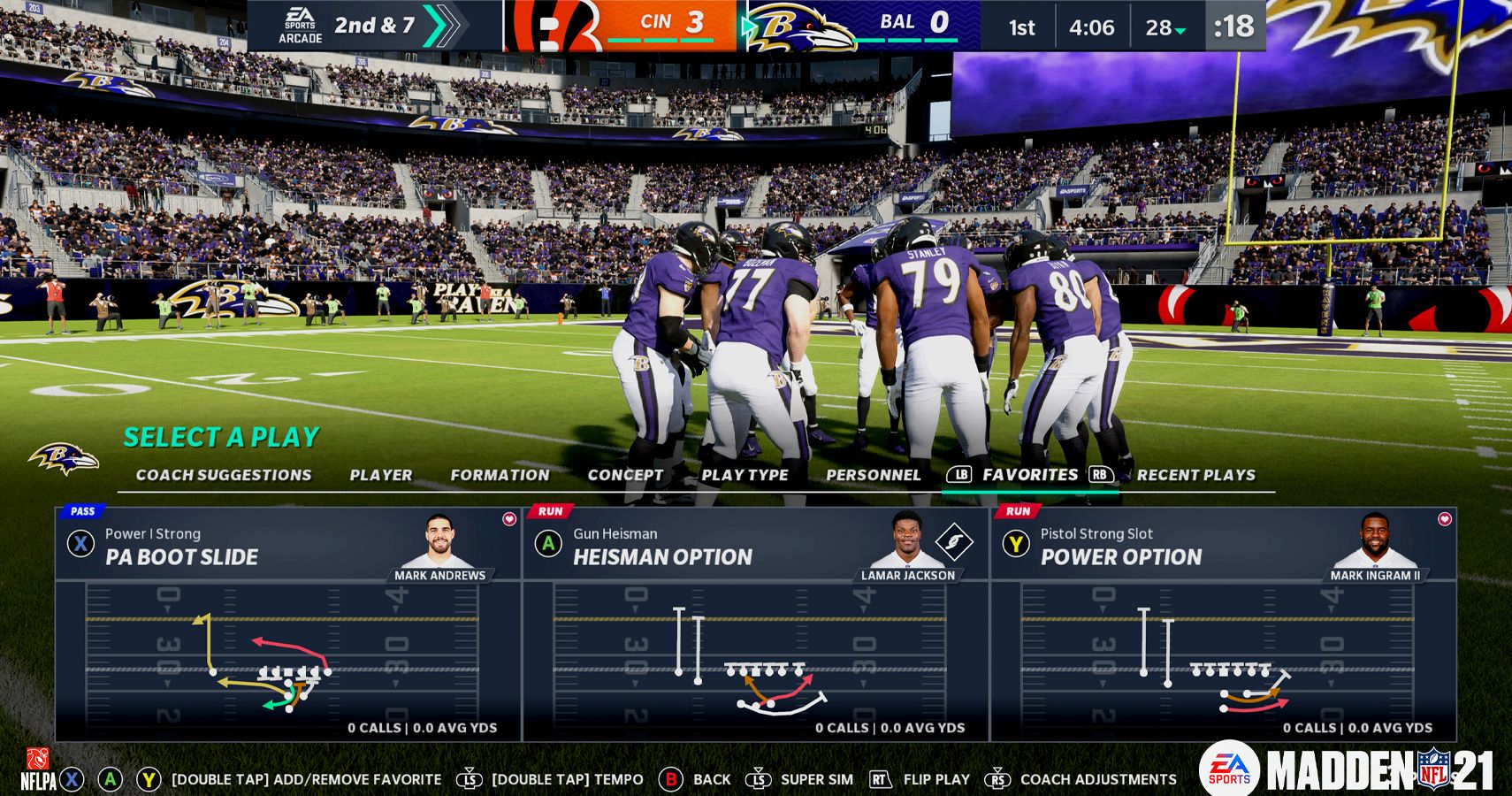 Finally, a new play-calling system will allow you to call plays more efficiently, whether you’re dialing up a play for a specific player, or using one of your go-to plays that can be saved as a favorite.

All of these new features were made possible by the Frostbite Engine, which allowed the move to next-gen consoles to be the “smoothest transition to date,” according to Madden 21 Executive Producer Seann Graddy. For Madden players, the move to next-gen can’t come soon enough. While the PlayStation 5 and Xbox Series X versions of the game will feature everything that is already available – including the latest major update to Franchise mode – hopefully, the overall experience will be better than the one that exists on current-gen consoles.

Madden 21 will be available on PlayStation 5 and Xbox Series X on December 4, and will come with dual entitlement for those who have already purchased the current-gen versions of the game.