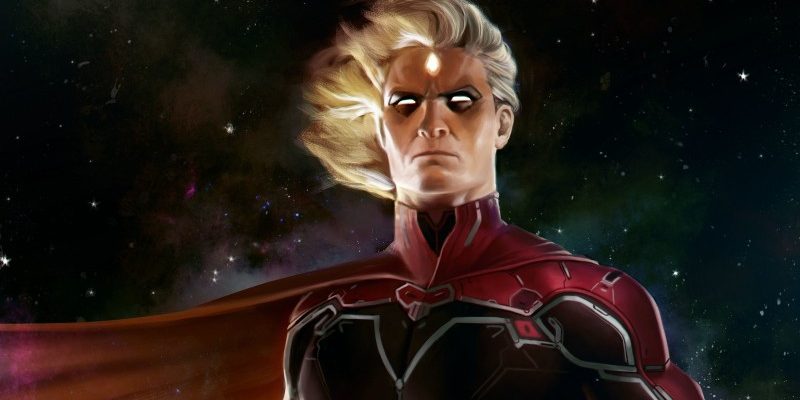 James Gunn’s Guardians of The Galaxy Vol. 2 explored Peter Quill’s relationship with his father, Ego. A new potential character, Adam Warlock, a mighty deific warrior, is teased at the movie’s end, and now we know who will play them. What he’ll bring to the third chapter remains to be seen, but we now know that Midsommar actor Will Poulter has been cast in the upcoming role. Gunn confirmed the decision himself.

As you guys know I often strike down false rumors, so… um…

Welcome to the Guardians family, Will Poulter. He’s an amazing actor and wonderful guy. See you in a couple weeks. #AdamWarlock #GotGVol3 https://t.co/RaNeGDIC0E

In a short Twitter post (seen above), James Gunn excitedly welcomed Poulter to the GOTG team. Poulter replied stating, “Thank you, James. It’s a genuine honour to play this role and to work with you. I’m very excited to get to work.” With the recent release of Gunn’s The Suicide Squad, Guardians of the Galaxy Vol. 3 is likely still in early production stages.

Historically, Adam Warlock’s great power is beneficial to plenty of heroic superteams, including the Guardians. However, his less endearing, parallel personality, Magus, poses a considerable threat to the universe. Adam is often at the mercy of his two conflicting selves, leading to some interesting developments in the Marvel comics. In any case, the Guardians have their work cut out for them in the next film.

In a similar vein, Eidos Montreal’s Marvel’s Guardians of the Galaxy video game is launching at the end of the month. You’ll star as Peter Quill, making important choice-based decisions in conversations with fun NPCs like Lady Hellbender and Cosmo the Spacedog, all while leading your oddball team to victory in bombastic action sequences. The studio recently revealed the 1980s tracklist, touting classics like Tears for Fears’ “Everybody Wants To Rule The World” and Rick Astley’s meme-y “Never Gonna Give You Up.” Perhaps while exploring the far reaches of the universe, we’ll cross paths with Adam Warlock too.

Be sure to check out our dedicated Guardians of the Galaxy hub, where we’ve posted our hands-on impressions as well as dev interviews, among other awesome, exclusive stories.

Marvel’s Guardians of the Galaxy (the game) drops on October 26 for PlayStation 5, Xbox Series X/S, PlayStation 4, Xbox One, Switch, and PC.

What do you think of the Adam Warlock casting decision? Do you think he’ll also make an appearance in the game? Throw those opinions/theories down in the comments section!