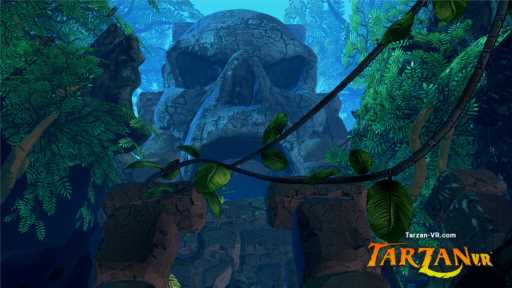 In 2020 developer Stonepunk Studios and publisher Fun Train brought iconic character, Tarzan, into virtual reality (VR) with Tarzan VR for PC VR headsets. It’s now been revealed that the videogame will be coming to Oculus Quest, this week in fact!

For the Oculus Quest edition Steel Wool Studios (Five Nights at Freddy’s VR: Most Wanted) has been handling the port, with Fun Train confirming that the launch will feature all three episodes; Episode 1- The Great Ape, Episode 2- The Jagged Edge and Episode 3- The Dead of Night. Currently, the Steam version of Tarzan VR doesn’t offer the third episode, still listed as “coming soon”.

Best known for its horror title The Exorcist: Legion VR with Wolf & Wood, Fun Train’s latest episodic adventure Tarzan VR takes you to his lush jungle home where you can explore his treehouse and the surrounding environment to look for secrets. After which each of the comic book-inspired episodes takes you deeper into the jungles, fighting mercenaries and learning new skills along the way.

While each episode will unlock a new weapon to play with – Episode 1 features the “Mighty Axe” for example – classic mechanics like being able to swing through the trees and talk to animals still feature. Gameplay offers plenty of physical exertion to keep you immersed in Tarzan VR’s world, if you’re not swinging then you’ll be climbing or swimming or beating up enemies.

Reviewing the PC VR edition of Tarzan VR VRFocus said: “Much like the comic books it’s based around, Tarzan VR is a light affair that can be easily consumed in stages. The action isn’t too particularly tough, and the enemies aren’t at all clever but the overall experience is enjoyable enough for a couple of hours.”

Tarzan VR is scheduled to launch this Thursday, 1st July 2021 for Oculus Quest. See it in action in the new Oculus Quest trailer and for further updates on additional platform support – PlayStation VR has been mentioned previously – keep reading VRFocus.