If Geralt of Rivia were a Witcher/Trainer in the Pokémon games, then this would be his team.

A Pokémon/Witcher crossover seems about as unlikely as a Disney/Final Fantasy crossover, but then Kingdom Hearts happened, so why not this? Besides, there’s some history of CD Projekt Red working with Japanese companies. Remember the Monster Hunter/Witcher crossover event that happened last spring? Everybody loved seeing Geralt in something other than his typical fantasy setting, so why not throw him into the world of Pokémon as a trainer? Or even a gym leader?

The question isn’t whether or not fans would love a Pokémon/Witcher crossover. No, the question is: what Pokémon does The Witcher use as his team of six?

To answer that question, we did a deep dive into Geralt’s history. Just what tiny monsters would a Witcher use to fight other monsters? The answers may surprise you. 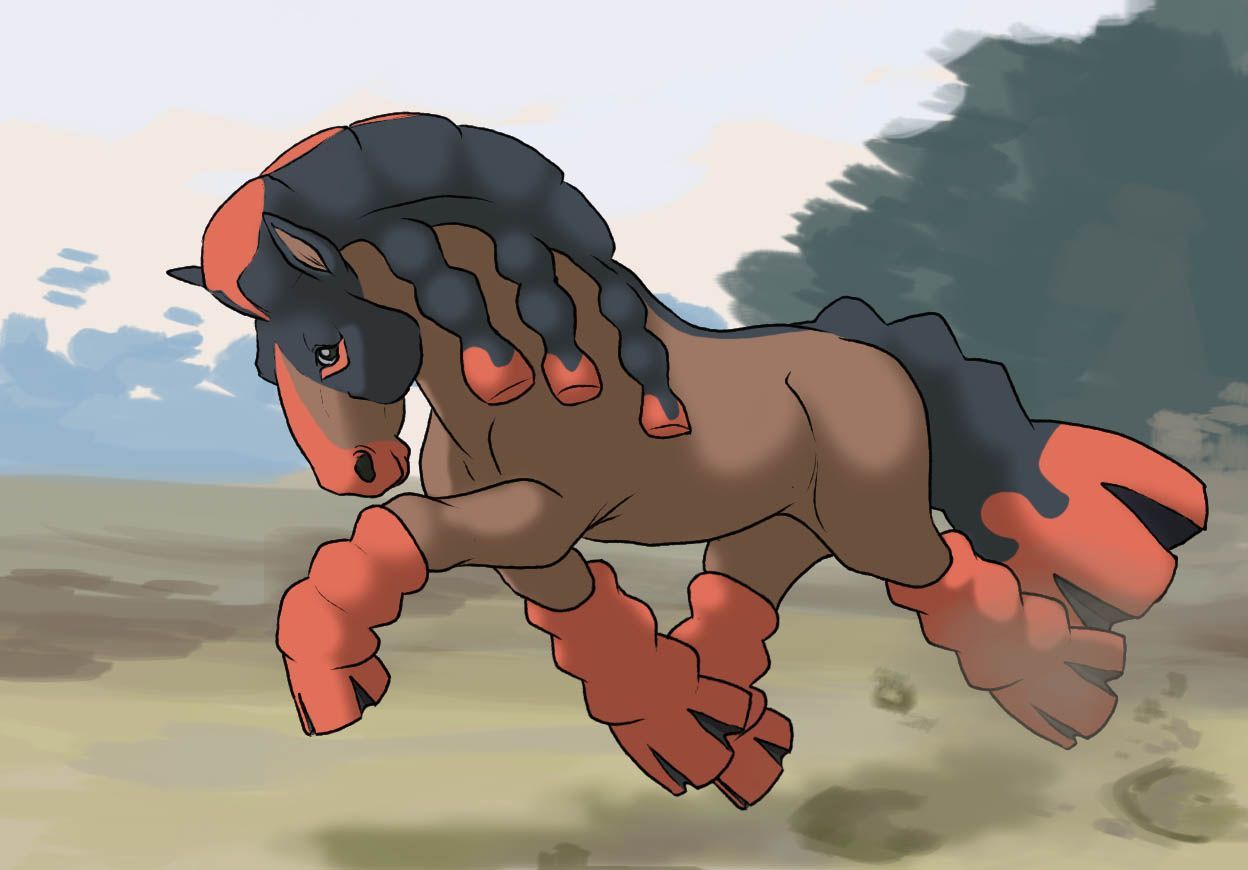 As the most horse-like of all Pokémon, Mudsdale is the ideal candidate as the Roach replacement. On top of that, Mudsdale adds Ground-type coverage, which is an ideal type to take care of Steel, Fire, and Electric opponents. Mudsdale is also said to be able to carry a 10-ton load up the side of a mountain, which is very much in keeping with Geralt’s ability to haul 10 tons of weapons and armor cross country in his never-ending quest to get paid to fight monsters. 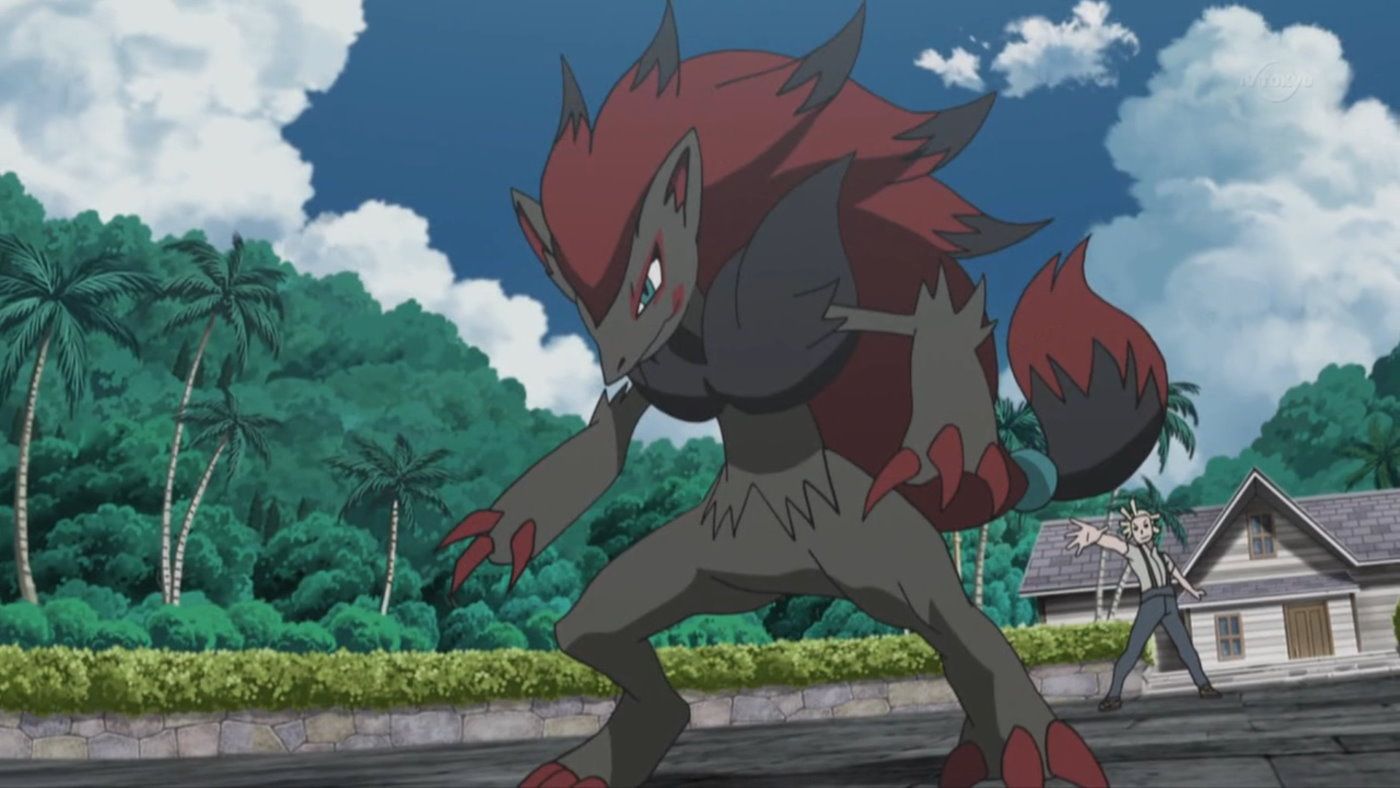 In The Witcher series, there’s a species of monster called Dopplers. Dopplers are essentially shapeshifters that fit in with human society by being able to take on any shape they will. Dopplers are usually kind, gentle creatures that just want to get by, but are persecuted for their changeling abilities.

Zoroark is much the same. Although generally unthreatening, they’re feared in the Pokémon universe for their illusion abilities, able to take on the form of any other Pokémon at will. Plus, they’re sort of like werewolves, and that’s definitely a Witcher thing. 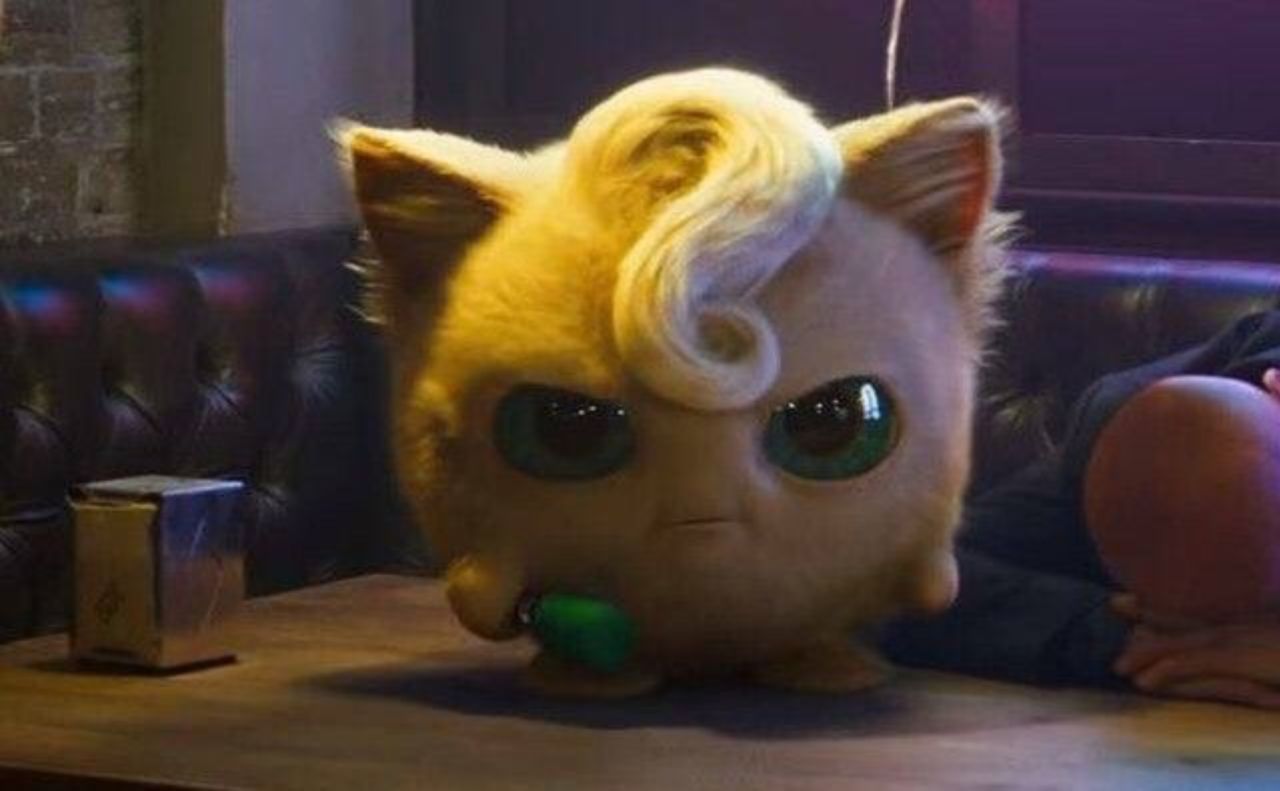 Geralt always has a bard, and in the Pokémon universe, no other Pokémon is as associated with musical talents as Jigglypuff. 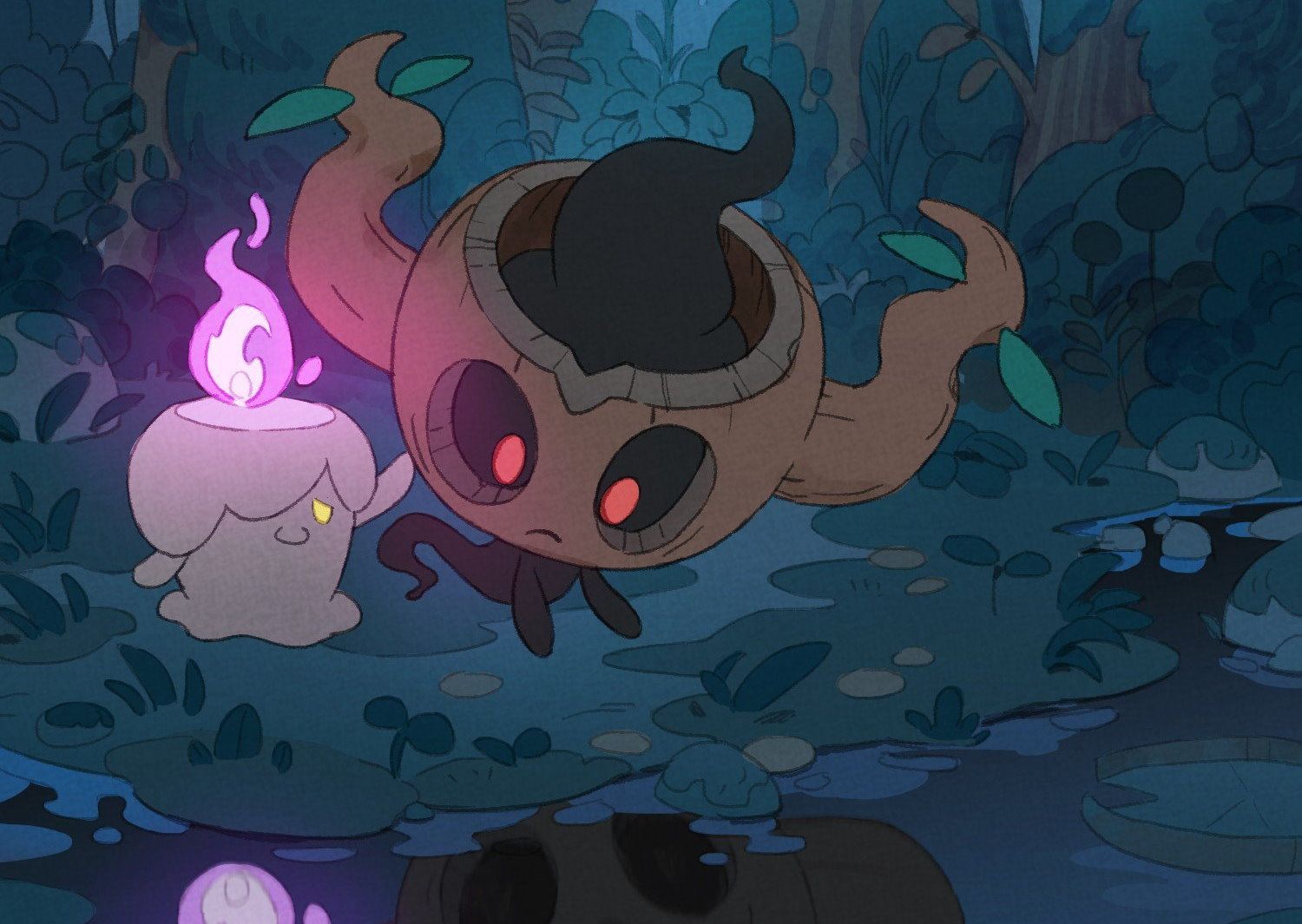 Every true Pokémon trainer needs to have an adorable member, and Phantump is Geralt’s. Phantump not only adds some Ghost and Grass-type moves, but the backstory for Phantump is really on-brand for a Witcher.

Phantumps are said to be the lost souls of children that died in the forest. Their souls then moved into a nearby tree stump that came to life as a Ghost-type Pokémon. A Horror story like that sounds just like an entry in a Witcher’s monster encyclopedia, and on top of that, you can easily see Geralt taking pity on a possessed tree stump and taking it under his protective wing. 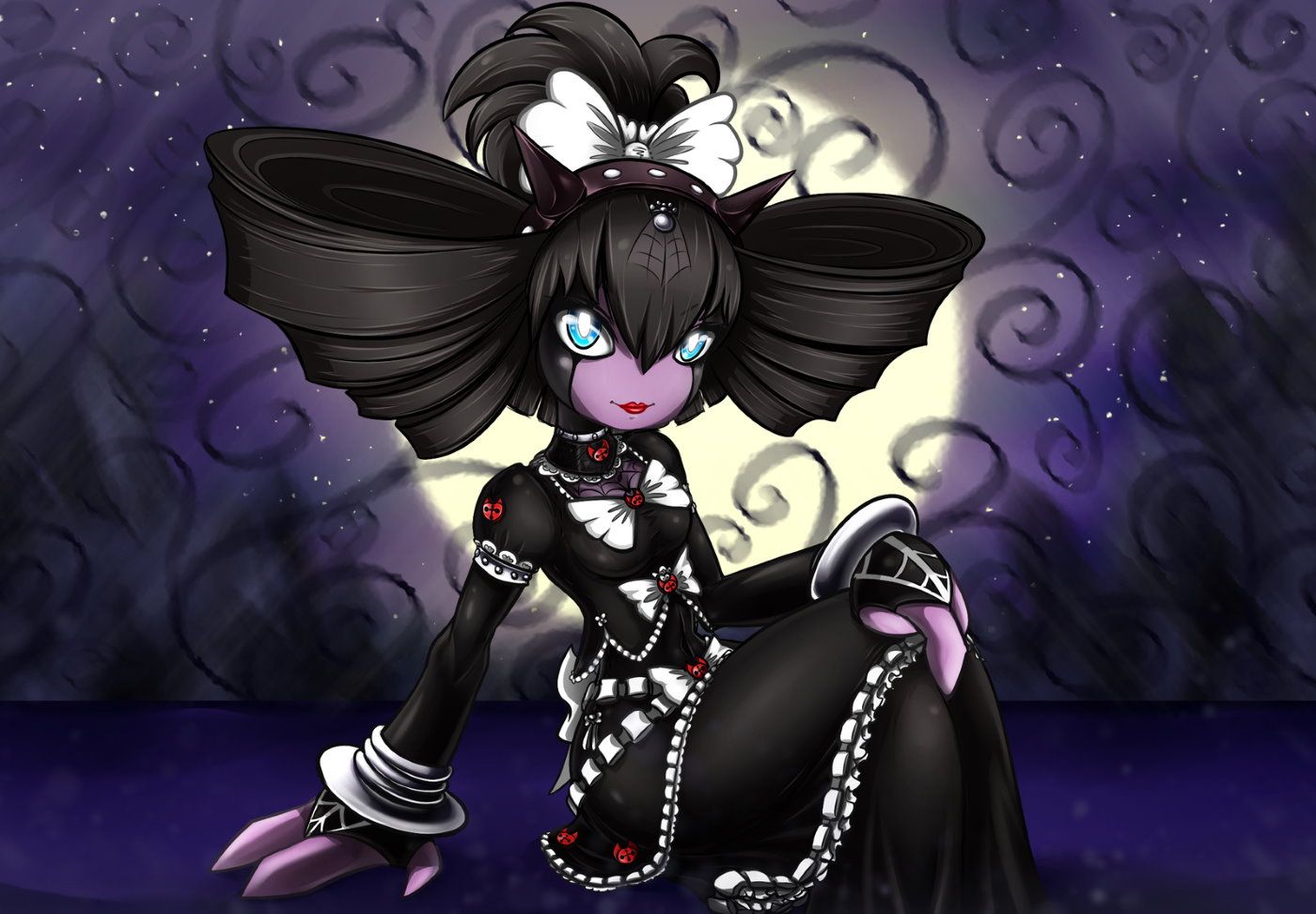 Witchers have some limited magic abilities which take the form of Signs in the games. In the Pokémon universe, magic doesn’t technically exist, but we can get the same sort of effect with the help of a Psychic-type Pokémon.

Gothitelle gives Geralt all the abilities he normally has in-game: telekinesis, limited telepathy, confusion effects, and the ability to lay magical traps. Plus, it sort of looks like a witch. It’s in the name, people. 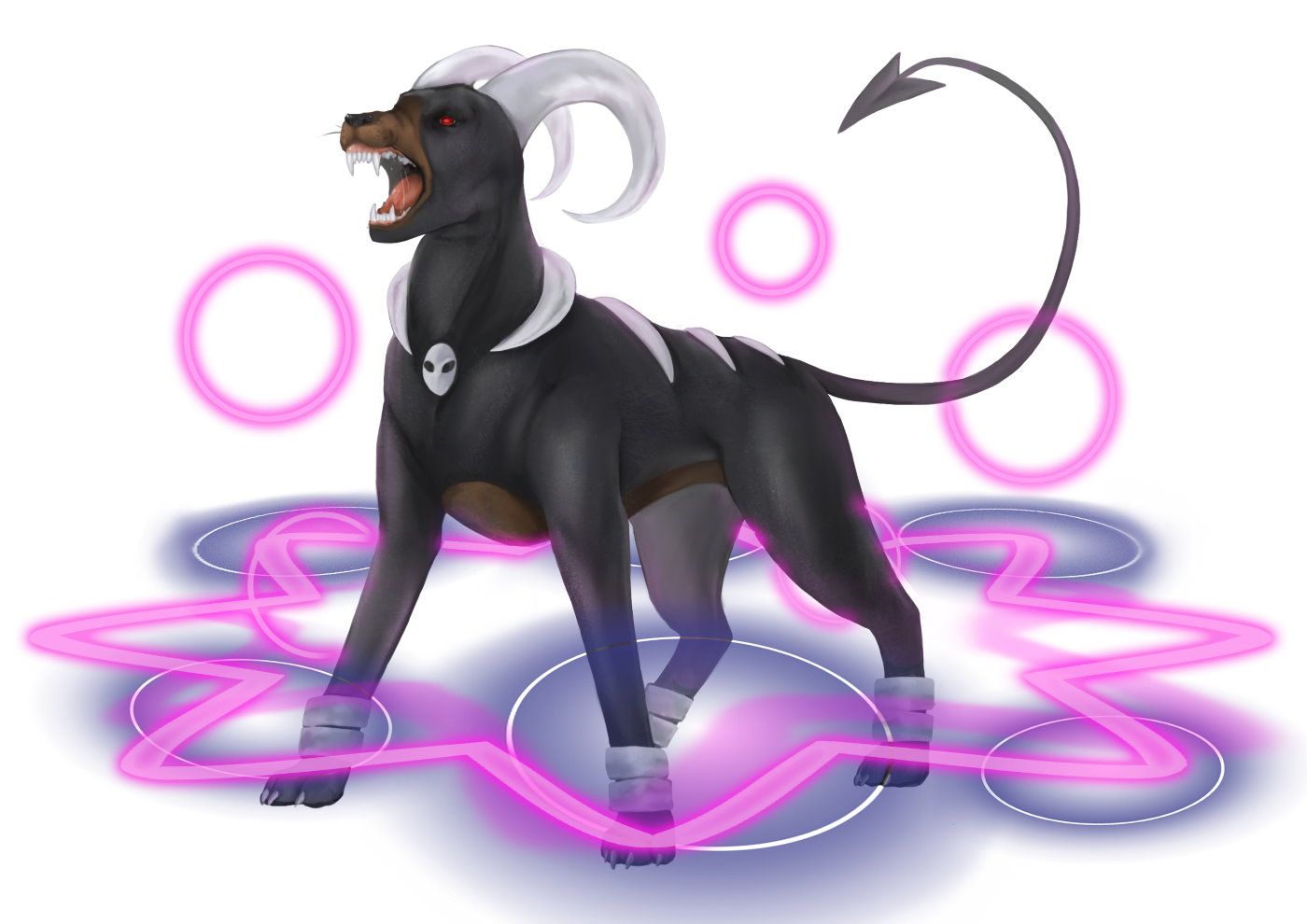 The only magic sign that Gothitelle can’t accomplish is Igni, so we need to have some Pokémon that’ll let Geralt start fires. Houndoom is the ideal choice because it looks like an escaped hellhound. If Geralt were to ever have a pet dog, you know it’d look like Houndoom.

Honorable Mentions: While Geralt is limited to 6 Pokémon in official tournaments, we can totally see him using more. When Geralt needs to get around faster than a horse can take him? Corviknight. He probably also has a Golurk in his backpack from past encounters with wizards and sorcerers. And Doublade seems to be another easy choice to replace Geralt’s twin silver and steel blades.