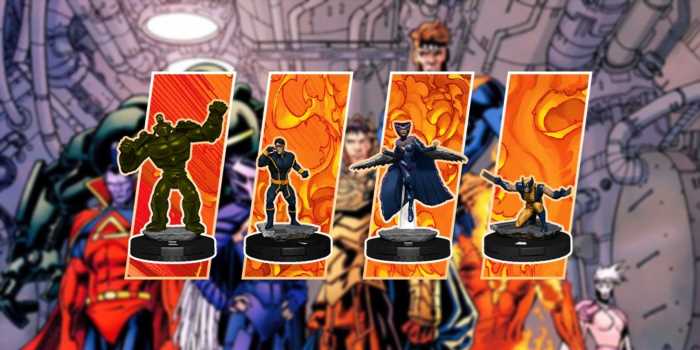 The battle for Marvel Comics supremacy continues with a new HeroClix set. WizKids is revisiting the mighty mutants for X-Men: Rise and Fall. It feels like it hasn’t been too long since we saw an X-Men HeroClix set–in fact the last one was House of X at the end of 2020. That was followed up by the wonderful Wonder Woman 80th anniversary set and Fantastic Four’s weird excursion. Now we’re back to X-Men, with a run that celebrates the Shi’ar Empire.

The folks over at WizKids set TheGamer up with a preview brick of X-Men: Rise and Fall, which comes with one of the shiny new Legacy Cards. Since HeroClix collectors are all about those rares, we’re going to share a glimpse of three Super Rares and a Legacy Card before the set’s July release. 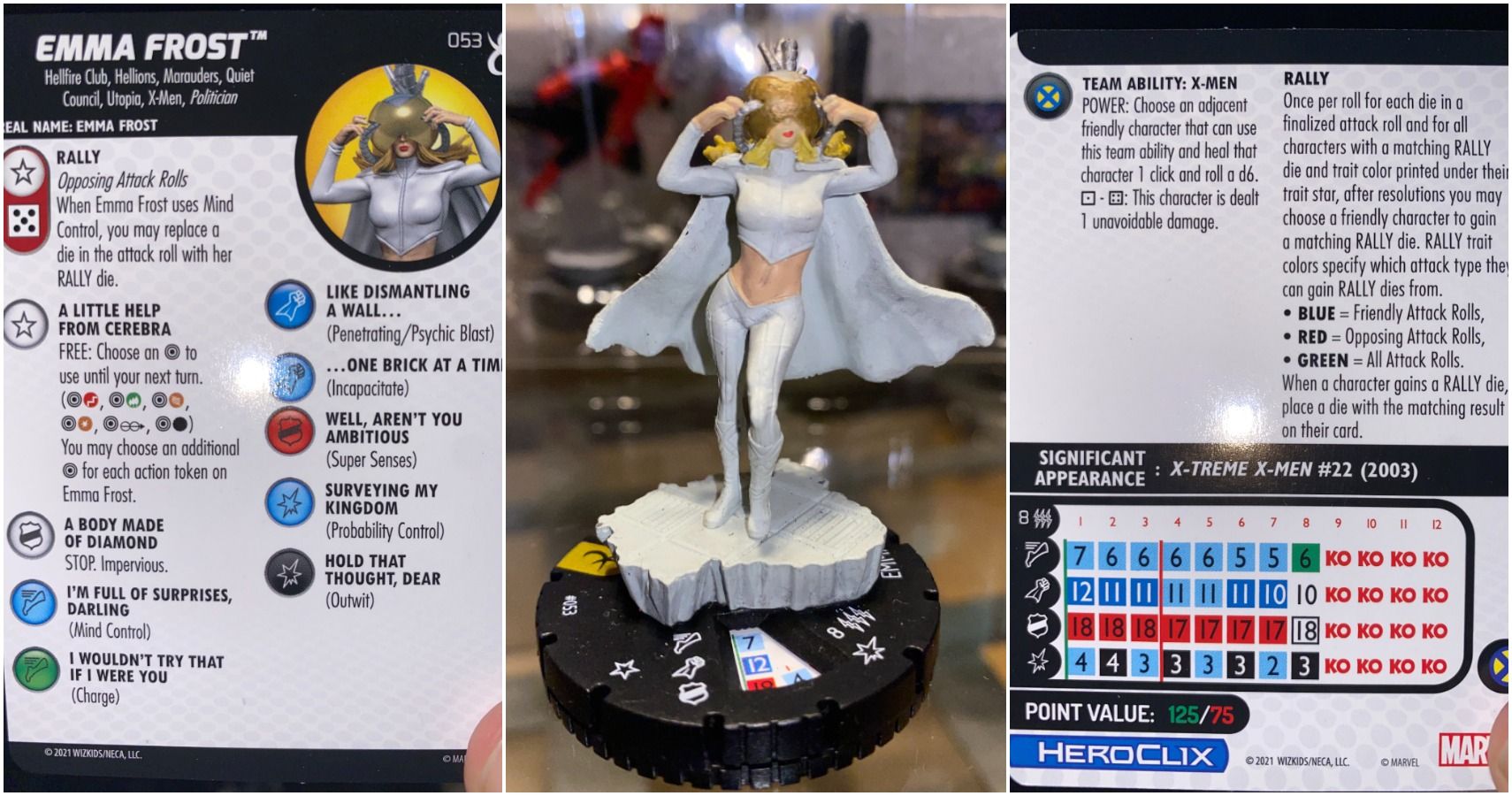 Number 53 of X-Men: Rise and Fall is Emma Frost, leader of the Hellfire Club and sometimes X-Person. Her mental powers and diamond skin make her a force all her own, but this time she’s aided by the Cerebra machine. This lets her use additional abilities based on how many action tokens she has. That’s on top of her usual mind control and defensive abilities. 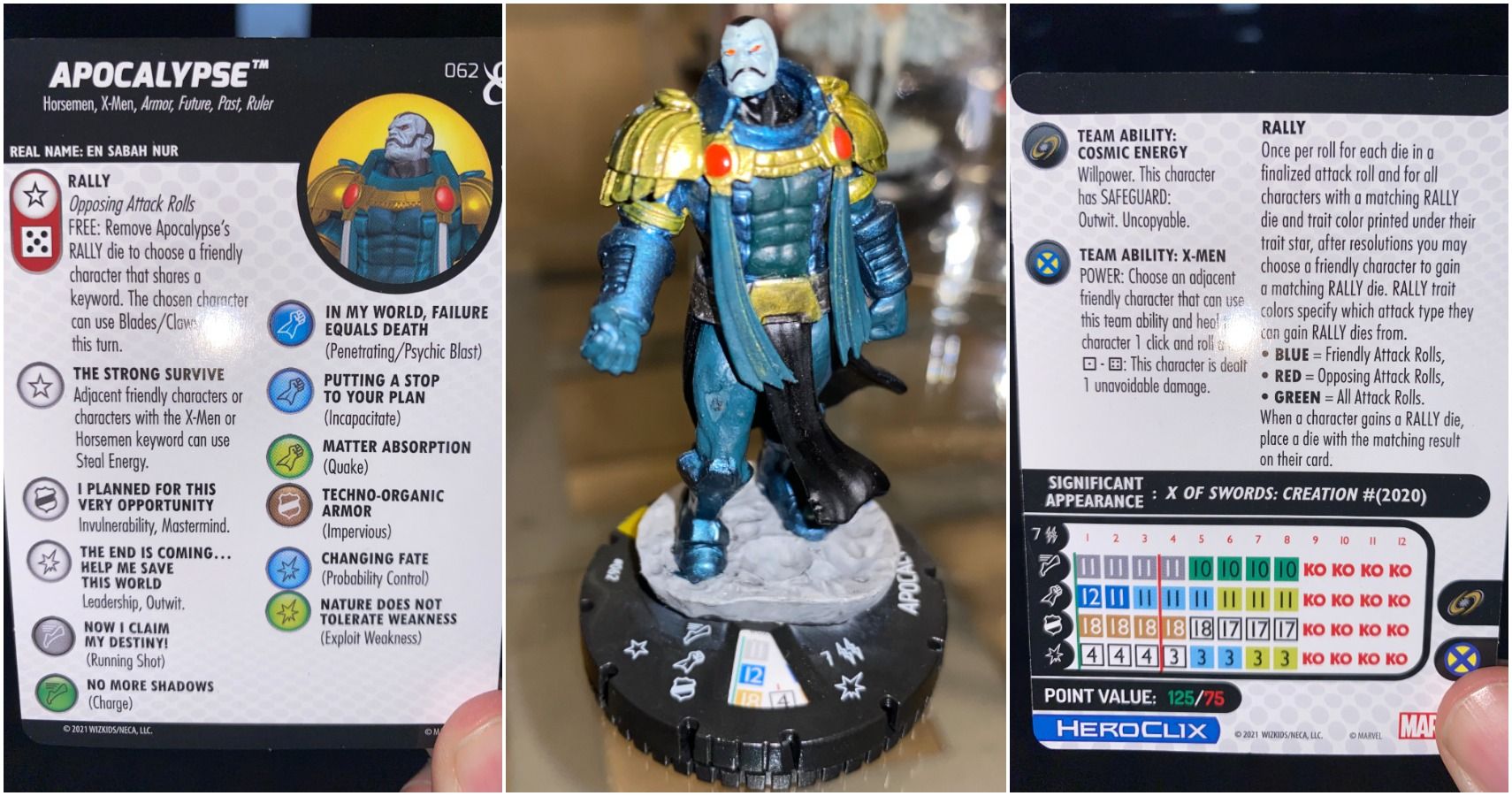 Apocalypse and his eternal sourpuss are back, although the paint job on this figure makes it look like he’s got a sweet mustache. In typical Marvel Comics fashion, Apocalypse has been both nemesis and ally to the X-Men, and his keywords here address that. Aside from the standard Invulnerable and Impervious abilities given to a character of his stature, Apocalypse also has a team ability that work with X-Men and one that can shield allies with cosmic energy. 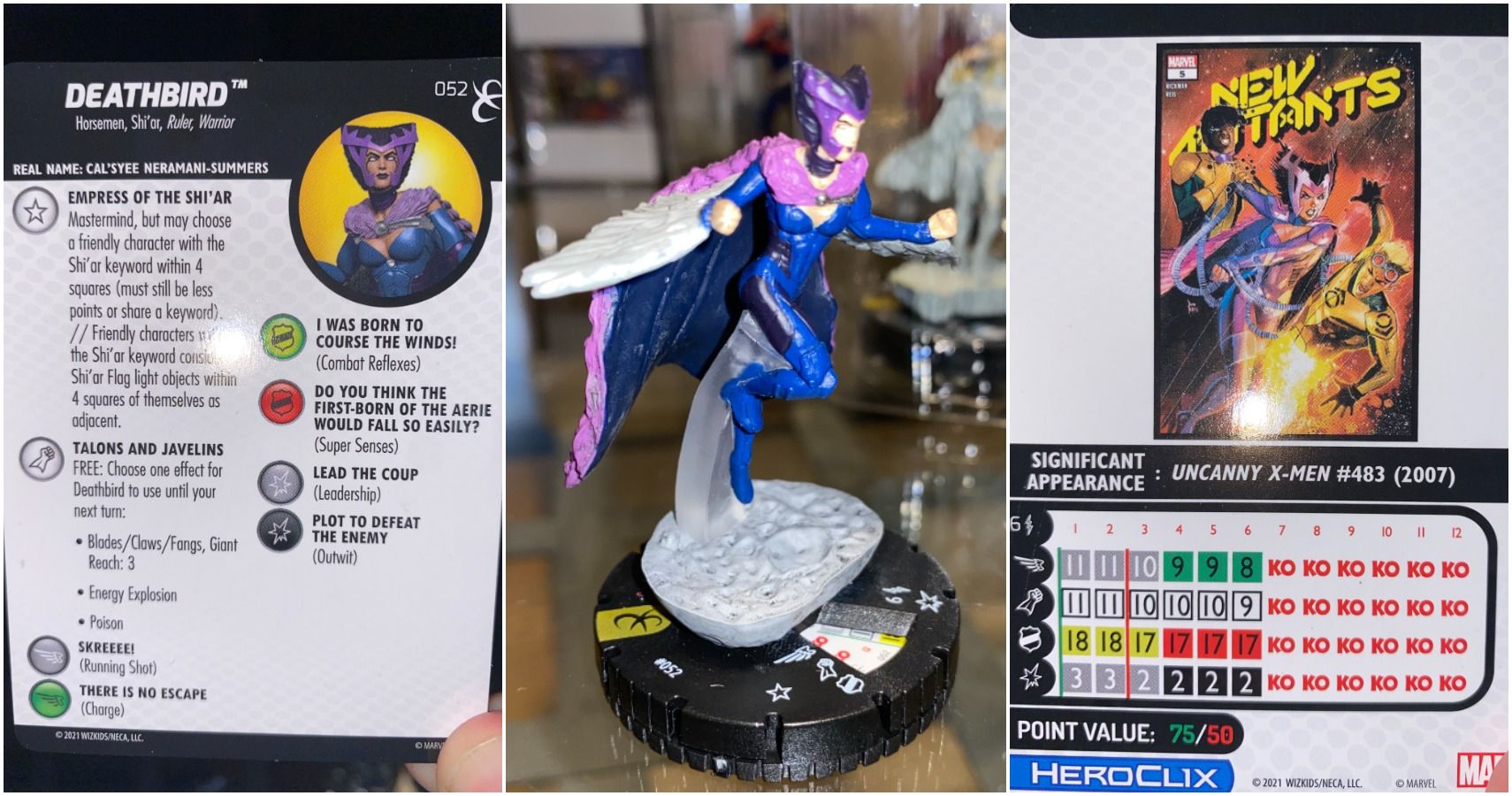 It wouldn’t be a Shi’ar set without the empress of the Shi’ar herself weighing in. She’s got leadership abilities, but it seems like her other powers suit more of a hit-and-run style of combat.

A minor, but interesting, thing to note is that these figures continue a trend seen in the Wonder Woman set. All HeroClix now seem to come with a bit of terrain under their feet. This change might be purely visual, to better set a scene for the character, or it could help balance figures by giving them a more stable place to stand on. It also makes the figures taller, and therefore a little harder to store in conventional miniature cases. Many players might not care, but it does mark a shift in the presentation, and preservation, of HeroClix figures. 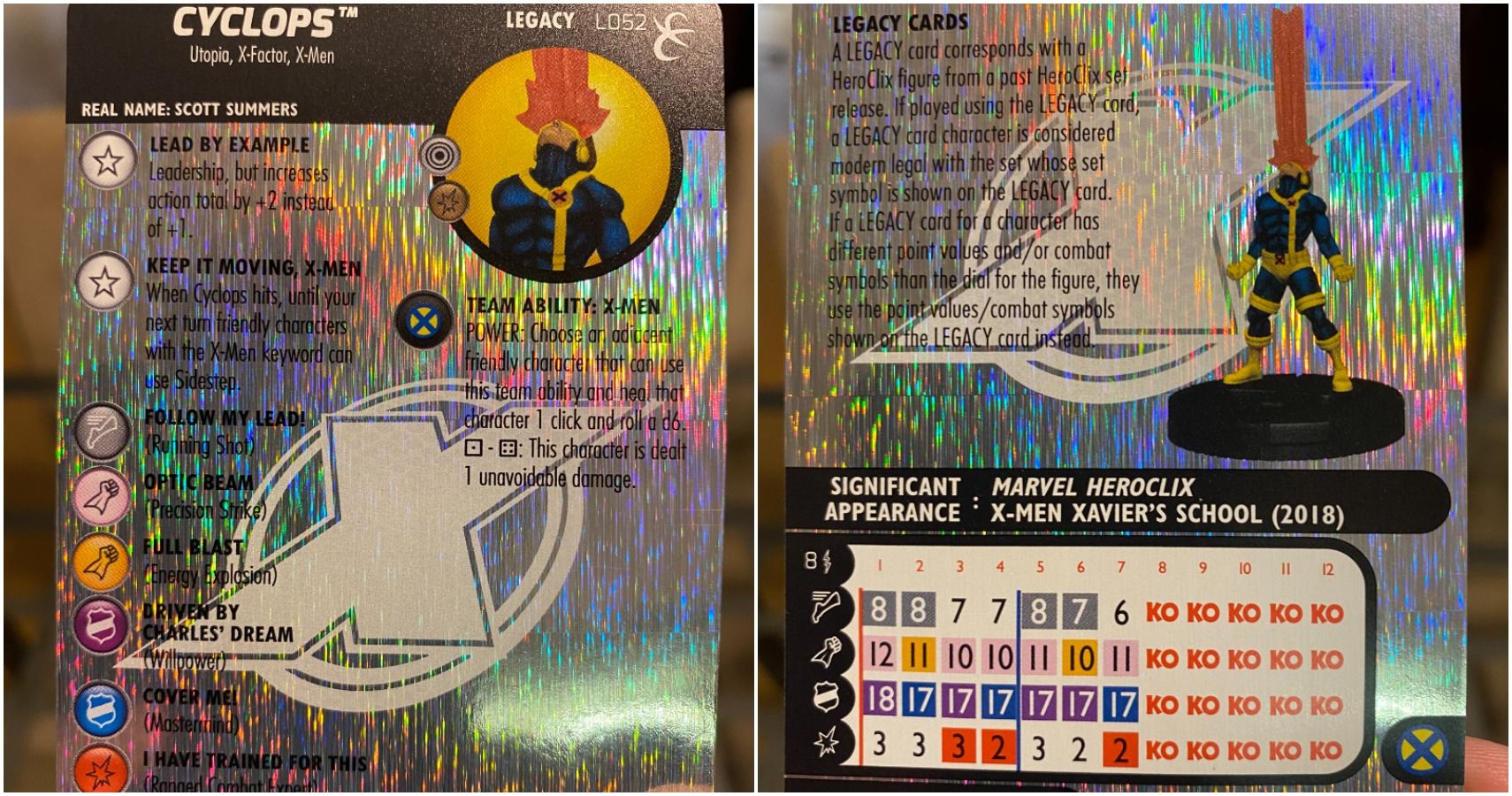 Man, the effect on these cards is cool but really hard to capture in a photo. This card gives updated abilities and stats for 2018’s X-Men: Xavier’s School Cyclops figure. In this version, he has Leadership abilities that increase action total to +2 and give X-Men the Sidestep ability when Cyclops hits with an attack. He also gets the X-Men Team Ability. For all of this, and his new stats, his point cost is now 125/40.

X-Men: Rise and Fall should be up for pre-order on June 30, with an unspecified July release date. Check with your local game store for more information.