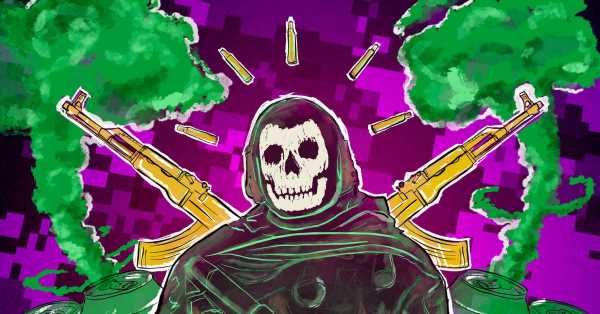 Call of Duty XP 2011 was the first official Call of Duty convention. Activision was gearing up for the release of Modern Warfare 3, the final chapter of the trilogy that propelled the already successful war shooter into mainstream ubiquity.

So, they were feeling spendy. They rented out one of Howard Hughes’ old flight hangars in Playa Vista and converted it into a surreal weekend retreat. Kanye West and Dropkick Murphys played sets on the main stage. Organizers packed the hangar with hundreds of consoles for a massive LAN party. Guests lined up for lunch at a recreation of Burger Town, a fast food joint where Modern Warfare 2 players skirmished with Russian invaders.

Active-duty troops and pro athletes mingled in special exhibition matches. Activision’s then-CEO, Eric Hirschberg, handed an oversized $400,000 check and a trophy made out of rifles to the winners of the company’s inaugural esports tournament. They had zip-lines, paintball, and sumo suits. Armored vehicles parked in the lot for photo ops. There was a wall with a bunch of guns stuck to it. If something didn’t have innate Call of Duty flavor, it was draped in camo webbing.

It was a carnival of war.

I wasn’t there. My first exposure to the event was the Mountain Dew video.

It was uploaded to Mountain Dew’s official YouTube page on September 22, 2011. The video zooms around the grounds of Call of Duty XP, showing off the attractions and attendees while electronic music thumps. The editing is a Tim and Eric-esque fever dream of flourishes and silly transitions. The next month, the video was re-uploaded, unaltered, by another YouTube user — perhaps out of fear that Mountain Dew would delete the video to spare itself the embarrassment. It didn’t, though. The video is still up.

I’ve watched this video a lot over the last 10 years because it’s really funny. But I think the thing that keeps bringing me back is the palpable unease it makes me feel — the nagging feeling that this whole scene is sort of sick. This extreme contrast between the frivolity of Mountain Dew and the subject matter of the game — which is World War III.

I wanted to really understand that unease, so I looked harder, and I learned a lot.

I learned about the entertainment industry’s cozy relationship with the Pentagon. I learned about a Marine who spent his youth accumulating medals and his final years trying to dismantle the war machine. And I stumbled across what is perhaps the most fucked-up advertisement Jeep has ever run.

This is the story of how Call of Duty turned war into a circus — how it got too weird to be described, and too big to be stopped.