There are lots of moments I’m looking forward to revisiting in the upcoming Mass Effect remaster. The suicide mission, the Citadel DLC, Tali’s loyalty mission, Virmire… pretty much every moment, to be honest. I’ve replayed the trilogy multiple times, but not for years, so I’m sure there’s a lot of stuff I will have forgotten. For most Mass Effect veterans, it’s easy to focus on the big moments. Mass Effect is an epic series with huge, literally world-shaping decisions, and so it’s natural that the attention is on the dramatic set pieces. But what makes these big moments matter so much is that they’re underpinned by the smaller ones – that’s why I can’t wait to have another drink with Dr Chakwas.

Dr Chakwas is – stop the presses – the ship’s doctor. She’s one of the first people you meet in the very first game, and she’s by Shepard’s side for the whole story. It’s easy to write her off as dull, since she’s not a squadmate heading out into battle with a blaster in hand, she’s a human rather than an intergalactic space creature, and she’s not even that involved in the story. Unless you seek her out to talk to her, she probably doesn’t have more than ten lines across the whole trilogy.

If you do go and talk with her though, you get to learn a lot more about who she is, and it’s through this connection – and the dozens of others like this that Shep forms across the games – that the big decisions have power. Worlds on the verge of being destroyed only really matter when you care about the people on them, right? 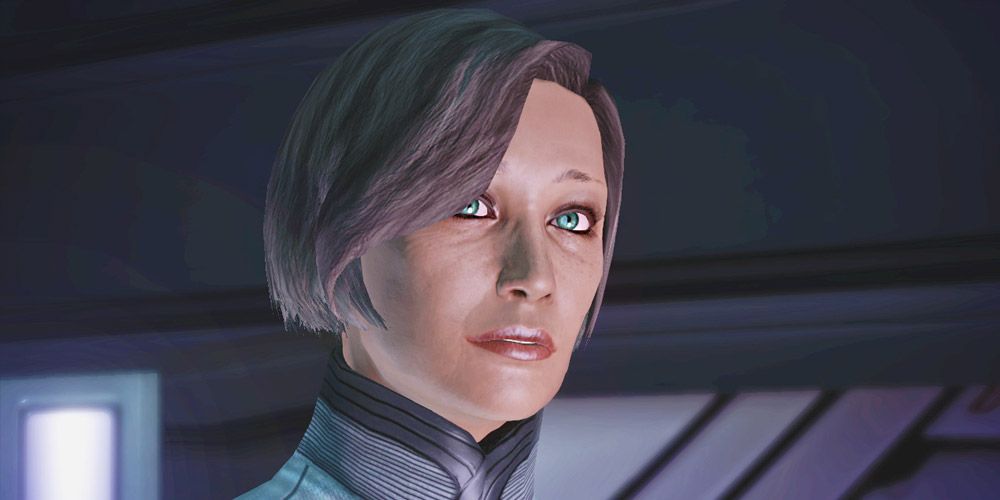 When I last played Mass Effect, I would have been about 20 or 21. Old enough to drink, but like most people who are only just old enough to drink, sipping brandy and chatting wasn’t what I associated with drinking. Now, at the ripe old age of 28, it’s much more my speed, which is why the prospect of a drink with Dr Chakwas intrigues me all the more. Back then, getting her the brandy was just a random fetch quest. I appreciated that I got to know her a little more, but I didn’t really understand the context. This time around, I’ll be ready to sip and listen.

Chakwas is one of the oldest human characters in the game, though she’s on the younger end when you consider the ages of the other races. Liara is 106 and is still extremely young for an asari. That just makes Chakwas more interesting though. Though her age is never confirmed, she looks to be in her 50s – but is likely a bit older, given the advancements made in medical technology by the year 2183. It’s fascinating – she’s in the second half of her life, well experienced in the universe thanks to her job, and yet she’s barely out of infancy by asari standards, whereas by salarian standards, she’s lucky to be alive.

Most of the other characters in Mass Effect are very immediate beings – they could die in battle at any moment, regardless of their age, and they have a clear goal at all times, so they’re constantly fixated on the present. Even those fighting for the future tend to think in terms of legacies rather than their own lifetime. Chakwas, though, is more contemplative, and in between all of the blasting and galaxy saving, I can’t wait to see her again.

Here’s to having a drink at the end of the world.