Anime that pastiche JRPGs are a dime a dozen. It feels like we can’t go a week without some show that riffs on the genre coming out, and for the most part, they all tend to run together. However, one choice show this season has managed to come out on top, thanks in no small part to the controversy surrounding it. That show is Interspecies Reviewers, a fairly debauched and completely hilarious anime sex comedy.

For the unfamiliar, Interspecies Reviewers follows an intrepid group of explorers who fall under various RPG tropes. You’ve got your scrappy human warrior, a beastman, an elf, and a cute little intersex angel. While this roster would lead you to believe you’re about to buckle in for a bunch of rote fantasy fights, nothing could be further from the truth. Because you see, the biggest battles in Interspecies Reviewers are done in the bedroom.

That’s right, this is a show about one thing and one thing only: sex. Each episode involves a quest to seek out different monster girls and do all sorts of nasty things with them. Demon girls, animal girls, fairy girls, slime girls – it doesn’t matter. There are all sorts of wacky and raunchy escapades in this show, and they’re almost always hilarious.

First and foremost, the basic concept of the show repeats the structure of countless JRPGs. The idea of a party picking a certain monster and going to “defeat” it is the basic conceit of entire games, and seeing such a cheeky riff on it here is pretty great. There’s a bit where an elf casts a support spell on the protagonist, just so he’s completely buffed to get down with an army of dangerous lilim girls. If you’ve ever played a role-playing game, you know that feeling of getting all your buffs in before squaring off against a strong foe, and seeing it put in a smutty context is patently hilarious. 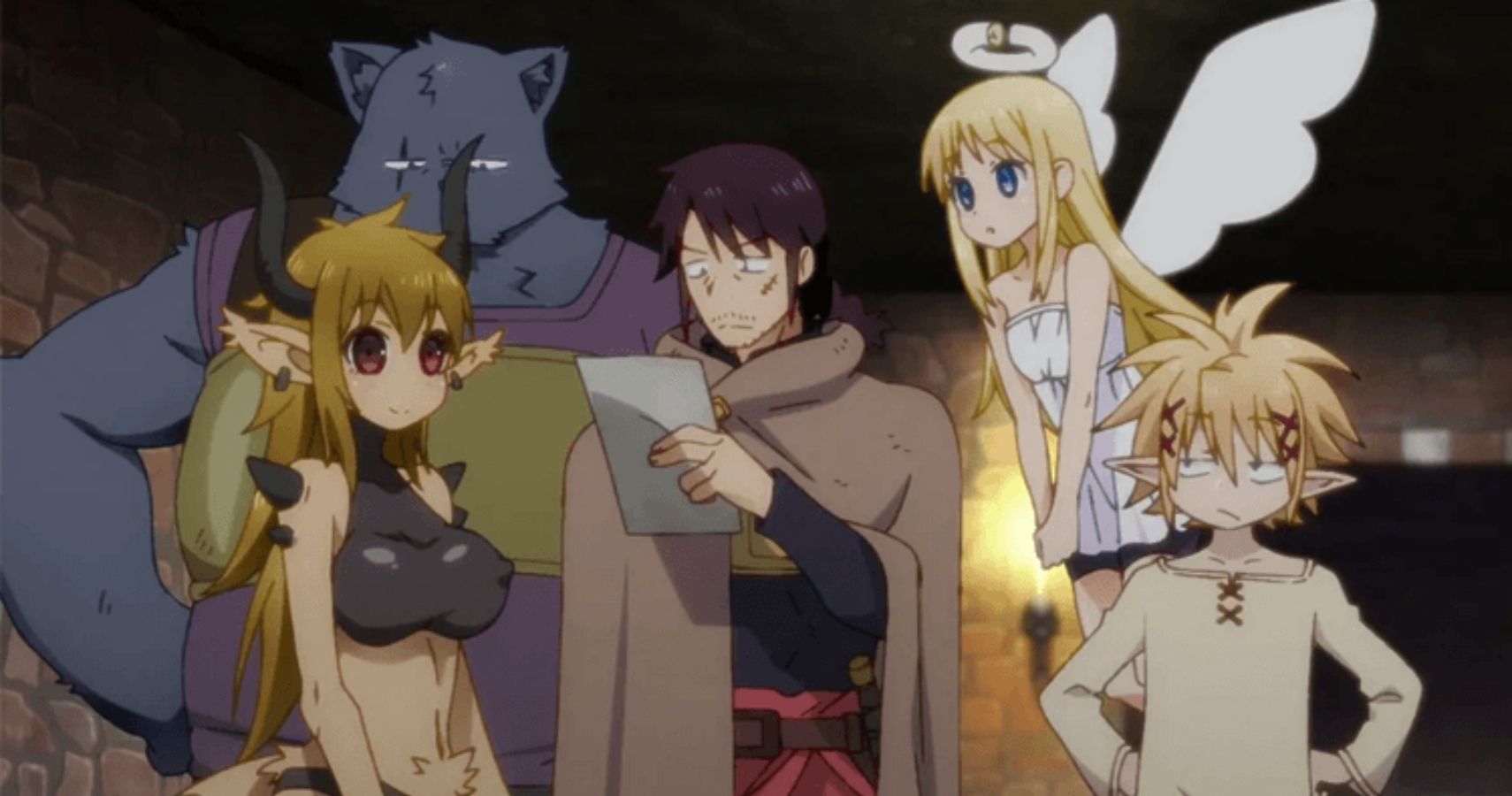 Secondly, there are all the monster types on display here. Practically every monster girl is some kind of riff on preexisting JRPG enemy types, and seeing the sheer amount of thought that went into making these designs sexy is pretty great. My personal favorite so far is the slime girl, who does, uh, “combat” with one of the protagonists during a genderswapping escapade. Seeing a generic slime turned into a well-endowed, enthusiastic sex worker is hilarious beyond words, and the ways that the writers take advantage of her copious amounts of translucent ooze must be seen to be believed.

Lastly, there are the little nods to gaming culture that make it very clear what Interspecies Reviewers is going for. There are slapstick moments where characters get smacked in the face, only for damage numbers to pop off them – a la any RPG ever. Not to mention that each episode culminates in the protagonists reviewing their sexual encounters on a numbered scale, then posting those in a local bar. Yes, it is, in fact, just the Famitsu system of reviewing games – only applied to bedding monster girls. Cute!

Interspecies Reviewers is very deliberately pitched at RPG nerds – a sexy, silly, and sex-positive spoof of a beloved genre. Putting aside the very goofy controversy the whole thing is mired in, it’s one of the season’s best shows, and something that any JRPG lover should give a whirl.