Team Rocket are so gay. You don’t look that fabulous in uniform with pink and blue hair without landing on the queer spectrum somewhere – it’s just not possible. I mean, of course James has blue hair and pronouns in the bio.

I’ve crafted a headcanon where Jessie is dating Ash’s mum and living her best lesbian life while James is roaming the land as a flawless bachelor, although given his sarcastic personality and peerless fashion sense I don’t think any man is worthy of his charms. This leaves us with Meowth, the talking Pokemon who completes this imaginative team and compliments their unpredictable antics with a commentary that is only possible from a straight best friend.

We’ve all got one – a lovable guy or gal called Brad or Sarah who turns up to parties with their also straight partner. They’re both lovely, but find themselves in a friend group filled with gays, lesbians, trans people, and non-binary folks who are just vibing. Even if they seem like the ironic outcast in situations like this, such friends are just happy you’re living your best life, cheering you on from the sidelines and doing everything they can to support you. 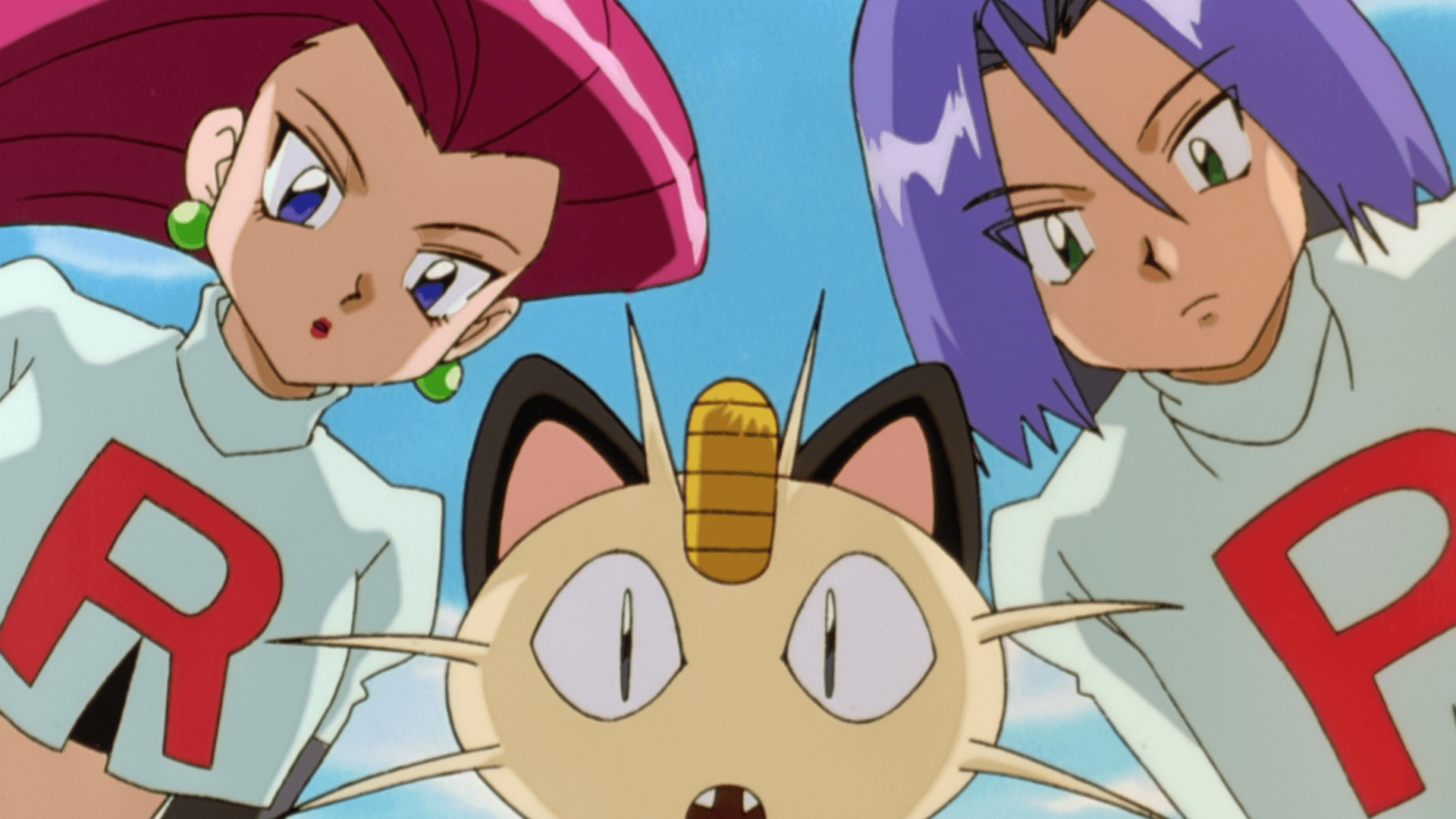 Meowth is just that. I’m sure he, Jessie, and James have their differences – but the three always reunite after blasting off again to piece together another scheme to kidnap Ash’s Pikachu and make some quick profit. That was their prime directive in earlier episodes of the anime, but Sun and Moon and other current iterations of the show and films allow them to shine in such a different way. Bouncy animation and playful character expressions make them so much more fun to watch, whether they’re coming up with schemes or just having fun. Meowth is at the centre of this, his juxtaposition to Jessie and James’ chemistry helping him stand out and feel like an obtuse puzzle piece all at the same time.

I think their dedication to disguises sits at the centre of this idea of Meowth being such a darling straight boy. Over the past few decades the trio have donned hundreds of different outfits, each fit both managing to slay and be contextually relevant to whatever adventure they’re currently embarking upon. Jessie and James always match, whether they’re dressing up as a pair of newlyweds, doctors, police officers, bikini models, or even plants that blend into the environment. They always look stunning, while Meowth has to try his best to live up to an enviable level of fashion by piecing together whatever he can. I bet they make the outfits themselves, which can’t be cheap given they wear a new one literally every week.

Meowth is often seen standing by the side or beneath his two friends wearing a ridiculous outfit, but slaying nonetheless, as he outlines another evil plan or at times even offers to help Ash and friends to translate Pokemon language or get them out of a scrap. Team Rocket – at least in the context of Jessie, James, and Meowth – aren’t really villains in the traditional sense, and think this identity helps make them so lovable, especially in later iterations. 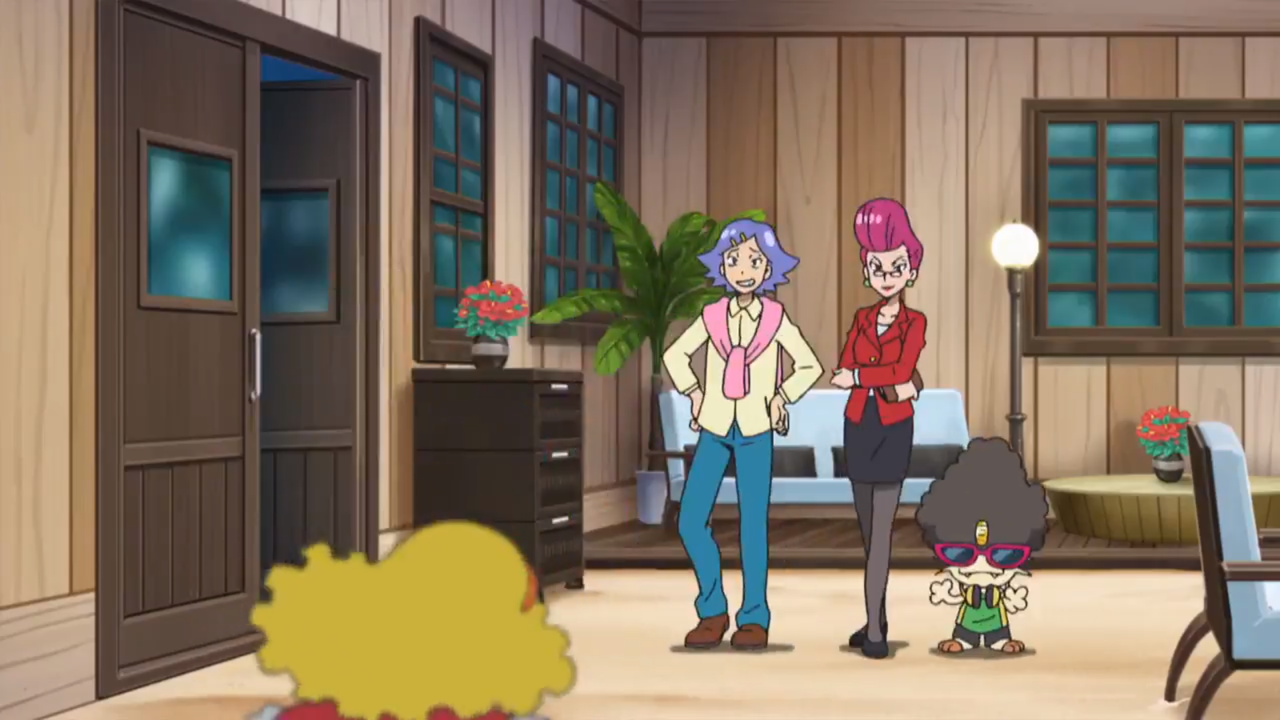 I can’t get over how silly he looks in Sun and Moon, with one particular disguise cementing him as a straight best friend with a twisted take on fashion. Jessie and James strut into the scene with excellent hair and nicely fitting suits, while Meowth is awkwardly positioned off to the side with an oversized afro, sunglasses, headphones, and an assortment of clothing that I can only associate with a failed rapper. Gosh I love him so much, his personality shining through so brightly through aesthetics alone. He’s goofy, silly, and Team Rocket wouldn’t be the same without him. I really should rank their outfits one of these days.

If you have a straight best friend in your own life, just remember that they’re always trying their best to support you and encourage your chaotic queer lifestyle – just like Meowth.