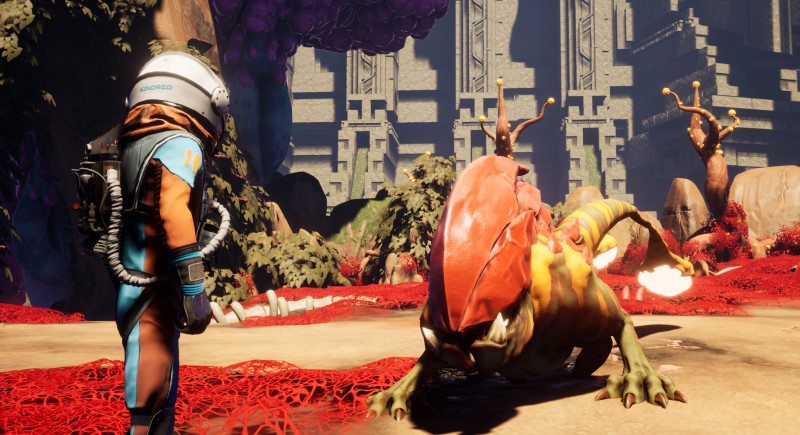 Alex Hutchinson has had a bit of a strange journey in game development. As the creative director behind games like Assassin’s Creed III and Far Cry 4, Hutchinson clearly likes big open worlds and traveling across natural sprawl. This makes complete sense the first time you boot up Journey to the Savage Planet, Hutchinson’s new indie title which puts players in the role of a planetary explorer.

Players work for exploration agency Kindred Aeorsopace, which investigates terraformable planets which sends their employees out to planets to explore how hospitable these globes might be for human habitation. The demo I played brought us to a planet that had been somewhat explored already, giving me a waypoint in the distance to fully map the planet out.

In that way, Journey to the Savage Planet is similar to No Man’s Sky, but without the randomization aspects. The planet I was on was not procedurally generated, it was designed by people with designated areas for stat upgrades, enemy spawns, and general exploration. This also means the planet can be divided up into different areas in logical ways, allowing players to actually solve the world around them. 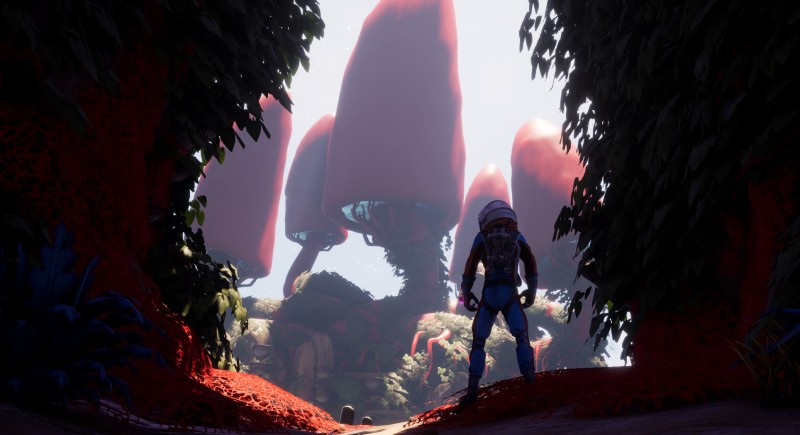 Every life in Journey to the Savage Planet starts aboard your ship. Now you could easily jump straight to the planet surface and begin your adventure, but you would be missing the real start of the game: the commercials. On a TV screen on the ship, you can load a commercial each time you respawn, which advertises a space-age product or service in full-motion video. They’re surprisingly hilarious and worth watching and it makes the deaths sting a little less.

And things will definitely kill you. Enemies can vary from docile and non-aggressive goblin monsters to flying bugs that will stick stingers through your face. You have access to a gun, which is little more than a laser pea shooter, and a melee attack that does about the same amount of damage. That is to say, early on, it’s better to avoid fighting aggressive enemies as you get to your goals.

While my demo time with Journey to the Savage Planet was short, it did appear that was the main idea of the game: make it to goals. In this case, my waypoint for my next exploratory point was up on a steep cliff. The problem for me was to figure out how to get there. Along the way, you get stat-building items and catalog the unique wildlife, but the ultimate goal is to get from point A to point B and it is never as easy as a straight line. This task proved surprisingly complicated as I ended up platforming across a windy valley, trying to navigate a surprisingly circuitous path to a landbridge, and ultimately running out of time just ahead my goal. 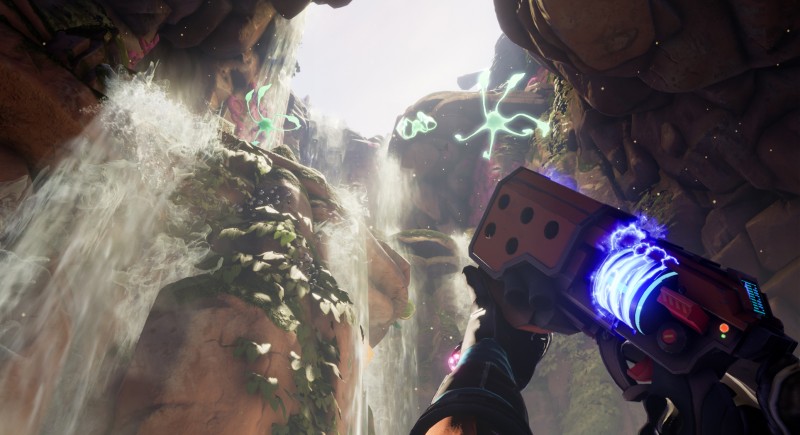 While it was hard to get a taste of the game in the short time I had, I definitely got a better sense of its structure. It is trying to chart a path through design and non-linearity while letting players chart their own path. It remains to be seen how successful the game will be in the long term, but as an indie exploration title, it appears to be going somewhere interesting.