I’m in a complicated relationship with League of Legends. For all its toxicity, it’s still something I frequently subject myself to in my pre-made group of five. It’s a game some of my friends and I really connected over a decade ago, though it’s probably caused me just as much grief as it has happiness. In my constant push to try and separate myself, Riot will add a detail or two that ultimately always pulls me back in. In these last couple of years, I’ve felt more drawn in by champion redesigns and a new, fleshed-out approach to the MOBA’s lore. And just when I felt like I was beginning to step away again, Riot revealed that one of my favorite champions, Leona, is in love with Diana.

I’m a sap. I’ll play damn near anything if you dangle a little romance in front of my face. I’m the type with head canons and will ship folks together in series devoid of romantic encounters. For most of its life, League’s lore was relegated to a few paragraphs of champion bios and forgotten blog posts, but the lore reboot and music videos have been a breath of fresh air. League is still no story-heavy RPG, of course, but I’ve been excited to add a little depth to the pool of champions I take to Summoner’s Rift. Leona is one of my staples, and hearing about her encounter with Diana sent me into a swooning, gushing, fangirling fit.

A few years ago, Riot teased that the souls in Varus – Valmar and Kai – may be a gay couple. I was a little frustrated we didn’t get much more than a little hint, but Riot went on later to confirm Neeko is a lesbian who once had feelings for Nidalee, she just didn’t reciprocate. I’ve grown a little frustrated with the handling of queer characters, but the story between Leona and Diana was beautifully written, and I’m keen to learn more about their life together. 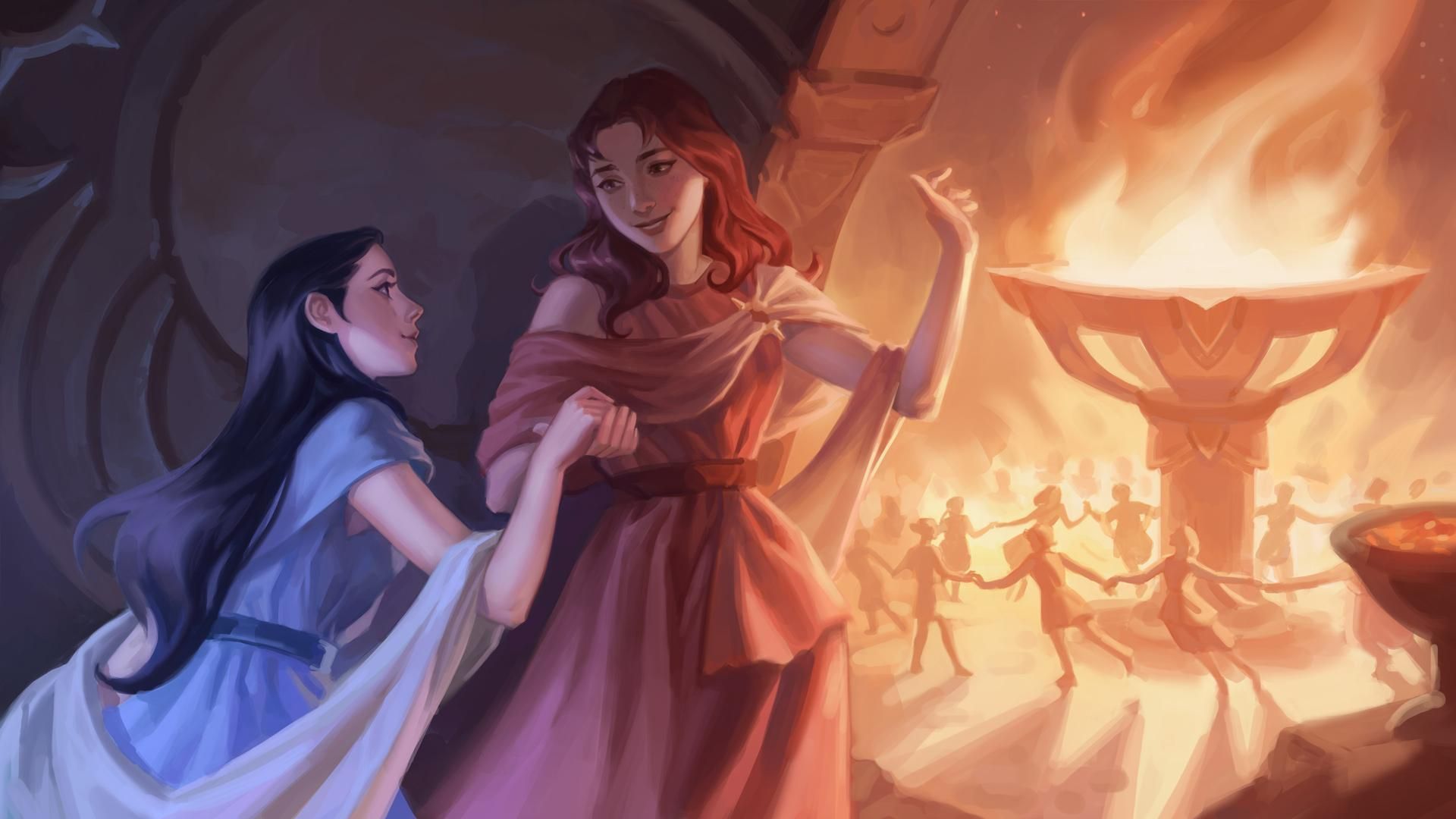 If you haven’t read it yet, it’s a wonderfully executed series of diary entries from the perspective of both Leona and Diana. Rise With Me by Dana Luery Shaw slowly chronicles how Diana and Leona fall in love during their time together as students at the Temple of Auroral Triumph. Leona is beloved by all, while Diana copes with the reality of being an outcast. After a tumultuous back and forth between the Sun and the Moon, Diana finally agrees to go to a festival with Leona and they share a kiss. Even though we know this doesn’t take a particularly happy direction, I’m hopeful that their story doesn’t begin and end with a single Pride Month update.

Ultimately, what I’m keeping my fingers crossed for will be more of these updates, and maybe something into League’s extended universe. It’s no secret that Riot is expanding where it will tell the stories of League of Legends champions, and the company will release a turn-based RPG, The Ruined King, at some point. While Diana and Leona aren’t listed as any of the champions set to appear (for now, at least), I’m eager to see if Riot continues these spin-offs outside of Bilgewater and the Shadow Isles.

And everything doesn’t end with a chance in the Ruined King, either. Riot has produced a series of one-shot comics chronicling the adventures of some of League’s other beloved characters, and there’s a whole k-pop group with music videos dedicated to them. These are the moments I’m hoping for. I want more media where Riot centers its only lesbian couple.

Honestly, I think it’s a pretty reasonable request. I don’t want Leona and Diana to be something delivered just for Pride Month, then quickly cast aside, and I’m staying hopeful Riot won’t do them dirty like that. Until then, I’ll keep my fingers crossed and hold on, dominating my next few games with the queen of crowd control – and Diana’s heart – Leona.