After finishing Life Is Strange recently, I can safely say that it is one of the greatest games I’ve played. The way that the brilliant indie soundtrack combines with complex character relationships and moral dilemmas easily made it one of the titles I’ve been the most emotionally invested in. Furthermore, the way that Life Is Strange sets up choices and consequences is the best I’ve experienced in gaming.

But despite my enjoyment, I had a problem feeling comfortable with Chloe. This surprised me, because there were a lot of aspects about Chloe that I was drawn to. I loved her bluntness and her unwillingness to take shit from anyone. I also loved her style, with her blue hair and tattoos. In a lot of ways, I genuinely admired her.

That said, I was continuously peeved by how she treated Max. Now, before anyone gets too upset, I completely understand that initially, the turmoil in their relationship was Max’s fault. By disappearing and not keeping in touch for several years, Max made Chloe feel like she didn’t matter to her, which is terrible, since she considered him her best friend. That said, Max owns this, apologizes, and does everything she can to make up for it. If Max showed signs of denying responsibility or getting annoyed at Chloe for being upset, this would be a vastly different article.

What was bothering me was not that Chloe didn’t instantly forgive Max. If that were to happen to me, I certainly wouldn’t be able to move past it right away. But what I noticed while playing the game is that Chloe seemed to not make up her mind as to whether she actually forgave Max. Sometimes she would make comments about being happy that Max was there, and they’d be working towards a better relationship. But in other moments, Chloe would jump straight back into “yeah, well you left me” rhetoric, and that just wasn’t fair to Max.

To be honest, I actually get where Chloe is coming from. I’ve spent a good chunk of time acting exactly like Chloe. After I was wronged by people, but still wanted them in my life, I would tell them that we could move past it after they’d apologized. But then I’d turn around and be the person dredging up the past again the next time I got upset over something new. In fact, it wasn’t necessarily even intentional on my part, as it likely wasn’t on Chloe’s—the feelings just bubbled up and spilled over because we hadn’t fully moved on yet from what had happened before. 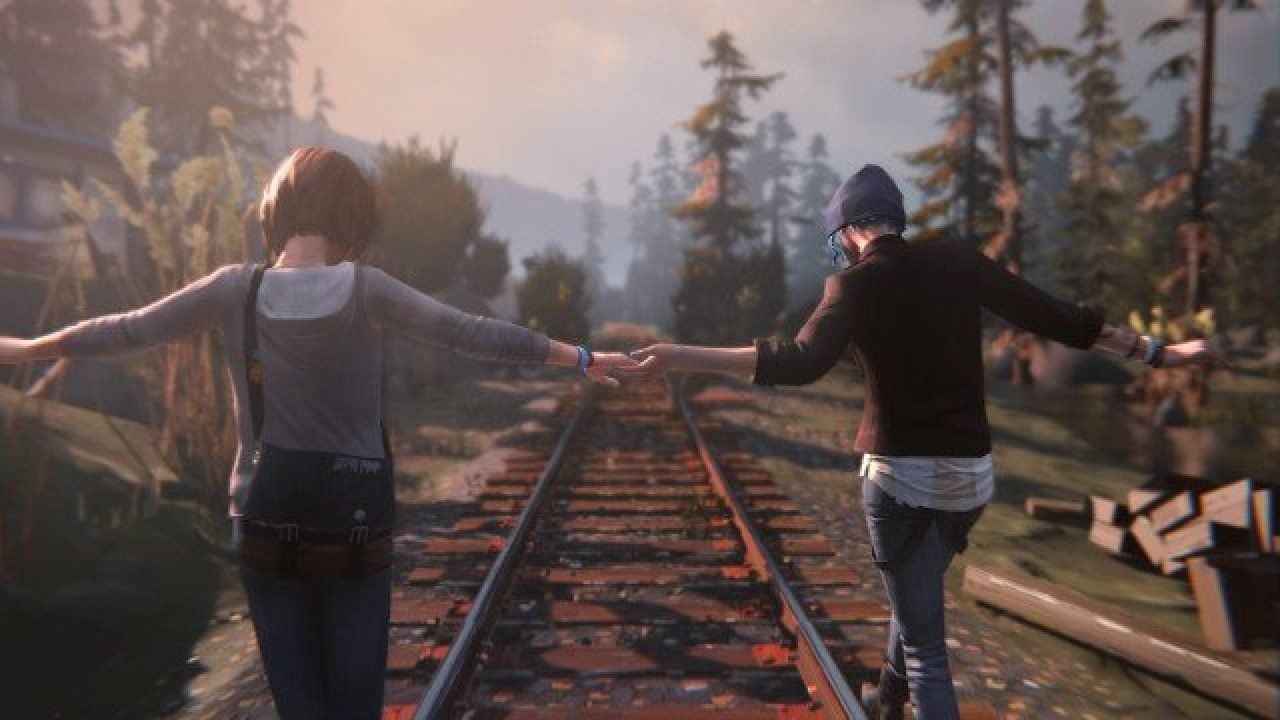 There’s nothing wrong with taking the time that you need to move past a traumatic event. Everyone needs to heal in their own time and in their own way. However, I realized through playing this game and experiencing this phenomenon as a third party that it isn’t right to say you forgive someone and will give them another chance, only to follow it up by continuing to hold their past mistakes over them in a condemning way.

Chloe would be 100 percent justified in telling Max that she no longer wished to have a relationship because of what Max did. She’d also be completely justified if she still wanted a relationship but still struggled with the times that she still felt hurt, as long as she was open about that with Max and gave Max the room to offer her reassurance that she wouldn’t be going anywhere again. But aggressively using Max’s past mistakes against her isn’t fair to Max, despite Max’s past actions.

By the end of the game, though, I still decided to rescue Chloe over Arcadia Bay. Despite Chloe mistreating Max at times, it’s clear that her heart is in the right place, and she’s a genuinely good person who is struggling with dark emotions. Chloe and Max’s flaws are actually part of what makes the game feel so realistic and believable in the first place. Picking up the much-needed reminder on how to healthily navigate through forgiveness in relationships was just a bonus.