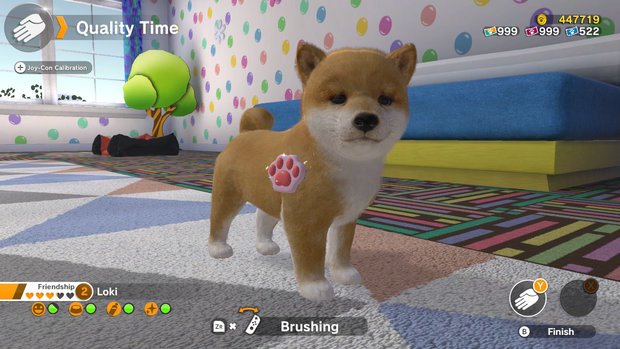 These issues strain your connection with the little friend as you struggle to do anything with them in a meaningful way, becoming more exasperated as frustrated as time goes on. In handheld mode, there isn’t a problem, as all the throws are done with a simple button press.

But the game promises an immersive experience with the joy-cons, and the alternative experience just doesn’t live up to the promise.

Compounding this frustration, there simply isn’t that much you can do with your pet. Outside of throwing toys, you’ll have to keep them fed, hydrated, and clean.

Thankfully, when you’re told that the pet toilet is a mess, you don’t have to worry about virtually scooping any poop, as its all handled with a single button press. In terms of fun activities you can take you dog for a walk, that has you wander through a winding park, occasionally guiding the curious pupper to the little dig sites or signs to mark.

Each of these tasks nets you a generous sum of money, and a stronger connection with your pet, even if it makes you feel quite the opposite. 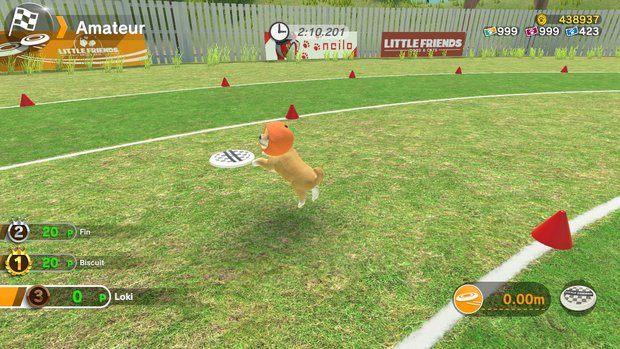 The stronger your connection is with your pet, the more accessories you can buy from the store. These can really emphasise how cute your little friend is, but some of them don’t quite sit right.

Bows for instance float noticeably above the pets head, while some collars hoover unnaturally around its neck. There are a few nice options, including some unseasonably Christmas selections, but a lot don’t look right, leaving your pet much cuter naked.

Once the bond is at level 15, you’ll be able to add a kitten to your adorable stable. Once again the animation for the cats is great. As they slink around the living room you’ll be impressive with just how many different movement animations they have.

But despite this, there isn’t much interaction between you and them. 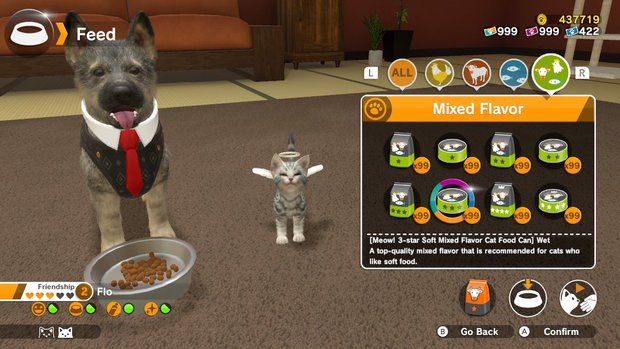 Cats with have fun pouncing on the ball you throw for your puppy, but outside of that you’ll only have the cat wand to keep them entertained. This thankfully works the best of any of the toys, but requires the least.

Waggling one to simulate the feathery end dancing on screen you just have to avoid a particularly nasty looking scratch every once in a while.

With so few games to play with the pets, it’s hard to look past of its more troublesome issues. With more variety of the game, with different toys or activities to keep the game feeling fresh, the occasional frustration would have been forgiven.

The whole experience does work better in handheld mode, but doesn’t feel as good as the tv mode should if it worked properly. In the end, even the biggest puppy dog eyes can’t convince you spend another ten minutes trying to throw a couple of frisbees. 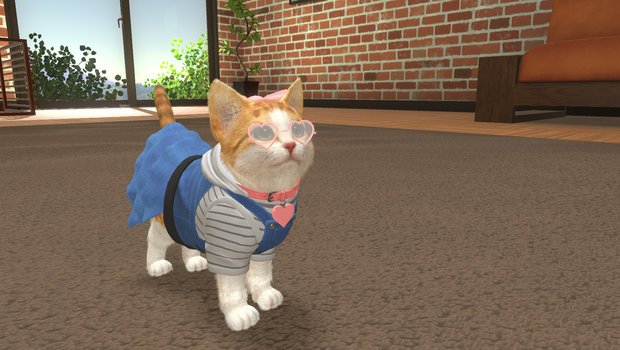 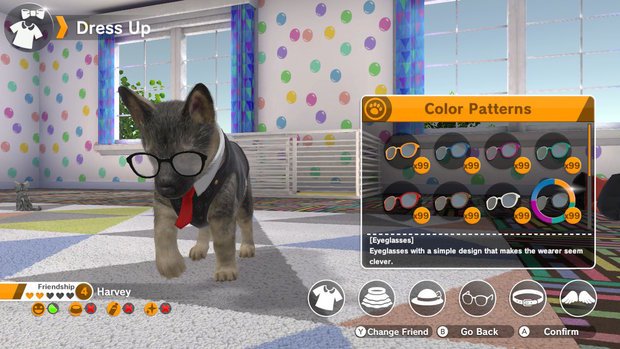 While the puppies might be adorable and the kittens mischievous, the games lack of features and broken motion controls make it more frustrating than enjoyable. Once you’ve done everything once, you’ve done everything, and even the cute little critters running around make it difficult to recommend.