I’m not very clued into what is or isn’t unanimously beloved in the Mass Effect series. It wasn’t exactly a giant part of my childhood like it was for so many others. While people were gallivanting through this sci-fi RPG in the 2010s, I was playing Saints Row and Skyrim – different folks, eh?

Fortunately, Mass Effect Legendary Edition offered me a chance to rectify that, and so far, I’m loving and appreciating this series in a way I doubt I would’ve back then. In particular, I’ve found myself adoring everything about space travel in Mass Effect 2, although I’m starting to get the vibe that it probably isn’t all that popular with other people… different folks, eh?

Maybe I’m wrong, but I don’t particularly want to dwell on that possibility because it was honestly one of my favorite parts of the game. After all, the Mako wasn’t half as bad as everyone cracked it up to be even in the original, non-remastered first game. But back to fuel management and alien probes: Mass Effect 2’s space travel, for the unaware, has you sauntering about in a very arcade-esque representation of the galaxy. You pop in and out of solar systems, jump to further away ones through mass relays, and can visit and chart each planet like you’re some sort of intergalactic cartographer – although why the ship doesn’t have all this sorted out already is admittedly a fair question. Cerberus really went cheap with the Normandy mark two.

Each planet you visit has a different name, a proprietary resource rating, and the potential to feature an anomaly – a hidden, tucked away mission and location. Normally, you can’t actually land on half these planets, but you can get tons of materials to upgrade your ship, weapons, crew, and all the other good stuff. It’s also essential for the final mission of the game, so by charting the entire galaxy, I was inadvertently overprepared for my first time through. It’s an enjoyable little pastime, and there were points where I quite frankly couldn’t be bothered to deal with dialogue and cutscenes, so I’d slap on a YouTube video and fly around in this cathartic minigame of sorts, building up my wealth and finding sneakily nestled gems like wrecked spaceships hanging off a cliff. That one was an atmospheric jaunt that felt akin to the first Uncharted’s river plane, only far more terrifying in terms of scale. I mean, obviously. 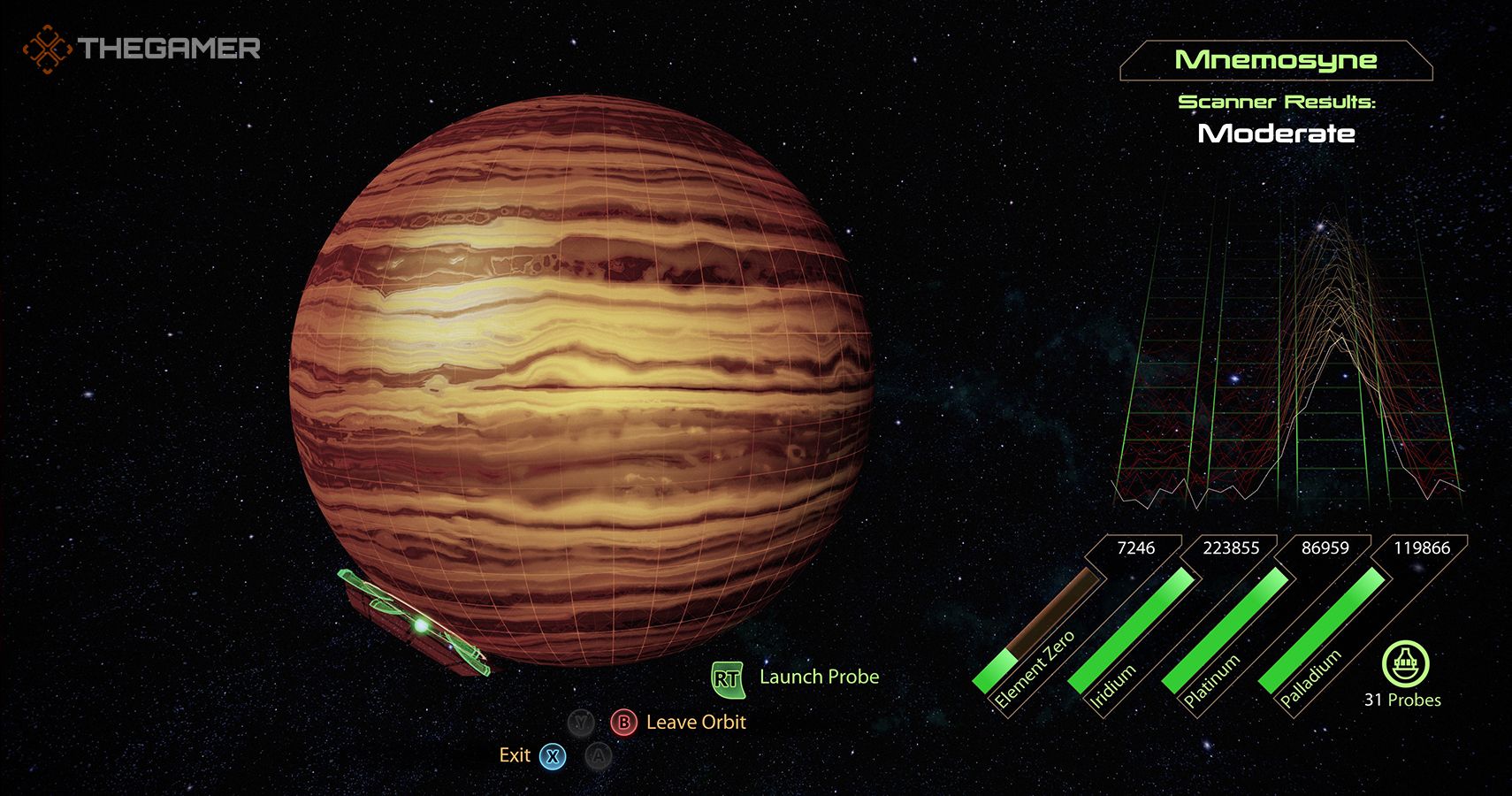 Ultimately, space travel and mineral scanning serve as a relaxing breather in the interim of Mass Effect 2’s story and missions, but they also make the entire galaxy feel more alive, more comprehensible, more real. Through this traversal, everything has a place – you can pinpoint where everything is, where everything belongs. It doesn’t just feel like you’re scrolling through a level list like in Ratchet & Clank. You’re the bona fide captain of a futuristic spaceship as though you’re in Star Trek, roaming the seven black voids. It puts the whole game into perspective, while also retroactively providing crucial context for the mass relays introduced in the first Mass Effect.

That’s incredibly important when you factor in the crux of Mass Effect 2’s finale, the Omega Relay that nobody has been through and returned to tell the tale. It’s this ominous and lingering threat that, with the entire galaxy at your fingertips, suddenly has more presence. You skirt the outer rim and play chicken with it as you build up your team, the Normandy’s capabilities, and your own knowledge, but it’s there, waiting – and just beyond it lie the Collectors. As I said, it’s all put into perspective.

Mass Effect 2 would not be the game that it is without this open space that lets you fly around to your heart’s content. It’s not overtly realistic because it doesn’t need to be. It’s perfectly simplistic and two-dimensional, making it intuitive and easy to navigate. In that regard, it was far ahead of its time because it knew it didn’t need to go balls to the supernova with letting you see every nook and cranny of the black ocean that is the ever-expanding universe. You just need to be able to fly around on it like a plain and simple map, as though you truly are Shepard watching the ship’s course as Joker pilots it. It’s perfect.