I underestimated my nostalgia for Mass Effect as I booted up the first game yesterday. Despite simply sporting a new coat of paint and several mechanical improvements in the Legendary Edition, Commander Shepard’s debut adventure somehow still carries the same weight and circumstance it did all those years ago.

Upon creating my galactic hero, I’m asked to determine their origins, psyche, and abilities in the field – all facets of this character that will inform how people treat them, and how they’ll come to save the galaxy in the adventures to come. Captain Anderson’s narration establishes the meaning of it all, marking me as the only person capable of embarking on a mission that will soon encompass the entire galaxy. The main theme swells alongside a brief wall of introductory text as the logo splashes onto the screen. From here, we begin a space opera beloved by millions, and goodness me the return is far sweeter than I expected.

Shepard confidently swaggers through the Normandy bridge, colleagues glancing upon them as a formidable soldier to be admired as they approach the cockpit, ready to be briefed on a routine mission – one far more sinister than we could ever imagine. I adore how Mass Effect establishes both you and the Normandy crew as hardened veterans, an unstoppable unit who have seen their fair share of combat. This makes the opening section on Eden Prime all the more palpable – it’s seen as a routine exercise, one where nothing could possibly go wrong. However, things quickly descend into chaos. 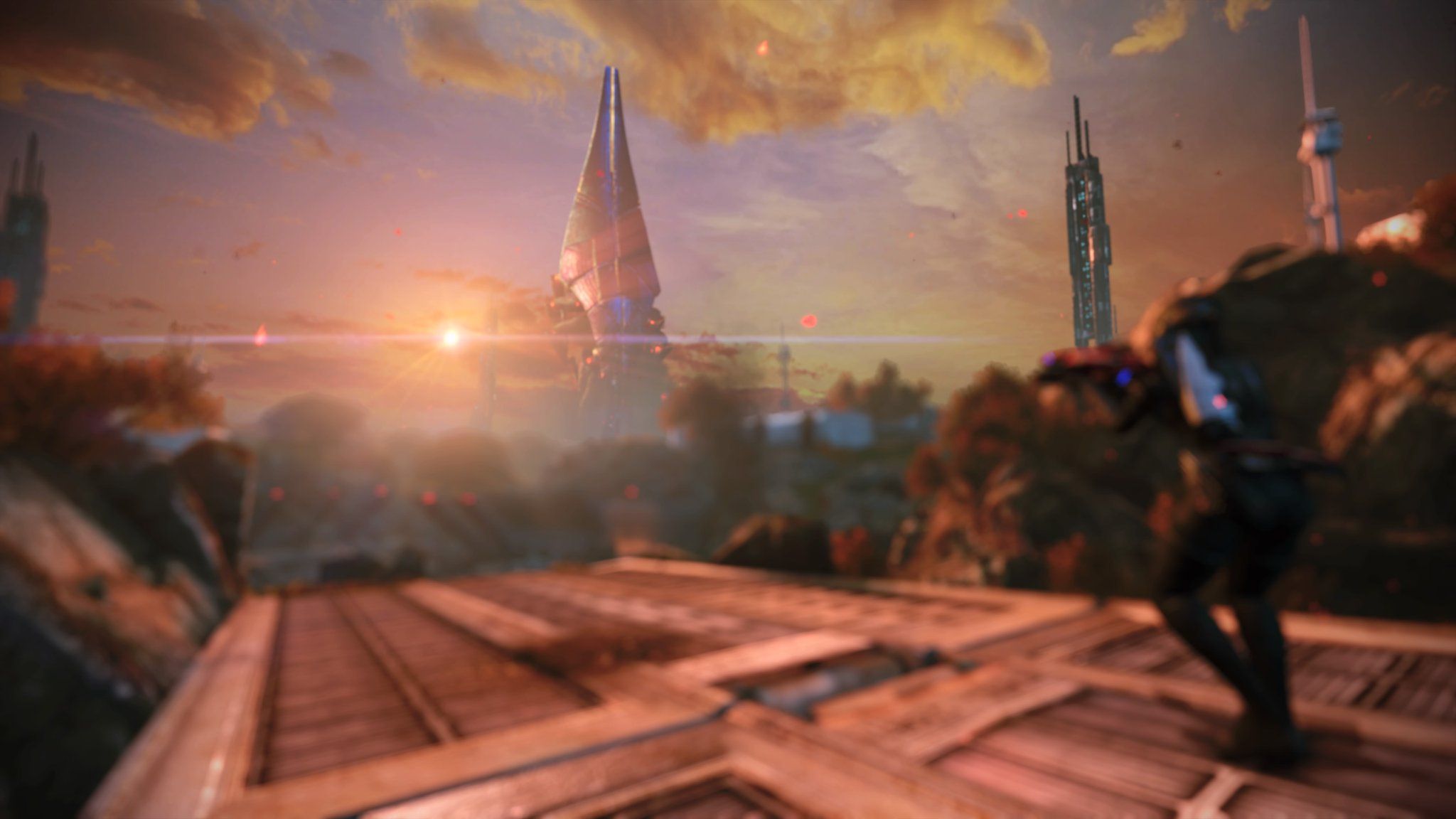 A Spectre – a kind of galactic diplomat and law enforcer – is among the crew, and Captain Anderson makes it clear that we aren’t here just to vibe with the human colonies below. We’re being evaluated for a position as the first human Spectre. Then a message from Eden Prime comes in: a desperate cry for help that depicts our comrades being overwhelmed by an unknown enemy. Our first glimpse of a Reaper appears on screen, but we haven’t the faintest idea of what it truly is, yet the reaction across the room cements it as something to be feared, something to be stopped no matter the cost. So we descend to the fiery planet below, unaware of what exactly awaits us. Spoilers: none of it is good news.

Our first hesitant steps onto Eden Prime are drenched in atmosphere, even if the remastered colour palette takes away from much of the original’s oppression. Corpses litter the ground as the Geth lay waste to the locals, turning those unfortunate enough to survive into zombified creatures that lurch towards Shepard and company with nothing but aggression on their minds. You retaliate against these unknown enemies while trying to uncover the true happenings of Eden Prime. What is this giant alien crab in the sky? Why is this Beacon giving me visions? Why has Saren gone and murdered one of his mates while trying to blow up the place? These are all questions we are left to think about, theories that are established alongside a vast, expansive universe with infinite possibilities. 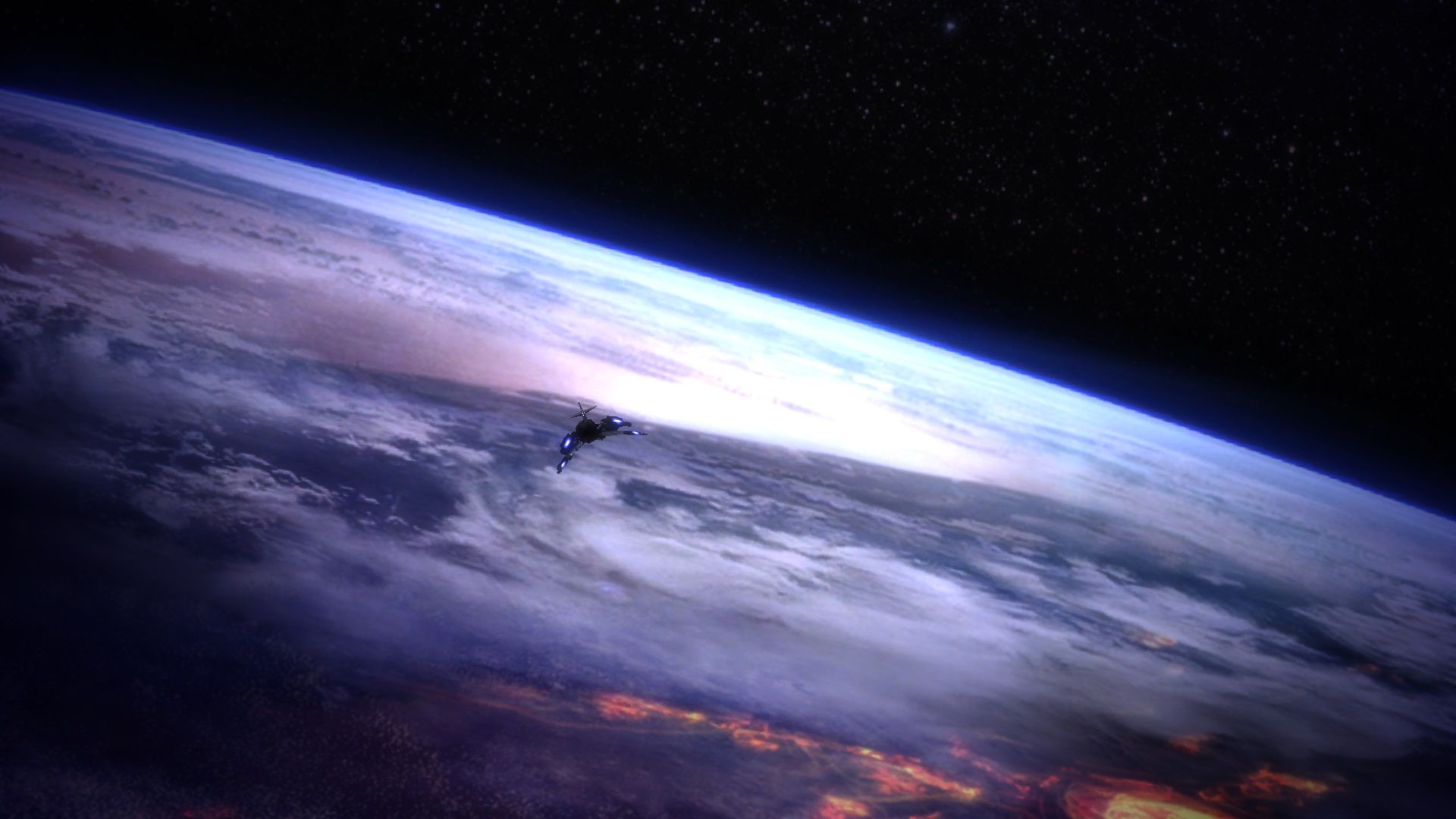 Mass Effect’s opening is so brilliant because it feels like the beginning of a genuinely epic journey, answering so many questions while leaving you with more to ponder about the dozens of races, locations, and political confrontations you’ll encounter in the opening couple of hours alone. Franchises like this simply don’t come along very often. It’s the gaming equivalent of Star Wars, yet it isn’t afraid to build upon Disney’s juggernaut with a deeper focus on lore, character interactions, and our own place in this universe. There’s always a sense of agency, a reason for us to belong as we try our best to save our squadmates and take down the Reapers. Certain elements haven’t aged well, but the core sentiment shines through, explaining why to many, it will always be timeless.

I haven’t played the opening to Mass Effect in over a decade. So much of it feels fresh, but I still harbour a nostalgic connection to everything it manages to accomplish. The first Mass Effect’s opening doesn’t match the dramatic stakes or visual execution of its sequels, but it doesn’t have to. It’s the first up to bat, so we expect it to make a few mistakes, but even with some of its more archaic qualities, it’s still a masterclass in helping us feel like a tangible part of its world. I am Commander Shepard, it doesn’t matter if I’m an overly saccharine Paragon or a genocidal Renegade, my vision for this character is ready to save the galaxy all over again.