From the roaring introductory distortion of The Bends to the sweet but sombre opening of Street Spirit, Radiohead’s discography spans and transcends volumes (eh? eh? Sorry, please keep reading). Stapled by Thom Yorke’s haunting falsetto and Johnny Greenwood’s daunting but delicate synths, a lot of people are keen to dismiss this band despite being a major player in the shaping of a coherently dissonant ‘90s sound. I’m here to say that people should not only listen to Radiohead, but that game developers should look to them for inspiration.

You might reckon I’m being equal parts wanker and boomer here. I can’t dispute the former clause, unfortunately, but I can argue that appreciating Kid A isn’t the same thing as blasting I Don’t Wanna Miss A Thing out the window of your Volkswagen Passat. Sure, Radiohead fans can be a bit mouthy, and a lot of them are likely a little bit older now. I’m 25, though, and have been listening to this band daily and religiously for over ten years.

The reason I’m considering what influence Radiohead could have had on the game industry is because I’ve slowly but surely been making my way through Nier Replicant, which has naturally made me think about Automata before (after?) it. When I look at Nier Automata now, which is irrefutably one of the best and bravest games ever made in terms of both context and design, I can’t help thinking about Paranoid Android – and it’s not because of the androids. Radiohead tunes have incredible visuals – just look at Pyramid Song in Cyberpunk 2077 – and grapple with themes most fiction writers could do with learning a thing or two about. Mostly, though, Radiohead tracks teach structure, which is why I’m about to bang on about Automata and Paranoid Android for a bit. 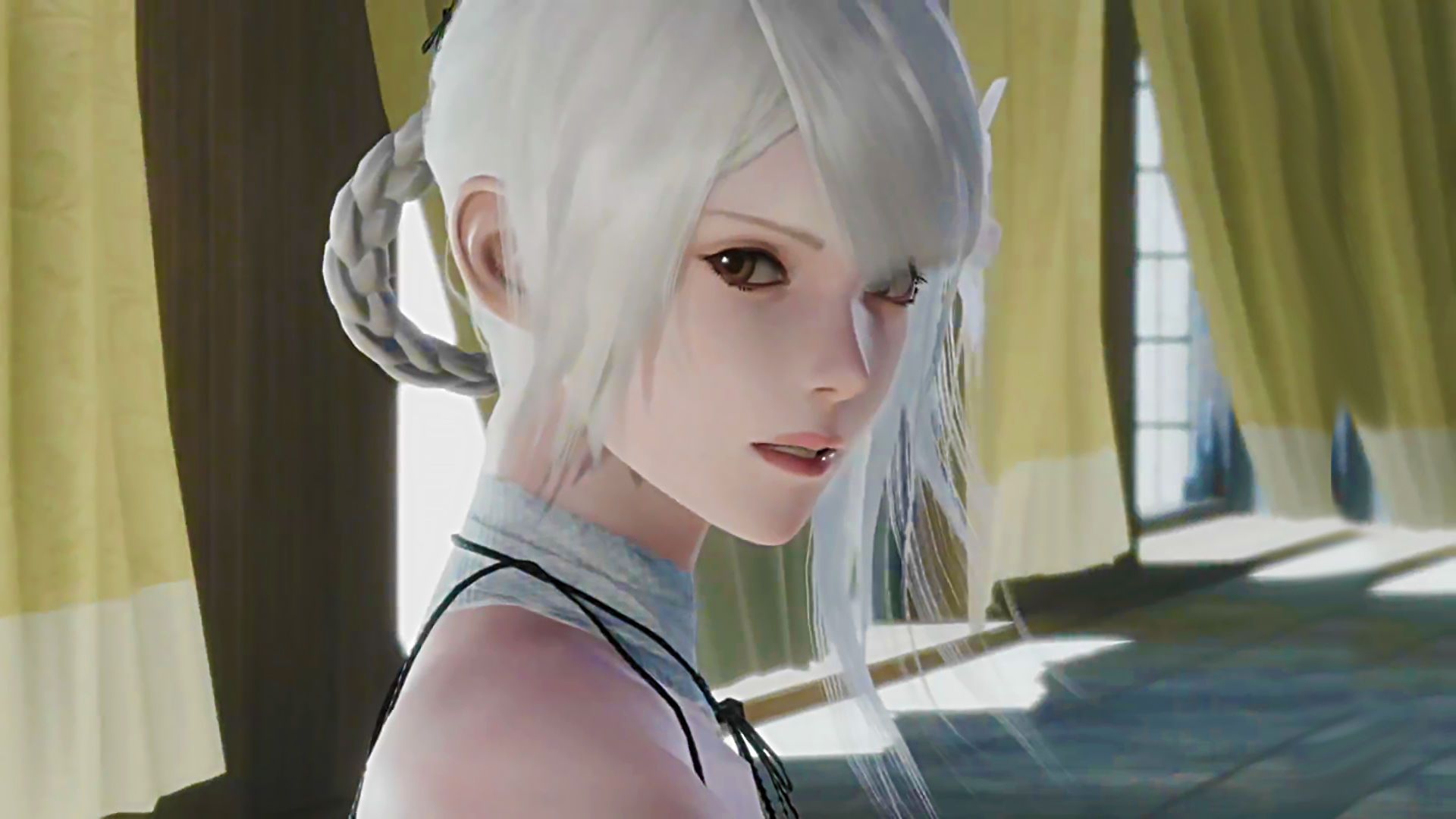 I won’t spoil Automata for anyone. I know it’s four years old, but a lot of people who missed it at launch will likely be experiencing it for the first time now that Replicant is out. What I will say is that, just like Replicant, Automata is split into several sections. Finish part one and the credits roll, except instead of New Game+ you’re dropped into a whole other story. The second one is similar to the first, the third one has nothing to do with either, and the later ones… Again, I won’t spoil it.

Paranoid Android is the Bohemian Rhapsody of alternative music (I also think that Jesus of Suburbia deserves a shout here, despite being a bit trashy in hindsight, and Lateralus is Pink Floyd for ‘90s kid edgelords, which is a category I admittedly and unapologetically fall into). It’s segmented into so many distinct but coherent sections, all of which fold into one cohesive and mind-boggling whole. At times the thematic paranoia cuts sharp – “ambition makes you look pretty ugly” *sick bassline* – but there’s also the “rain down” section that shifts not just the time signature, but the entire tone and mood of the song. That’s before accounting for the weird, typically atypical intro and squealing alien guitar solos at the end. Those descriptions could probably refer to anything from Radiohead’s catalogue, from Videotape to Subterranean Homesick Alien – what a tune – and, to be honest, that’s my entire point.

Nier Automata is an unwieldy beast on paper, a game that legitimately defies description and summarization. It is so disjointed by definition that the only way to experience it is to play it, which sounds a bit redundant, but it’s not. I could tell you all you need to know about Halo in five minutes. Mass Effect, Skyrim, and Pokemon are colossal series that can be distilled into a text message. Automata resists this – it resents and rejects the entire notion of it. It is, essentially, a 60-hour game composed of the same weird and wonderful magic at the core of Paranoid Android, and OK Computer at large. There are very few texts that are comparable to Yoko Taro’s android masterwork, but Paranoid Android is its cross-medium twin – again, not because of the androids. 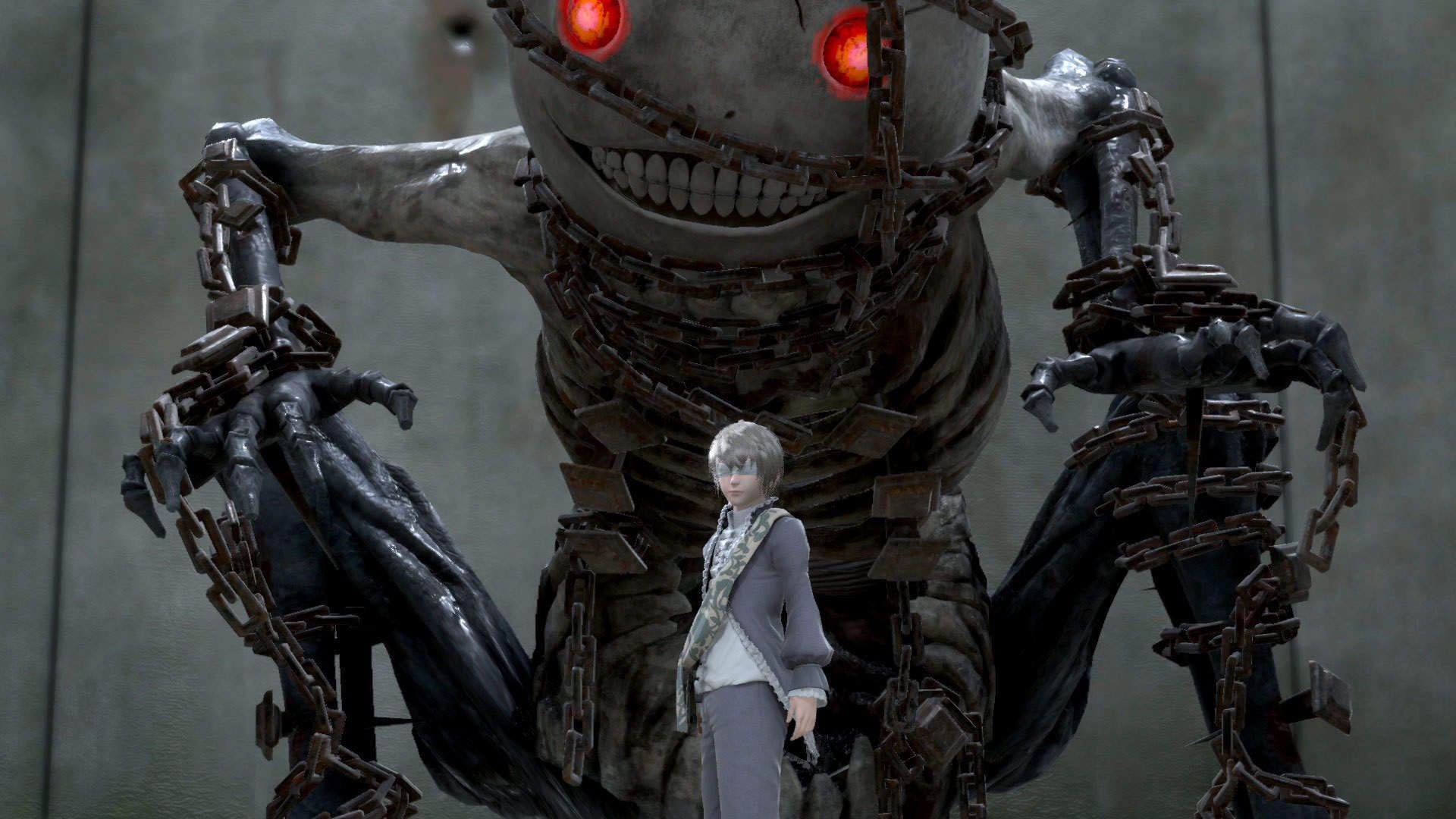 I wish more games would take similar inspiration. I’m not asking for wanky projects based on rapidly changing time signatures – or am I? Games are so often one-note, including some of the best ones. The stories rarely surpass books and the themes are usually designed to be palatable for an angsty 14-year-old. I don’t think this applies to Arkane, or Larian, or several other developers who lean into game design instead of trying to contort it into something more similar to cinema or television. But it does apply to a lot of studios, and I wish it didn’t.

Games are strange artefacts, curious little experiences that can achieve things that are completely impossible for other mediums. It’s a bit ironic that I’m talking about borrowing from music here, but I’m not saying to rip off a track – I’m saying to study what makes music “music” and apply the same core principles of understanding to recognizing what makes a game a game. No contemporary cultural object or experience should need to justify itself based on preexisting forms of literacy, and when we look at games like Nier Automata or the recently released Before Your Eyes, the pure, undistilled victory of being unashamed in the form your experience occurs in and through is remarkably clear.

Listen to In Rainbows, then spin Amnesiac. Examine the differences both in and between them, study what makes them unique but somehow cohesive, and take your answers into game development in order to create games that don’t apologize for their existence. I’m writing this as someone who loves both music and games, but is able to recognize that the latter is always conceding something, always striving to say, “Look at me, I’m as legit as Kubrick” while boasting an aesthetic comparable to a teenager’s bedroom wall. Neither of those things are necessary – just make what you want to make and don’t apologize for it. Some people will appreciate it, others won’t – the point is that it’s honest and unafraid, and that’s the single most important thing about any successful art.