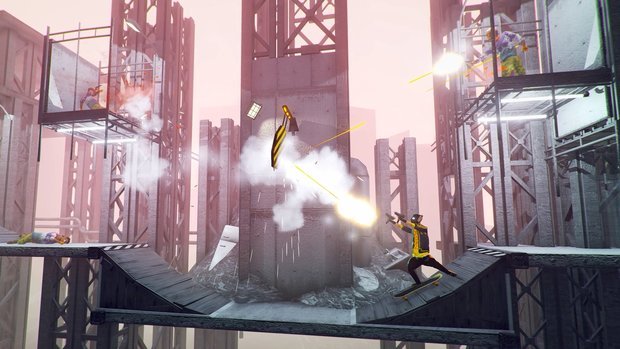 “My Friend Pedro gives you an arsenal of guns and abilities that makes you feel like John Wick on cocaine.”

The combat is My Friend Pedro’s main attraction, so if you can just ignore the narrative as you play through it, you’ll probably take a lot more enjoyment from the game. I even swapped out the game’s audio for my own playlist at one point and had a blast – try that out if the story gets too under your skin.

I played My Friend Pedro on both PC and Nintendo Switch, and while I enjoyed playing it on PC more due to the way the game is designed for keyboard and mouse, it was surprisingly fun to play on Nintendo Switch.

This is the kind of game with decent replay value, that you can see yourself whipping out on the train for quick blasts of deadly gun-fu between stops. A great commuter-friendly title.

I initially thought this game would feel awful to play on a controller, but the added aim assist/locking feature when using one is pretty handy and allows you to focus more on badass front flips rather than actually hitting your target.

The combat gives you a range of options when entering a room full of enemies. Most of the time it’s leaving guts on the floor for you to kick at someone, or even the odd knife or two.

I do wish there was actually more variety in ways you could take out an enemy as really the only things you could kick at them was a skateboard, knife, and their friends’ insides.

Speaking of a skateboard, you can ride one and you can also ride barrels – those are super fun. Although, the skateboard is super hard to stay on, and you end up jumping off of it all the time when all you want to do is get a sweet kickflip 360 headshot in slow motion. Is that so hard to ask for? 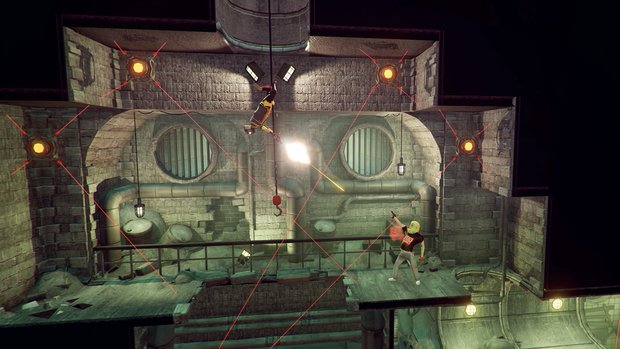 The game’s level design is very clever, and some of the mechanics that are added later in the game turn My Friend Pedro into a puzzle shooter, almost.

Initially, the mazes and puzzles are fun to complete and are a cool way to switch up the gameplay, but eventually, they just slow the pace of the game down.

The game usually takes around 4 or 5 hours to complete, and it has a scoreboard that bolsters that sweet, sweet replayability value. In playing the game through multiple times, I’ve noticed the frying pan is overpowered as hell… but I’m not complaining.

So, with its quirks and golden moments, is My Friend Pedro worth your money? 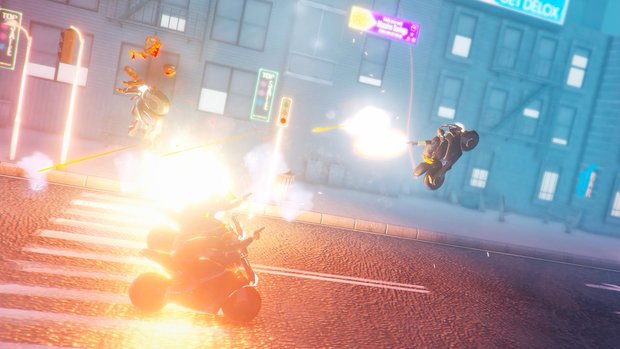 – Reviewed on PC (with a second run on Switch)

My Friend Pedro is an addictive experience and a mesmerising shoot-em-up that, though failing to deliver a good story, takes you on a violent ballet filled with blood, bullets and bananas.

There is plenty of content packed into the game’s 5-hour playtime, with a huge opening for possible DLC and easy ways for players to compete with each other via leaderboards.