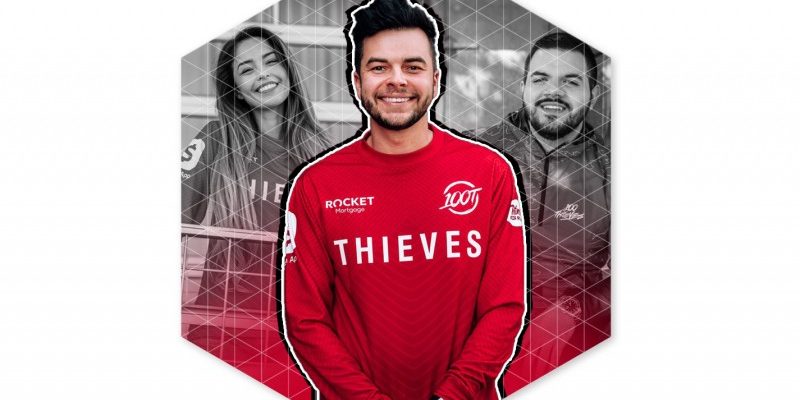 Adversity is something that strikes all of us over the course of our lives. Sometimes it feels like more than we can handle, yet we still need to find ways to cope and grow as people. Matthew “Nadeshot” Haag had to learn this harsh lesson early and brutally when in 2012, his mother passed away after triumphantly battling against illness after illness. At this point, he had a choice: Succumb to his grief and frustration, or build something special. And if you’re here now reading this, you know what Mr. Haag chose.

100 Thieves has set the world on fire with a plethora of pro gaming teams, exclusive and sought-after merch that sells out in minutes, and a group of some of the most iconic streamers in the age of the content boom. But this didn’t all happen overnight, right?

As part of last week’s GI Show, Matthew “Nadeshot” Haag joined Ben Reeves, Liana Ruppert, and me to discuss all this and fill in the gaps as he went from uninspired college dropout to one of the internet’s biggest gaming personalities. We also discuss his golf game, how to break into the content creation industry, and his new deal bringing in Rachel “Valkyrae” Hofstetter and Jack “CouRage” Dunlop into the ownership group of 100 Thieves. Thanks for watching and we hope you enjoy the video!

Enjoyed the interview? Be sure to check out our other sitdowns with some of the biggest names in the video game industry, including talks with the Minnesota Rokkr, the developers behind Deathloop, and even a playthrough of It Takes Two with the one and only Josef Fares. You can also check out the full episode of The GI Show featuring Supergiant Games’ creative director Greg Kasavin to discuss Resident Evil Village, the development of Hades, and more!