It’s no secret that I’ve been a bit sick of the Pokemon games coming out year after year (though hats off to New Pokemon Snap, which was a refreshing change). Despite my initial love for Pokemon, it’s been incredibly difficult to stay invested when each game is the exact same story with almost the exact same game mechanics. But if I’m honest, game mechanics aside, one of the most significant reasons that I can’t get into Pokemon games is because I can’t relate at all to the main characters. Listen, I’m not a ten-year-old with the world at my fingertips—I’m in my twenties where dreams go to die.

I know, I know, “Pokemon is a franchise for children.” But is it really only for children? The majority of people I’m surrounded by that are close to my age are still into Pokemon, usually much more so than I am. Why not throw us a bone? It’s a bone that I guarantee will make Game Freak a huge profit, and without adding unneeded explicit adult content, this wouldn’t give the Pokemon franchise an image they wouldn’t approve of.

I can picture it already. Those feelings of wonder, excitement, and adoration that go along with being ten years old and setting off on a Pokemon journey for the first time? It’s time to recreate those feelings in a protagonist who is 25. Laura (so-named for the purpose of this article) has lived a life that didn’t go according to plan. She had every intention of setting out on her Pokemon journey when she was ten years old, but something prevented her from being able to go—perhaps a sick relative she had to help take care of or strict parents who refused to let her. By the time Laura has reached a point in her life in which this option becomes available again, she feels that it’s too late. She’s already set herself on a given path, and so she continues with it. It’s at this point where the game can begin with an event that jolts Laura out of her bleak and empty mindset and kickstarts her Pokemon adventure! Laura will prove to everyone that it’s never too late to pursue your dreams. 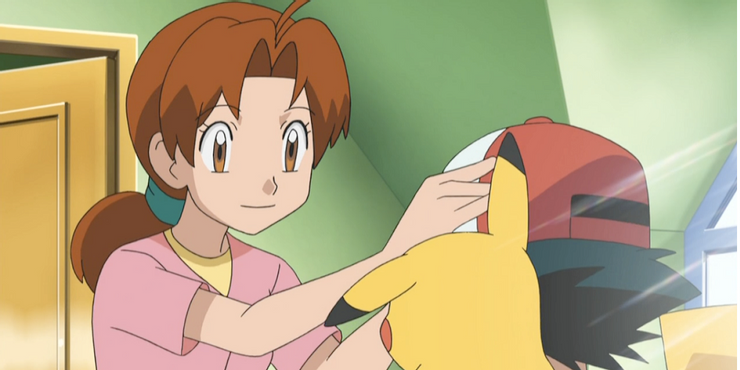 I believe that many of us relate to this concept, and not just those of us in our twenties either. The number of times I’ve heard people say they wish they could go back to school, or they wish they had chosen a different path but it’s “too late now” is devastating. It truly is never too late to reshape your life in a way that makes you happier, but we all know that’s infinitely easier said than done.

Part of the appeal of playing the Pokemon games is escaping from real life and investing in an epic, magical journey. This element will not be lost through starting the game in a different way with an older protagonist. In fact, at least for me, this would make the journey feel so much more exciting. Honestly, I’m not sure I fantasize about anything more than getting it together and putting my full effort into pursuing my dreams, so combining that with Pokemon sounds like one hell of a game.

I’m not advocating for Game Freak to eliminate the feelings of positivity and wonder that go along with the Pokemon games that we all know in love. I’m advocating for them to ignite those feelings in us through one of our most beloved franchises in a slightly different way.