Art has always been fascinated with the end of the world. There’s something poetic about picturing what would happen if society happened to crumble overnight, if everything we’d come to know was thrown into disarray and would never return to normality again. Being an active participant in such an unimaginable disaster has always interested me, with some of my favourite games, films, and books all relishing in the chaos that unfolds amidst the apocalypse.

When the dust has settled, humanity is always fighting for survival – more violent and unforgiving than ever before because the situation demands such a ruthless outlook on life. This is all well and good, but sometimes all the bloodshed can grow tiresome. I love The Last of Us, but goodness me is it miserable. Even after settling into a peaceful homestead, Joel still ends up pissing people off and having the most vicious game of golf imaginable.

I want to look at a game that pursues the opposite end of the apocalyptic spectrum, viewing the end of the world in a more sombre way. Nier Replicant is one such experience, a game where its setting is so far removed from the initial apocalypse that its inhabitants have moved on, carving out a new life far removed from the ancestors who once fell victim to an otherworldly disease. 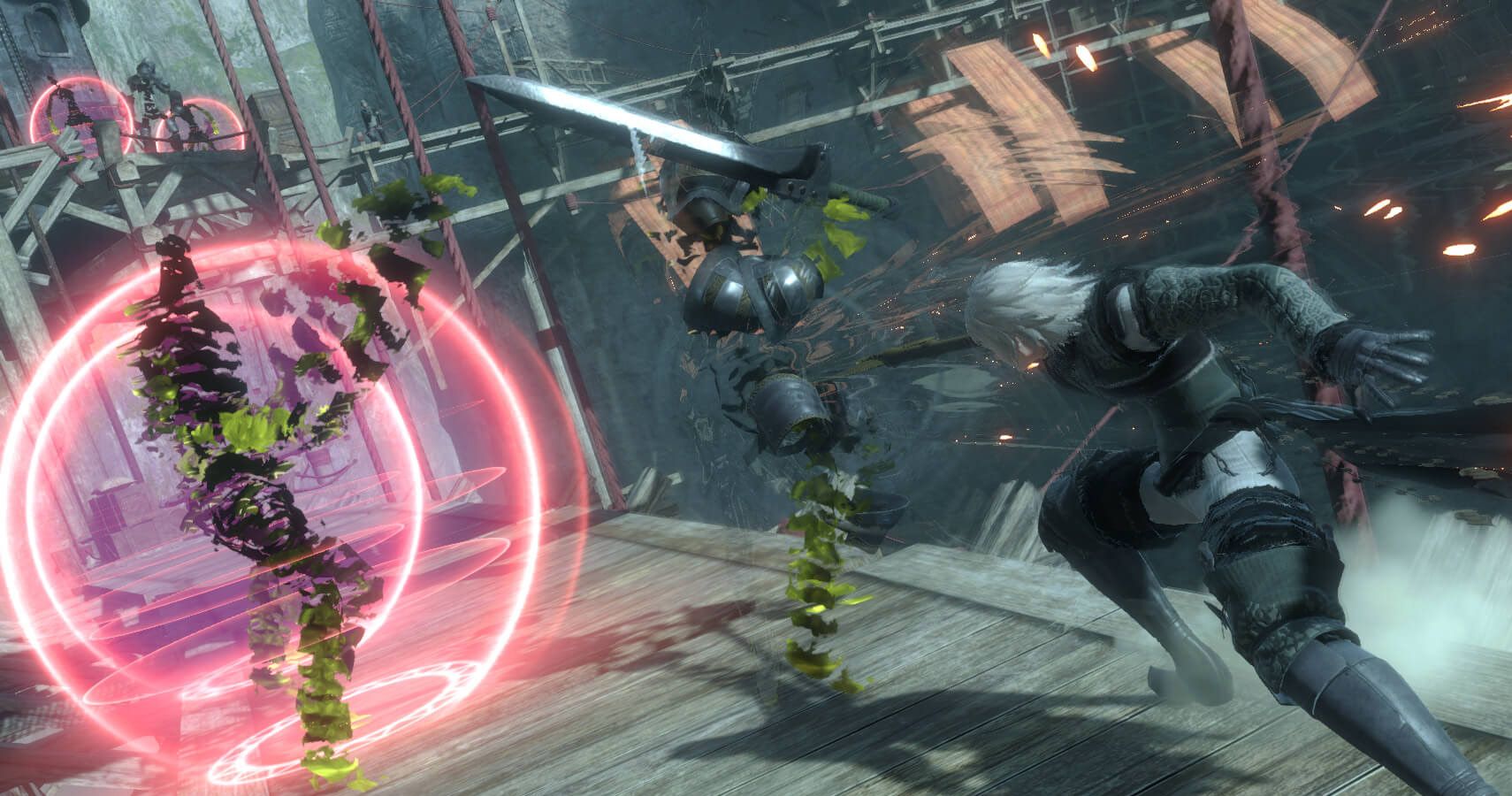 If you aren’t familiar with the background behind Nier’s world, it takes place after a secret ending from 2003’s Drakengard. Originally intended as a joke by Yoko Taro, the ending follows the protagonist and his dragon companion as they find themselves teleported into modern day Tokyo alongside the final boss. A battle ensues, with our poor dragon being blown to pieces by the Japanese Air Force moments after the confrontation concludes.

The demon you’ve just defeated crumbles into ash, drenching the ground beneath in a foreign substance that will eventually lead to its destruction. It causes disease and decay to run rampant across the globe, leading to civilization as we know it almost dying out as strange, dangerous creatures known as ‘Shades’ begin emerging in the wake of the ash’s arrival. Humanity can’t survive this, as is evidenced in the opening to Nier Replicant. Our young protagonist isn’t capable of protecting his dying sister in his dilapidated home, even with the aid of a supernatural book that gifts him with blood-soaked powers.

The opening moments are a grim circumstance of the ongoing apocalypse, and then we’re suddenly thrust 1,312 years into the future. We’re now in control of the same character, or at least a different incarnation of them, as they once again live their life around the attempted salvation of a younger sibling. We reside in a new world, but one where the impact of the apocalypse that befell our heroes can still be felt. 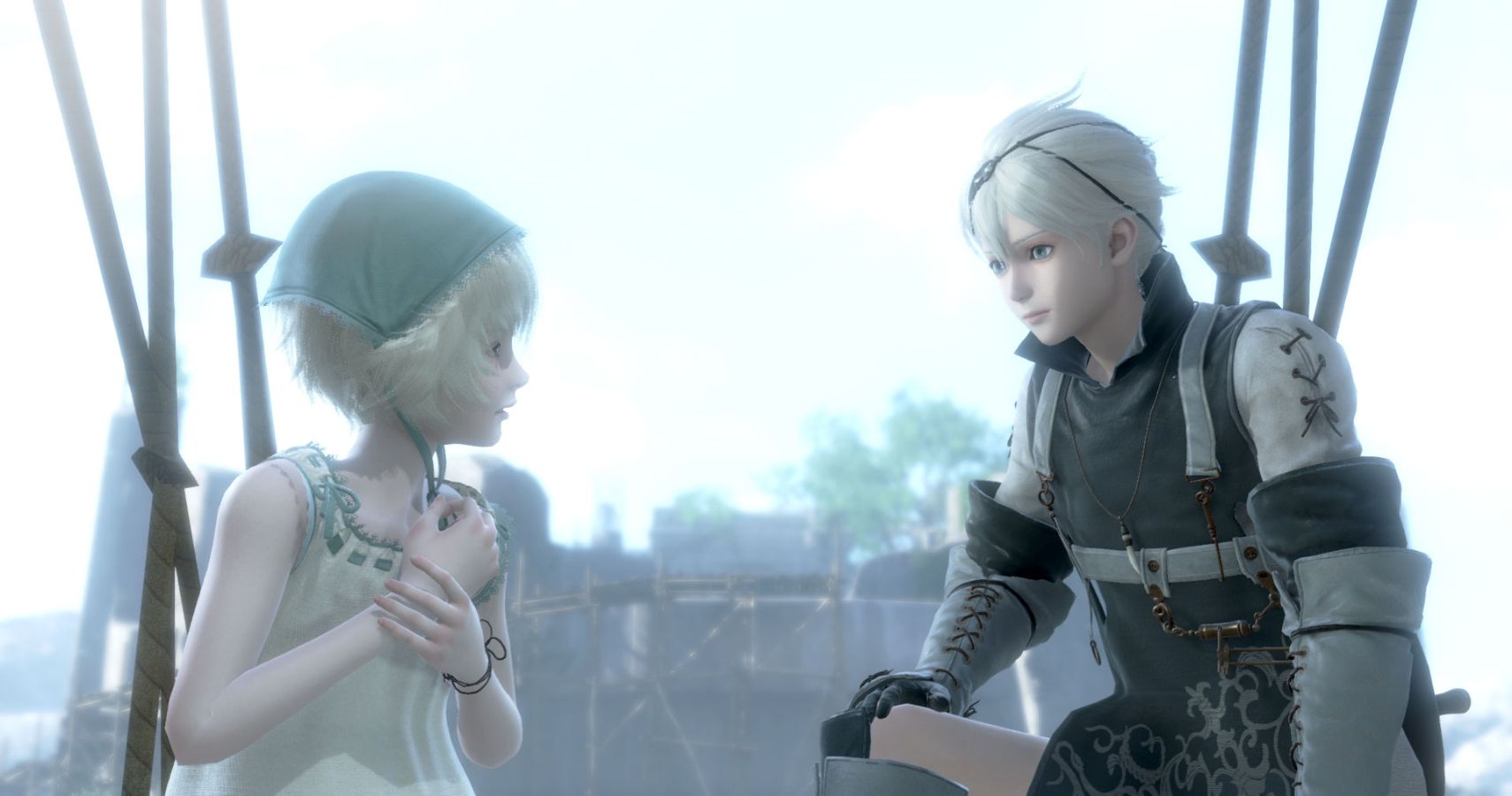 Replicant’s explorable plains are filled with rusted ruins, remnants of the past that our hero views with curious intrigue. Your hometown contains a library whose tomes are illegible, told in a language that sadly wasn’t carried through the ages. History has become a fractured mess of misremembered events and decaying artefacts that only piece together small fragments of how this land came to be, and that’s exactly what makes it so compelling.

As the player, we are fully aware of what happened here, and how we’ve moved forward in time to a place where everything is different. Our characters exist in a state of blissful ignorance, a mindset that only shifts as the morbid circumstances behind their lives are slowly brought to the forefront. This hope eventually changes into anguish, but there’s always something for Nier, Kaine, and Emil to fight for despite everything.

But outside of the main narrative, I simply enjoy existing in Replicant’s world. It’s eerily quiet and superbly understated. Once the introduction is out of the way, you are thrown into the modern day and given relative free rein to explore. Melancholic music accompanies our first hesitant steps around town, its populace eager to greet us and tell us about their day. Everything seems normal and oddly cheerful, because these people aren’t worrying about the world ending, they’re just trying to survive within their means. 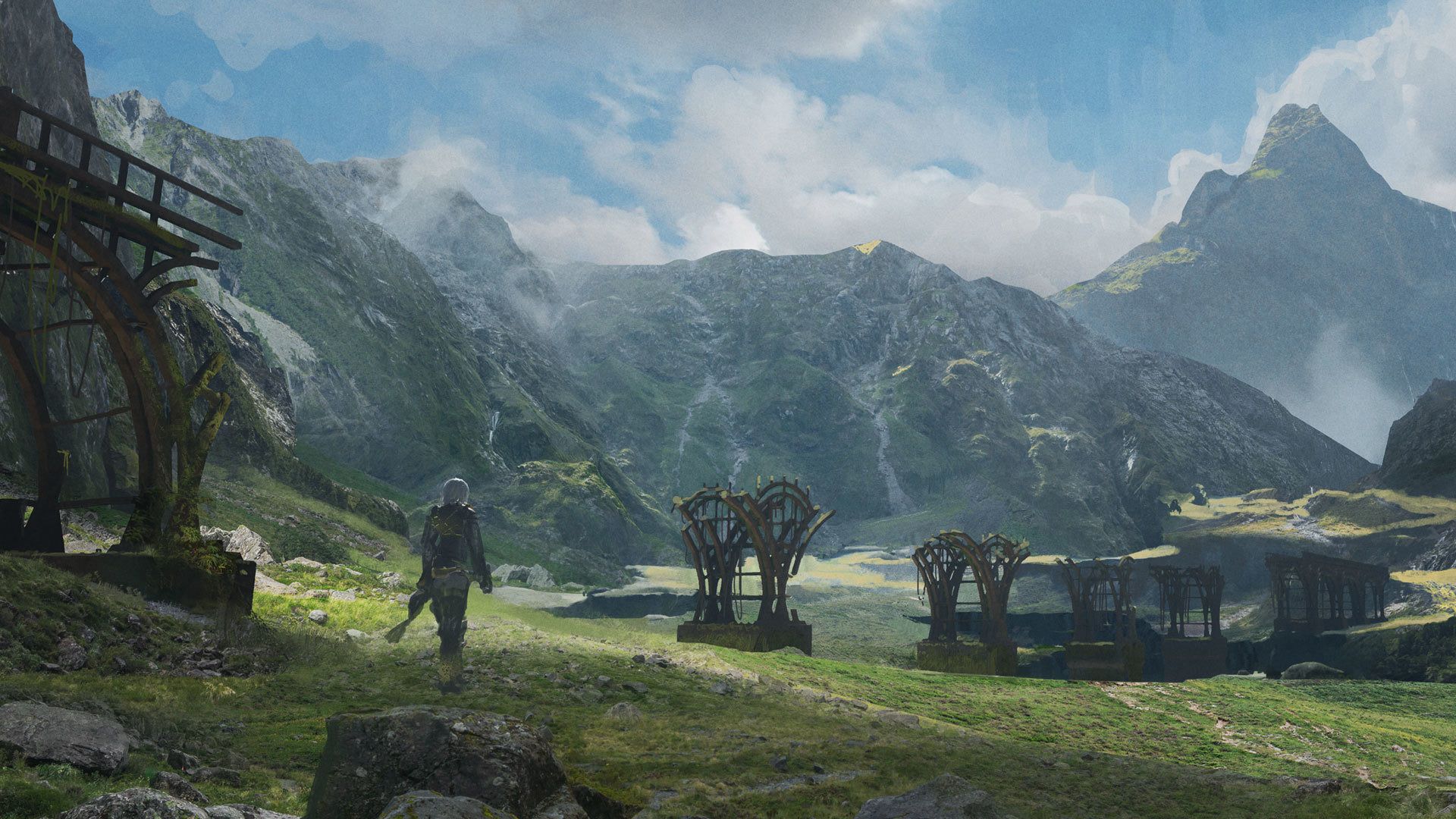 Sure, the monsters that emerge in the darkness are a bit of nuisance, but they’ve never known any different, so their presence is normal. Their true intentions will become clear soon, but our hero feels the same, simply dealing with them like any other threat in this battered, broken place. It’s peaceful, a vision of the apocalypse that invites you to focus on its sprawling beauty instead of grimacing at rusted buildings and endless streams of violence.

The darkness instead sits within its writing and character studies, the colourful setting acting as a temporary blanket of security. Automata is very similar, also presenting an alluring apocalypse that isn’t disgusting in the slightest. It invites us in with endless locales that feel familiar, like a family home that has been abandoned and left to rot over the years. We can recognise some aspects of the places we explore, but they’ve been warped just enough by the cruel mistress of time that they feel almost alien, yet tinged with a drop of welcoming.

Replicant is a joy to explore, but not because it’s an extravagant landscape filled with foreign pleasures like the majority of JRPGs. Instead, it’s bleak and relatable, a vision of our existing planet warped by time and the apocalyptic circumstances that underpin it. But like most extinction events, living beings emerge out of the wreckage and build something new. Yoko Taro’s invention does just that, and that’s where so much of the resplendence awaits. It’s so far removed from the status quo that we have to start asking questions, while with The Last of Us or Doom Eternal, the writing is very much on the wall. 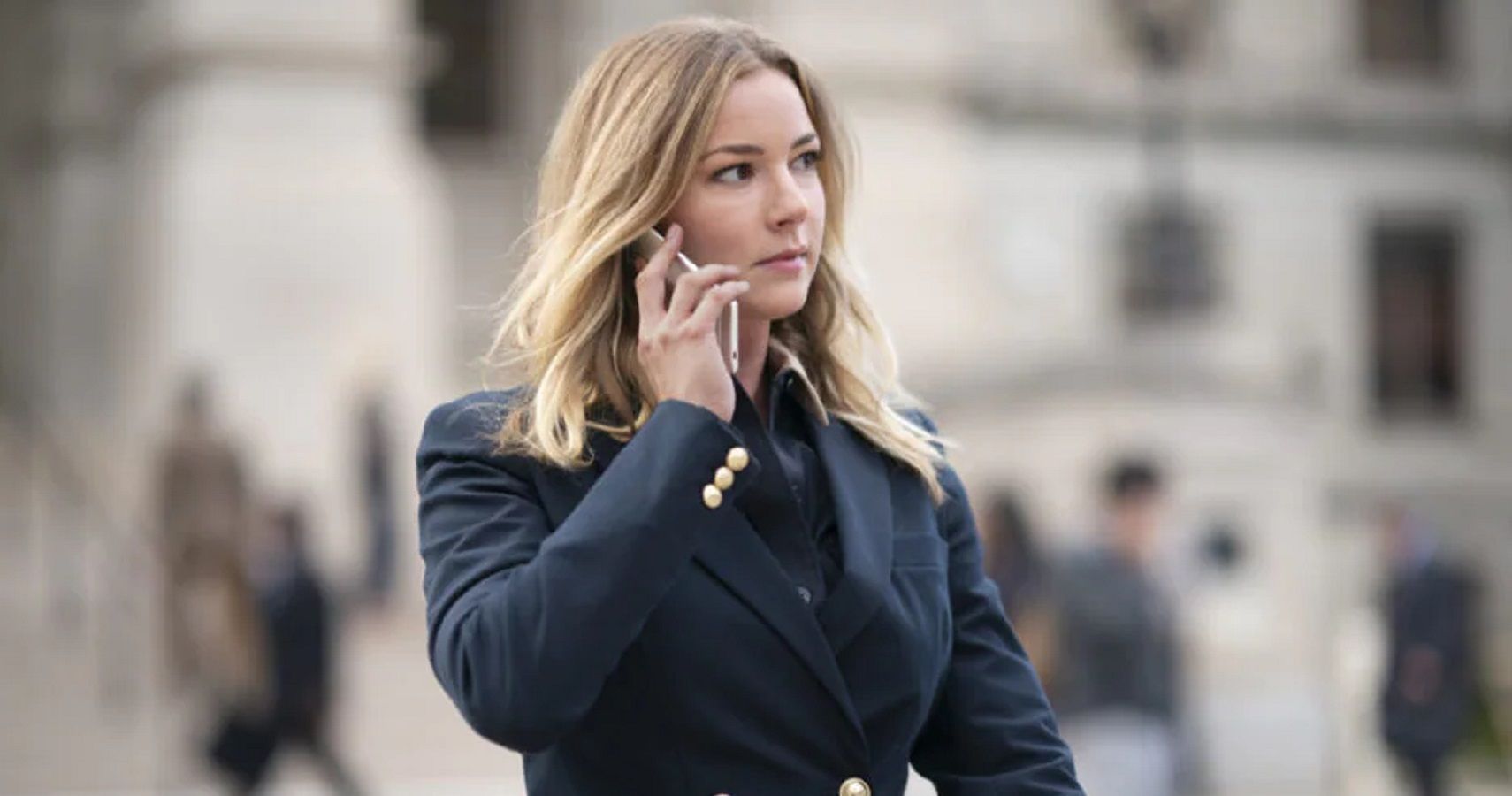