The latest DLC for Planet Zoo is the Africa Pack and it contains five new animals, a timed scenario, and a range of North African themed scenery items including buildings, fountains, and foliage. After the Southeast Asia Animal Pack, this new launch marks a return to the expected format for DLC, rather than being focused solely on adding new species to your zoo.

The large free update that accompanied this pack release has added a few new welcomed additions into the game. Being able to more easily search for specific animals, and the lack of restrictions when playing scenarios in sandbox mode, allows you to discover the new content very quickly and more flexibly than ever before. You can also choose to throw yourself in at the deep end by attempting the new timed scenario. 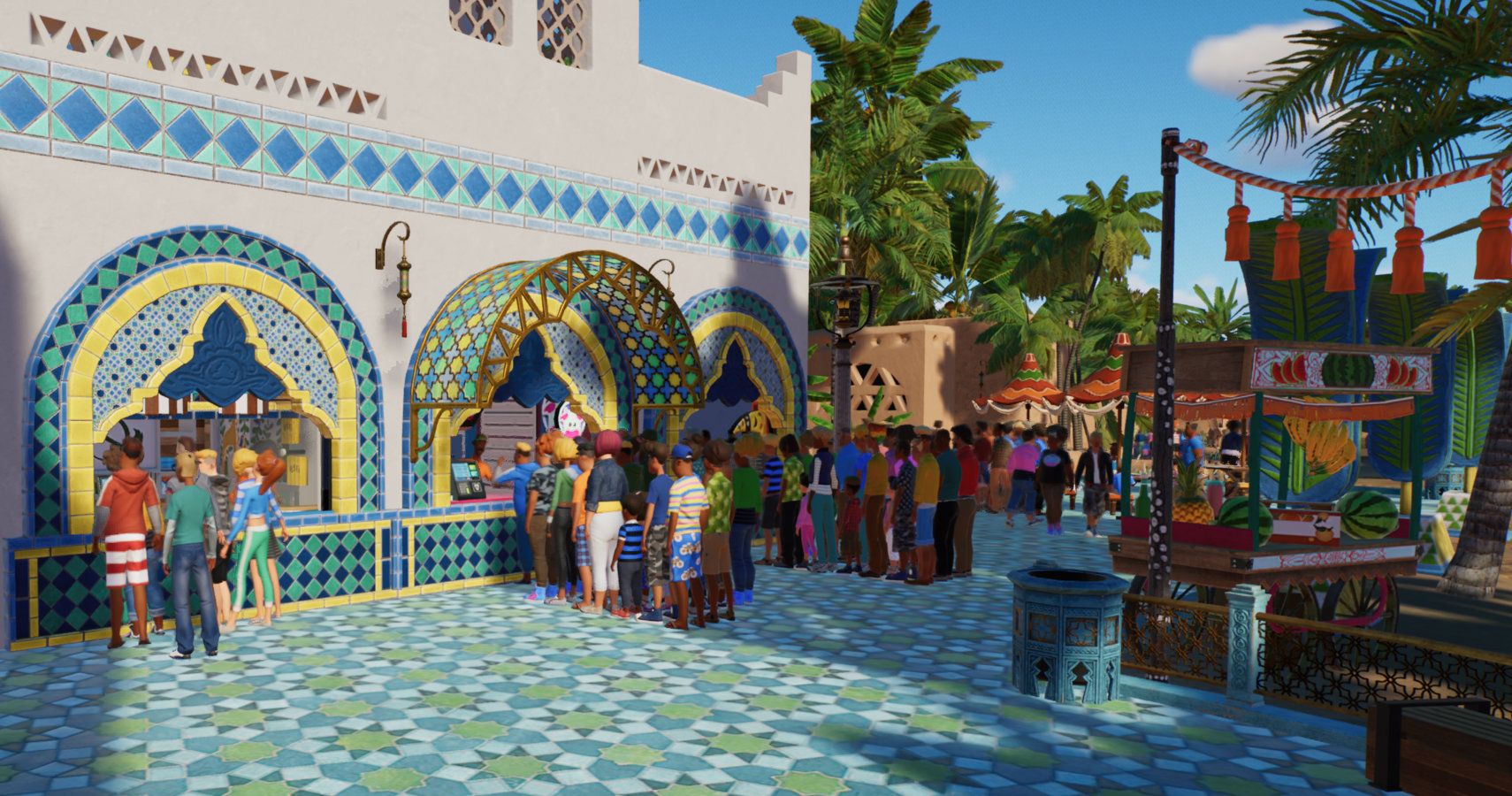 The Oasis Bazaar scenario puts you in charge of a desert zoo with beautiful scenery, a couple of new animals, and a task list far bigger than the available space. With a small area of land and some lofty expectations, this challenge definitely lives up to its name, even on easy! The existing zoo is beautiful but if you don’t often play timed scenarios I recommend checking it out on sandbox mode first so you can take your time getting the layout right before you go against the clock.

Luckily, the new animals mostly combine a decent appeal rating with a low space requirement, making them perfect for these circumstances. The smallest is obviously the new exhibition species, the sacred scarab. It’s fairly unique but is genuinely so small it takes a while to spot. You’ll need keen sight to get a look at this dung rolling beetle. 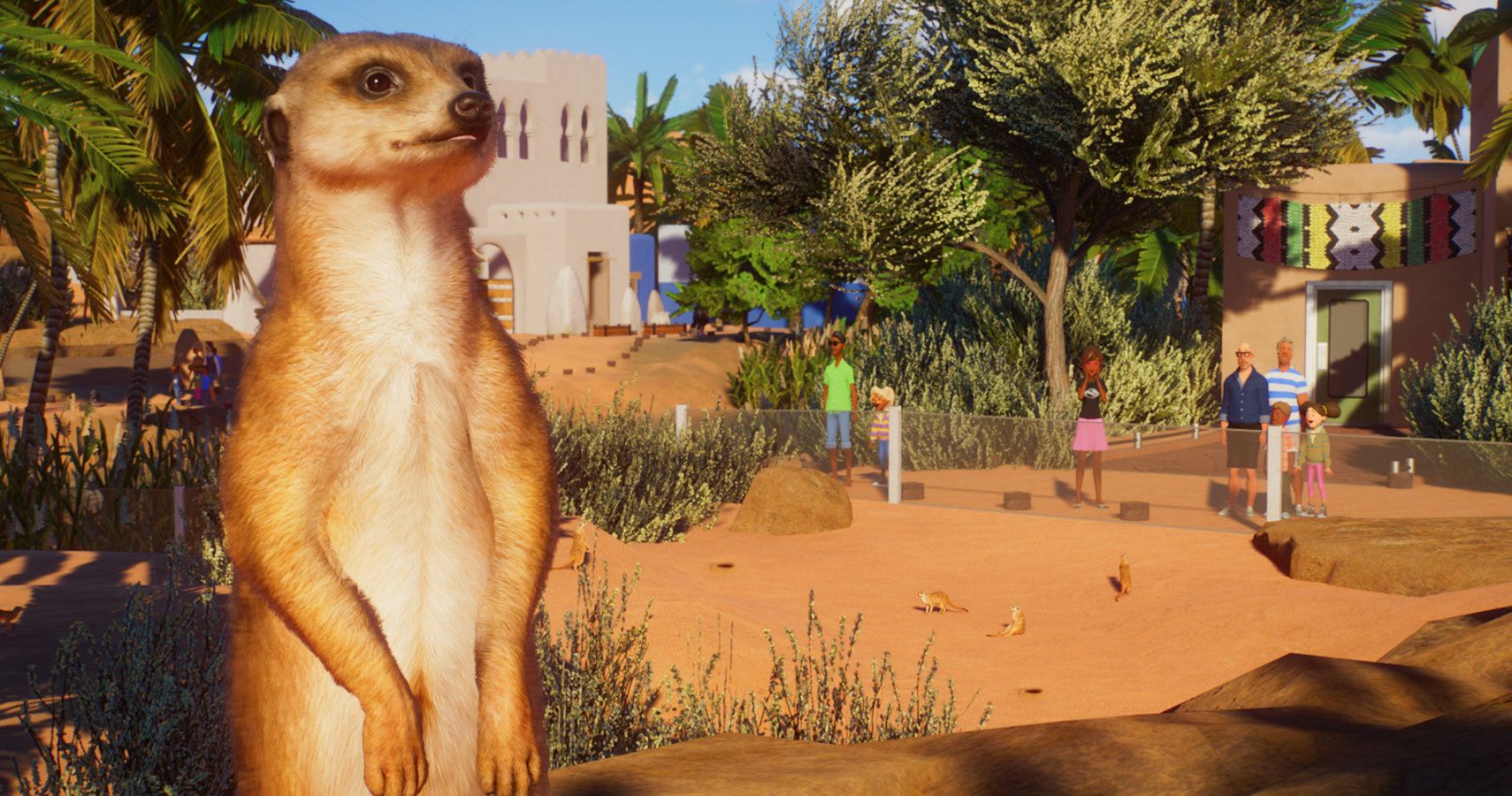 The highlight of the pack for most people is likely to be the adorable meerkats. They don’t need a lot of space and their wild antics are sure to bring in the donations. As with all Planet Zoo animals, a lot of care has been taken to replicate their behavior in-game. You can also build interesting tunnels and holes for them to jump out of, thanks to the terrain tools. While terrain editing isn’t possible in the scenario, a pre-built exhibit shows you exactly how to provide an engaging environment that’s fun to watch. Also, keep an eye out for them creating their own tunnels within the exhibit.

The African penguins are similarly entertaining to watch and the new water clarity means that you can easily see their underwater antics. Once again they are entertaining and require only a small amount of space, mostly consisting of water. The underwater feeders that came with the Aquatic pack update are great for this exhibit, along with some glass fencing for underwater viewing. 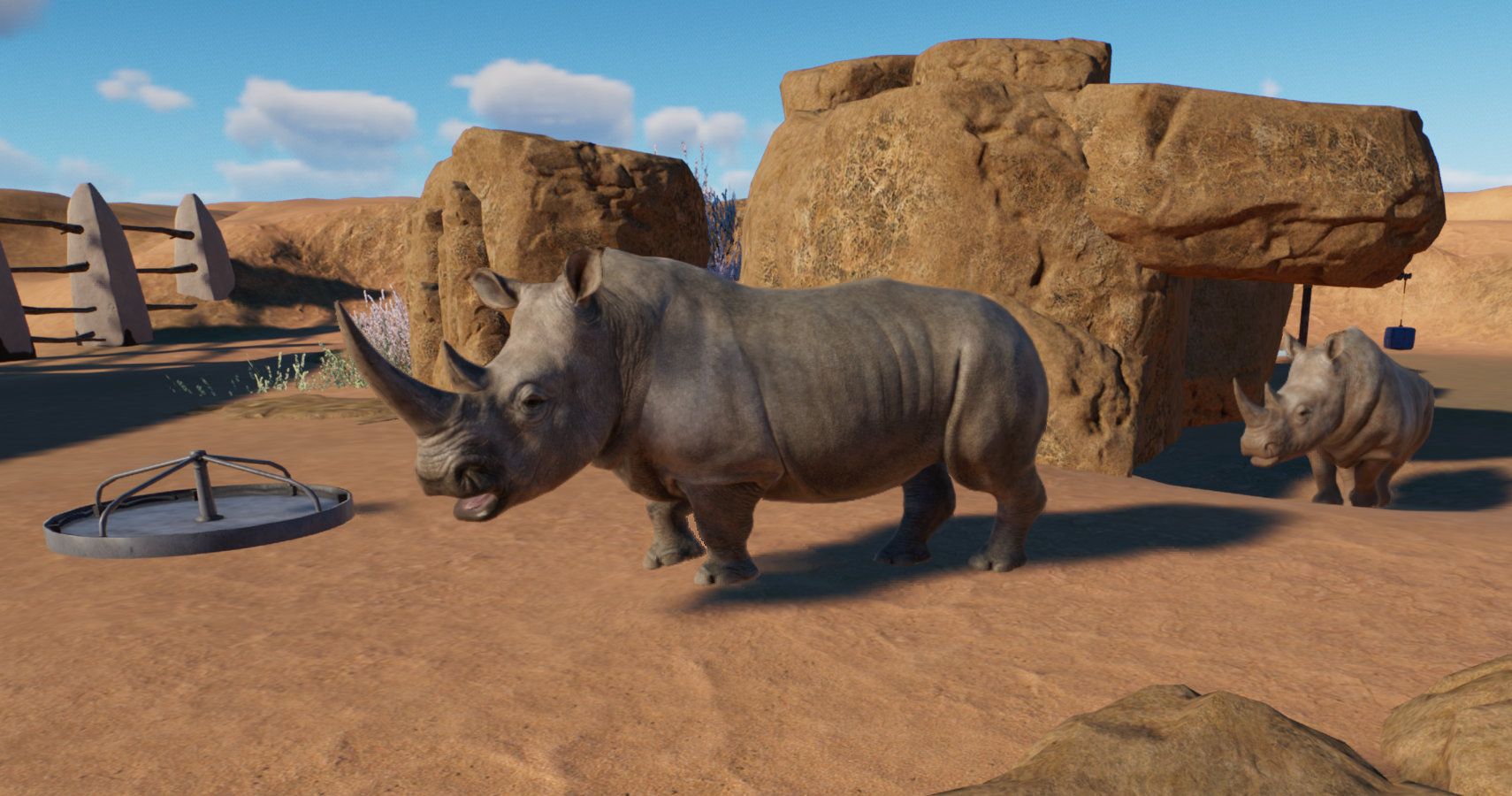 The third animal also requiring only a tiny sliver of space is the Fennec Fox. This adorable species breeds quickly and is incredibly cute. If you want a pack that brings animals that are both adorable and adventurous then this combination is perfect. While most of the animals prefer to live alone, the space requirements mean they are cheap to build exhibits for a can fit in most zoos, making them very flexible.

The only animal that doesn’t fit this blueprint is the Southern White Rhino. These mighty beasts are big and strong, requiring a large exhibit around five times the size of the other animals, as well as high-strength walls. They look stunning and have high appeal but as a costly exhibit, they aren’t as flexible as the other animals in this pack.

As expected, the build items comprise a number of pre-built shop shells as well as several fountains and scenery options. These are complemented by a large number of individual items you can use to create tiled floors, elaborate market designs, and more. The items encompass the vibrancy of North Africa and match well with existing in-game items with an African theme, making the pack feel like a natural fit for the game. 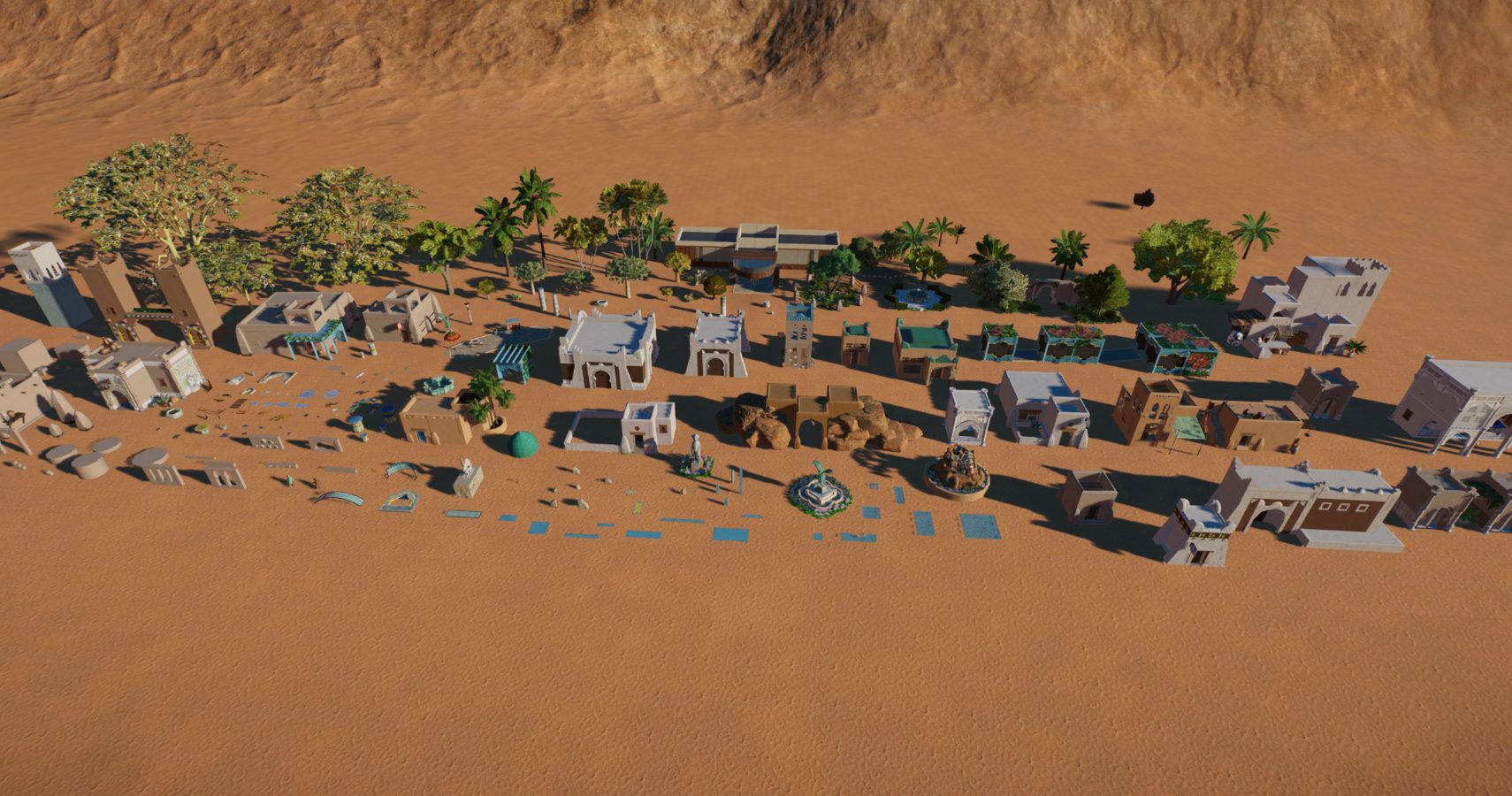 DLC packs are always about the value they add to your zoo and this one has a great balance. The animals are interesting to watch as a player, engaging to visitors, and are mostly low space and low cost. This makes them versatile and better able to fit in a large number of different zoos. With regards to the scenery, while some of it is very vibrant, the individual pieces also include a number of staples, including terracotta tiles and wooden structures. There are also a number of trees and plants that are mostly small and variable in looks, complementing each other well.

Overall, the Africa Pack offers a good selection of items, especially for fans of the meerkat. You can expect a good selection of animals and some scenery that compliments the base game. Those who love a challenge can also complete the timed scenario, which has some beautiful pre-build market areas that showcase the very best of this pack.