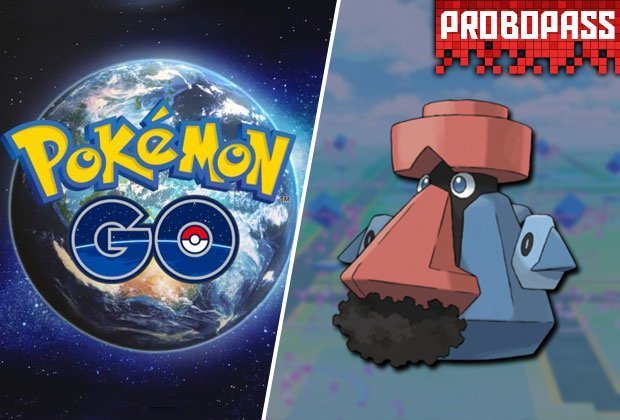 The newest Pokemon Go update has added more Generation 4 Pokemon to the game – Pokemon that were originally found in the Sinnoh region of the Pokemon world.

With these new Pokemon being added to the game, we’ve also seen the introduction of new lure modules that have unique effects, depending on which ones you use.

The specific lure module you need to evolve Nosepass into the mustachioed Probopass will be the Magnetic Lure – a lure which will pull in electric, street and rock-type Pokemon.

This Lure Module is crucial when it comes to evolving Magneton to Magnezone – in fact, at the time of writing, it’s the only way of making the magnetic Pokemon more powerful.

Read on below to learn everything you need to know about the evolution and if it’s worth doing.

How to evolve Probopass in Pokemon Go:

To evolve into Probopass you will need a Magnetic Lure module. Players can get this by buying one at the store for 200 Pokecoins (and we’re also told there will be special research later in the year that will introduce it to players without the need to spend coins).

If you don’t want to spend money, Magnetic Lures will cost four days worth of Pokécoins from defending gyms.

Once you have a Magnetic Lure in your possession, simply touch the Pokestop you’re at and add it to the location.

Then, in your Nosepass info screen, you should have the option to evolve – something that isn’t there if you’re not in range of a Lure. Note: you have to spin the Pokestop first.

How many candies do you need to evolve Probopass?

As long as you have at least 100 Nosepass candy you can evolve Nosepass to Probopasss.

Is Probopass good in Pokemon Go?

Well – you gotta catch’em all, right?

Adding Magnezone to your collection will go a long way, but there are definitely more popular Pokemon you can get with the new Lure Modules.

For example, you can evolve Eevee to Glaceon or Leafeon.

Originally found in the Sinnoh region, it is vulnerable to Fighting, Fire and Ground-type moves.